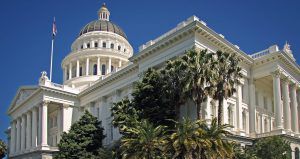 One victory, a May 28 state Supreme Court ruling, is especially timely since it stemmed from the fatal police shootings of two unarmed black men in 2014, Michael Brown in Ferguson, Missouri, and Eric Garner in New York City.

There were demonstrations of protest across the country about the deaths of Brown and Garner, including one in Berkeley.

The Hayward Police Department provided what’s called “mutual aid” to Berkeley police in dealing with the demonstration and afterwards, the National Lawyers Guild submitted a request, under the California Public Records Act, to Hayward officials for video footage from body cameras that their officers wore.

Hayward charged the Lawyers Guild just $1 for each DVD containing body camera video, but also $3,246 for staff time in redacting confidential information from about seven hours of recording.

That extra charge led to a lawsuit that wound up in the Supreme Court, which ruled that the city was wrong in claiming that redaction was the same as “data extraction,” for which it could legally charge.

“We conclude the term ‘data extraction’ does not cover the process of redacting exempt material from otherwise disclosable electronic records,” the court declared. “The usual rule therefore applies, and the city must bear its own redaction costs.”

Otherwise, Justice Leondra Kruger wrote, the cost of requesting electronic public records could be prohibitive and would be contrary to the California Constitution’s guarantee of a right of access to information.

“This decision is great news for government transparency and accountability,” David Snyder, executive director of the First Amendment Coalition, said in a statement. “It will prevent government from erecting significant cost barriers to public access, thus ensuring the public gets the information they’re entitled to under California law.”

The ruling came down three days after the suffocation death of George Floyd by a Minneapolis policeman’s knee on his neck, igniting waves of protest that continue. It will affect the inevitable demands for police body camera recordings from those demonstrations.

The second win for transparency occurred in the Capitol earlier this month, when legislators proposing to change legislative procedures for emergency situations backed off in the face of criticism.

As outlined in this space earlier, Assembly Constitutional Amendment 25 would allow the Legislature to operate by remote control whenever the governor or president had declared an emergency, such as the current one for COVID-19.

Legislators could vote electronically from outside the Capitol, votes could be cast by proxy, the public could be excluded from legislative meetings, and videotaping of legislative proceedings, with rapid access by the public, could be suspended “if compliance is not practicable…”

The sponsors of the voter-approved constitutional requirement for videotaping and other transparency procedures, former Assemblyman Sam Blakeslee and Stanford University physicist Charles Munger Jr., raised a stink about the measure, saying it “guts transparency.” Sponsors of ACA 25 retreated, dropping provisions for suspending videotaping and barring the public.

There remains, however, one bit of troubling language in ACA 25. The Legislature could still invoke its procedures when an emergency is proclaimed “within the state, or parts thereof,” which could mean just in one county.

That may appear to be a minor point, but legislative history tells us that officials will exploit any procedural loophole to do what they want to do. ACA 25 needs one more tweak to be acceptable.