Become a Member
Read Today's E-edition
Share This
From the Editor: We all pay when newspapers die
Share this
Sean Scully

It’s always sad when a beloved local business closes. We all have memories of our favorite long-gone restaurant, or of shopping with our parents at some defunct department store.

Usually, however, the direct financial and social effect of a business going under is confined to the owners, employees and most loyal customers.

What happens, though, if the closure of a business goes on to have an effect on everyone, to change the very way a community works?

There’s a growing body of evidence that this is exactly what happens when a newspaper closes.

As is well known, newspapers – and other traditional media outfits, too – are suffering a prolonged economic crisis. It isn’t that people don’t read or want news, but rather there have been profound changes in the advertising market that used to bankroll most of the expensive process of collecting and presenting news. In the case of newspapers, this is particularly a problem with the formerly lucrative classified ad market, which was devastated by the internet.

A 2020 study by the Hussman School of Journalism and Media at the University of North Carolina found that about a quarter of all newspapers in the U.S. had closed completely since 2005, about 300 total. For the rest of the newspapers that survived, including the Register and its weeklies, the story was one of reduced staff and consolidated services.

In the 15 years covered by the report, about 6,000 newsroom jobs disappeared at newspapers, and that doesn’t count the jobs lost in advertising, production, circulation, and other functions.

You might well ask: So what? Businesses close all the time in the face of competition and changing consumer tastes and behavior. That’s just the nature of economics.

A 2018 study from Notre Dame and the University of Chicago suggests that a lot more is at stake.

The researchers looked at cost of government in cities and counties where newspapers had closed. They found that the cost, measured in the form of the cost of bonds sold by the local government, went up substantially in the years following the closure. They controlled for all sorts of factors, including the general economic condition of the area, and found a clear connection between the escalation of cost and the death of the news outlet.

A 2010 study from MIT and Stockholm University, meanwhile, showed a clear connection between the level of press coverage and the engagement and knowledge of voters. Voters in such areas were “less likely to recall their representative’s name and less able to describe and rate him or her,” the authors wrote. “Congressmen who are less covered by the local press work less for their constituencies…”

That has real-world effects, including lower overall federal spending in a congressional district that lacks robust news coverage, the study found.

Similar effects have been noted in the behavior and budget priorities of local officials, who are less responsive and more willing to raise taxes or even their own salaries when there is little coverage of their actions.

An interesting recent study showed a less predictable result of the decline of local coverage: an uptick of corporate misbehavior. Researchers at several institutions, including the Harvard Business School, looked at databases of state and federal regulatory actions against corporations and identified a clear pattern: in markets where newspapers had closed, the number and severity of citations and fines by regulators went up markedly in following years.

In all these cases, the question of “why” remains open, but the authors speculate that is as simple as the fact that nobody is watching the politicians and companies, that projects that are funded by bonds aren’t written about or familiar to the public. The authors of the study on corporate misbehavior noted that even in communities where the existing newspapers weren’t investigative powerhouses, the mere fact that a state or federal citation might become public via the newspaper seemed to restrain corporate leaders when they considered cheating or cutting corners.

All this is to say that local news matters in a real and tangible way. A lack of local news coverage will cost you money in ways you might not have predicted.

The Napa Valley Register has been hit by the same negative economic forces as the rest of the industry. We’re not in any danger of going out of business anytime soon, but our resources are definitely more strained than they ever have been.

Demand remains high for our news, however. If you combine print and digital subscriptions, we actually have more subscribers now than we did when I started as editor in 2014. It’s just that the changes in the ad market have shaken up the traditional method of financing our business.

That’s why I talk so often about the support of subscribers. It’s largely up to our readers to make sure that we and other remaining newspapers can survive well into the future.

So, as always, if you are a subscriber, we thank you for your support and your faith in us as a reliable source of local news.

If you’re not a subscriber, but you find value in what we do (and you don’t want all those bad things researchers found to happen here), please visit napavalleyregister.com/members/join and consider becoming a member today.

Every member of this community, whether they know it or not, has a stake in making sure our local newspapers survive.

From the Editor: Protecting a national treasure

Napa County is special, but it takes effort — and plenty of money — to keep it that way, Editor Sean Scully says.

From the Editor: A terrible day in the newsroom

Editor Sean Scully reflects on the bright side of a day when we make a terrible mistake.

From the editor: The difference you are making

From the editor: Hunting for logical faults

Even if you’ve never heard of "logical faults," you’ve certainly encountered them. They are common fallacies or flaws in arguments and debates – so common that they have names.

From the Editor: The Empty Nest Syndrome

In less than a week, Editor Sean Scully and his wife will be among the fabled Empty Nesters. It's not an easy transition.

From the Editor: The moment everything changes

From the editor: Small but mighty

Editor Sean Scully says he may be the only person in America who celebrates Trafalgar Day.

Commentary: The richness of diversity

Editor Sean Scully reflects on the way waves of immigrants that transformed his hometown.

From the editor: Journalism, like freedom, is not free

Editor Sean Scully responds to some important questions by a reader.

From the editor: Why the unusually crude language?

From the editor: The time of my life

Editor Sean Scully reflects on the adventure of leading the Register.

From the Editor: We still matter to you

In his final column, outgoing Editor Sean Scully reflects on what he got done and what he didn't. 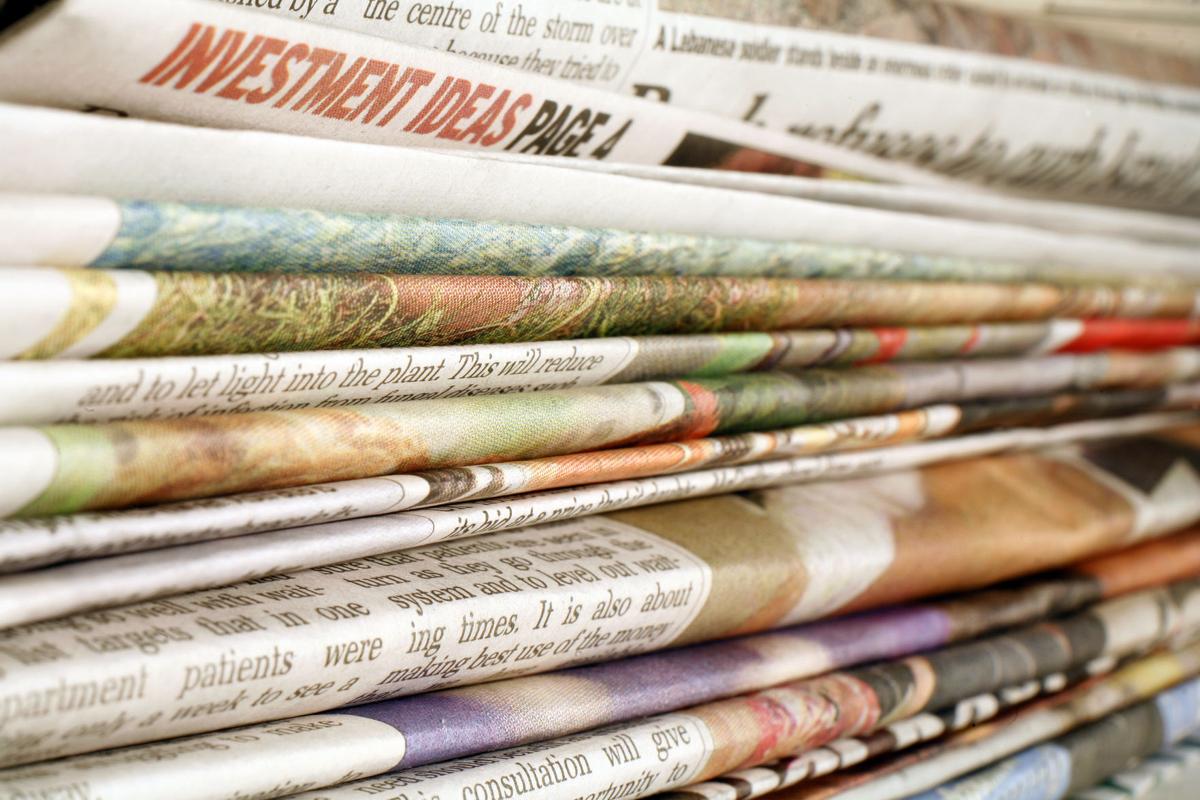