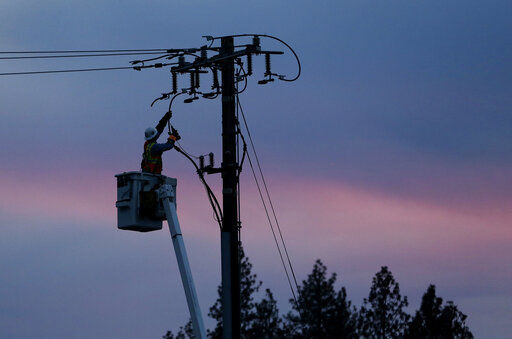 There is plenty of reason for Californians to despise the state’s Public Utilities Commission, the five-person appointive body that sets electric, natural gas, and some water prices while controlling other practices of big utility companies like Pacific Gas & Electric, Southern California Edison, and San Diego Gas & Electric.

Here’s just one example: After Cal Fire investigators found PG&E negligence in 2017, 2018, and 2019 caused several of the largest and deadliest wildfires in California history, the PUC rubber-stamped Gov. Gavin Newsom’s plan to dun consumers more than $13 billion for costs of future fires PG&E and its brethren are likely to cause.

Why did this happen? Quite possibly because PG&E has been a major donor to Newsom’s political campaigns almost from the time former San Francisco Mayor Willie Brown started him in big-time politics with an appointment to his city’s board of supervisors.

This has not yet become an issue in the recall drive to oust Newsom, but when candidates to replace the governor get wind of a recent poll, it just might. The survey, sponsored by a group called RecallCPUC found this spring that 64 percent of Californians want to get rid of the commission.

The group, said termed-out former Democratic Assemblyman Mike Gatto of the San Fernando Valley area in Los Angeles, will likely try to assign most PUC functions to various existing state agencies, all under direct or indirect control by the governor. That is not yet final; an initiative is planned for the fall 2022 ballot.

It’s actually not a bad idea to remove the five present commissioners, who serve staggered six-year terms and are virtually impossible to dislodge once appointed by a governor and confirmed by state legislators.

For this agency has spent most of the last century in the pocket of the utilities it is supposed to regulate. Time and again, the commissioners favor the companies over their customers, leaving California electric rates the highest in the contiguous 48 states.

No one knows for sure where the PUC’s powers would migrate under the nascent ballot measure, but if, as now seems likely, it would put most PUC functions under the control of the governor, things could be even more political and campaign donation-driven than they are now.

A better solution — and there’s still time to get this into the initiative — would make the commission elective.

Similar things have been done, most recently with the state insurance commissioner, who until the late 1980s was under the governor’s purview.

Back in 1988, California’s car and property insurance rates were the highest in the nation. Then a consumer group called the Foundation for Taxpayer and Consumer Rights (now called Consumer Watchdog) and its leader Harvey Rosenfield ran an initiative that made the insurance commissioner an elected official.

Since then, California insurance rates have risen slower than those in any other state, saving customers more than $100 billion over 32 years.

It’s now high time to regulate utility companies as firmly as insurance firms and to make utility commissioners responsible to the public and the voters they were supposed to serve all along.

No industry has been cozier with those regulating it than utilities, which regularly get large rate increases, deserved or not. Debacles like the massive wildfires, the Southern California Edison blunder that caused the closure of the San Onofre Nuclear Generating Station, and the deadly 2010 San Bruno gas pipeline explosion never dent these companies’ ever-rising rates and guaranteed income.

Newsom promised during his 2018 campaign that he would “not be timid about this or anything else. (Ex-Gov.) Jerry Brown said reform is overrated. I say it’s underrated.”

Then Newsom proceeded in the opposite direction, appointing one PUC member after another to behave like utility lapdogs.

All this leads to the reality that Californians are ready to see the PUC taken down a peg or three from its current exalted, almost untouchable position.

The best way to do this is to make the powerful agency political — that is, subject to the will of the voters. It could be done as soon as the fall of next year.