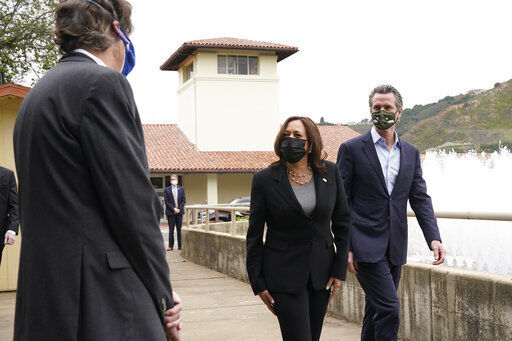 As the signatures that qualified the Gavin Newsom recall election for a statewide vote began arriving in big numbers at county recorder’s offices around California, the governor soon realized he could no longer ignore the threat.

Rather, it was time for him to speak up, and also to begin seeing this as the opportunity of a lifetime to establish a brand as a courageous, defiant Democrat who will not be intimidated.

That’s why just two days before the St. Patrick’s Day deadline for submitting signatures, Newsom began emailing past supporters regularly to declare he will not take the clear threat to his job and his future lying down.

“I’m going to fight because there’s too much at stake in this moment,” he declaimed. “I am not going to be distracted from the critical work (needed) to move us forward in California. That means getting more vaccines in people’s arms, more people back to work and more kids back in the classroom.”

By listing those three categories, he essentially announced he would take on every theme the recall organizers have raised against him.

One charge is that he hasn’t gotten coronavirus vaccines out fast enough. Yet, by the time signatures were verified, more than two-thirds of all adult Californians had received at least one shot, a higher percentage than in any other state. Sure, Newsom admitted in his State of the State speech a month earlier, he’s made mistakes. But California, with 12 percent of the national populace, has suffered less than 10 percent of the national death toll.

With 143 deaths per 100,000 population, California has done far better than Republican-run states like Massachusetts, Arizona, Louisiana, Mississippi and the Dakotas, all with death rates exceeding 210 per 100,000 persons. That comparison grows more favorable to California every day.

Has saving lives been worth the economic sacrifice? That depends on the priority you place on human life vs. people’s earnings.

Newsom also started sending kids back to school en masse in early April, partly enabled by more than $6 billion in state funding he pushed through the Legislature.

Would any of the leading Republicans in the current recall replacement field have done as well? No one can be sure, but none has presided over an effort even close to the size of what Newsom organized.

Also, none of the significant entrants, those with followings including more than their friends and neighbors, is a Democrat. That’s important in a state where Democrats outnumber Republicans almost 2-1. For this recall to win, it will have to draw a big majority among no party- preference-voters, but in every recent election, a majority of them went Democratic.

That leads Newsom and the state’s Democratic Party organization to label the effort to oust Newsom “the Republican Recall.” Major national figures from all wings among the often fractious Democrats are publicly opposing the recall, even though a rejuvenated Newsom could interfere with their own president ambitions.

Said New Jersey Sen. Cory Booker, once a Stanford tight end, “Defeating this cynical Republican recall will be one of the most important priorities for Democrats this year.”

Newsom, thus, has already done much of what he needed to do to emerge as his party’s hero, rallying its major figures, getting vaccinations out and pinning the toxic-in-California Republican label on the effort to dump him.

Now he merely needs to affix the Donald Trump tag onto it, too. Given the links between the ex-president and GOP hopefuls like John Cox, Kevin Faulconer and Richard Grenell, that shouldn’t be too hard.

For sure, if other Democrats are already calling this a Republican power grab, it won’t be long until Trump – the least popular Republican presidential candidate California has seen since Barry Goldwater in 1964 – is involved, like it or not.

The differences in approach to the pandemic may become important if the two governors are rivals for the presidency, columnist Tom Elias says.