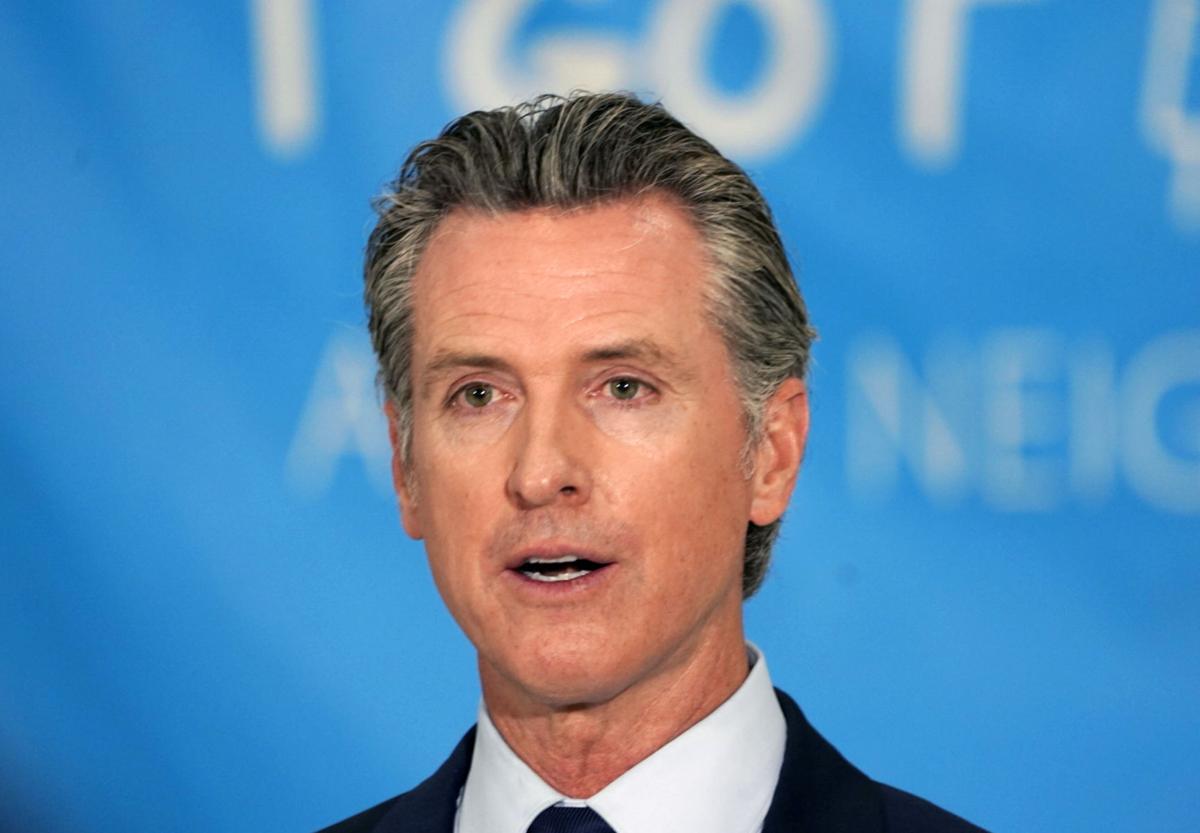 In this May 27, 2021, file photo, California Gov. Gavin Newsom speaks during a news conference in Los Angeles.

For decades it was a truism that for a Republican to have a chance in a statewide election, they would first need to win a majority of 250,000 votes or more in Orange County, the firmest conservative bastion in California.

Republicans will apparently need a new formula, though, in order to unseat Gov. Gavin Newsom in the upcoming recall election.

That’s the most immediate takeaway from both the 2020 election results and a springtime poll conducted by city of Orange-based Chapman University, an increasingly prominent Orange County institution.

This was a hugely worse performance than Republican businessman John Cox turned in against Newsom in 2018, when Newsom won the county with 50.1 percent of the vote. It means either that tens of thousands of 2018 Republican voters turned against Trump last year, or that more and more Democrats are moving into the county, just south of Los Angeles.

The Chapman survey also found the OC is much greener in its outlook than 10 years ago and that under-40 voters tend to support the Democratic agenda of climate change action and government programs to solve problems far more than their older neighbors.

Those sentiments are what recall supporters must overcome if they’re to reverse the 2020 tide and oust Newsom, who repeatedly labels their effort a “Republican power grab.”

For the old truism still holds to a large degree. If Republicans can’t do much better in Orange County — one of the few places in the state where party registration is not completely dominated by Democrats — they will have no chance to win the recall, unless one or two major Democrats jump into the recall field and thus remove its currently strong GOP identity.

That identity is one big reason only about 40 percent of Californians surveyed in several recent polls have expressed intent to give Newsom an early exit. The percentage is quite similar to the vote that most Republican candidates have gotten in recent statewide elections.

It’s those younger voters — especially the under-30s — who now give the Democrats much of their edge, both in Orange County and elsewhere.

Young voters went for Biden over Trump by a margin of more than 57-43 percent last year, while their elders voted for Trump by about 52-48 percent.

So far, there’s no documented reason to believe they will turn against the Democratic incumbent governor this year in numbers anywhere close to the majority needed to kick him out.

But so far, none of the significant Republican recall candidates has even attempted to adopt positions like those the Chapman survey showed are most favored by the majority of Orange County voters, let alone by the under-40 contingent among them.

Chapman reported that the change in the OC’s viewpoints comes because “older, more conservative residents are exiting the county population and are being replaced by younger, more moderate-to-liberal residents.” That’s a politic way of saying the older, more conservative Orange County voters on whom Republicans once depended are now dying out or moving out.

Said Chapman Prof. Fred Smoller, one of the survey’s authors, “We’ve found the (OC) is not nearly as conservative as its portrayal in the national media.”

That will have implications beyond the recall. Whether it wins or loses, the changing complexion of Orange County threatens the GOP’s ability to hang onto the congressional seats it won back there last year, after they had been held by Democrats for the previous two years.

These formerly solid Republican seats now figure to become swing districts that can go either way in any given election, a major change with implications both local and national.

But the most immediate portent might be for the recall, which has virtually no chance of polling a 250,000 majority in Orange County this year, something that might doom it long before the vote is taken.

In this May 27, 2021, file photo, California Gov. Gavin Newsom speaks during a news conference in Los Angeles.