Thomas D. Elias: The credibility problems on both sides in recall
Share this
{{featured_button_text}}
1 of 2 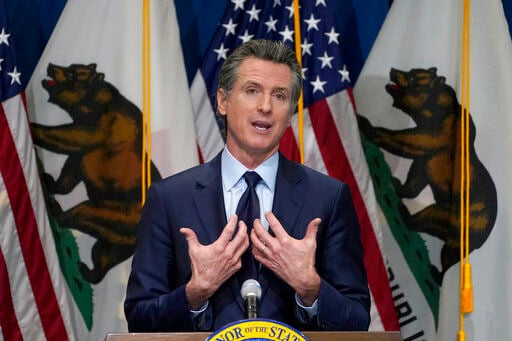 From their first day of circulating petitions targeting Gov. Gavin Newsom, backers of the upcoming recall election attacked his credibility.

They make some strong points, but those same organizers also suffer credibility problems of their own.

Their favorite target all along has been Newsom’s notorious dinner party last fall with lobbyist pals at Yountville’s super-pricey, Michelin-starred French Laundry restaurant. It was largely indoors at a time when Newsom’s administration had banned inside restaurant dining, and the crowd was above the state-imposed limit also enforced by the governor.

How credible was his professed concern over COVID-19, when he combined this event with sending his own children to in-person private school, while mandating closure of virtually all public schools?

Then there were wildfires, which ravaged California last year and figure to be in full flame when the recall vote is held Sept. 14. Newsom trumpeted figures about fire mitigation efforts by the state that turned out to be exaggerated by a factor of about nine. A difference of more than 80,000 acres. The governor tried to let a state bureaucrat take the fall for that lie by admitting he gave Newsom wrong numbers.

It didn’t matter -- politicians are always responsible for the veracity of what emerges from their mouths.

This most recent episode of non-credibility brought caustic comment even from some of the governor’s usual supporters.

And yet, the other side has plenty of its own credibility problems. For one, while circulating the recall petitions, major backers blasted Newsom for mishandling the rollout of COVID vaccines. Many of the same folks spent years before the pandemic inveighing against mandatory vaccinations for schoolchildren against often-fatal diseases like rubella, whooping cough and polio. Now they’re griping about a governor doing whatever he can to get every Californian protected from COVID-19 and its variants?

There are credibility problems, too, among the Republicans working to oust and to replace Newsom. One big example came in late June, with word from something called the Election Integrity Project (EIP) that it has lined up as many as 30,000 poll watchers to “ensure the integrity” of the recall vote.

This outfit turns out to be the creation of a former Tea Party leader for whom California government seems too liberal and too concerned with the welfare of minorities, now a large majority of the state populace when taken together.

The group’s history suggests its real purpose – if it can actually turn out 30,000 poll watchers in September – will be to intimidate voters it thinks will go against the recall.

Then there are some of the positions taken by significant candidates to replace Newsom, all Republicans at this writing. Businessman John Cox, defeated by Newsom by a near-record margin in 2018, announced his plan for solving the homeless problem, one that would essentially force homeless individuals into counseling or therapy whether they like it or not. The trouble is, that tactic runs counter to both state law and a longstanding U.S. Supreme Court ruling.

How credible is a candidate who advocates an illegal practice to solve one of California’s big problems?

So there are no saints headed for this fall’s ballot as yet, and there is plenty to question about both the governor and his political enemies.

The usual outcome of elections that pit negatives against each other is that voters choose the devil they know over the one they don’t.

But there could be a wild card this year: So far, Newsom and state Democratic leaders have managed to dissuade all significant Democrats from entering the list of replacement candidates. But that list is far from complete right now.

If a major Democrat who is relatively scandal-free – like former Los Angeles Mayor Antonio Villaraigosa, for one example – were willing to risk becoming a party pariah for the rest of his life should he lose, the balance of credibility could change substantially.

And then all bets would be off.

Two recent studies prove that Californians are not in fact fleeing the state in disgust, as Republicans insist, columnist Tom Elias says.