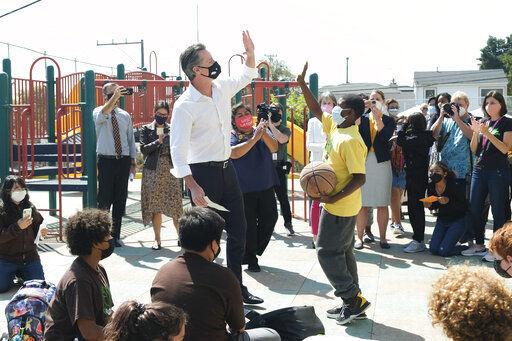 Californians would be well advised to remember well this month’s recall election aimed at firing Gov. Gavin Newsom and replacing him with someone who drew far fewer votes than the no side did on the ballot’s other question.

That’s not because this was a particularly memorable campaign. It wasn’t, except for all the errors by target Newsom and the pack of replacement candidates hounding him. These range from a candidate abusing a bear in order to establish himself as “beastly” to the incumbent neglecting to name his political party on the ballot.

But this kind of special election will likely never be repeated on a large scale in the same format because more than 100 years after the Progressives of the early 20th Century devised it, legal scholars finally realized the current system is unfair and probably unconstitutional on its face.

Yes, the lone lawsuit filed this year trying to stop the recall on legal grounds went nowhere, largely because judges are generally loath to step into strictly political matters.

That alters neither the system’s obvious flaws nor the strong likelihood state legislators will fix them, if only to make life easier for themselves if they should someday be recalled, as happened to one current state senator, Josh Newman of Fullerton, in 2018.

Like Newsom, Sen. Newman was not among candidates folks could vote for at the same time they voted yes or no on the very idea of a recall.

Two years later, Newman came back and whipped Republican Ling Ling Chang, who led the 2018 replacement vote, by about 11,000 votes.

In that recall election, the “no” side on the recall question got more than 66,000 votes, while Chang received a few more than 50,000. By 16,000 votes, the district preferred Newman to Chang, but Chang got the job because, like Newsom, Newman could not be listed among potential candidates.

It was different in the 2003 gubernatorial recall when then-Gov. Gray Davis got 4.07 million-plus “no” votes on the recall question, but movie muscleman Arnold Schwarzenegger pulled more than 4.2 million to lead the replacement field. Unlike Chang, Schwarzenegger won fairly solidly, so the constitutional issue never came up.

It arose this fall, first raised in high profile by Erwin Chemerinsky, dean of the UC Berkeley law school, in a New York Times op-ed. Wrote the dean, “The most basic principles of democracy are that the candidate who gets the most votes is elected and that every voter gets an equal say…” That very nearly did not happen this time.

Until very late in the process, most polls showed the vote nearly even on the recall itself, a “no” essentially a vote for Newsom. No replacement candidate came near Schwarzenegger’s 2003 performance.

This appears to fly in the face of the U.S. Supreme Court’s landmark one-person, one-vote decision and even if defeated on the yes-or-no question, Newsom would appear to have had grounds for a constitutional lawsuit seeking to stay in office.

As unlikely as the high court would be to accept such a case, the message is clear:

This system must change, especially with recall petition campaigns and elections growing more common as time goes by and more voters feeling disgruntled and poorly represented.

All it would take is one small change to the current system and things would be constitutionally hunky-dory: Place the incumbent on the candidate list. Another potential change: Setting up a runoff vote for cases where no replacement candidate wins a majority vote.

There’s every reason to expect state legislators will make at least the change inserting the recall target’s name onto the candidate list if only to help themselves if and when their own recall moments arrive.

Thomas D. Elias: Newsom survives, but may be weakened

Why should responsible citizens pay for the stupidity of the willingly unvaccinated, folks who are eligible and medically able to be inoculated, but refuse nevertheless, columnist Tom Elias says.