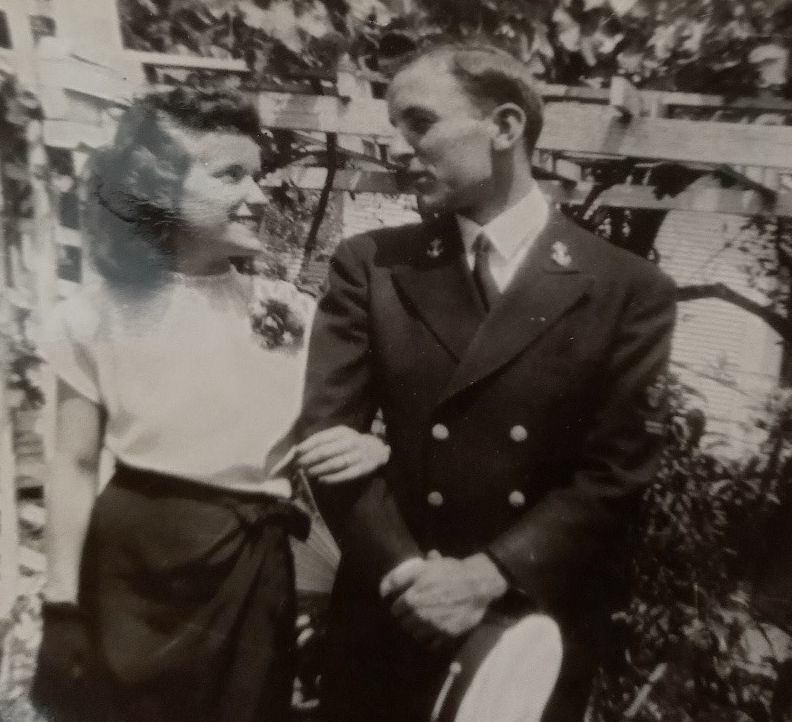 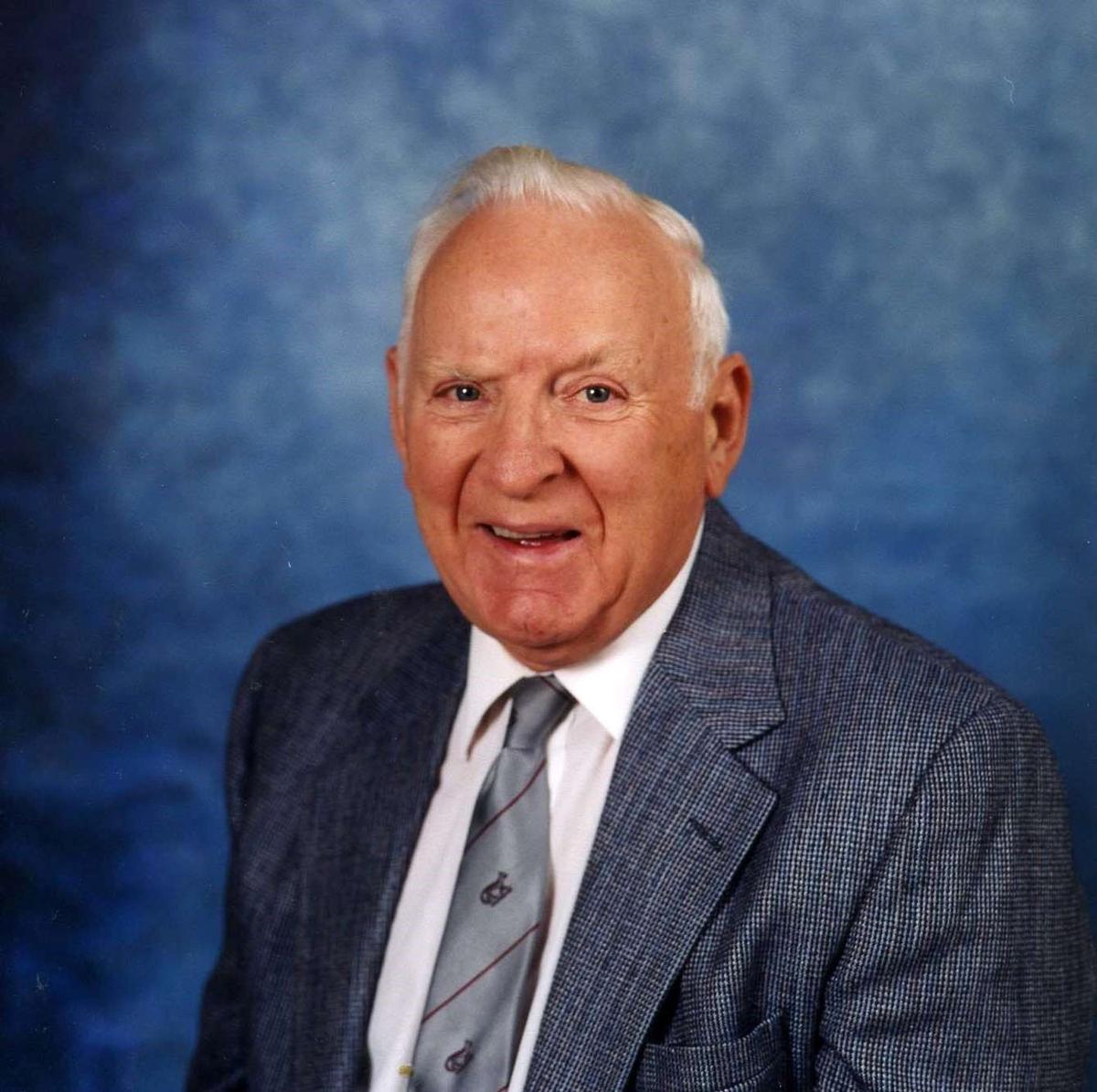 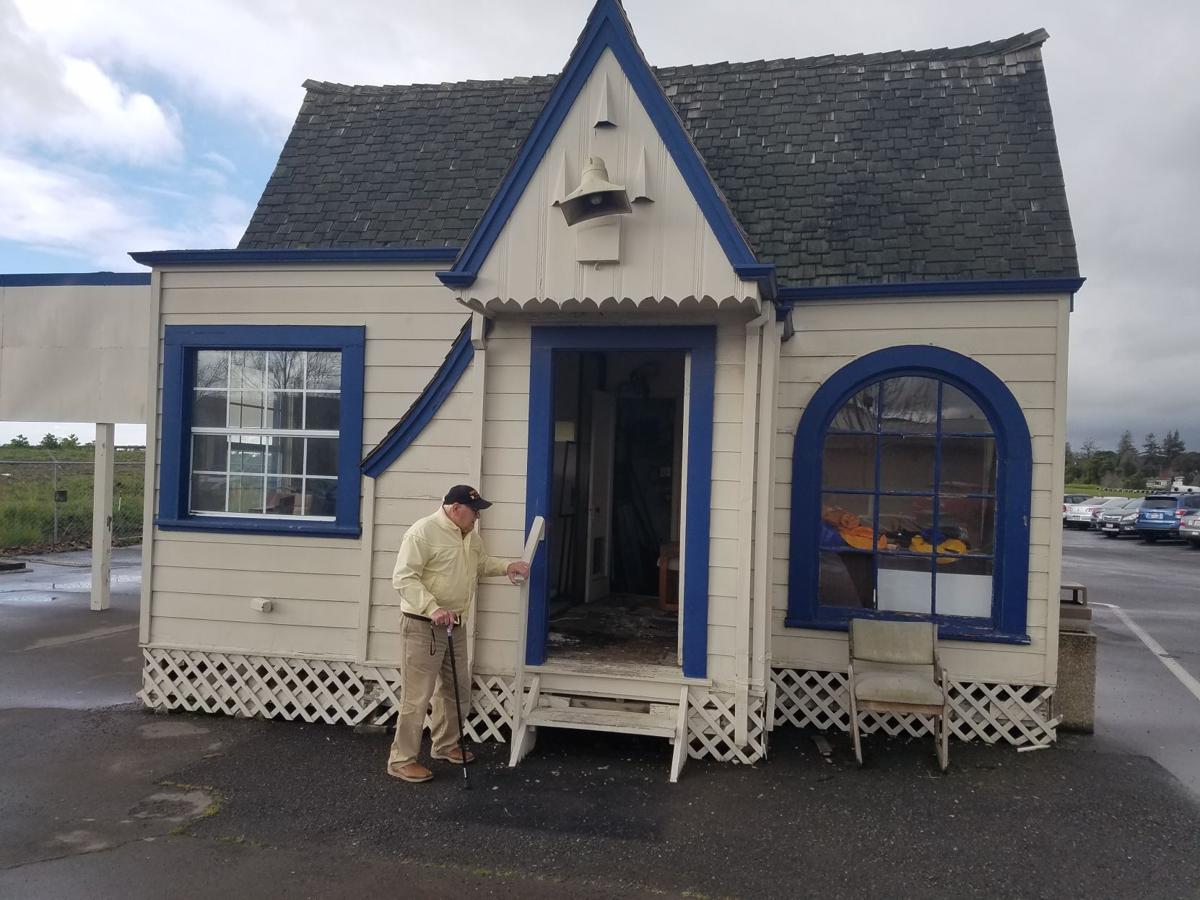 Ed Barwick visits his former auto dealership office on Soscol Avenue before it is demolished. 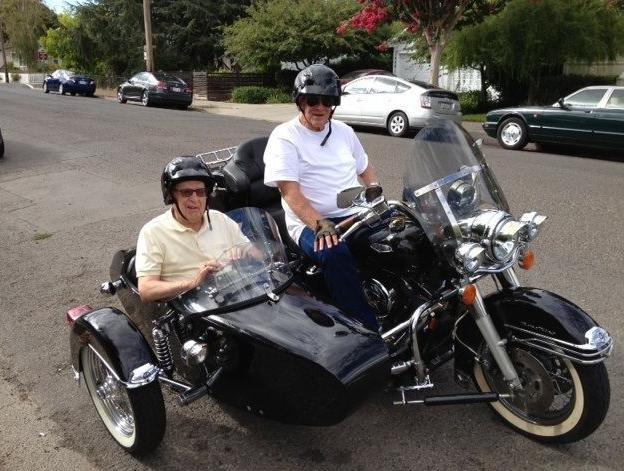 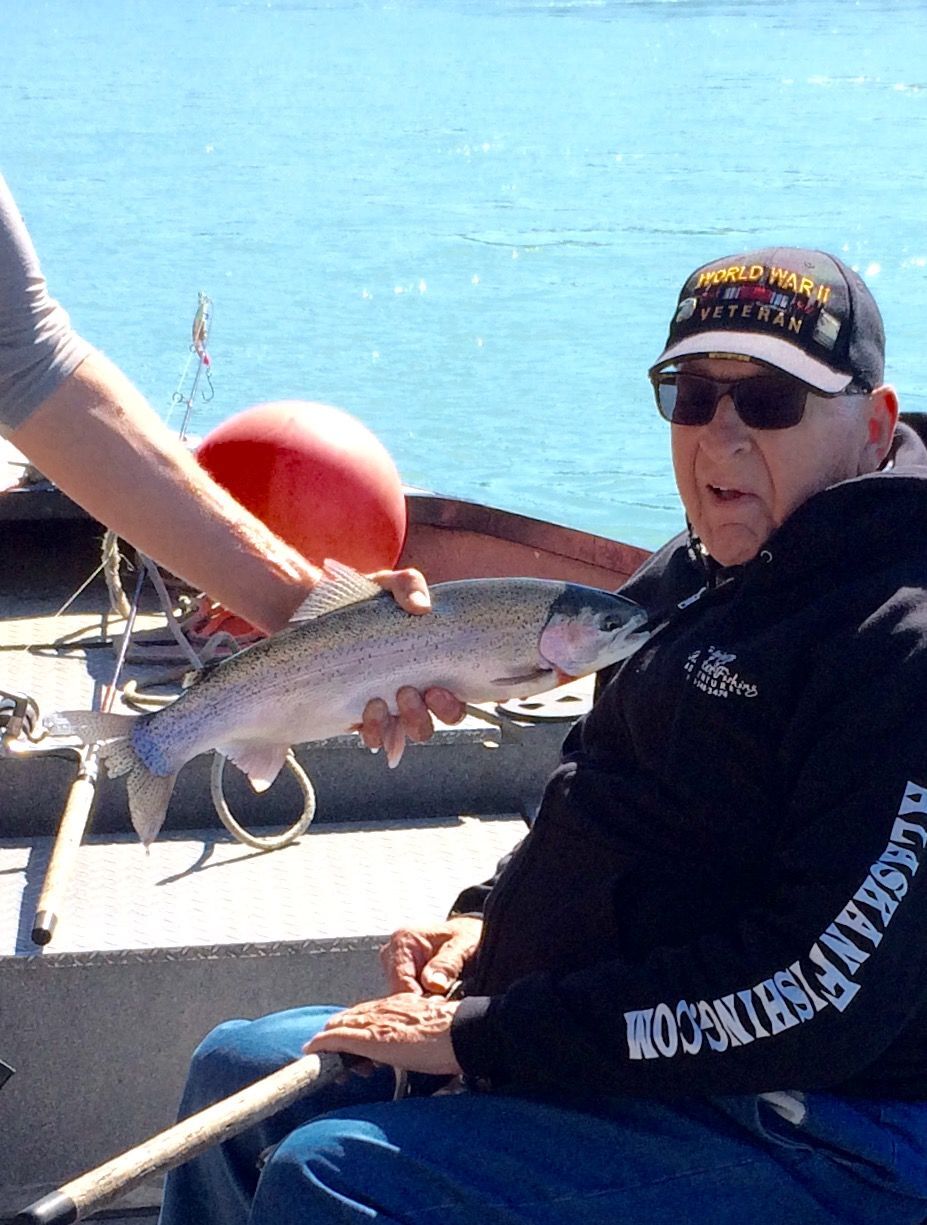 Ed Barwick poses with the catch-and-release rainbow trout he caught on the Kenai River as a guest of Tim and Carol Berg's Alaskan Fishing Adventures.

When Ed Barwick passed away last month, Napa lost one of its great, longtime citizens. His affinity and love for Napa began in 1936 and continued until his passing this Aug. 23. Ed left his mark on Napa in many ways, some of which can be viewed today around town and the valley. He also helped shape Napa’s growth over the years through tireless service to our community.

While Ed’s contributions to Napa are numerous, his most enduring service may well be securing a healthy and long-term water supply for Napa County. As a councilman in the 1960s, he led the successful effort to negotiate a long-term lease with the California Department of Water that gives Napa access to water from the North Bay Aqueduct. Here’s how it happened.

Ed understood early on the importance that water plays in the health of all California cities. When Lake Berryessa (part of Napa County) was created, he argued that Napa County should be the main beneficiary of its water. Unfortunately, the then-Napa County Commission disagreed, and the main water rights went to Solano County. He also argued that Conn Dam should be raised to store a greater amount of water, but again was rejected.

None of this stopped him from pursuing his quest to secure a stable source of water for Napa. While on the Napa City Council in the 1960s he received a call from his college roommate and longtime friend Herb Greydanus, who at the time was a senior administrator of the California Department of Water. Herb was signing up California communities to gain access to the new North Bay Aqueduct.

Seeing a golden opportunity (which he always seemed to find) he led the charge to sign up Napa County. (Ed’s other notable college/Navy roommates included HR Haldeman of Watergate fame and William McGonagle, captain of the USS Liberty during the 1967 Israel-Egypt war and winner of the Medal of Honor)

In honor of his critical role in securing these water rights, in 2011 the newly upgraded and renovated Edward I. Barwick Jamieson Canyon Water Treatment Plant was dedicated. The Napa Register story on Sept. 29, 2011, about the dedication included the following paragraph:

“Ed Barwick is one of those people who sets the gold standard for the phrase ‘good citizen,’” said retired Napa County Superior Court Judge Philip Champlin, noting Napa’s healthy water supply is due in significant part to Barwick’s work in the 1960s through early 1990s. “He’s a patriot, a public servant, a successful businessman, a philanthropist, a community leader, and a family man.”

To many readers of this article, many of Ed’s other numerous contributions to Napa are long forgotten. So, allow me to list a few of the numerous ways he gave back to Napa and served the people: Mayor Pro Tem and city councilman for four terms; Napa County Grand Jury Foreperson; Chair of Napa State Hospital Board; Chair of the Salvation Army Board and Napa Red Cross: Queen of the Valley advisor and financial supporter; Member and past President of the noon Rotary Club; Elks Lodge former Exalted Ruler; Gasser Foundation Trustee for 20 years; Napa High football announcer for 41 years; Napa College professor; successful business owner; mentor to a lucky few; father of three and loving husband.

He was also a generous philanthropist who contributed to many Napa non-profits and charitable organizations. What’s more amazing is that even this long list is incomplete, but it does highlight his best-known contributions to Napa.

Let’s do a short tour of where you’ll see signs of Ed around Napa. At City Hall, you’ll find him amongst the list of past mayors and council members. At the Napa football stadium, you’ll find a plaque with his name just outside the Napa locker room to honor his many years as stadium announcer (and player from 1942-1944 and member of Napa’s Sports Hall of Fame). At the Elk’s Club, you’ll find his picture among the list of past Exalted Rulers. And as you drive around Napa look at the cars that still have his Ed Barwick Motors license plate frames (someone is actually selling them on eBay for $39.99).

Community, friends, and family were Ed’s passions. He did have one hobby that started as a young man and continued until his passing. That hobby was all things associated with cars, including buying, selling, restoring, collecting, speaking and everything else to do with automobiles.

To best sum up the passion Ed Barwick felt for Napa and its people you only need to listen to his own words. At his retirement party in July of 1992, the first sentence of his talk clearly said what he thought about Napa and its people: “We, the people of Napa, are truly among the chosen for living in a special community, made up of people like you.”

Author’s Note: The author and contributors to this article want to thank The Napa Register for allowing us to share Ed Barwick’s story with their readers. We are the lucky ones because we lived many of these moments with him. In covering Napa, The Register has also documented Ed’s many contributions over many years. His life will be remembered in their pages.

On Friday, Oct. 8 Ed Barwick’s family welcomes all those who want to remember and celebrate Ed Barwick’s amazing life to join them at the Elk’s Lodge in Napa. The ceremony starts are 2 p.m. His longtime and good friends retired Judge Champlin and retired Pastor and Vintage High Principal Harrell Miller will preside over the ceremony. The Elk’s Lodge requires masks be always worn while inside the facilities.

Bruce Barwick is Ed Barwick's son. He received assistance with this piece from other family members and friends.

Our weekly round-up of letters published in the Napa Valley Register.

Our weekly round-up of letters published in the Napa Valley Register.

I found an early Christmas present this past year sitting on our front porch. I first thought it was from Santa, but no, it was from a longtim…

Queen of the Valley Foundation raises $276,000 at Stars event

Queen of the Valley Foundation’s annual “Reach for the Stars, The Queen’s Celebration,” raised $276,000 at its 25th annual fashion show and lu…

More than 30 years after leaving the City Council, Ed Barwick has left Napa with a gift.

I read with interest Sean Scully’s piece in the Register regarding the drought ("An end to the drought?," March 13).

Queen of the Valley Foundation will hold its 23rd annual “Reach for the Stars” luncheon and fashion show Saturday, March 26, at the Silverado …

Growing your own business in Napa requires dedication to quality service, and also a genuine interest in your local community.

Retired Napa firefighter remembers the 1989 earthquake that struck on Oct. 17, 32 years ago this week.

A legal career that began with his 1964 arrival in Napa ended when Champlin heard his final cases this month.

Ed Barwick visits his former auto dealership office on Soscol Avenue before it is demolished.

Ed Barwick poses with the catch-and-release rainbow trout he caught on the Kenai River as a guest of Tim and Carol Berg's Alaskan Fishing Adventures.