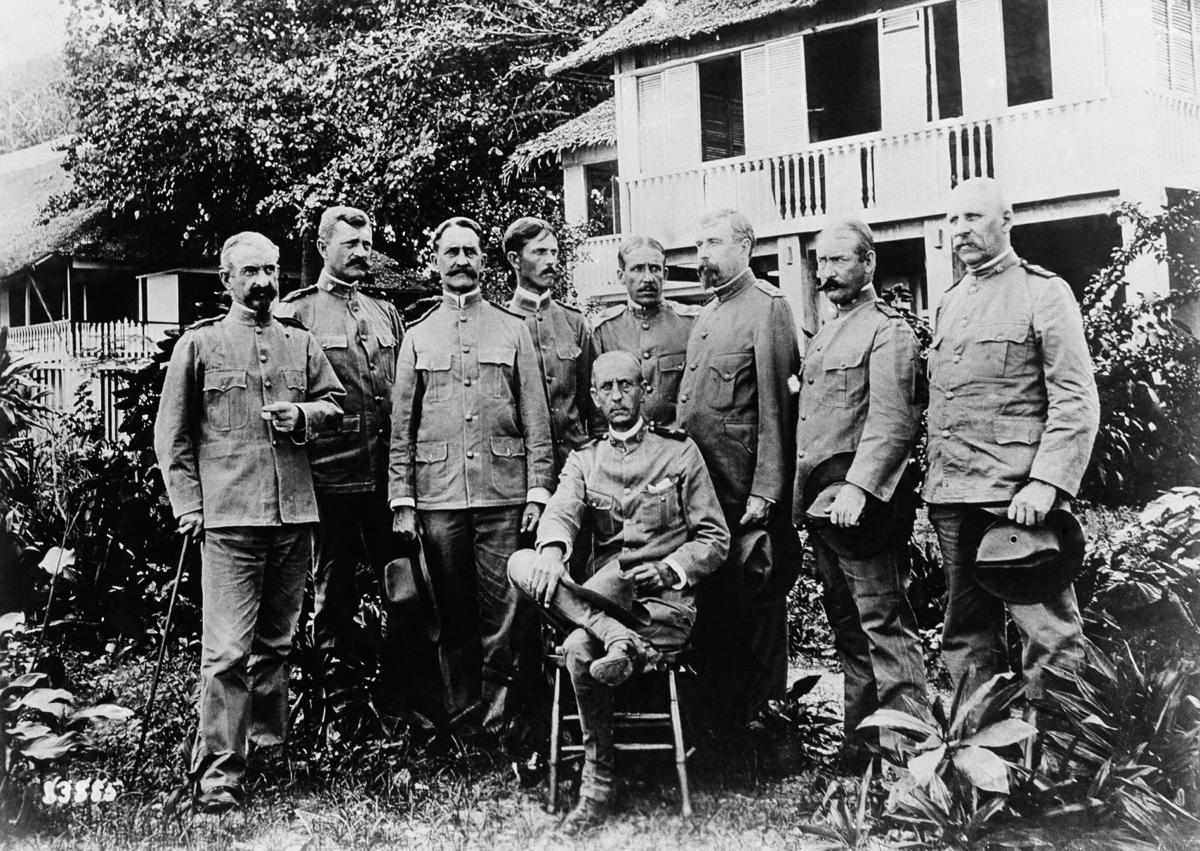 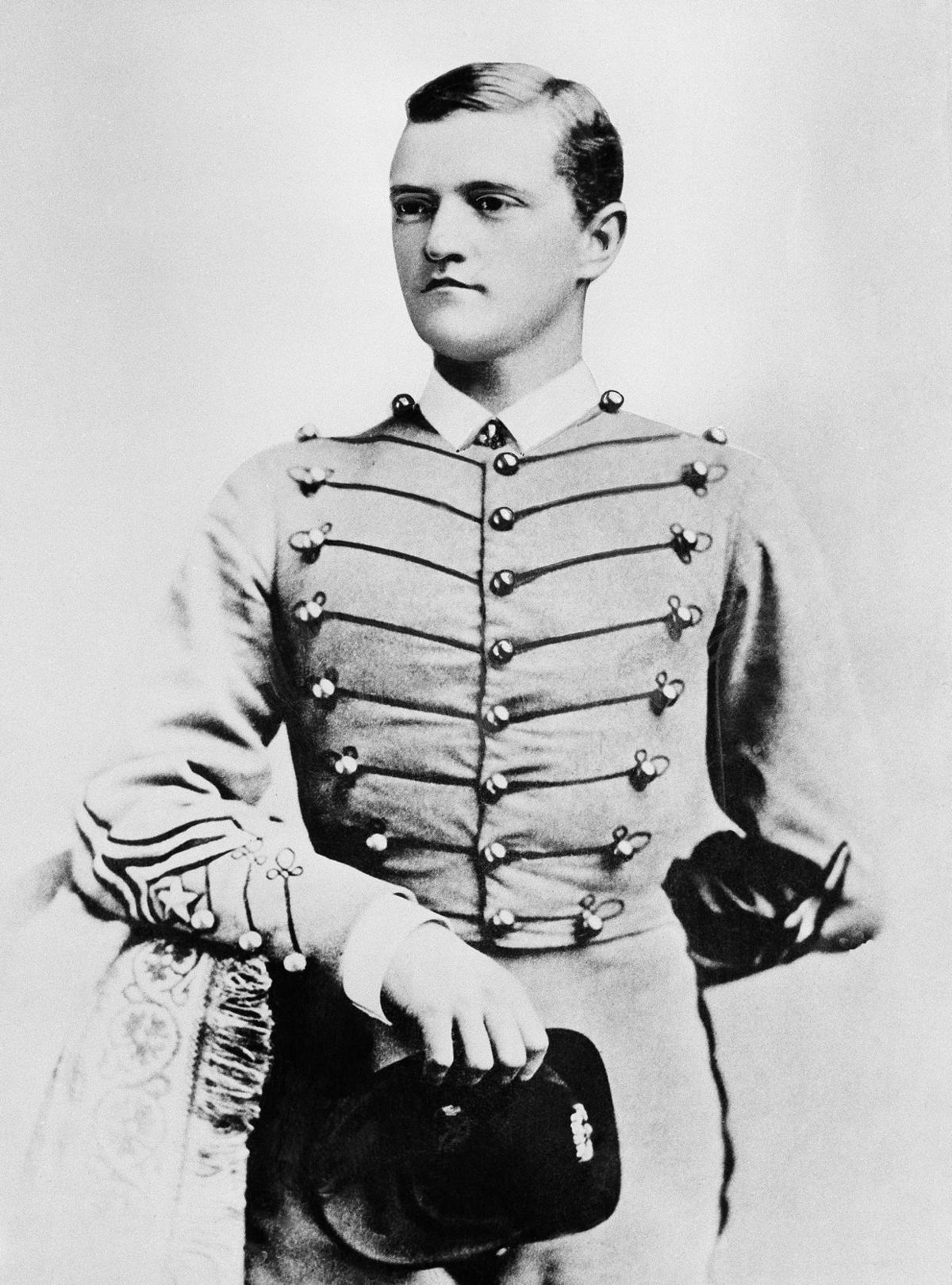 John J. Pershing as a Captain of Cavalry in 1901 while in the Philippines. (AP Photo) 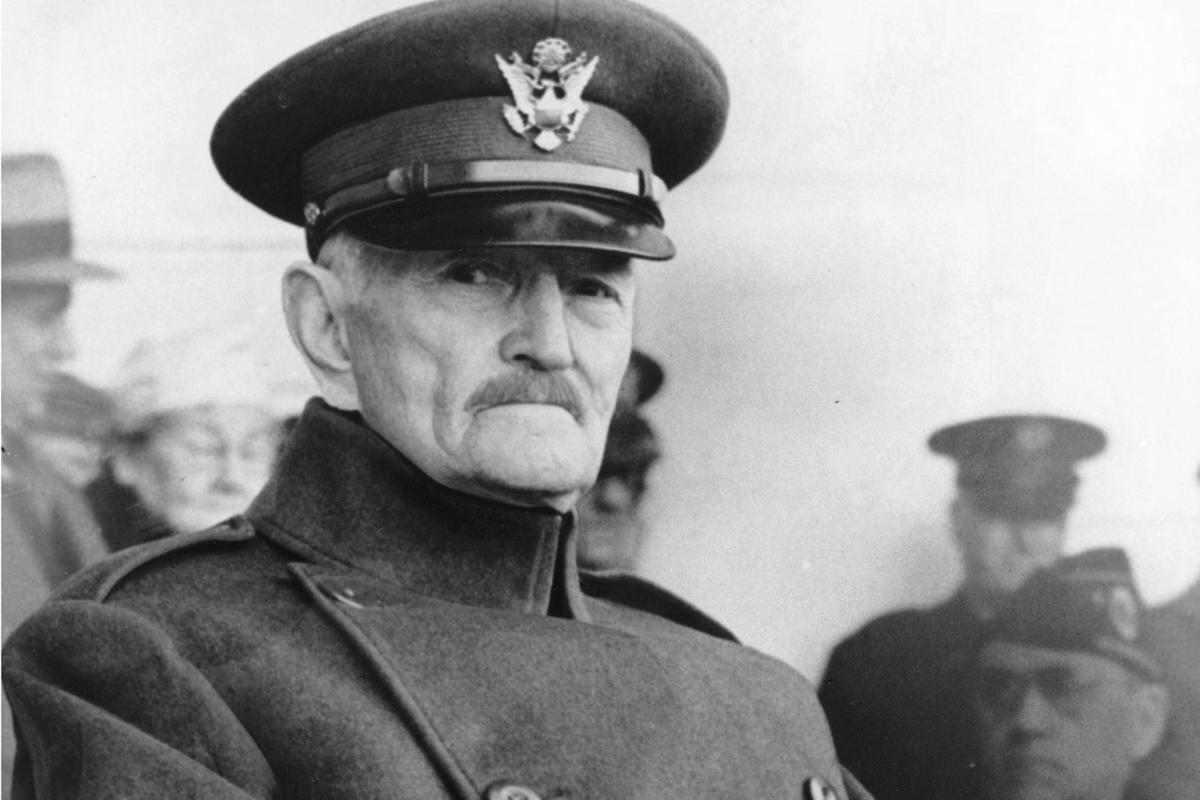 The long war between American forces and Moro rebels in the Philippines made the soon-to-be-legendary Gen. John J. Pershing an accomplished master of anti-guerrilla strategy and tactics.

An aging U.S. Army career officer, age 38, Then Capt. Pershing seemed at first eager for more combat experience when assigned to Manila, in the northern Philippines on Aug. 17, 1899.

Pershing’s job was to pacify the militant faction of the so-called “Moro Rebellion” after other American forces had subdued the Filipinos’ “Insurrection” in the northern islands. Fanatically independent, the Islamic Moros in the south refused infidel rule by outsiders including the Spanish, the Filipinos, and now the Americans.

To Pershing, the Moro people were “savage,” yet he comprehended the key to peace with them was that “one must first win their confidence.” Jealous of their own religion, most of the Moros he met regarded themselves as “good Mohammedan[s].”

Dismayed at this inordinate loss of American lives, department commander Gen. Adna Chaffee had Baldwin promoted “upstairs,” effectively maneuvering him out of the Philippines and back to Washington, D.C. The new field commander was Pershing, whose indirect approach to dissident Moros was in first conducting negotiations and later if necessary, dealing with their cottas by implementing semi-circular sieges, which left a rear escape opening for them so as to avoid mutual bloodshed.

A captured abandoned cotta was destroyed, which deprived the Moros of a fort and was also a coup against their proud morale.

In early 1903, Lake Lanao became the site of Pershing’s “high noon” with the local Moro tribe. At Bayan village, the imam, Sajiduciman, told his subjects that since the Americans ate pork (in their canned army beans), to associate with them or be neighbors, much less become friends, would mean an eternal banishment to hell.

Friendly messages from Pershing to Sajiduciman were rebuffed until his final one of peace or war. Escorted by his troops, Pershing met Datu (Chief) Sajiduciman at the latter’s Bayan cotta. The two leaders presented their full forces to each other.

Pershing was given a tour of the cotta’s defensive features, and in response, had his horse artillery fire a demonstration salvo into Lake Lanao. Both egos satisfied that each commanded great pride and strength, the two powwowed around a careworn vintage copy of the Koran in the presence of several other attending Moro datus.

A surprised Pershing was informed that they decided to make him an honorary datu. Pershing made a succinct talk for “peace and friendship,” with the datus in agreement, all pledging upon the Koran that they would always be friends with each other. (To the Moros, each of whose datus personified Moroland, Pershing was therefore the in-the-flesh virtual personification of the United States of America.)

Other Moro tribes were still resistant. At the Bacolod Moro cotta, Pershing resorted to an attack supported by artillery, “pounding the cotta and giving its people a chance to escape; thus when he finally assaulted, there remained in the fort a few desperate characters determined to die fighting.”

Conducting as few battles as possible was his style. Intimidating other isolated Moro tribes into peacefulness, Pershing had his command march around Lake Lanao from May 2-10, 1903. This feat, unmatched by the earlier Spanish colonizers, truly amazed one datu who watched Pershing’s march while seated on the wall of his cotta. Feasting rather than fighting ensued, and Pershing’s higher-up in the Philippines wrote, “I hope Capt. Pershing will be selected for brigadier general.”

Returning again as governor-general of Moro Province on Nov. 11, 1909, Pershing was chagrined to find deteriorated relations between the 325,000 Moros and the American garrisons. Violent feuds in the form of terrorist strikes and U.S. reprisals replaced the fairly stable relations he had earlier labored to bring about.

Juramentados [Christian-killing oath takers) would suddenly spring up in village centers, slashing with their krises (20-inch, double serrated notched swords) any infidels present, fleeing or fighting-until they were riddled with bullets—sending them to heaven. (An “amuck” Moro secularly slayed non-Christians, even his kin.)

Gen. Franklin Bell, supreme commander in the Philippines, told Pershing to feel free to pursue the British army’s anti-Muslim tactic in India by burying a pig—a detested, impure animal to Islam – In a mass grave of Islamic Moro terrorists. Bell promised him support if this would cause a “humanitarian” outcry from the States.

Pershing noted, “The Juramentado attacks were materially reduced by a practice the army had already adopted; [their dead] bodies were publicly buried in the same grave with a dead pig — which the Mohammedans held in abhorrence — the prospect of going to hell instead of [to] heaven sometimes deterred the would-be assassins.”

Broadly he realized that total Moro disarmament was the answer if all of Moroland was to become truly pacified.

On Sept. 8, 1911, he issued Executive Order No. 24, making it illegal for any person to have firearms or edged weapons (longer than 15 inches). The Moros turned in some weapons (while caching others), but when U.S army camps on Jolo were attacked, leaving one dead soldier and three wounded, Pershing launched a military expedition against the Taglibi Moro cotta on their sacred volcanic peak, Bud (Mount) Dajo, stating his resolve “I shall lose as few men and kill as few Moros as possible.” (Pershing thought of Moros as “his children.”)

Three hundred yards from the summit, Pershing established an encircling siege line, while he stealthily deployed a unit of allied Moro Scouts to seize the crater, isolating the Taglibi cotta just below. The isolated Moros surrendered, including their rifles and slashing weapons. Pershing’s was a bloodlessly masterful victory.

Farming replaced fighting. Pershing continued the construction of 500 miles of roads, 200 miles of telephone lines, and 37 dispersed “at cost” medical stations for the Mindanao and Jolo Moros.

His fond memories of being quartered with his family at Zamboanga over, Pershing, now replaced by a civilian leader, sailed for San Francisco on Dec. 15, 1913. He went on to become famous leading an American expedition against Pancho Villa in Mexico in 1916 and commanding U.S. forces in Europe during the Great War.

In 1944, a Jolo sultan greeted arriving U.S. officers in the Philippines, claiming to have acquiesced to Pershing when he was a young warrior in 1905. Steadfastly loyal to America, he had fought Japanese aggression.

To the Moros, Gen. Pershing was also Datu Pershing.

Futini is a Napa-based history enthusiast. The Register invited him to prepare this article after some recent discussion in the news of Pershing’s tactics in the Philippines.

John J. Pershing as a Captain of Cavalry in 1901 while in the Philippines. (AP Photo)