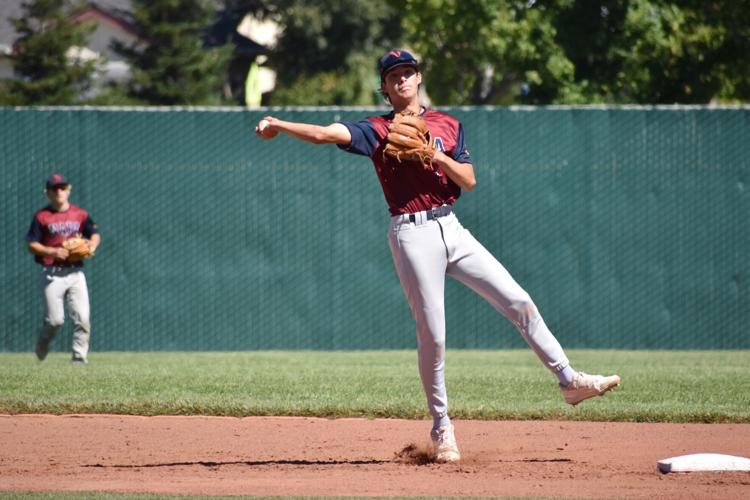 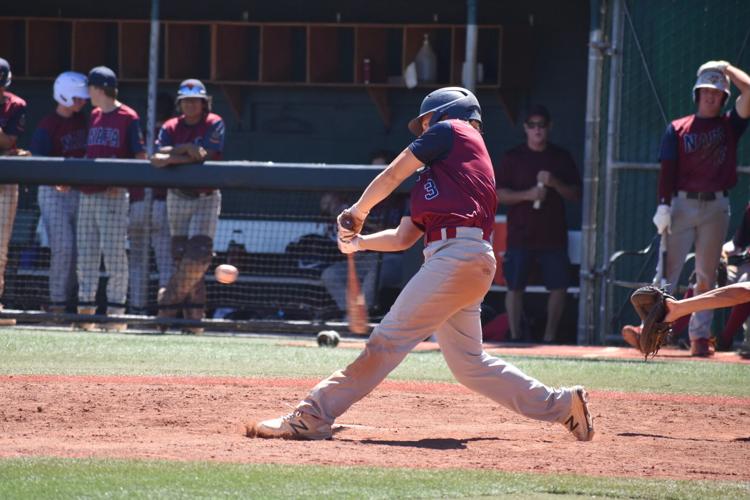 Napa Valley opened with a 5-2 win over Sonoma Stack on Friday. Sonoma scored twice in the top of the second inning for a 2-0 lead. Stack had three singles, an error, a double and a walk during the inning, leaving the bases loaded.

Napa Valley responded in the bottom of the fourth with all of its runs. Dario Freschi was hit by a pitch, Ian Fernandez (1 for 2, walk) singled and Jeffrey Page walked and all three scored. Carson McCaffrey (1 for 2, hit by pitch) singled and stole second base but was tagged out at third base on a fielder’s choice off the bat of Mason Medina (1 for 2, double). Noah Lustig walked, and he and Medina both scored on a single by James Burgess (2 for 2, walk).

On Saturday, NVBC won a back-and-forth affair with Cal Rays, 7-4. Napa Valley scored two in the first inning and one in the fourth to go up 3-0. The Rays then got on the board in the bottom of the fourth and even took the lead, 4-3, before NVBC answered with a four-spot in the fifth.

In Sunday morning’s semifinal, Fernandez threw a complete game shutout. In the 4-0 win over A.E., he faced only 2 batters over the minimum. He allowed 3 hits — one of those batters was doubled off — and no walks while striking out 8. He faced only three batters in the seventh and struck out all three to end the game.

Burgess (1 for 2, walk) opened the bottom of the first inning with a single and scored two outs later on a double by Page (1 for 3). Page scored on an error off the bat of Medina for a 2-0 lead.

In the fourth, Graham Chapouris (1 for 2, walk) hit a one-out double and scored on a two-out single by Tenscher (2 for 2, walk).

In the sixth, Medina (1 for 3) singled but was picked off at first base. Chapouris walked and scored on a hit by Johnny Alcayaga (1 for 3) to make it 4-0.

In Sunday’s championship game, a rematch with Sonoma Stack, NVBC won 4-2 behind a complete game from Tenscher.

Napa Valley never trailed, scoring two runs in the first inning for a 2-0 lead and two in the fourth for a 4-1 lead. Stack scored one in the third and one in the sixth.

Napa Valley travels to Petaluma for its last tournament of the season, the Athletic Edge Extravaganza at Casa Grande High School. It will play at 5 p.m. Friday, at 3 p.m. Saturday, and at a time to be determined on Sunday.

Nacho Franco talks about what has driven him to be head coach of the Napa High wrestling program for a quarter of a century.

Calistoga native Dick Vermeil’s life journey has carried him across both the region and the nation, but has spiritually and emotionally never veered from his roots.

Where Are They Now? Aaron becomes big-time two-sport star, on TV

Former Napa High football standout Austin Aaron gave up his NCAA Division I full-ride football scholarship at UC Berkeley to pursue acting, and is now in the HBO Max Series "Winning Time: The Rise of the Lakers."

Time Out With ... Meagan McConnell, a former St. Helena basketball player who is married to a Saint Mary's College coach

Meagan McConnell, known as Meagan Densberger when she graduated from St. Helena High School in 2007, is married to Saint Mary’s College men’s basketball assistant coach Mickey McConnell and said it's been a challenge to be a mother to two young children.

Vermeil, a Calistoga native who led the Rams to a Super Bowl win in January 2000, joined seven others who waited years or decades, to get the call to Canton.

Trinity Billingsley and Destiny Evans are the Napa Valley Register's 2021-22 Napa County Girls Basketball Co-Players of the Year. They follow 2020-21 Player of the Year Jazmine Fontilla, whose junior season was ended by a knee injury after just eight games.

Napa's Brooke Gongora, the 12-year-old niece of Vintage High boys basketball head coach Ben Gongora, had dad Shon caddying for her when she shot her first hole-in-one a year ago in a tournament at the Presidio Golf Course. Her second one came in a practice round at Chardonnay Golf Club, where Dad landed his tee shot a few feet from the pin and challenged her to better it.

The NFL has suspended QB Deshaun Watson for six games following accusations of sexual misconduct made against him by two dozen women, sources say.

The players’ union has until the end of business Friday to respond in writing.