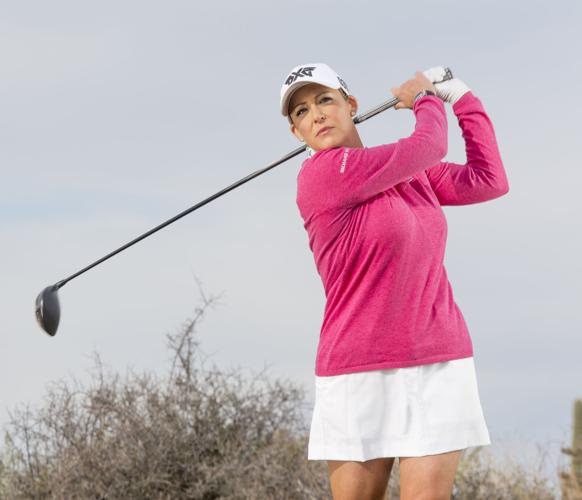 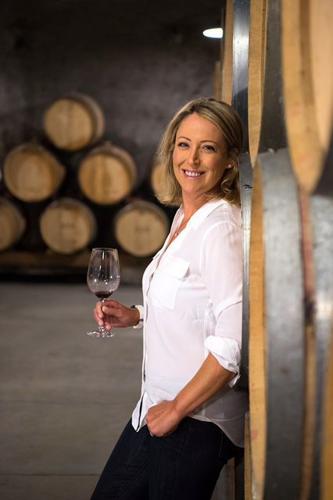 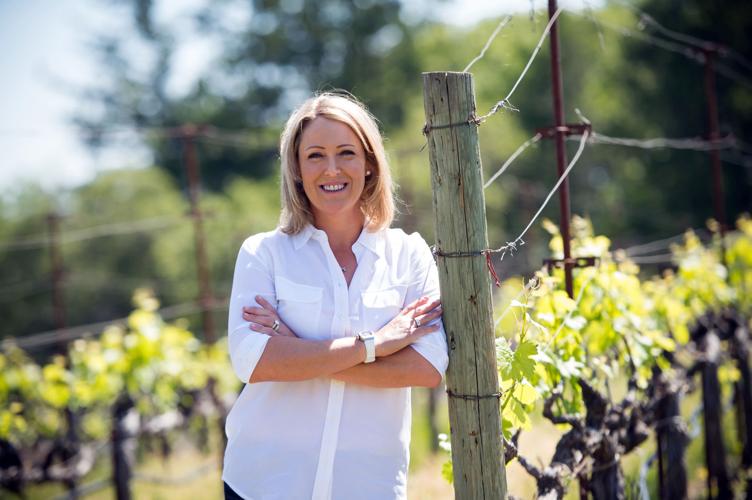 When she was not playing in the annual tournament, Kerr was taking time to explore and learn and understand all that she could about the wine industry by visiting different wineries and talking with vintners and those who produce some of the greatest products in the world.

Kerr, who has 18 career wins, including the 2007 U.S. Women’s Open and 2010 LPGA Championship presented by Wegmans, had visited the Napa Valley before over the years.

Besides playing a full schedule on the LPGA Tour, Kerr is also in the wine business.

“When I decided I wanted to make my own wine, I kind of took the bull by the horns,” said Kerr. “We wanted to make a small production, very high quality wine.”

Kerr has been traveling to all parts of the world as a golfer since she was 18. It’s allowed her to experience different cultures and test and challenge herself against the best players in the game.

She became more and more interested in wine during those appearances at Hiddenbrooke, which is not far from Napa County.

“That was the first time I really got to spend any extensive time in the Napa Valley, and really fell in love with wine,” she said. ”It’s serene, it’s peaceful, it’s small restaurants, it’s the rolling hills, the historic trees.”

Others from the sports world have found their way to Napa Valley and are producing wines. This includes Tom Seaver, Charles Woodson, Dick Vermeil and Yao Ming.

“Wine is a living, breathing thing. And it’s always evolving, always changing. Every year, every vintage is different. I’ve really always connected with wine and the business and this Valley.”

Kerr is studying to be a sommelier and has plans to travel to Bordeaux and Burgundy in France this year to study wine.

“It’s just a magical area – everything wrapped into one that it takes to grow great grapes and make great wines.

“I’m very hands-on. I want to understand and learn this business, because it’s a great business. There’s no better people in the entire world than the people here in Napa Valley – so down to earth. This is a legacy project for us as well.”

Kerr and Bryan have joined together to contribute profits from the sale of Curvature Wines for breast cancer research.

“That’s how we got into the wine business,” said Kerr. “We’ve given over $50,000 to Stanford Hospital for breast cancer research grants that they have put in and requested.”

Kerr also has a partnership with the Jersey City Medical Center in Jersey City, New Jersey, which has the Cristie Kerr Women’s Health Center. Kerr’s Birdies for Breast Cancer is an organization that has raised over $3.75 million for breast cancer research.

Kerr is putting on a charity event for Birdies for Breast Cancer, April 6-7 at The Olympic Club in San Francisco. More information is available at birdiesforbreastcancer.com.

“We’ve made wine where we’ve given the profits away to breast cancer research, and I would never change that for a million years,” said Kerr. “I love what we do with Suzanne up at Pride Mountain. We wouldn’t be where we are with Kerr Cellars without the help from Pride Mountain Vineyards.”

Johnson said working with Kerr is exciting and fast-paced.

“She brings the same level of focus and excellence to the blending process that she brings to the golf course – she knows exactly what she is looking for in her wines, and she has great ideas for how her vision can be realized,” said Johnson. “I always enjoy our sessions together.”

Kerr’s first win on the LPGA Tour came in Northern California, in 2002 at the Longs Drugs Challenge, held at Twelve Bridges in Lincoln.

Kerr has played on eight U.S. teams at the Solheim Cup. She qualified for the Tour on her first attempt.

Last year, she played in 25 events and earned $456,215 with 22 cuts made. She recorded four top-10s, including a season-best tie for seventh at the LPGA KEB Hana Bank Championship.

She hopes to play for another 10 years. She started playing golf at the age of 8.

“I love playing. I love working hard,” Kerr said. “Even if the wine business is successful, I’m going to play as long as I want to play for. I’m not doing the wine business just to be able to retire from my golf career. I’m doing it because I love it and the timing is right and the opportunity was there 10 years ago now. Sometimes you have to jump in.

“The wine business is not easy. It’s difficult. We haven’t done what we want to do yet. But we’re just starting out. This is what I want to do after golf.”

Kerr is an honorary member at Silverado Resort and Spa, the host of the Safeway Open, a PGA Tour event. She was at an inaugural charity golf tournament and food event at Silverado, hosted by the Johnny Miller Champ Foundation, in July. The event honored Larry Otto Miller, who for so many years helped and inspired golfers with his knowledge, wisdom and love of the game.

Kerr plans to practice and play out of Silverado when she is in the area.

“The Silverado golf courses are fantastic,” she said. “You’ve got to be able to work the ball. You have to be able to curve the ball, right to left, left to right. The greens are small.

“It kind of really sharpens the game.”

Kerr will be starting her 21st year on Tour. She suffered a knee injury last year and had surgery in November for a meniscus tear.

Last year, she was named winner of the Golf Writers Association of America’s Charles Bartlett Award, given to a golfer for unselfish contributions to the betterment of society.

“I remember when I was 18 and I came out. But I was never prepared like these players are today – they have trainers, they have agents, and they’re like 19, 20 years old.

“That’s why this is so cool about being in the wine business – you’re always chasing that perfect score.”

For more information, go to kerrcellars.com.