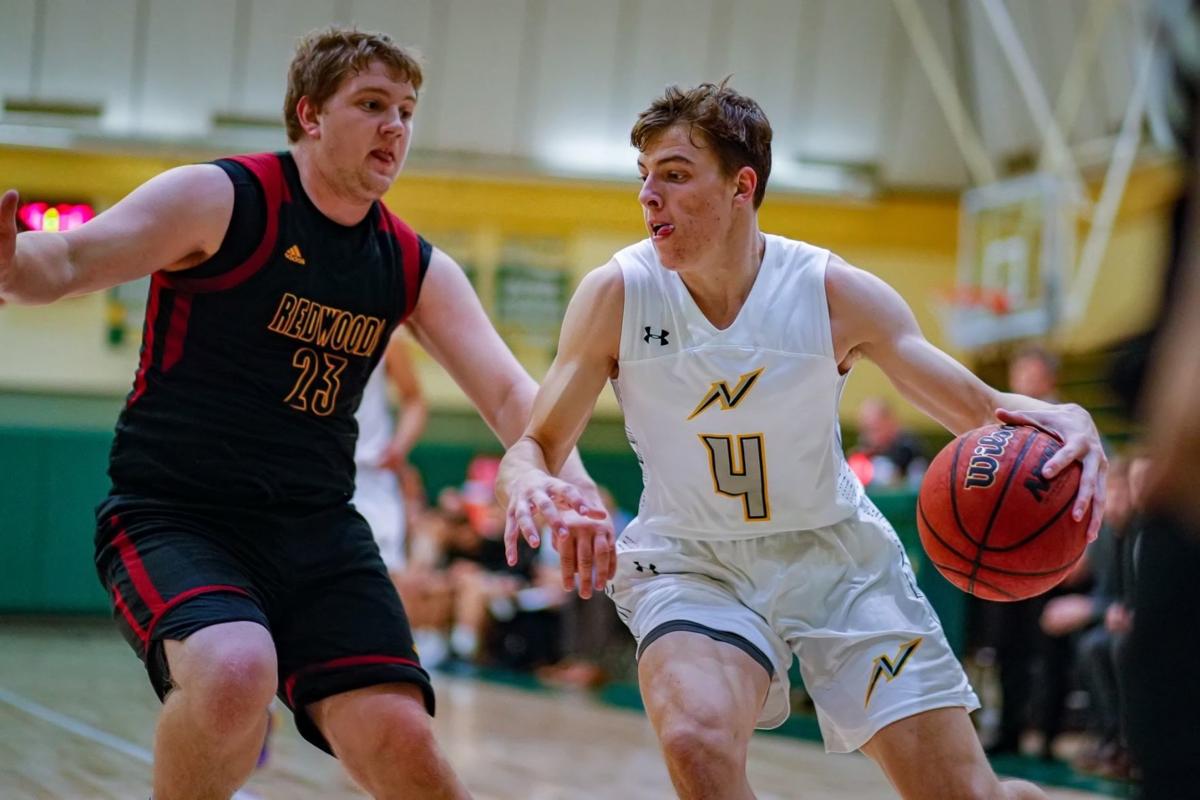 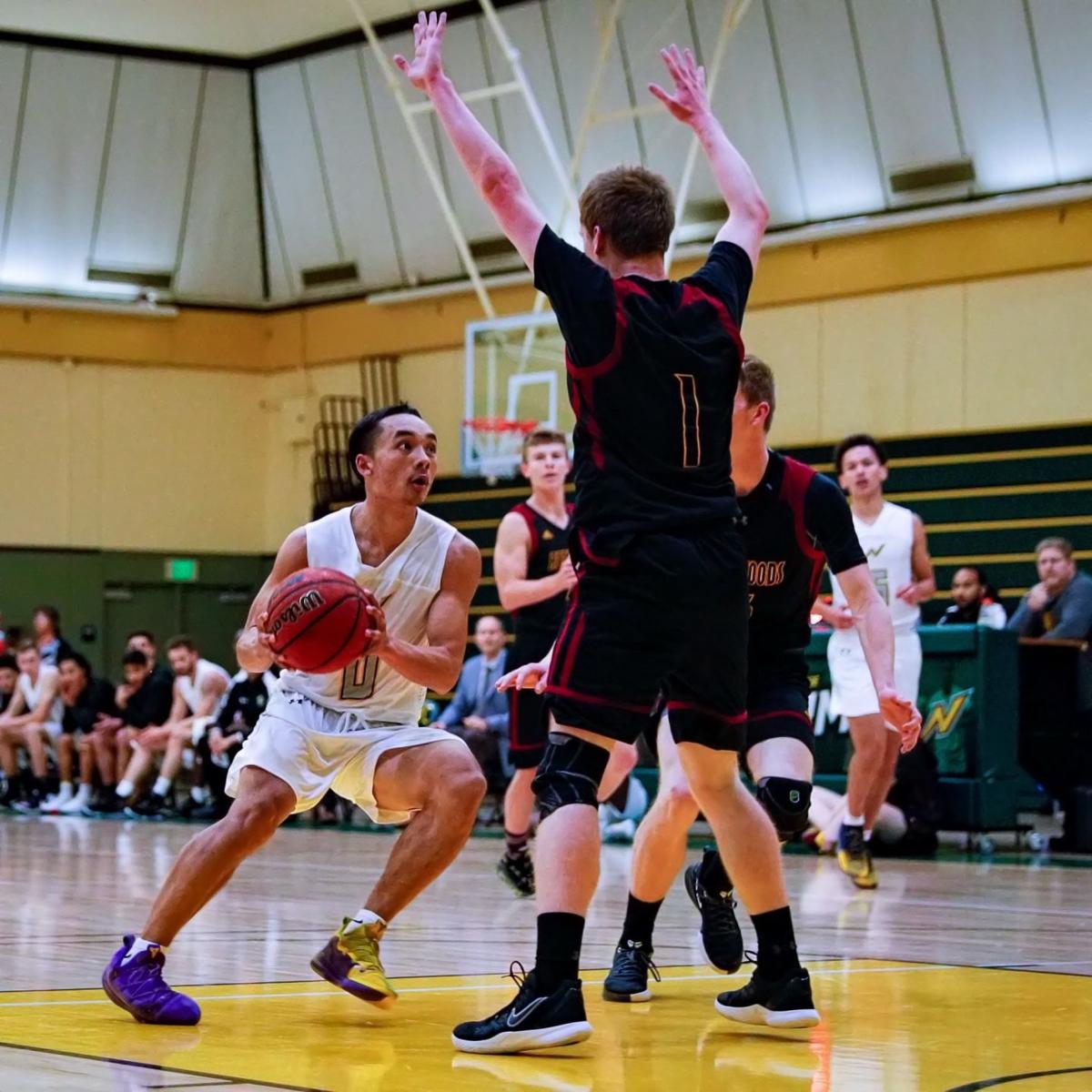 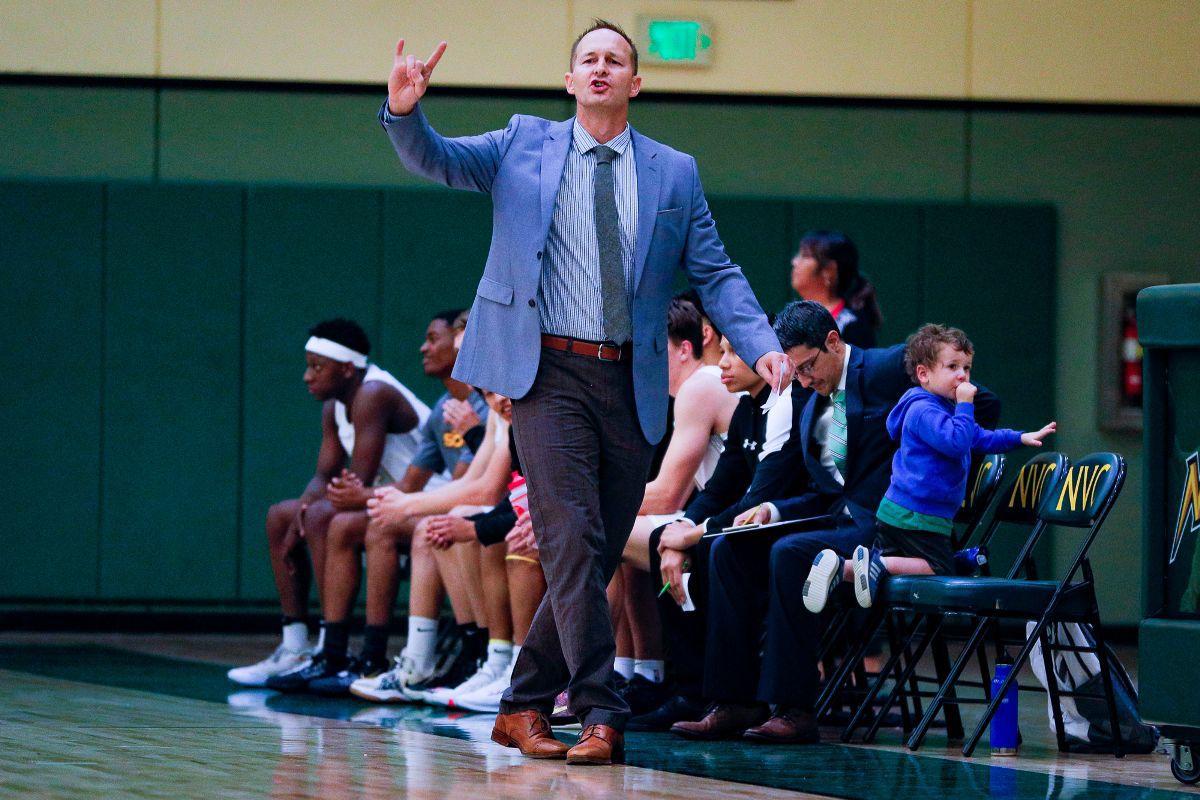 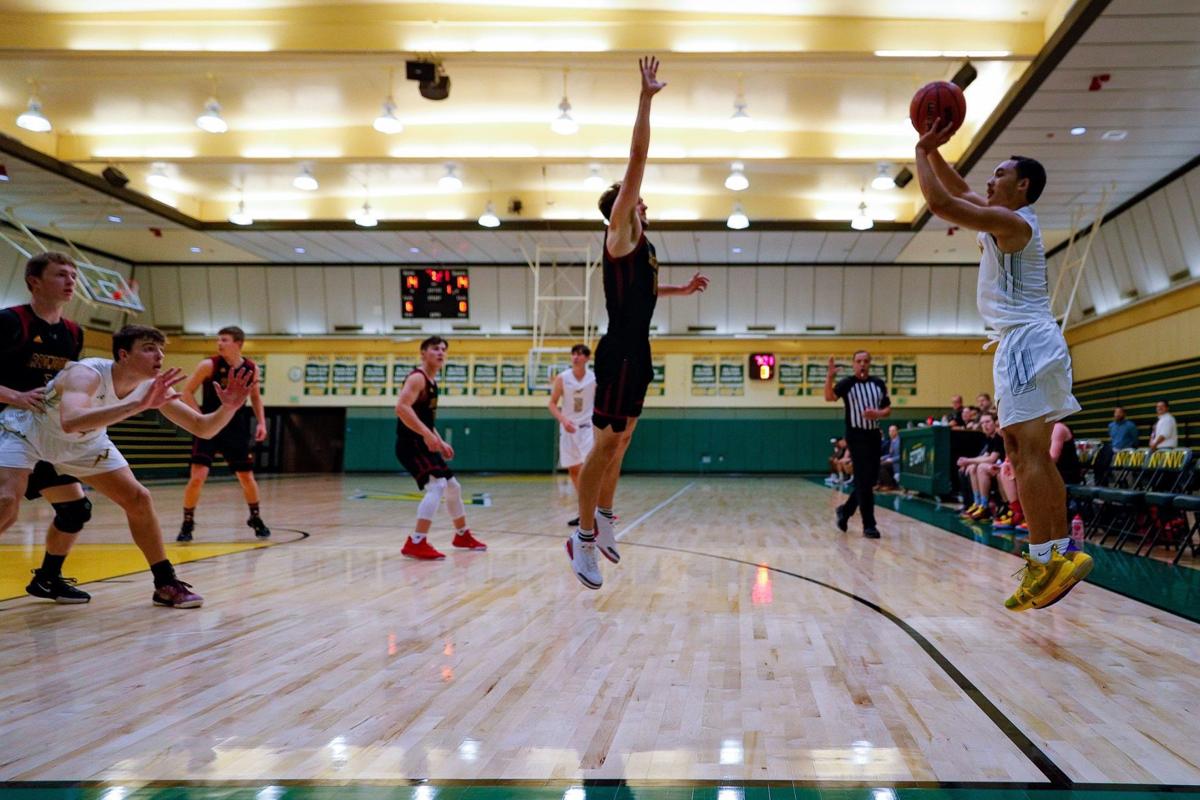 Far from it, in fact.

Ball saw a number of very good things from his Napa Valley College men’s basketball team during its season-opening trip to the Cabrillo Tip-Off Nov. 1-2 at Cabrillo College in Aptos.

There was the way in which Napa Valley passed and shared the ball in games against Cabrillo and Shasta-Redding at the four-team tournament in Santa Cruz County.

There was the play of freshman Shakir Howard, who scored 48 points in the two games coming off the bench.

There was the way in which the Storm, thanks to being prepared and in very good shape, competed over two straight days.

There was also the strong team bond and chemistry, the camaraderie factor of a tight-knit group.

“I was impressed with our willingness to share the basketball for the most part,” said Ball. “Like I have always said about this group, they’re a great group of teammates.”

Saleem Ali-Musa, one of four returning players, got the weekend started by going for a swim in the ocean after the Storm arrived in Santa Cruz.

“All of the guys were fired up about that,” said Ball. “We had a great time. We walked around Pacific Avenue in Santa Cruz and it was two beautiful days. I think that the camaraderie, early on with overnights, really helped. It just kind of reinforced a strong suit of ours. Hopefully that can then spread some trust and continue to progress that way.”

Ball got 11 players into the game, an 82-63 opening night loss to Cabrillo, which is No. 27 in the California Community College Men’s Basketball Coaches Association preseason poll. Braxton Adderly, Jaivon Williams, Brandon Radu, Brian Green and Ali-Musa started, with Howard, Amir Nakhaei, Zach Swim, Chance Martin-Farrell, Dakota Macias and Joseph Aldridge seeing action as reserves for Napa Valley, which trailed at halftime, 38-30. The Storm shot 38.3 percent (23-of-60) from the floor, was 6-of-24 from 3-point distance, and 11-of-14 from the free-throw line. The Storm were outrebounded, 41-30.

“There are a couple of guys that need to know when it’s time for them to be a little more aggressive, that it’s OK and it doesn’t make you a selfish player to be aggressive,” said Ball, who is carrying 14 players. “What really impressed me was how Shakir Howard stepped up and played really well, especially in the first game. He has been aggressive to the basket and aggressive shooting some 3’s.”

Howard scored 29 points on 11-of-19 shooting with two rebounds to lead Napa Valley.

In a much closer game, Napa Valley fell to Shasta, 64-57. The Storm had a three-point lead at halftime, 23-20, but Shasta went on a run to start the second half to go ahead. The Storm fought back, cutting the deficit to three points with less than a minute to go and missed a 3-pointer that would have tied it.

Adderly, Williams, Radu, Green and Ali-Musa started, with Swim, Martin-Farrell and Howard coming off the bench.

“I don’t think the shot selection was awful. I think that everything was just a little bit faster than we practice it because it’s a game,” said Ball.

“We’re passing up good shots and then ending up having to take shots that are maybe not as quality of a shot and also just understanding, with so many freshmen, that the pace of play is a little bit different. And so it’s getting used to that.”

Shoring up the defense is a key.

“I think the defensive glass was a problem and just our defense in general,” said Ball. “We played a couple of really good teams.”

“You always want to defend your home court. Redwoods is a quality team,” said Ball.

The Storm were 5-23 overall and placed eighth in the Bay Valley Conference with a 3-13 mark last year.

Napa Valley is entered in three more tournaments during the nonconference season and will play a 28-game regular season schedule.

“As a general goal, we like to be above .500 after nonconference play so we can do something going into conference play,” said Ball. “We’re ahead of where we were last year as far as things we have in. We’ve pressed man full court for 40 minutes. We kind of want to increase the tempo.”

Ball, a past president of the California Community College Men’s Basketball Coaches Association, is assisted by Carson Caratinni and Rae Hubbard.

“Coach Carson Caratinni does a great job with our conditioning program,” he said. “I think we can definitely achieve a top-half finish in conference play. I think we can win some games in the preseason and really develop and compete.”

The Storm compete next in the Bakersfield Extravaganza, taking on Cerro Coso-Ridgecrest on Friday and host Bakersfield on Saturday. After hosting Skyline on Nov. 27, they compete in the James Clark Classic Dec. 5-7 at Cosumnes River-Sacramento, opening against Reedley, and the Kris Kringle Tournament Dec. 12-14 at Santa Rosa Junior College, opening against Feather River-Quincy.

The Storm are led by Adderly, a sophomore point guard from Rodriguez-Cordelia who averaged 10.9 points, 3.3 rebounds, 3.1 assists and 1 steal per game last year.

The freshmen are led by Swim, a Napa High graduate at a wing position; guards Radu and Martin-Farrell out of Redwood-Larkspur; Howard, a wing out of Fairfield High; Williams, a point guard and wing from Tyler, Texas; and Green, a power-forward from Granite Hills.

Swim was selected as the Player of the Year on the Napa Valley Register’s 2018-19 All-Napa County team. He averaged 16.5 points, 7.2 rebounds, 2.3 assists and 1.3 steals per game as the Grizzlies (23-6) went 12-0 in the Vine Valley Athletic League title and advanced to the North Coast Section Division I playoffs. Swim was also chosen as the VVAL Most Valuable Player.

“We’re all excited to see them progress,” said Ball. “It’s also a situation where we need to be forward thinking and realize how young we are. But we also need to be short-term thinking and realize that if we turn things on and do the things that we’ve been taught, we can turn it around right away and then have two successful years instead of one. I’d rather they pick it up faster.

“We need to increase that toughness level, so that can be our identity. I think we can definitely achieve some things if we can turn that on, by doing a better job on the defensive glass so that we can initiate our offense in transition. We do have the versatility.

“I think that we have enough skills that we can get out wide and get downhill and attack in transition. Ideally, I’d like to see if we can defend a little bit, cause some turnovers, get some rebounds, and push the ball in transition.”