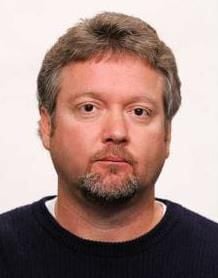 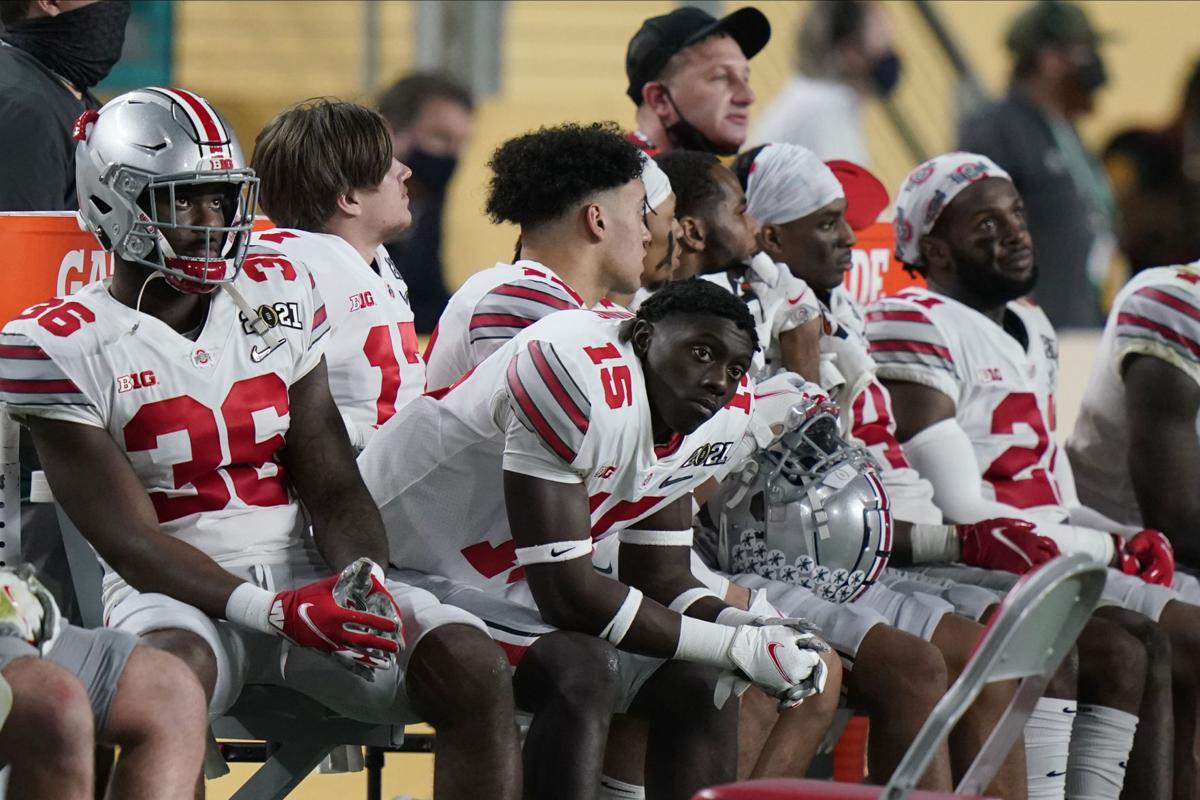 Ohio State players watch from the sidelines during the second half of the College Football Playoff national championship game against Alabama on Monday night in Miami Gardens, Fla.

Has Nick Saban, the greatest coach in the history of college football, assembled the greatest team of them all?

Certainly, a case can be made for a group that breezed through a Southeastern Conference-only schedule in a pandemic-plagued season while barely breaking a sweat.

“I think we’re the best team to ever play,” quarterback Mac Jones said. “There’s no team that will ever play an SEC schedule like that. I’m so happy to win this game and kind of put the icing on the cake.”

It was only a year ago that LSU romped to the national title with a juggernaut of a team led by Heisman Trophy winner Joe Burrow and a horde of NFL-bound players.

Come to think of it, a case could also be made for the 2018 Clemson Tigers, thoroughly dominant as they became the first team ever to finish 15-0.

There’s something to be said for this era of superpower teams, with all their individual brilliance.

Without question, it was utterly thrilling to watch DeVonta Smith gliding past Ohio State’s befuddled defense, basically uncoverable as he turned in an MVP performance in only half a game.

But parity has left the building in college football, producing a rash of playoff blowouts that have, frankly, sucked all the drama out of the game’s grandest stage.

One could almost hear millions of homebound fans reaching for their remotes when the Crimson Tide trotted off the field in South Florida with an 18-point halftime lead.

By the time it mercifully ended, with Alabama celebrating a 52-24 rout of the Buckeyes, most of the nation had surely tuned out this Picasso of a performance by the crimson-clad bunch of future first-round picks.

Who could blame ‘em?

This script has become numbingly routine. No one has come within 17 points of the last three champions in the College Football Playoff. The average margin of their postseason triumphs was 25.3 points.

Last season, it was LSU that shredded Oklahoma 63-28 in the semifinals and crushed Clemson 42-25 in the title game.

The year before, it was the Tigers who set the standard: smoking Notre Dame 30-3 in the semis before a stunning 44-16 wipeout of Alabama in the national championship game.

Now comes the Crimson Tide (13-0), which endured just one game that was closer than 15 points and, amazingly, scored in all but two of 52 quarters over the course of the 2020-21 campaign.

Alabama coasted past Notre Dame 31-14 in the semifinals and was never seriously threatened Monday night, scoring on five of its first six possessions against an Ohio State defense that looked as though it couldn’t get enough players on the field.

Smith, every bit the worthy Heisman winner, hauled in 12 receptions for 215 yards and three touchdowns in a mere 30 minutes; he was knocked out of the game with a hand injury early in the third quarter and celebrated in workout attire.

“Heaven knows what he could have done if he had played the whole game,” Saban said.

Jones, the unheralded recruit who bided his time behind Jalen Hurts and Tua Tagovailoa, capped off his lone season as the starting quarterback by completing 36 of 45 passes for 464 yards and five TDs.

The final piece of the Tide’s three-headed offensive monster, running back Najee Harris, totaled three scores and 158 yards with running and receiving skills that will surely serve him well at the next level.

“This is a great team,” Saban said.

Let’s not forget the architect of it all, the guy who came to Tuscaloosa in 2007 when the Alabama program was in tatters and pulled off a feat that no one though possible.

Saban claimed his seventh national title to surpass the record he shared with the man in the houndstooth hat, Bear Bryant.

Asked if he could put his achievement in perspective, Saban replied, “Not really. I’m just happy we won tonight. I haven’t really thought about that because I’m always looking forward. I just love this team so much and what they’ve been able to do, I can’t even put it into words.”

Saban has always been reticent to compare teams, but he was surprisingly blunt when asked about the legacy of his latest group.

Of all his championship teams, this is clearly his favorite.

“There’s quite a bit to write about when it comes to the legacy of this team.”

The sparse, socially distanced crowd at Hard Rock Stadium was serenaded with “Sweet Home Alabama” before the trophy was handed out.

In all likelihood, there’s weren’t too many people still watching at home.

Greatness is to be appreciated, for sure.

But it sure is boring.

Paul Newberry is a sports columnist for The Associated Press. Write to him at pnewberry@ap.org or at twitter.com/pnewberry196. His work can be found at apnews.com/search/paulnewberry

Ohio State players watch from the sidelines during the second half of the College Football Playoff national championship game against Alabama on Monday night in Miami Gardens, Fla.