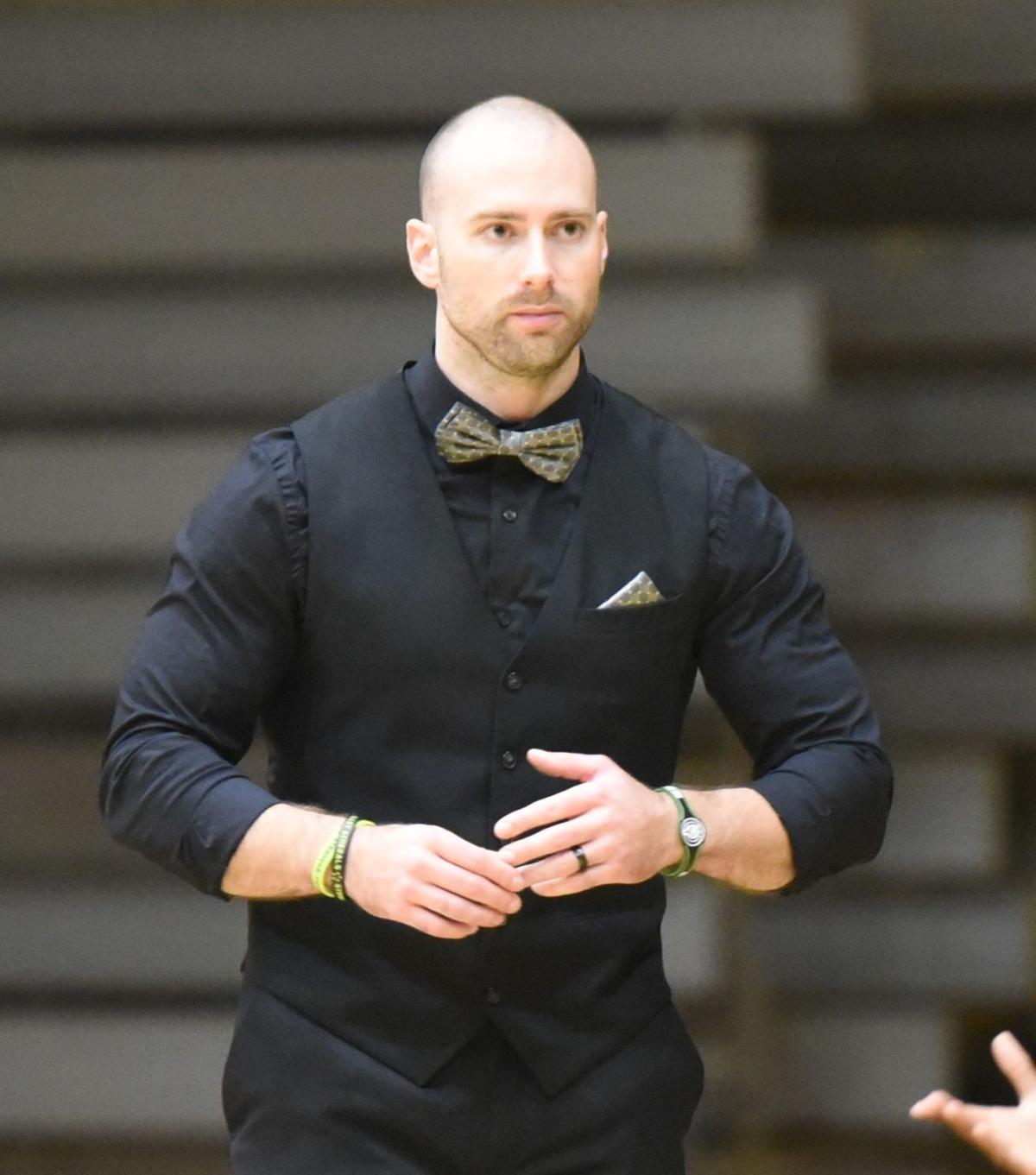 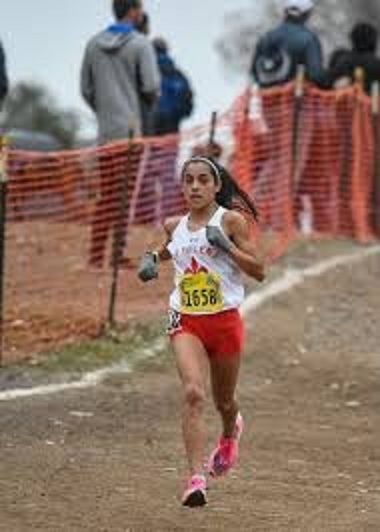 St. Helena High senior Harper McClain runs in a cross country meet in the fall of 2019.

Jones scored 20 points on 8-of-12 shooting from the field and had three rebounds and two assists in 33 minutes.

Skillern scored 11 points on 3-of-7 shooting and had two steals and two assists in 31 minutes.

It’s a very limited season with the Pioneers playing a seven-game spring schedule.

Ariana Anderson of Embry-Riddle won the individual title, clocking 18:09 for the 5K race.

Embry-Riddle moves on to the NAIA National Championships on April 9 in Cedar Rapids, Iowa.

UC Merced was second and Cal Maritime was third.

Grady Kerst of Embry-Riddle won the individual title, clocking 26:16 for the 8K race.

Embry-Riddle moves on to the NAIA National Championships on April 9 in Cedar Rapids, Iowa.

McClain, who will run on cross country and track and field teams for the University of Oregon next year, had a time of 10:35.57. She ran unattached in the meet.

The series of three meets, all in Arizona and starting in February, “attracted distance runners from multiple states looking to be pushed to personal bests by some of the country’s elite runners,” according to a report by MileSplit California at ca.milesplit.com.

“As was the case in each of the three distance-only meets, each one produced faster and faster times across mile and 3,200-meter races,” MileSplit California reported.

Ony Velez of Gilroy and Billy Witt of Kelseyville won division titles at an Amateur Players Tour event on March 28 on the South Course at Silverado Resort and Spa.

Prolific Prep of Napa Christian (30-3) is No. 12 in the MaxPreps Top 25 high school basketball rankings, announced on March 30 at maxpreps.com.

Prolific Prep is No. 13 in the MaxPreps Top 25 high school basketball rankings, announced on March 23 at maxpreps.com.

The Crew are playing this week in the GEICO Nationals, which began Wednesday and wrap up Saturday at Suncoast Credit Union Arena in Fort Myers, Fla. Prolific Prep opened Wednesday against La Lumiere of La Porte, Ind.

Christopher Goin of Alameda fired a 3-over-par 75 to win the Silverado South Shootout, a US Am Tour event, on March 21 at Silverado Resort and Spa. It was played on the South Course, which was set up at 6,207 yards.

Adam Kenney of Livermore was second with a 78.

Tying for third with 80s were Dennis Kunz of Foster City and Gary Addison of Fairfield.

Tying for fifth at 81 were Dan Corral of San Bruno, Blake Mori of Rancho Murrieta, and Izaiah Jackson of San Francisco.

Finishing tied for eighth with 82s were Mark Steppan of Oakland and Colin Miller of Danville.

Tying for 10th with 83s were Tom Weber of Santa Clara, Cameron Emrick of Reno, and Dan Woods of Napa.

The US Am Tour, according to usamtour.com, is “a nationwide series of amateur golf tournaments open to anyone that wishes to compete on the local, regional, and ultimately national level.

“Our mission is simple — to provide an unrivaled, immersive, and comprehensive Tour and tournament experience for competitive amateur players of all abilities and ages.

“The US Am Tour operates single round and multiple round golf tournaments across the country at the best public and private venues.”

Silverado will host two additional US Am Tour events this year:

Heather Luna, the general manager of the Vallejo Admirals of the independent Pacific Association of Professional Baseball Clubs, was named as the Director of League Administration for the Pioneer Baseball League, it was announced by the league on March 18.

Luna, a Napa native and Vintage High graduate, will oversee the Pioneer League’s player transactional rules, serve as the league’s liaison with Major League Baseball, and operate the league’s website and social media outlets, according to a press release.

“As a Latina in a traditionally male industry, Heather is truly a pioneer in the ranks of senior sports executives, particularly having served as an AGM and a GM in independent professional baseball,” Pioneer League President Michael Shapiro said in a press release.

Luna was the assistant general manager of the San Rafael Pacifics, an independent team, in 2018.

“She has incredible organizational and management skills that will serve the Pioneer League well as it fully develops as both an independent league and an MLB Partner League,” Shapiro added.

Luna is a Sonoma State graduate. As part of her master’s program in sport management at the University of San Francisco, she did an internship with the Oakland Raiders, spending one season with the team working as a premium services representative.

Luna also worked for host committees for Super Bowl 50 in Santa Clara in 2016 and Super Bowl LI in Houston in 2017.

The Northern Colorado Owlz will join the League in 2022.

The Admirals recently announced they will not be playing this year “due to the uncertain infrastructure surrounding COVID … the Pacific Association has chosen to restructure in 2021 to allow those teams in approved counties the opportunity to play should they be able to.”

Said Luna, “As much as we would love to open our gates should Solano County get to the orange tier, allowing 20% fans, or beyond, the endless hypothetical planning just cannot be thrown together last minute.”

The Admirals said they “are gearing up to be fully prepared for the 2022 season” and to look for newsletters and updates via their Facebook and Instagram accounts (@vallejoadmirals) toward the end of 2021.

“We want our fans to know that we are not going anywhere and trust that we are planning to show Vallejo a Wilson Park update it deserves,” Luna said. “Thank you for your ongoing support, allowing us to put together the best summer experience at the ballpark yet in 2022.”

The 2021 regular season was anticipated to begin at the end of May and end after playoffs in early September. This is the second year in a row the Pacific Association, which also includes the Napa Silveradoes and Sonoma Stompers, has had to cancel a regular season due to the coronavirus.

Sasha French completed the season for the Azusa Pacific University men’s basketball team by averaging 7.9 points on 48.6 percent shooting from the field and 4.8 rebounds per game in 11 games (all starts).

French is a transfer from the University of Albany in New York who has also played at Prolific Prep of Napa Christian, the Hun School of Princeton, New Jersey, and Napa Valley College.

He was a redshirt freshman at the University of San Francisco.

Nate Bittle, a 6-foot-11 forward-center for Prolific Prep of Napa Christian, was named to the 2021 USA Nike Hoop Summit Team, it was announced on March 25 by USA Basketball. There are 14 players on the roster.

Bittle, from Central Point, Ore., was named to the 2021 McDonald’s All-American Games final roster in February, it was announced in a press release at mcdonaldsallamerican.com.

“Due to COVID-19, the 2021 Nike Hoop Summit game will not be played, but the team members joined a video conference on March 25 to learn of their roster selection for the first time,” USA Basketball said in a news release at nikehoopsummit.com.

Bittle, listed No. 10 in the ESPN 100 for the 2021 class, has signed a national letter-of-intent to play at the University of Oregon.

“Despite the game not being able to be played this year, we are excited to recognize these elite players for their success during such a challenging year,” Sean Ford, USA Basketball Men’s National Team director and chair of the USA Basketball Developmental National Team Committee, said in a news release. “Each of these players are worthy of being part of the 2021 USA Nike Hoop Summit Team, and we look forward to them being part of national teams in the future.”

As a junior at Crater High, Bittle was named as the MaxPreps Player of the Year in the State of Oregon and third-team All-American by MaxPreps.

He was third-team All-American by MaxPreps as a sophomore.

Gary Trent Jr., a guard, and Rodney Hood, a guard-forward, were acquired by the Toronto Raptors from the Portland Trail Blazers on March 25 for Norman Powell, a guard, it was announced at nba.com.

St. Helena High senior Harper McClain runs in a cross country meet in the fall of 2019.