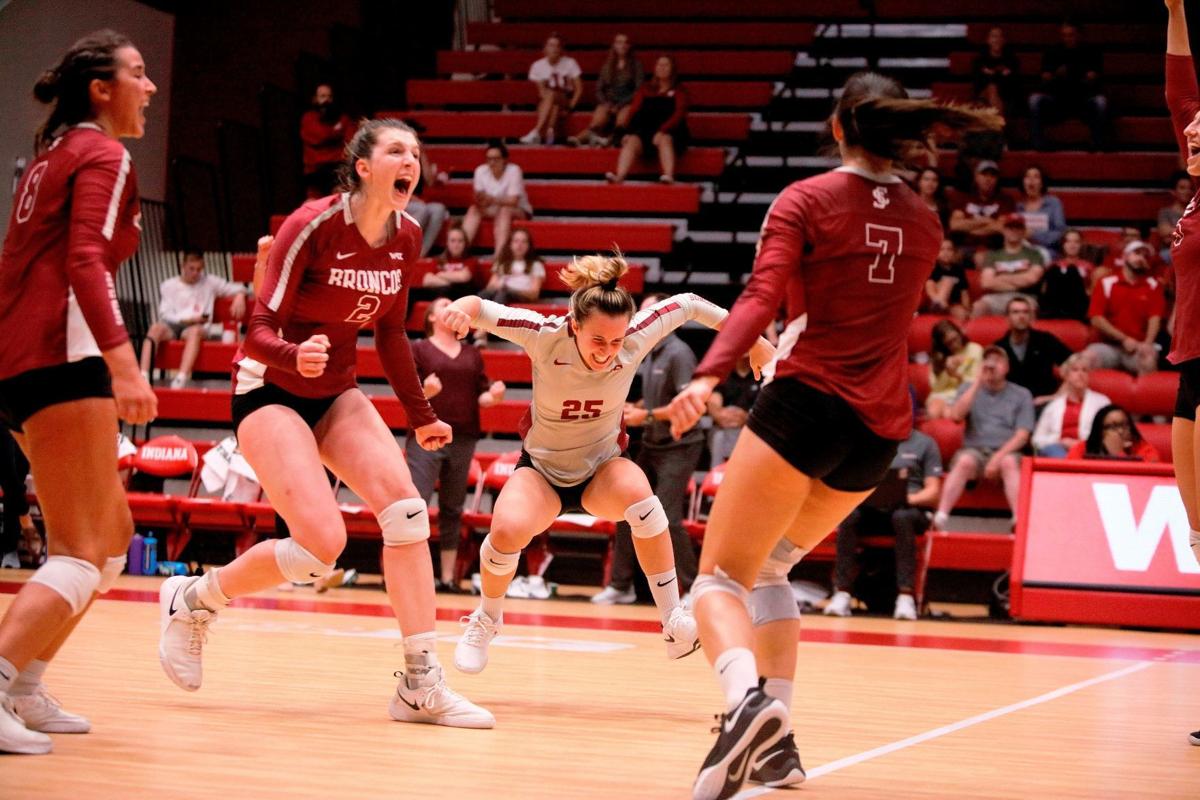 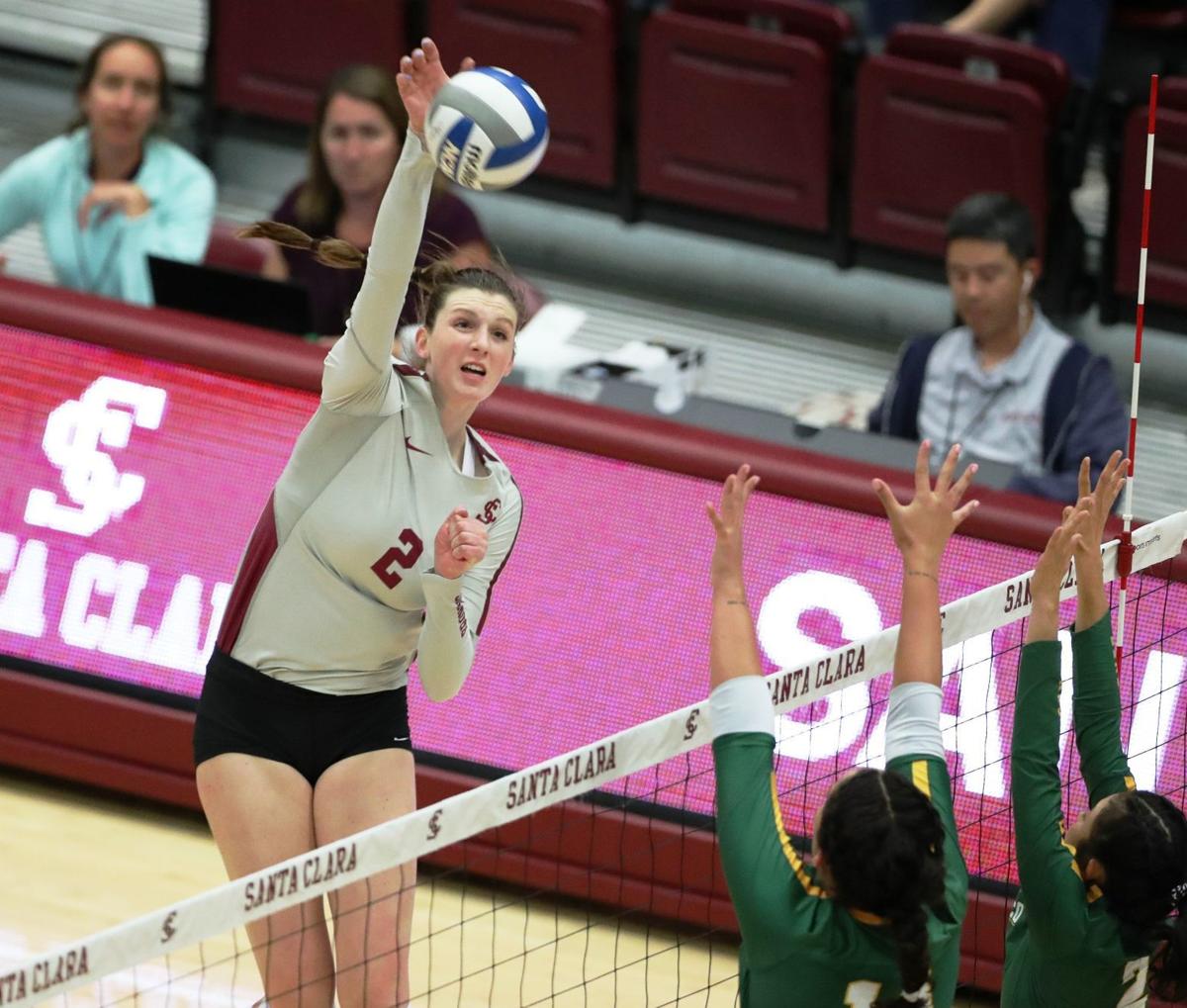 Santa Clara University outside hitter Julia Sangiacomo attempts a kill against the visiting University of San Francisco on Oct. 4.

Santa Clara University outside hitter Julia Sangiacomo attempts a kill against the visiting University of San Francisco on Oct. 4.

She led all freshmen in the conference with 445 total points and 372 kills.

McClain won the girls Division 5 race at the 33rd annual CIF State Cross Country Championships in November at Woodward Park in Fresno. McClain had a time of 17:13.4.

Jacob Aaron of Napa finished in a tie for ninth place at the Junior Tour of Northern California’s Holiday Series III event in late December.

Aaron, a junior at Vintage High, shot 72 at Del Monte Golf Course in Monterey and had a final round 80 at Poppy Hills Golf Course, located at Pebble Beach, in the boys championship division.

Brandon Torres of American Canyon and Rocco Lee of Napa each placed at the Winter Classic at Franklin Canyon, a Junior Golf Association of Northern California event, in early December at Franklin Canyon Golf Course in Hercules.

The Oakland Athletics announced that they selected Deivy Mendez, a right-handed pitcher, in the Triple-A Phase of the Rule 5 Draft on Dec. 12 at the Major League Baseball Winter Meetings in San Diego.

Mendez, who is from San Pedro de Macoris, Dominican Republic, was selected from San Diego.

He appeared in eight games for the Napa Silverados, a member of the independent Pacific Association of Professional Baseball Clubs, during the 2018 season. Mendez had two saves and struck out 23 in 11 2/3 innings for Napa

Only 11 coaches in state history have attained 800 wins.

“When I first started coaching I really struggled with losing,” Bonfigli said in a story at www.prep2prep.com. “I’ve learned to keep that in perspective. Probably the hardest thing is you always want to give your players the best chance to win. I’m still a big critic of myself and if I don’t coach a real good game it’s hard to let go of it. The losing part is gone but I want to do my job well because I want to see my players do well.”

Bonfigli led Justin-Siena to a 22-8 overall record and to the quarterfinals of the North Coast Section Division IV playoffs during the 2006-07 season. Bonfigli attained his 500th career coaching victory during that season.

Bonfigli was named as the Division IV Coach of the Year in California in 2013 by CalHiSports.com after leading Cardinal Newman to a 32-4 record and a runner-up finish in the CIF State Boys Basketball Championships.

LaRue, a sophomore, beat Josh McMillon from Fresno City, the No. 1 seed, in the semifinals. LaRue beat Ryan Ojeda of Sierra-Rocklin in the finals.

Blunt is a defensive specialist.

The Barracuda Championship, a PGA Tour event that uses the Modified Stableford format, will be played at Old Greenwood Golf Course, June 29-July 5, 2020. Designed by Jack Nicklaus, the course is located in Truckee.

It’s a new host facility for the event. The announcement was made at PGATour.com.