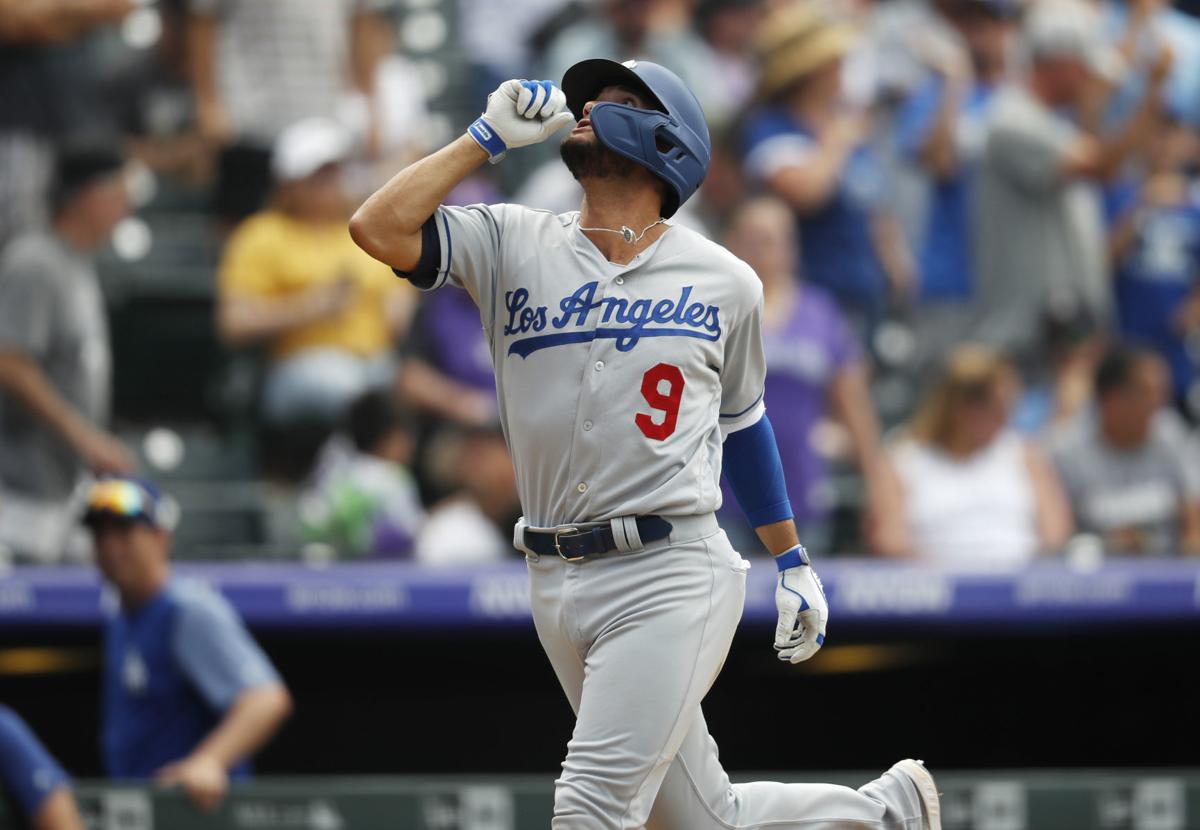 Los Angeles Dodgers shortstop Kris Negron, a Vanden High product who lives in Napa, gestures as he circles the bases after hitting a two-run homer off Colorado Rockies relief pitcher Wade Davis in the ninth inning July 31 in Denver.

Los Angeles Dodgers shortstop Kris Negron, a Vanden High product who lives in Napa, gestures as he circles the bases after hitting a two-run homer off Colorado Rockies relief pitcher Wade Davis in the ninth inning July 31 in Denver.

Since being acquired by Los Angeles late last month, Kris Negron of Napa is batting .400 with two home runs and five RBIs in six games for the Dodgers.

The Dodgers acquired Negron, a utility player, from the Seattle Mariners on July 28 in exchange for Daniel Castro, a minor league infielder, mlb.com reported.

Negron was promoted from Triple-A Tacoma of the Pacific Coast League and joined the Mariners on July 16.

Negron appeared in 10 games for Seattle and was batting .217 with five hits and one RBI.

McCarron, a Vintage High School graduate and former Napa resident, has $1,991,805 in earnings.

McCarron took the week off from playing The Senior Open, but still held the top place in the standings to mark his 11th straight week on top, according to a PGA Tour Champions’ press release.

Kathryn Henry of Napa shot a 7-over-par 79 and is the first alternate following a U.S. Women’s Mid-Amateur Qualifying on Monday at North Ridge Country Club in Fair Oaks.

Six players qualified for this year’s U.S. Women’s Mid-Amateur Championship by advancing through the 18-hole qualifier.

Henry did not advance after shooting an 87 during a U.S. Senior Women’s Amateur Qualifying on the Lakeside Course at Blackhawk Country Club in Danville on July 31.

Aaron Shortridge made the start and picked up the win for the visiting Bradenton Marauders in their 5-1 Florida State League victory on Aug. 3 over the Dunedin Blue Jays at Jack Russell Memorial Stadium in Clearwater.

Bradenton is the Class A Advanced affiliate of the Pittsburgh Pirates’ organization.

Shortridge was selected in the fourth round by Pittsburgh in the 2018 First-Year Player Draft out of UC Berkeley.

Jalen Green of Napa’s Prolific Prep Academy has been recognized as one of the top state boys athletes of the year for the 2018-19 school year by Cal-Hi Sports.

Green, a transfer from San Joaquin Memorial-Fresno, is listed with others as “Junior Athletes of Honor.”

Green has also been named as one of “The top 20 athletes in the Class of 2020” by USA TODAY High School Sports.

Cory Synnestvedt of Napa and Kevin Alexander of Napa did not advance during a U.S. Mid-Amateur Qualifying on Monday at North Ridge Country Club in Fair Oaks.

Synnestvedt shot a 5-over-par 77 and Alexander had an 80.