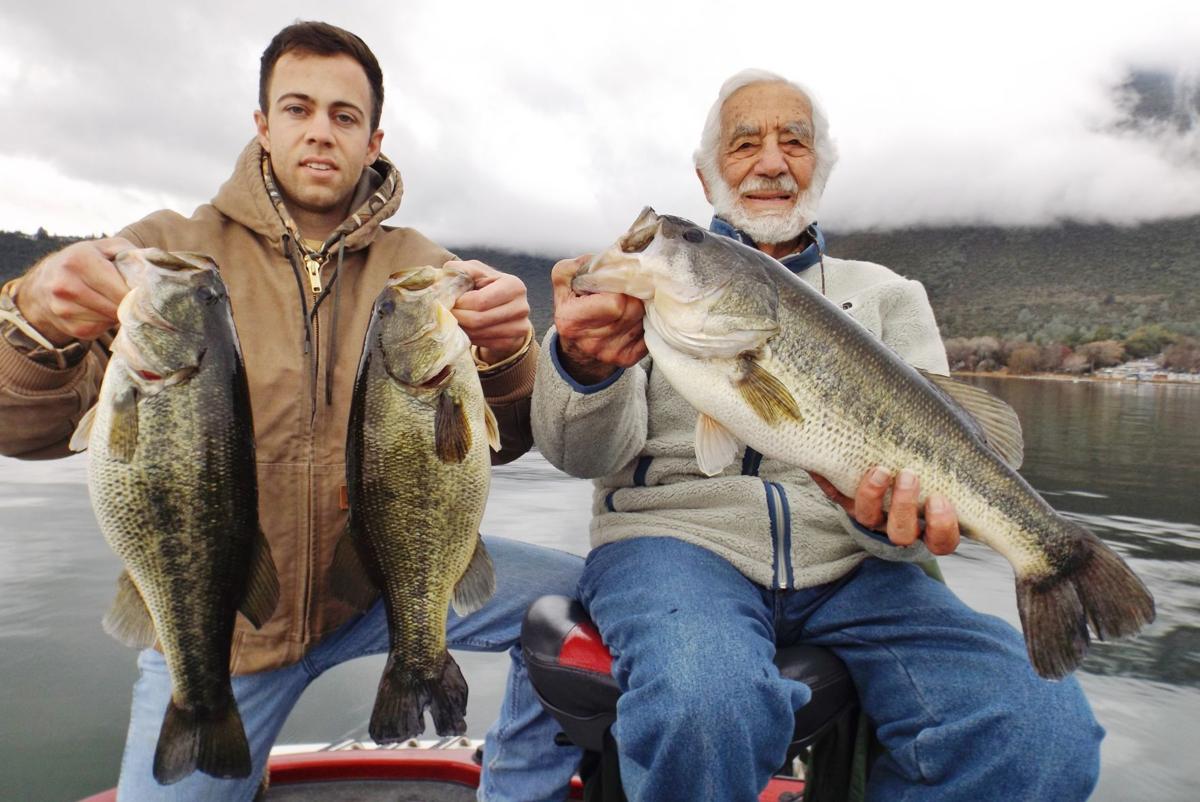 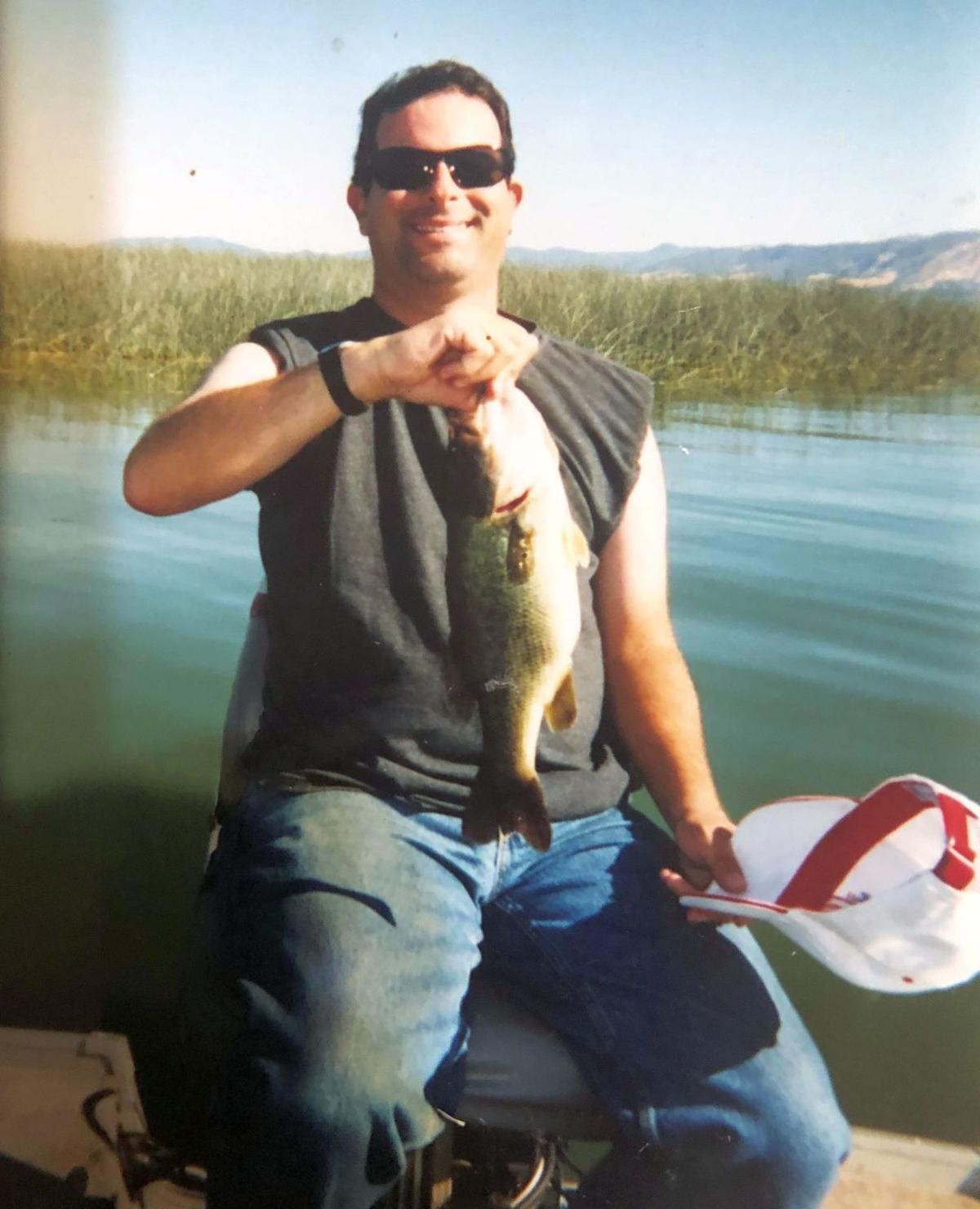 Vince D'Adamo displays a bass he caught while fishing at Clear Lake with Bill Ryan in 2006.

There are people who bait you into a friendship and you become hooked. Since fishing was Bill Ryan’s passion, that analogy is apropos.

The 93-year Ryan, a longtime St. Helena resident who had been a weekly contributor to the Napa Valley Register, St. Helena Star and Weekly Calistogan since the three publications joined forces in 2003, died on Sept. 15 as a result of heart failure. As of this writing, there were no details pertaining to a funeral service.

Ryan's column, titled “Fishing is my Day Job” in the Star and “The Fishing Report” in the Register, gave reports and advice and told the success stories of anglers in hot spots close by and around the world.

There was more to Bill than fishing, however. Professionally, he was a sales executive for Beringer Vineyards. Bill was also known as “St. Helena Notary on the Go.” It was a side job he added in 2009 when he was 81, not an age when many people are taking on new careers. Bill was also the pivotal man behind the St. Helena Street Piano. He would never shy away from outspoken letters to the editor, either, especially if they pertained to local politics.

I had two separate stints as the Upvalley sports beat reporter — January 2004 to September 2010, and April 2012 to December 2014 — for the Star and Calistogan, with a stint at the American Canyon Eagle in between while Jess Lander kept the Upvalley seat warm. I have since changed careers, but remain active in this space as a freelance writer.

During that time Upvalley, I became very well acquainted with Bill. He stopped by the office regularly with photo submissions for his column. If I was not present, he would leave them on my keyboard. If I was present, Bill and I chopped it up like nobody’s business. I grew to love him like a crazy uncle.

Bill profusely complimented my work as a writer. I felt like I was on top of the world when we talked. The Rhode Island native and I talked about everything — sports, life, family, etc. — and his brash East Coast accent was noticeable.

I was grateful for Bill’s fishing reports because they provided great diversity for our sports sections. My proudest moment as a sports journalist came in 2008 when the Weekly Calistogan and St. Helena Star earned first and second place, respectively, for sports coverage by the California Newspaper Publishers Association in Category D — weekly newspapers with a circulation of 4,300 or less. That achievement was like winning gold and silver medals. I firmly believe we don’t win those awards without Bill. His contributions allowed our Upvalley sports sections to go from great to dominant.

I would be the first to tell you that I’m not an avid outdoorsman. I have never hunted and have fished only a few times. I have no problem with either activity, but the clean-up that comes with it is more than I want to endure. Another reason why I appreciated Bill’s contributions to my sports sections was because he could tell fishing stories and give expertise in that arena far better than I could.

One random Monday, I was working on sports stories for each edition at my office in St. Helena when Bill stopped by to submit photos for his column. He then asked me if I would like to go fishing with him one day. Without even thinking about what I was getting into, I said yes.

I had been fishing only twice in my life and it was on a family trip to the Klamath River, which is north of Yreka near the Oregon border. My parents have friends who once owned a cabin in the small hamlet of Hamburg. Shout-outs to Keith and Joan Pieper.

I had not gone fishing in 17 years, yet I said yes to a fishing trip with the great Bill Ryan. I always enjoyed visiting with Bill whenever he frequented the office, so I figured, why not spend a day with him in his element?

I knew the trip would involve getting up before the crack of dawn. Considering I have never been one to sleep in late, I did not see that as an issue. I arrived at Bill’s house at about 6 a.m. to embark on our trip to Clear Lake. On the way to and from the lake, we enjoyed great conversation ranging from family to sports.

The trip on the lake from the docking point in Kelseyville was a day to behold. I attained a greater appreciation for the work that involved a fishing trip — including, but not limited to, hitching and unhitching the boat into and out of the lake from his Ford F-150 pickup truck.

Once we got onto the lake, little did I realize that Bill was a “catch and release” guy. I guess when you fish so often, you can freeze or eat only so much of it. I discovered this when I reeled in a 2-pound bass.

No sooner was Bill excited for me to catch a fish 17 years removed from my last fishing excursion was he was telling me “Throw it back!” Without thinking about what he said, I abided. My first thought was, “It must be too small for the legal limit.” So 15 minutes or so passed and I asked him if he threw back everything he caught. He then asked me if I wanted to keep it. I replied, “Damn right. I didn’t wait 17 years to throw it back.” We both chuckled.

As I look back, I can understand the difference between a regular angler using the “catch and release” approach versus someone who rarely fishes wanting to bring one home.

I would get another chance later in the day as I reeled in another 2-pound bass. Bill held up the net to bring the fish back into the boat. The fish was placed under the bench seat in the boat and floated in water until we docked much later in the day.

One thing I discovered about those who fish is they see water skiers as an annoyance, because of the waves they create making for a disturbance. I remember one group with a skier that came within about 100 yards of us. Bill had a few choice words for them that I can’t repeat in mixed company. In the meantime, I’m thinking to myself, “Thank God they can’t hear us.”

As the day concluded, Bill pulled out a sawed-off baseball bat and groveled, “Take that fish you caught and smack him over the head.” In the meantime, I’m thinking, “Wouldn’t it have been easier to put him in an empty bucket and let him die that way?” I did what the man said and smacked the fish.

When I got home, trying to clean the fish was an exercise in futility. So I took it to my parents’ house and had my mom clean it.

The day turned into an all-around victory in the D’Adamo house because my wife Jacqueline — who I have been married to for 18 years as of this writing — discovered she was pregnant with our first child. Nine months later, we welcomed Juliette Scioneaux D’Adamo into the world. She just began her freshman year at Vintage High.

The day was a great experience because I developed an appreciation for what those who go fishing regularly endure. It was also a great experience spending an entire day with Bill, because he was someone I considered to be a friend. Like most people, get him into the confines of his hobby and he reveals a triggered side — and I mean that in the most complimentary way possible. However, away from or within the confines of his hobby, he was a great man.

Bill, I know we will meet again some day at that lake in the sky, but I hope that reacquaintance is delayed for a long time. At least that is the line of thinking.

The Napa Valley Fishing Report: Green River a sleeper with trout and scenery

Vince D'Adamo displays a bass he caught while fishing at Clear Lake with Bill Ryan in 2006.