Become a Member
Read Today's E-edition
Share This
County Football Insider: Bowers is Freshman of the Week in SEC again
Share this
1 of 2 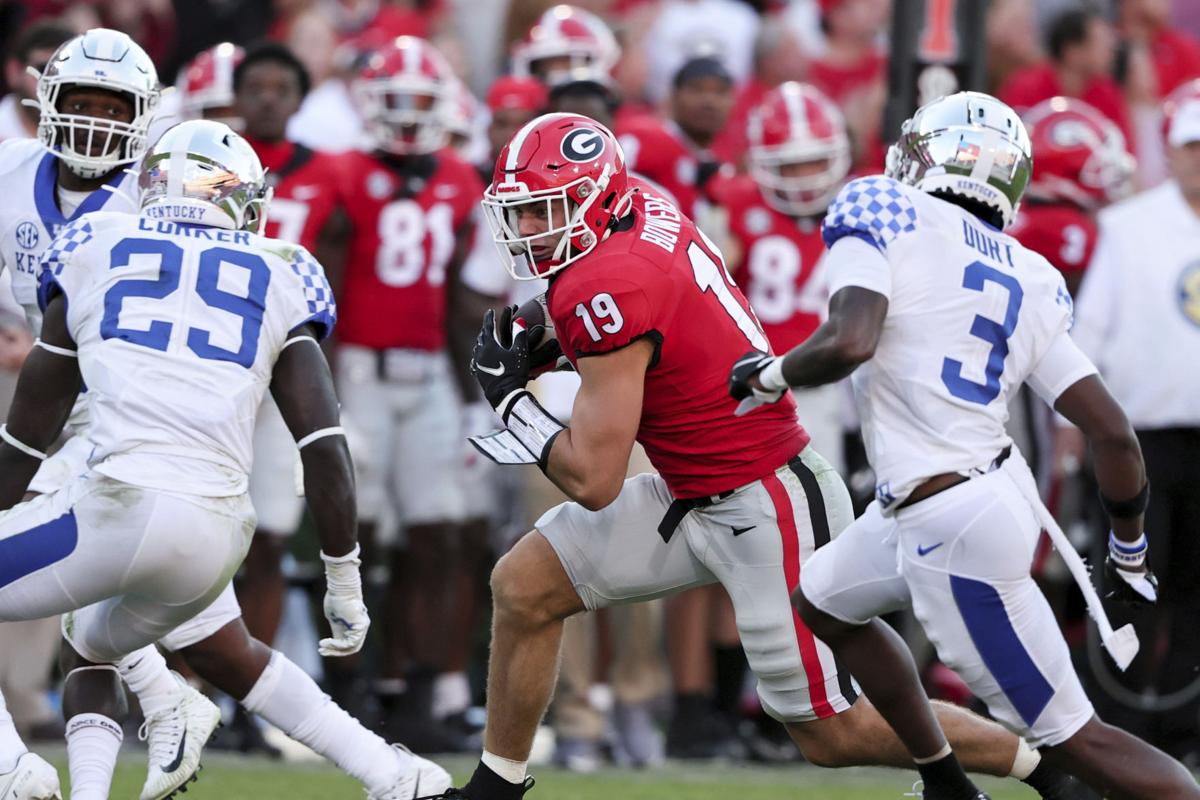 Georgia tight end Brock Bowers (19), a 2021 Napa High graduate, carries the ball after a reception as Kentucky defensive backs Yusuf Corker (29) and Cedrick Dort Jr. (3) close in for the tackle during the second half Saturday in Athens, Ga. 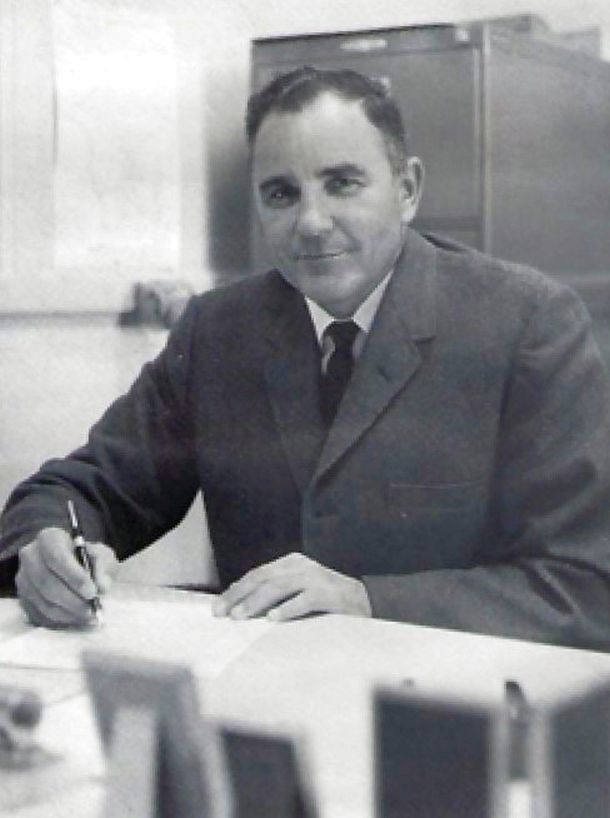 Ken Casanega, who was the last surviving member of the San Francisco 49ers' first team in 1946 before he recently passed away at age 100, is shown in a yearbook photo when he was the principal at Napa High School.

For the second time this season, Brock Bowers of Napa has been honored by the Southeastern Conference.

Bowers, a tight end for the University of Georgia, was named as the SEC Freshman of the Week after catching five passes for 101 yards and two touchdowns in the Bulldogs’ 30-13 win over Kentucky, it was announced in a report at georgiadogs.com on Oct. 18.

Bowers caught a 27-yard touchdown pass in the third quarter and pulled in a 20-yard TD pass in the fourth quarter for Georgia (7-0 overall, 5-0 SEC) in the game on Oct. 16 at Sanford Stadium in Athens, Ga.

“He helped the Bulldogs distance themselves 21-7 from the Wildcats with an acrobatic 27-yard catch in the end zone. In the fourth quarter, Bowers put the game out of reach for Kentucky as he caught a 20-yard touchdown catch that was lofted over the hands of the Wildcats,” the report at georgiadogs.com said.

Bowers also had 45 yards after the catch.

Bowers is a Napa High School graduate and leads Georgia in receiving, with 25 receptions for 416 yards and six touchdowns.

He has started six of the team’s seven games and is averaging 16.6 yards per reception and 59.4 yards per game.

Bowers was named as the Southeastern Conference Freshman of the Week after catching two touchdown passes and also running for a TD in Georgia’s 62-0 win over Vanderbilt on Sept. 25.

“Our tight ends are weapons. They’re size guys. They make plays down the field,” coach Kirby Smart said at georgiadogs.com. “We’ve got a talented tight end room. As long as they buy in to the team-first concept, then we’ve got a chance to be successful.”

Bowers, named as the All-Napa County Player of the Year by the Napa Valley Register and the Vine Valley Athletic League Most Valuable Player in 2019, enrolled at Georgia this past January.

Georgia continues it season on Saturday, Oct. 30 against Florida in Jacksonville, Fla.

Casanega “was the oldest living 49er and the last surviving member of the franchise’s original 1946 team,” The Chronicle reported. He was 100.

He was a halfback for Santa Clara University, playing for the Broncos from 1938-1942. He was inducted into Santa Clara’s Hall of Fame in 1965.

According to Santa Clara University, at scu.edu:

“In 1946, Casanega became one of the original San Francisco 49ers. He spent two seasons with the team and intercepted 8 passes, the 2nd most interceptions in the All-American Football Conference.”

According to Pro-Football-Reference, Casanega was a quarterback, defensive back and halfback with the 49ers.

He went to Castlemont High in Oakland.

It’s the first state small schools Top-16 rankings of the 2021 season for small schools, the report at www.calhisports.com said.

“We’ll do these rankings several more times through the end of the CIF state bowls,” CalHiSports.com said.

Vintage High School (4-3 overall) is No. 22 in the North Coast Section Rankings, announced by MaxPreps at maxpreps.com on Oct. 17.

Also in the rankings:

NorCal JC teams in the rankings

Eleven Northern California teams are listed in this week’s JC Athletic Bureau Coaches Poll, announced on Oct. 19 in a report by the California Community College Athletic Association at www.cccaasports.org.

The U.S. will not send any diplomatic representatives to the Winter Olympics in Beijing as a statement against Chinese human rights abuses.

Georgia tight end Brock Bowers (19), a 2021 Napa High graduate, carries the ball after a reception as Kentucky defensive backs Yusuf Corker (29) and Cedrick Dort Jr. (3) close in for the tackle during the second half Saturday in Athens, Ga.

Ken Casanega, who was the last surviving member of the San Francisco 49ers' first team in 1946 before he recently passed away at age 100, is shown in a yearbook photo when he was the principal at Napa High School.