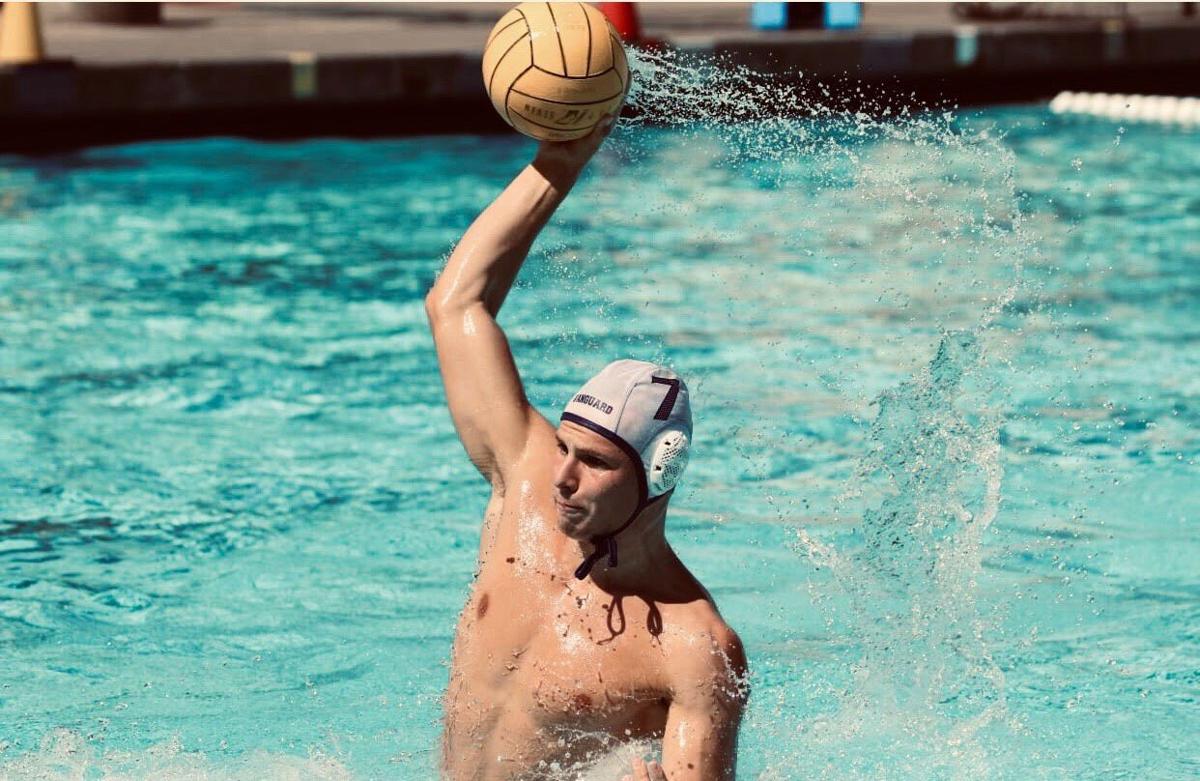 Huntington Beach High senior, Jack Green, a former Napa resident, palms the ball during a water polo match for the Oilers. Green has made a verbal commitment to play water polo for UC Irvine. 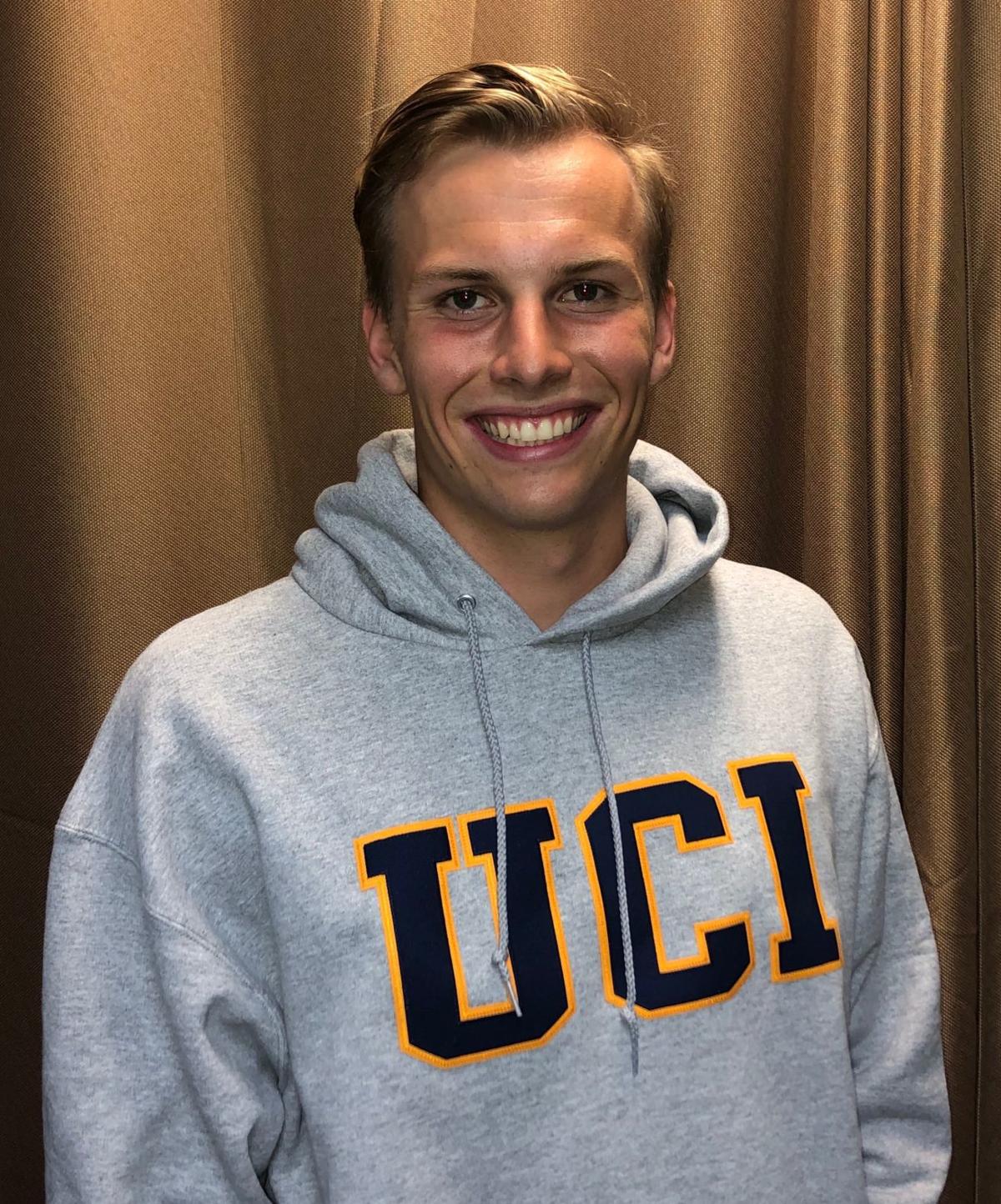 Jack Green has a strong connection to Napa.

It’s where he made his home for 11 years, attending Vichy Elementary School and then River School.

It’s also where he began playing water polo, learning about the game from club coaches such as Joey Gullikson, Joey Doyle and Fabian Camacho.

Green left the area and moved with his family to Southern California four years ago. He hasn’t forgotten about his years in Napa.

“I’m just happy that my hard work paid off and that moving down here was a success,” said Green, a senior at Huntington Beach High School in Orange County and a member of the Oilers’ water polo team all four years. “The whole process of getting where I am has been long and hard.”

Green, a 6-foot-4, 210-pound center, has made a verbal commitment to play college water polo for UC Irvine. He has been accepted academically and will receive a scholarship. He plans to sign a National Letter of Intent in May. He has not declared a major.

“I would say it’s a very humbling experience,” Green, 18, said in a telephone interview last week. “The transition from high school to college is a lot different. It’s going to be a really big change. I’m going to need to gain some speed and size.”

Green has been a starter for Huntington Beach, which was 13-13 overall and 2-5 in the Sunset-Surf League standings last fall.

Huntington Beach was 22-3 and won the Sunset League title with a 5-0 record during the 2016 season. The Oilers were 3-1 in the CIF Southern Section Division I Championships that season, with wins against Damien-La Verne (19-7), Mater Dei-Santa Ana (11-5) and Harvard-Westlake-Studio City (7-6), and a loss to Orange Lutheran-Orange, 9-7.

“My parents always wanted to move here,” Green said. “Growing up as a kid, my dad (Bill Green) would always talk about missing the beach.”

UC Irvine ended the 2018 season with a 10-8 loss to Pepperdine in the third-place game of the Golden Coast Conference Tournament at Ken Lindgren Aquatics Center in Long Beach. UC Irvine, the No. 4 seed in the tournament, went 9-16 on the season.

Green expects to begin training with UC Irvine shortly after graduating from Huntington Beach on June 13.

“I’m really excited, honestly,” he said. “It’s one of those things that you can always hope for, but you can’t really be sure it’s going to happen. It’s a relief that I finally got into the school.”

He expressed thanks to Joey Gullikson, the founder and director of the Bangarang Water Polo Club, who is the associate head coach for men’s and women’s water polo teams at University of the Pacific.

“He’s the one who inspired me to play water polo,” said Green. “I can attribute wanting to go to college because of him.”

Gullikson was an assistant coach for the USA junior national team and played professional water polo in Australia in 2011-2012.

He was the head coach at Justin-Siena High School for boys and girls water polo teams. Gullikson was the Central Zone 10th grade team’s head coach for the Olympic Development Program.

Bill Green, Jack’s father, is a former U.S. record holder in the hammer throw in track and field and placed fifth at the 1984 Olympic Games in Los Angeles.

Bill Green has been retired from the sport since 1987.

Huntington Beach High senior, Jack Green, a former Napa resident, palms the ball during a water polo match for the Oilers. Green has made a verbal commitment to play water polo for UC Irvine.