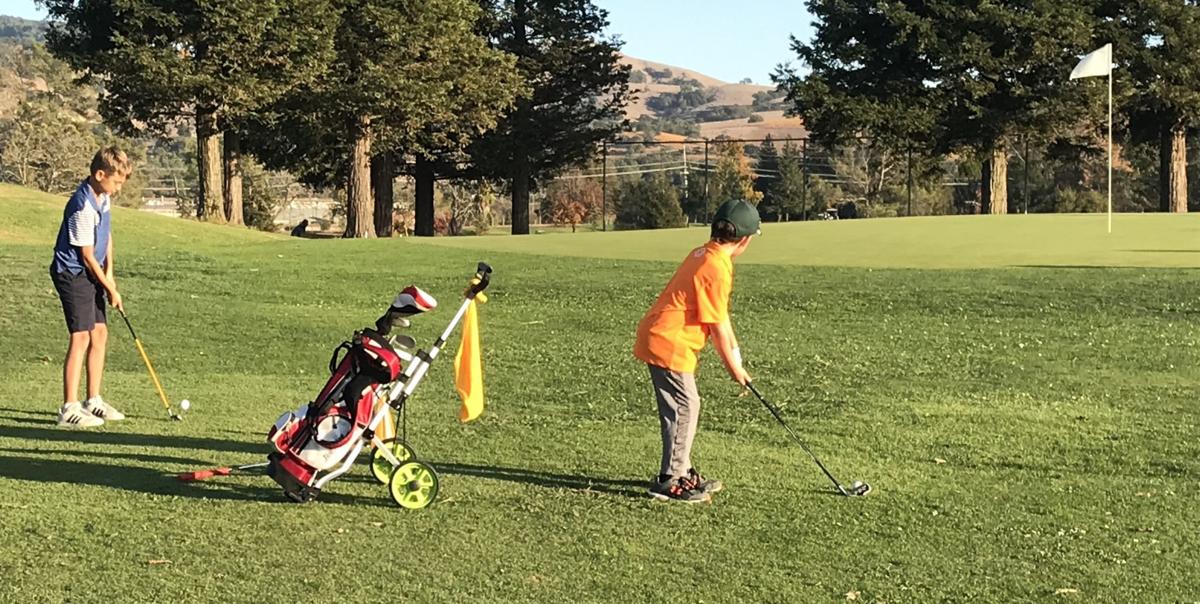 The goal of Operation 36 last Sunday at Napa Golf Course was to get around the nine-hole course in 36 strokes or fewer while hitting from orange cones 25 yards from the center of each green. 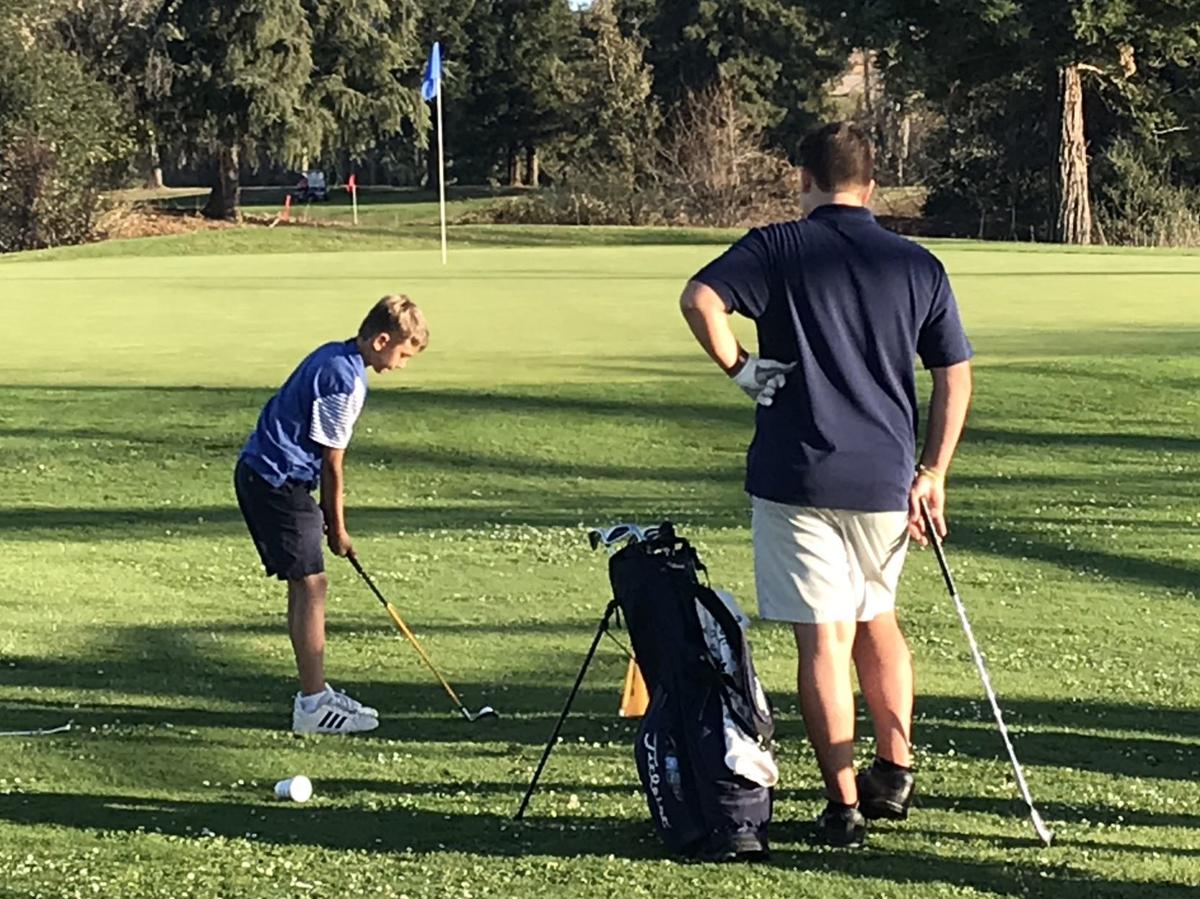 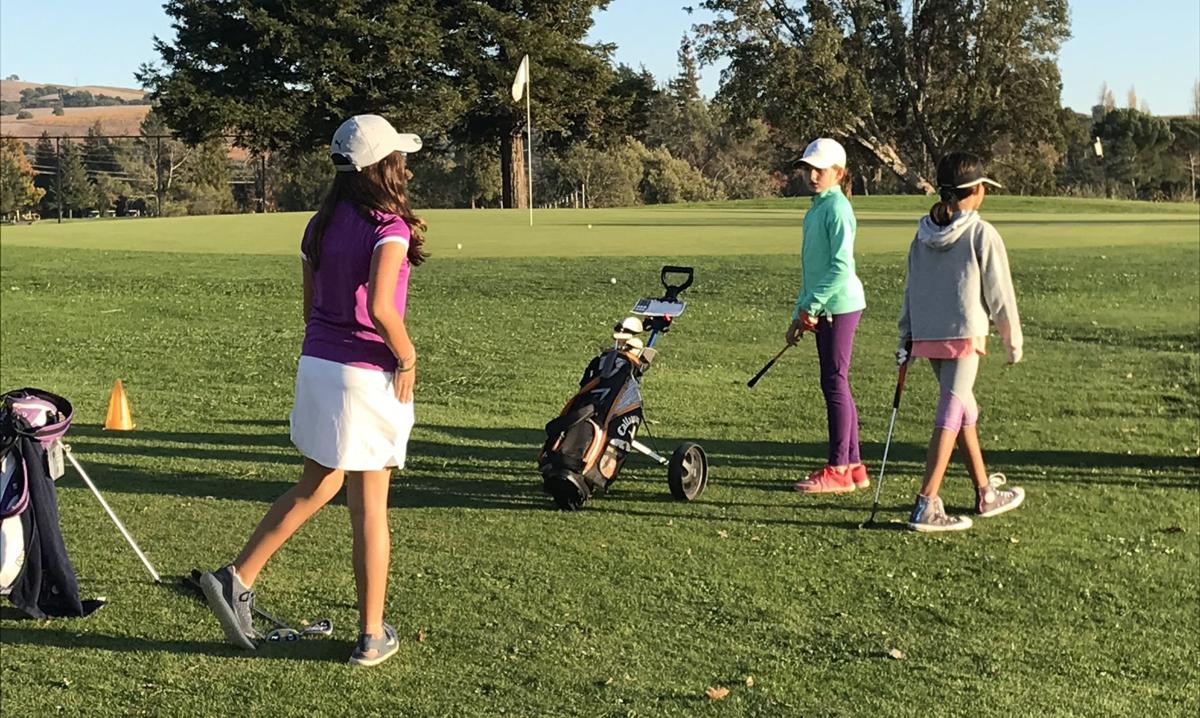 Of the 50 players in Operation 36 last Sunday at Napa Golf Course, 32 had a score of 36 or better and are eligible to compete Dec. 15 on a longer Division 2 course.

The goal of Operation 36 last Sunday at Napa Golf Course was to get around the nine-hole course in 36 strokes or fewer while hitting from orange cones 25 yards from the center of each green.

Of the 50 players in Operation 36 last Sunday at Napa Golf Course, 32 had a score of 36 or better and are eligible to compete Dec. 15 on a longer Division 2 course.

They were a combination of junior players and adults, ranging from those just beginning the game to those who are at an intermediate level.

It was the program’s first testing day, with each player hitting their first shots from next to orange cones that were set up just 25 yards from the center of each green. The goal was to get around the nine-hole, par-36 course in 36 strokes or fewer in order to graduate from a Division 1 to a Division 2 course set-up.

With an emphasis on the short game, including chipping, pitching and putting, 32 players – 10 of them juniors – had a score of 36 or better. They are eligible to compete Dec. 15 on a longer Division 2 course, with the starting set-up at 50 yards from each green on each hole. Those who did not shoot 36 or lower will re-try again from the Division 1 distance of 25 yards.

The mission of Operation 36, founded by PGA professionals Ryan Dailey and Matt Reagan in 2010, “is to design the world’s most effective long-term programs and technology to introduce and progress a beginner in playing the game of golf,” according to the program’s website, operation36.golf.

Operation 36 has grown to more than 450 locations and now involve 28,000 participants, its website reports.

“The program evolved to becoming a standard in how beginners (adults and juniors) are introduced to the game. Golf facilities now have a fun and structured plan to introduce a golfer to the game and technology to support the entire experience,” according to operation36.golf.

The concept is to get beginners and intermediate players to learn the game of golf from the green outwards.

“It is great to have this program in place to foster an exciting way to create golfers as they enjoy incremental successes through these divisions of shooting par or better,” said David Knox, Napa Golf Course’s Director of Instruction.

“I think it’s a great way to get into the sport of golf, rather than coming out as a beginner, whether you’re a kid or an adult and trying to play from one of the long tees, because you play way too many strokes on your first golf experience on the golf course. So I think this is really cool here in the community of Napa to have a club like Napa Golf Course participating in Operation 36.”

Locally, Operation 36 is directed by Knox, who has been a PGA Class A member since 2010. The cost of the program is $5 per person per month and is available to everyone of all ages, including families. The process involves the player graduating from each division, eventually working their way to the full length of the hole.

“You want to have success when you get into a new hobby or a new sport,” said Knox, who also works as an assistant coach for the Napa Valley College men’s and women’s golf teams. “And part of the success in our game is getting that little golf ball in the hole on the green – that’s the end of every single hole that you play. So starting them off, being able to have those successes and being able to say, ‘Hey, I went and shot even par for nine holes today,’ is a really great confidence builder for junior golfers as well as beginning adult players to feel that sense of accomplishment, that sense of success so that they can then graduate to a longer length golf course.”

Last Sunday’s tee times began at 1:30 p.m. and went to 3 p.m., with each round taking about an hour for most participants to complete.

“While it is geared as a long-term coaching program, which tends to speak to beginners and intermediate players, you certainly could have avid golfers do this program as well,” said Knox.

“I’m thrilled that three weeks into the program, we had 50 people enjoying it today. There is something in our community that hey, we are blessed to be able to play this sport 12 months out of the year, why not have a program where you maybe dedicate a little bit of time to learning some of the short game fundamentals of the game to improve your golf performance.

“I noticed today, with our set-up, two or three of the holes had a hole location pretty close to the edge of a green, which is a great learning experience for beginning players to understand and think through their next shot, that they want to leave themselves and strategize a little bit about how much energy to give a shot or to give a putt so that you can kind of get it to come to rest pretty close to that hole location.”

Others advancing, with their score:

The junior academy is for those ages 7 to 17.

Napa Golf Course, designed by Jack Fleming and Bob Baldock, is a championship daily fee layout. At one time, the par-72, 6,681-yard course was a Monday qualifying site for the Kaiser International Open Invitational and Anheuser-Busch Golf Classic, PGA Tour events that were played at Silverado Resort and Spa. NGC has also hosted U.S. Open local qualifiers over the years.

The Napa Valley College men’s and women’s golf teams both play and practice at the course. Local high school teams also use the facility.

More information is available by emailing Knox at davidknox@pga.com.