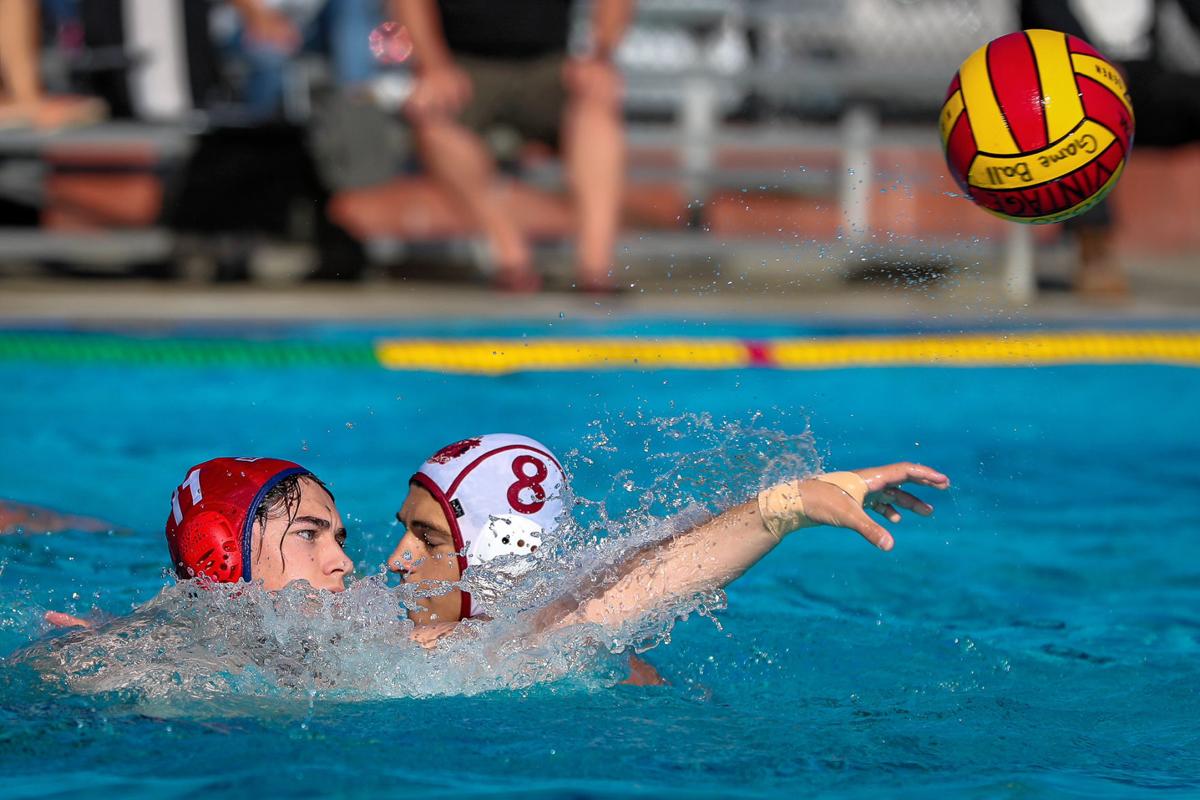 Justin-Siena's Gino Bartalotti (11) turns to pass as Vintage's Nico D'Angelo (8) defends up close at Napa Valley College on May 17. 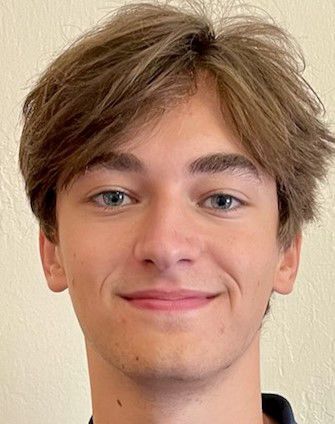 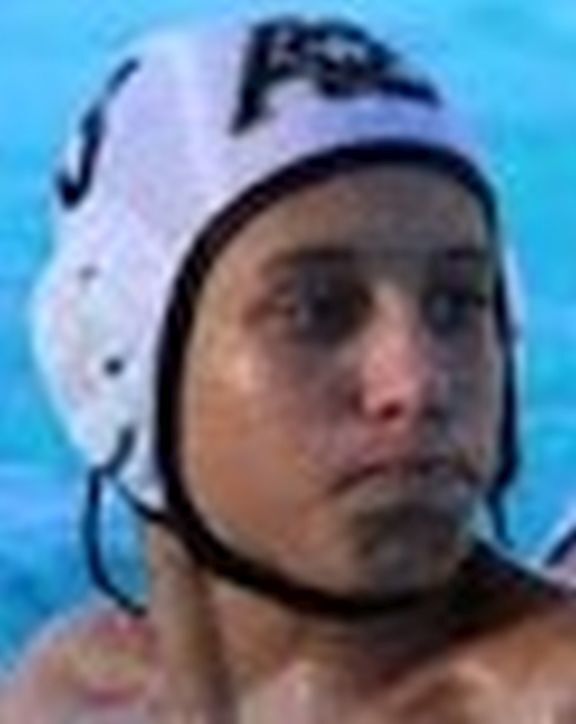 The Vintage High School boys water polo program has had some amazing players over the years, and Nico D’Angelo is certainly one who won’t be forgotten.

In this spring’s pandemic-shortened six-game season, the 2021 Vintage graduate the Crushers with 39 goals, 22 assists and 21 steals and also in drawn ejections.

D'Angelo, the team captain and team MVP, was also named the high school’s 2020-21 Male Athlete of the Year. He makes his third straight appearance on the All-County team.

“Over the past four years, Nico has shown a dedication to the game that is unparalleled,” head coach Mackenzie Anderson said. “His passion, worth ethic, commitment and drive have put him on another level. It has been a joy to watch his leadership skills develop alongside his play. If he keeps it up, I see many more great things coming his way.”

Here are the other honorees:

Bacci, making his second straight appearance on the All-County team, had 10 goals, 13 assists and 7 steals for the Crushers.

“No matter the obstacle in front of him, I can always count on Carson’s never-ending effort and hustle. This was why he was one of my Coach’s Award recipients,” said head coach Mackenzie Anderson. “He shows a consistent spirit to achieve as well as a willingness to do whatever is necessary to support his team. With this attitude, Carson will always be successful.”

Bartalotti was one of seven juniors who returned to the varsity for the Braves this spring and could be a formidable group this fall. He's been a team captain for two years. He's also played club water polo for four years and was a 2018 medalist in the Junior Olympics.

A defensive specialist and the Crushers' Defensive Player of the Year, Dandini collected 16 goals, 16 steals and 12 assists this season.

“For four years I have watched Dom be underestimated by his opponents, which is a mistake they come to regret,” said head coach Mackenzie Anderson. “He is one of our fastest swimmers and he often guards athletes two to three times his size, effectively shutting them down. That is a unique combination. His competitive nature and innate toughness shine in the water.”

In his second varsity season and first as Vintage's primary 2-meter man, Davis scored 34 goals while contributing 17 steals on defense.

“Mason has worked incredibly hard between his sophomore and junior seasons to become a major playmaker for us,” head coach Mackenzie Anderson said. “Physical, smart and a true competitor, I anticipate that Mason will only make a greater impact as he continues to gain experience.”

Kleis makes the All-County team for the second year in a row. He continued to bring tenacity to the Braves, working hard in practice and even harder in games, providing leadership and a voice in the pool.

Making his second All-County appearance in a row, Llewelyn was a team captain and voted by his teammates as Vintage's Offensive Player of the Year. In his third varsity season, he tallied 16 goals, 10 assists and 9 steals.

“Theo provided much-needed calm, experienced leadership for us this year,” said head coach Mackenzie Anderson. “He is a team player who can always be counted on to maintain his composure and work hard — not to mention, he has a cannon of an arm. He has had a huge, positive impact on our program.”

The goalkeeper tallied 36 saves and 26 steals from the cage this year, including an impressive 9 saves and 9 steals against Liberty.

“When Aidan is focused, he is just a wall,” head coach Mackenzie Anderson said. “He also has an incredible arm and can make truly brilliant counter attack passes. It was fantastic to watch him play at such a high caliber against Davis and Liberty this year.”

In his third season of the sport, Santiago was a team captain and led the Wolves in goals and steals.

He is a leader in and out of the pool,” head coach Sarah Wolfe said.

Justin-Siena's Gino Bartalotti (11) turns to pass as Vintage's Nico D'Angelo (8) defends up close at Napa Valley College on May 17. 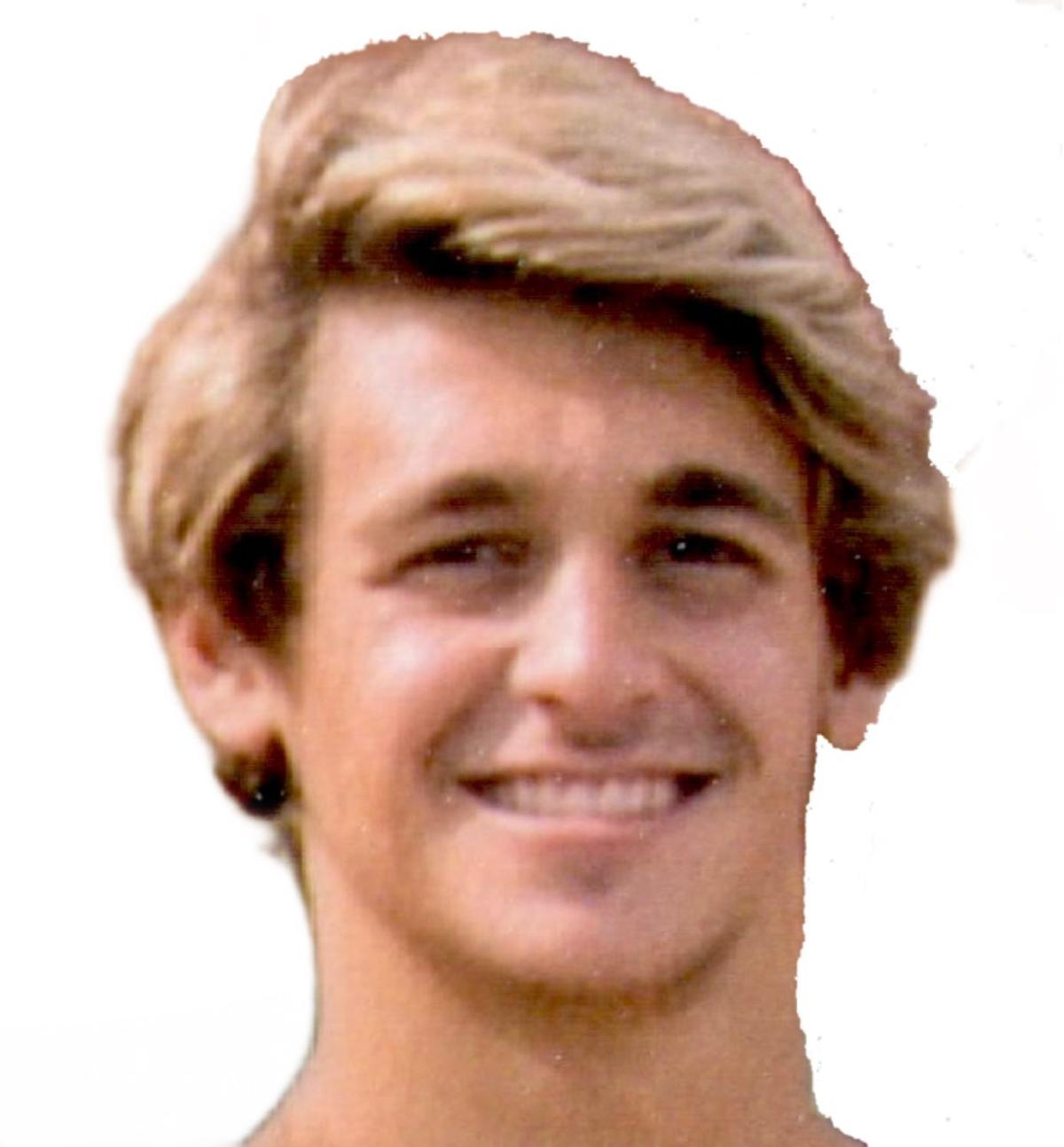 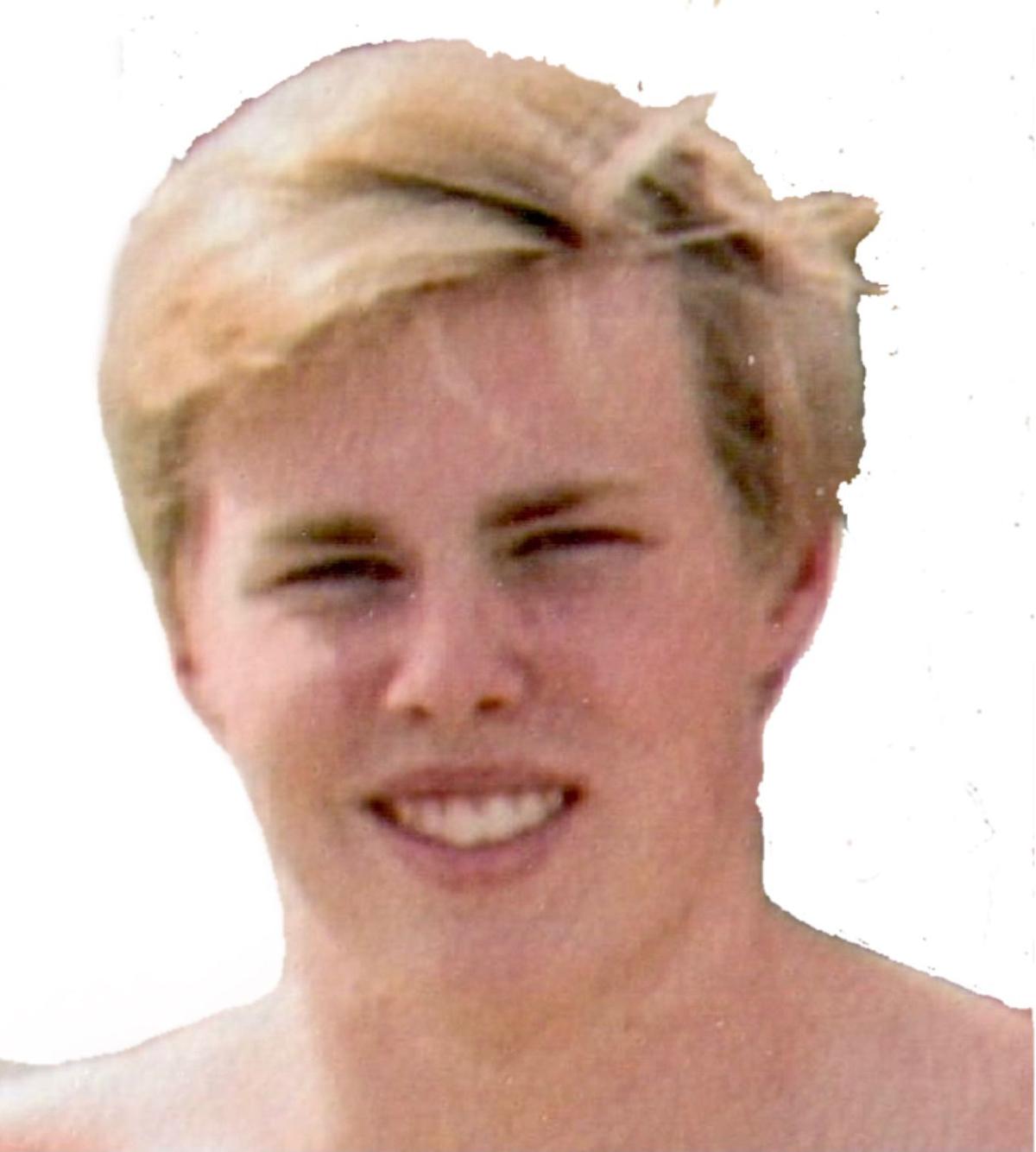 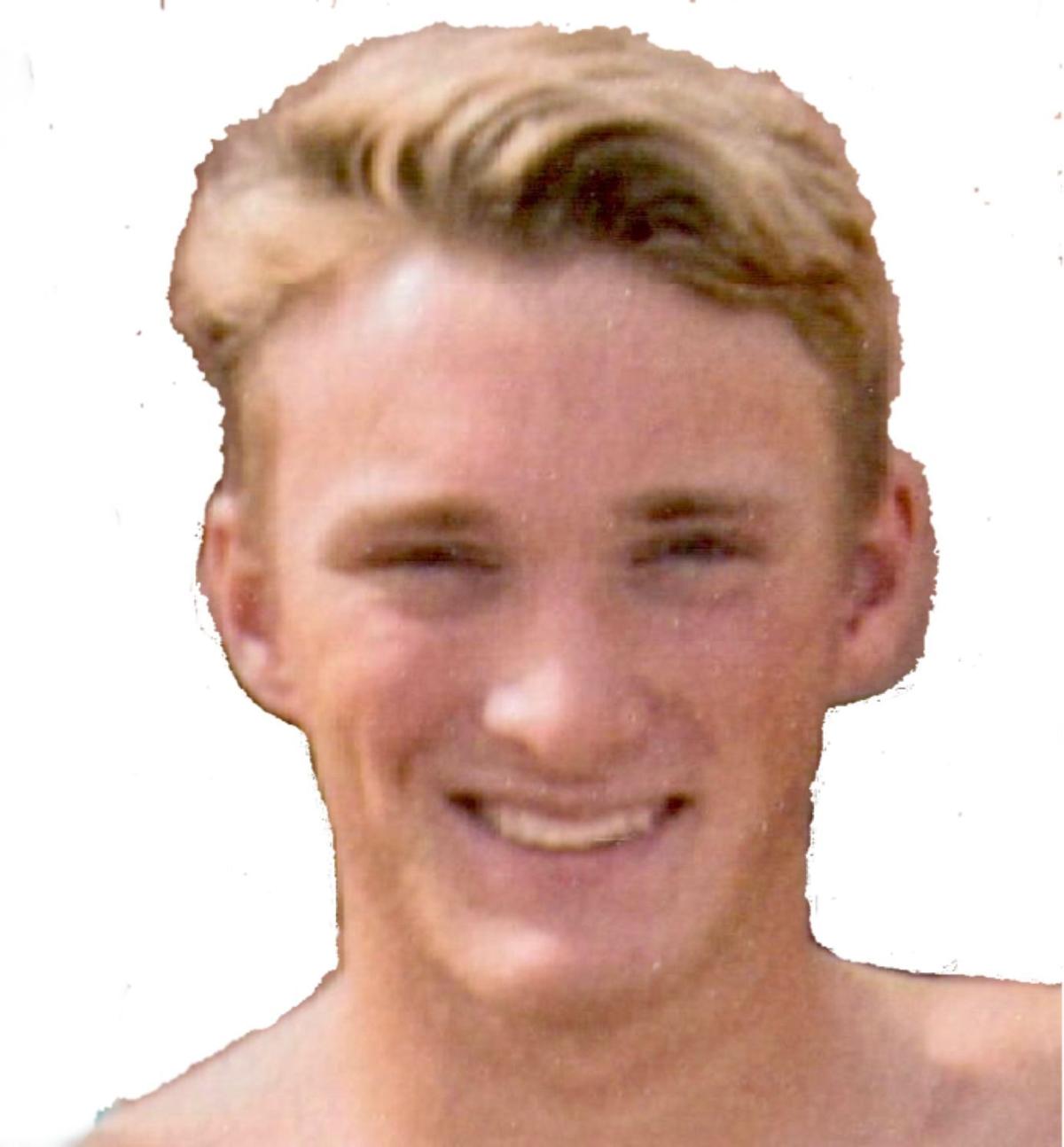 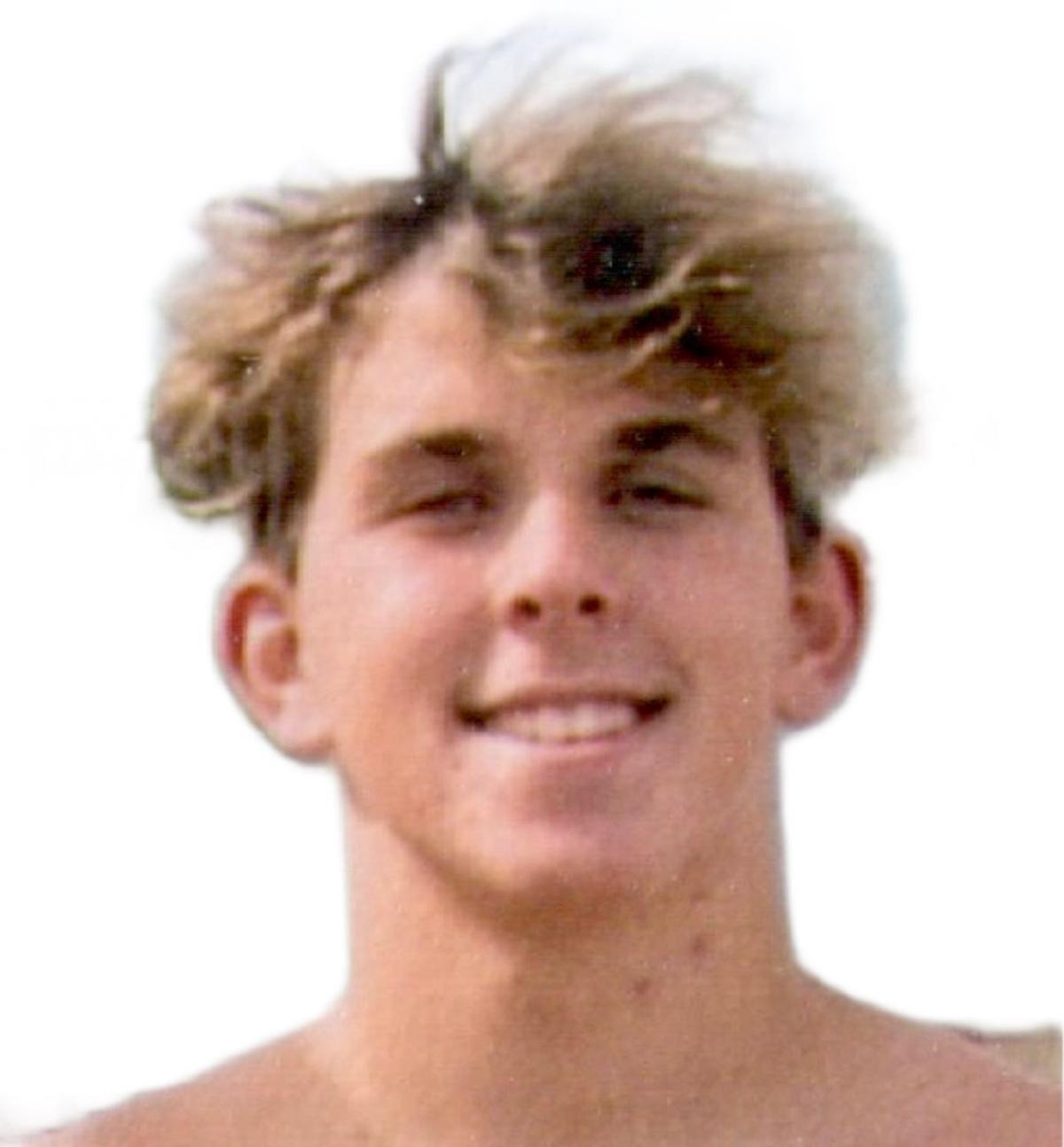 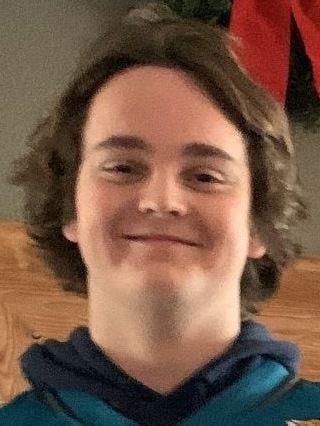 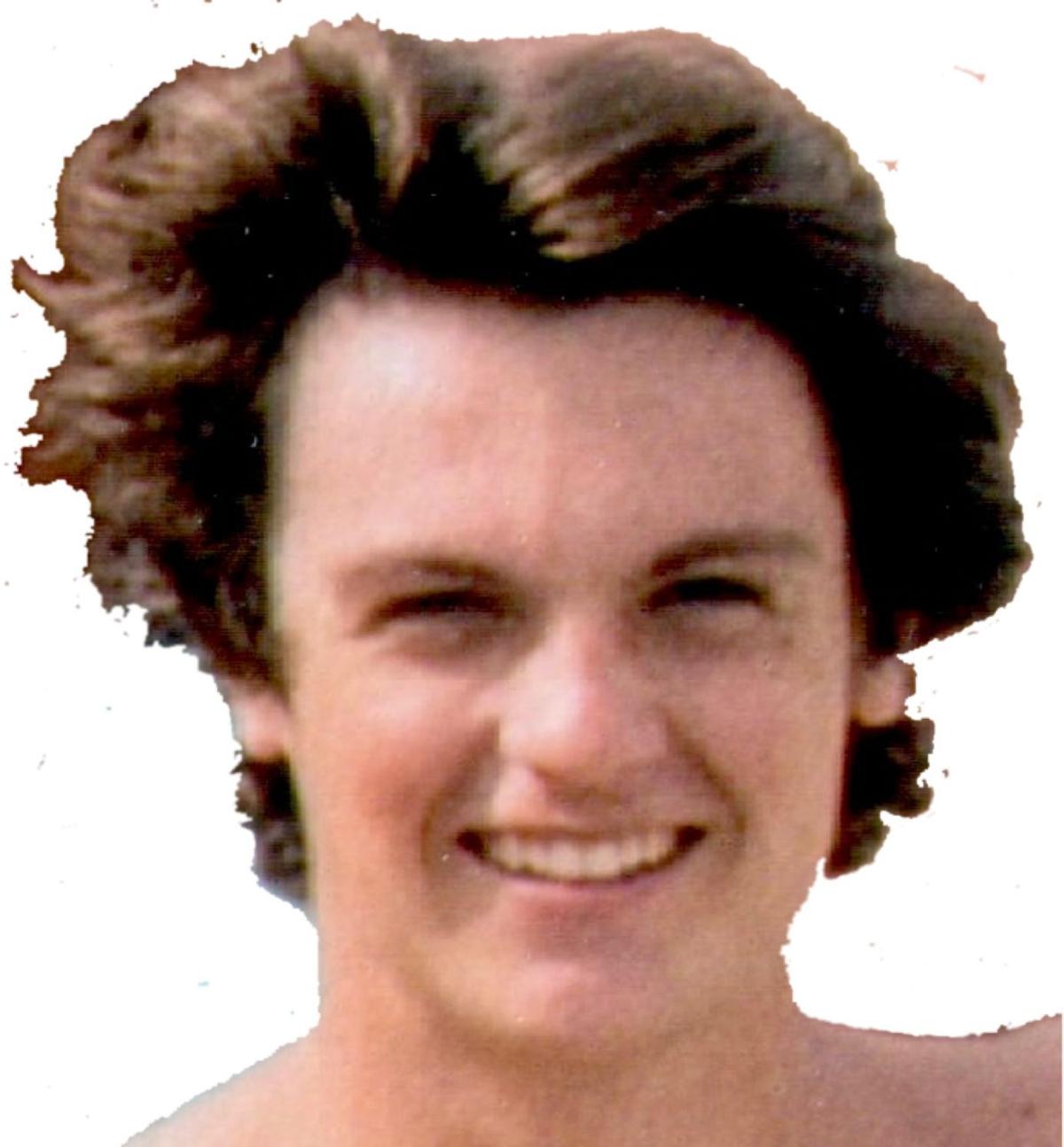 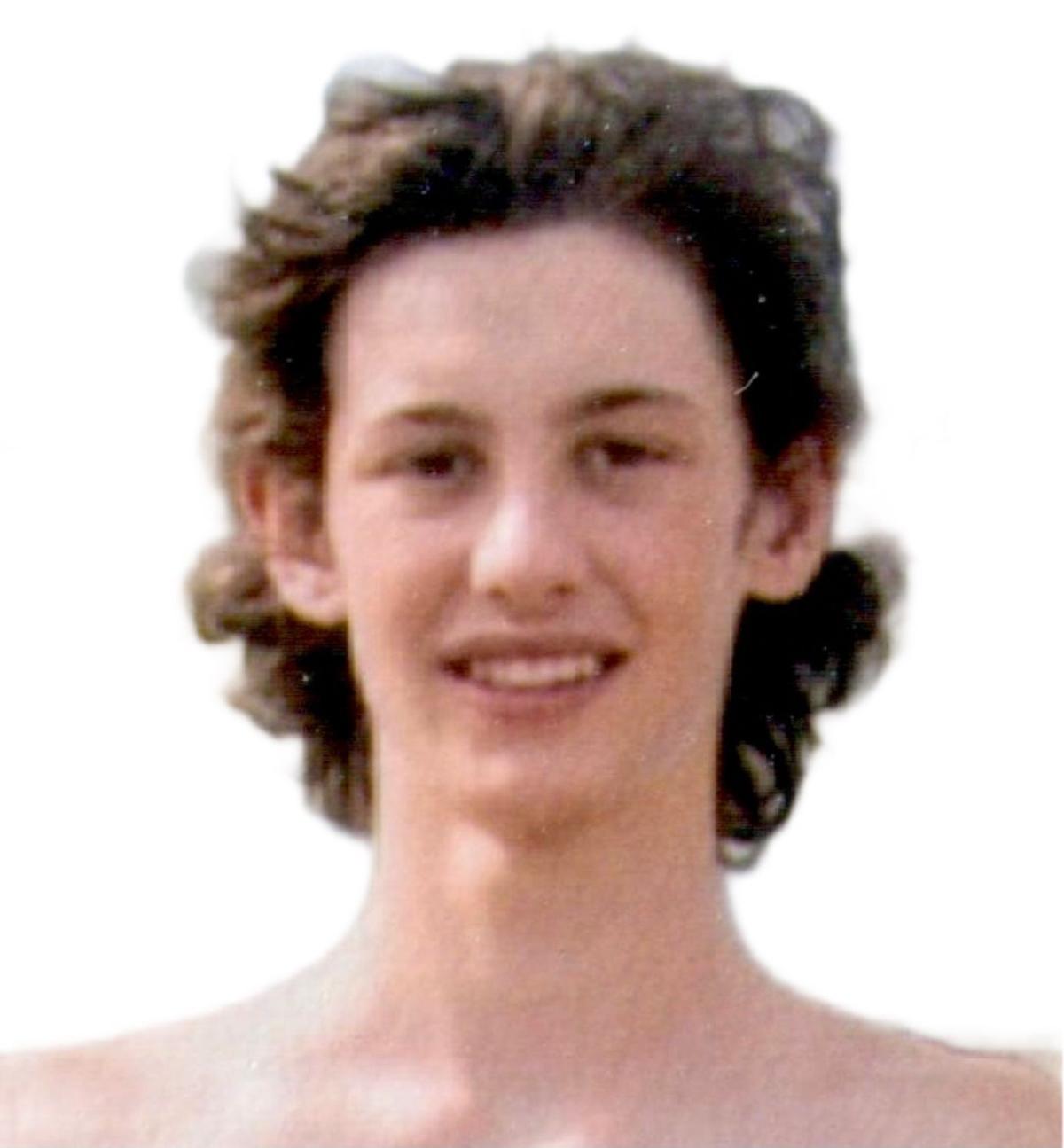