In her fourth varsity season, she led the Saints at the plate with seven doubles and their only home run and was second on the team with a .358 average, 24 hits, 23 runs scored, 19 RBIs. She also had a 5-1 record in the pitching circle in 59 innings of work, striking out 58, walking 17 and hitting one batter.

Dahline was named to the All-North Central League I First Team.

“Carter was the complete leader on and off the field,” Saints head coach Brandon Farrell said. “She demonstrated a quality of unselfishness that I have rarely coached. Teams really had to pitch around her as the main power threat in our lineup. On the mound, she battled all year and had a great season. The best part of calling pitches for her was when she came in after one inning and said she wanted to adjust her fastball to a drop. We called that the rest of the season for her and it became a great pitch.”

She played first base when she wasn’t pitching with power, striking out 89 in 38 innings with only six walks and five earned runs for a 0.92 ERA. She hit five batters and allowed three home runs, but didn’t give up any other extra-base hits. Meanwhile, she hit .375 with seven singles, a double and a triple and had seven RBIs.

Gamsby with continue her softball career with Rutgers University after signing on Nov. 10.

“Raimy is tough competitor in the pitching circle with a pretty good bat at the plate, as well,” Vintage head coach Robert Poppe said. “She normally dominates the batters she faces. I’m not sure there are better numbers in our league.”

In her third varsity season as the Grizzlies’ starting catcher, the hard-swinging Newburn led the Grizzlies with 19 hits, 14 RBIs, 12 runs scored, three doubles and five home runs and beat out Napa’s only triple. She was second with a .442 batting clip.

She was one of the hard-hitting Wolves’ top-five hitters with a .444 average, 20 hits, four doubles, a triple, three home runs, 22 RBIs and 14 runs scored. She also pitched 24 innings and had a 3-2 record with 21 strikeouts, 10 walks and one hit batter. She also turned three double plays.

Pitcher of the year

“Ari excelled in the high school season at getting ahead of hitters. That allowed her to keep kids off balance quite often,” said St. Helena head coach Brandon Farrell. “She had some big games for us during our league season. Only four of her 80 innings resulted in multiple-run innings, so the confidence she brings to our team is really important. She’s learning a lot and continues to get better each year.”

The center fielder batted leadoff all season, striking out only once in 49 plate appearances with a team-high 27 hits, seven doubles, two triples and 16 runs scored. She was second on the team with a .562 batting average and 13 RBIs.

“She brought great energy and was a spark plug for us,” Vintage head coach Robert Poppe said.

“Sofia is a real fun player to coach,” St. Helena head coach Brandon Farrell said of his catcher. “She’s competitive, never wants to come out of the game, and is a pure offensive pest at the plate and on the bases for opponents. She understands how to run the bases, makes contact in every count, and produces runs. She really plays the leadoff spot well. All of that and she caught every inning for us, playing three or four games per week.”

The All-NCL I Second Team selection, a transfer from Calistoga, was third for the league-champion Saints with a .345 batting average with four doubles among her 19 hits, and scored 17 runs and drove in 11.

“Sky brought the missing pieces together on our team,” St. Helena head coach Brandon Farrell said. “The energy she brought to practice, her competitiveness and drive to be better shined, especially late in the season. She made a late-season adjustment and became a dangerous hitter as well. She will be a force the next two years.”

She led a prolific Wolves batting lineup with seven doubles and 27 runs scored and was second with a .523 average, 23 hits, and four home runs. She also had 18 RBIs, struck out only four times and drew six free passes. She also made one error in a team-high 81 chances.

She led the Grizzlies with a .485 batting clip and three doubles and was second with 16 hits, 11 runs scored and two home runs, driving in five runs.

She committed just five gaffes in 132 chances and turned two double plays for the league champions, making the All-NCL I Second Team.

"Linnea has developed into a smooth first baseman with the glove," St. Helena head coach Brandon Farrell said. "She is one of the quietest, but yet determined, kids on the field. She's virtually unfazed after mistakes so, to a coach, her dependability becomes a huge asset. Our infield was three sophomores and a freshman for most of the season. Her consistency saved many runs.”

She led the Braves with a .571 batting average, eight hits and a home run in their first seven of their 13 games. She also shared pitching duties with junior Eleanor Meyers.

She made one error and hit .348 with three doubles and eight RBIs.

She had few first-year jitters for the Braves, committing just one error in 31 chances.

She played shortstop or second base and committed one error all season, and hit .341 with 15 runs scored and 14 hits, including a home run and nine RBIs.

“Brianna held down the middle infield, cracked the top 5 in the batting order, and made a name for herself as an all-around solid softball player and a great teammate,” Vintage head coach Robert Poppe said.

She was on the roster as a freshman but had no hits, and the way she improved made her look every bit a newcomer. She hit .361 with six home runs — three in one game — and drove in 20 RBIs, had three doubles and scored 10 runs.

She finished fourth on the team with a .419 batting clip while belting a double, triple and home run.

She hit .229 with eight hits, including two home runs, and drove in nine runs and scored nine for the Grizzlies.

She had the Crushers’ third-best batting clip at .552 with 16 hits, including three doubles and a home run. 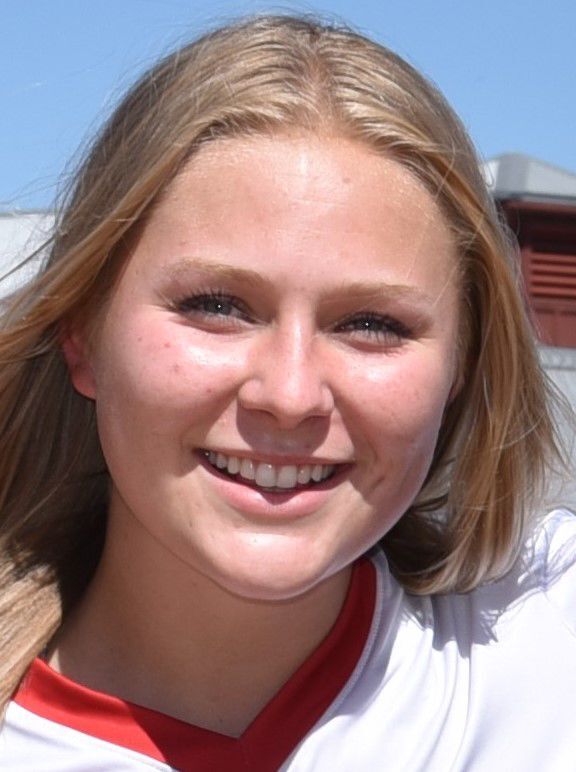 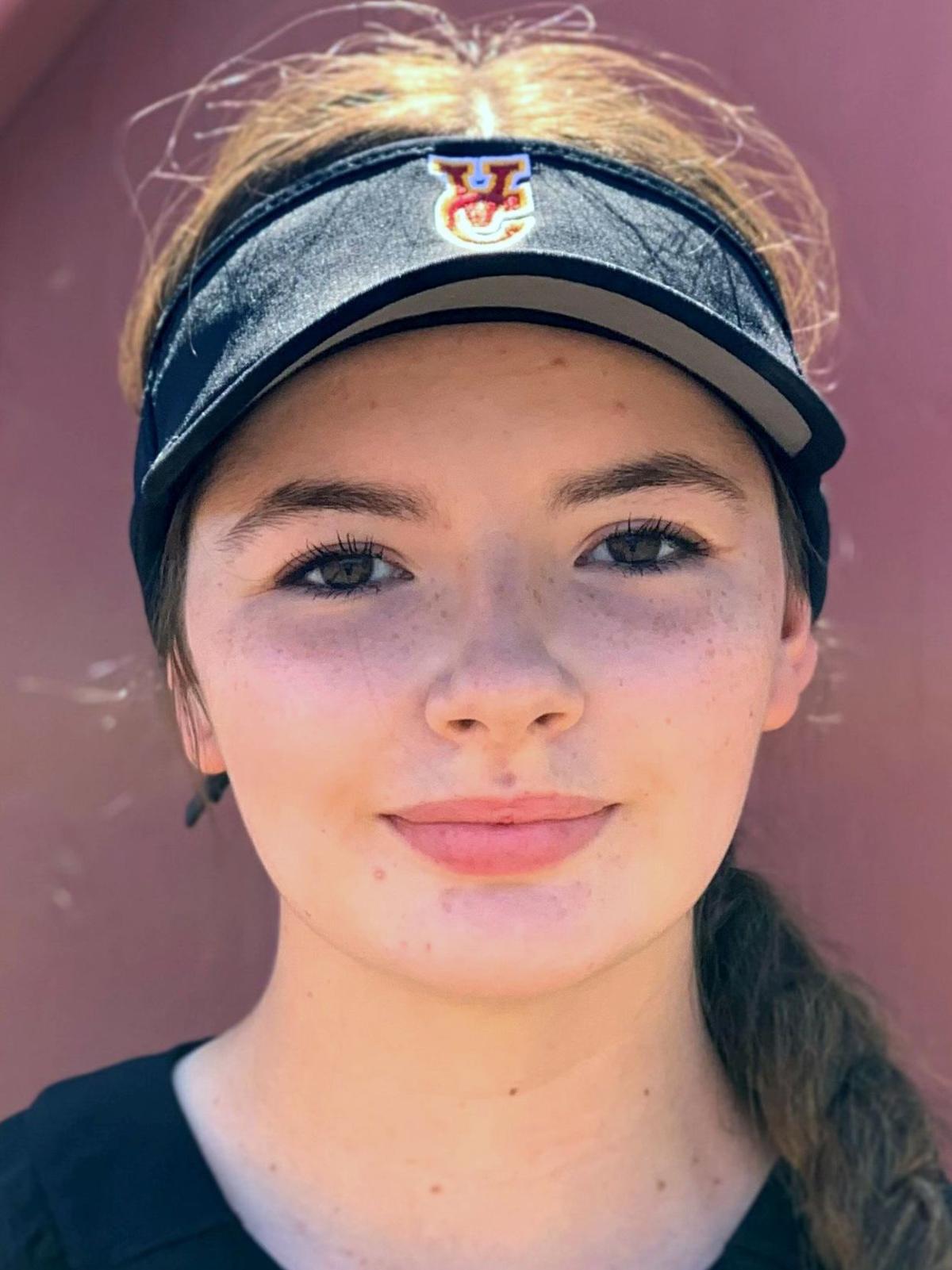 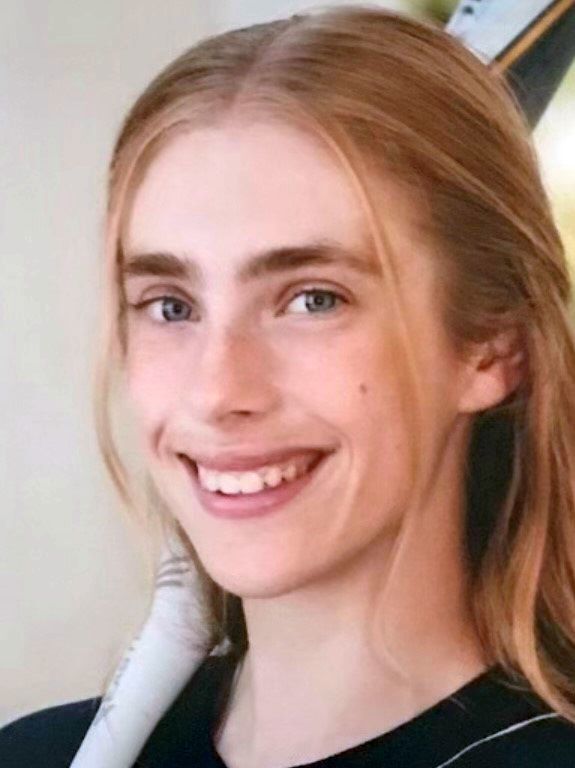 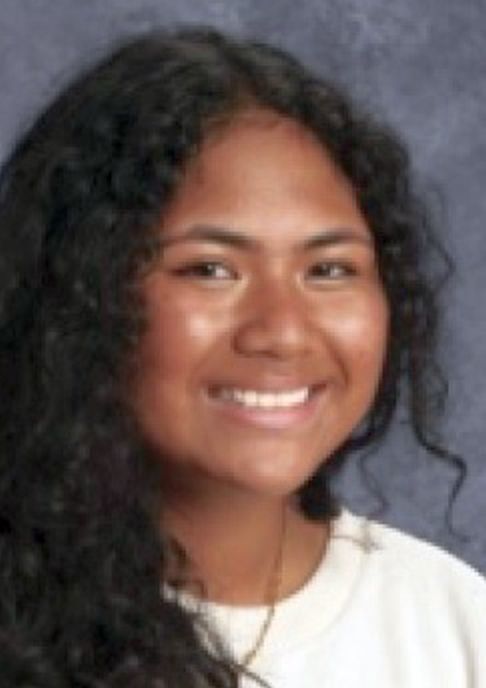