Two years after being brought up to the varsity midseason, Greenlee averaged 18.7 points 3.5 rebounds per game and made the Youth Sports Network All-YSN First Team for the North Bay.

“Brayden was a veteran who read the game and was able to score given any opportunity,” head coach Joel Garcia said. “He was able to create a shot for himself with any defense. He was a consistent shooter and provided momentum for the team.”

Sophomore averaged 12 PPG and 8 Rebounds while shooting 48% from the field. Scored in double figures in 10 games while dealing with frequent double teams, with a high of 21 against San Marin.

In his third varsity season as the Grizzlies’ starting point guard, Oda averaged 13.4 points and 5 assists per game and was named to the All-Youth Sports Network Second Team for the North Bay.

“He provided opportunities for his teammates and executed on his shots,” said head coach Joel Garcia. “Defensively, he was a huge threat, continually providing pressure to the ball handler and making the team turn the ball over with a steal or pressured pass. He’s an unselfish player who shows he can be a threat with or without the ball.”

In the absence of senior captain Logan Nothmann, who was getting ready for the next night’s football Big Game, McCormick led the Crushers to a season-opening 57-53 home victory over American Canyon by scoring 15 points in more than 30 minutes of action. He also had 17 points in an 85-48 rout at Casa Grande.

McCormick was named to the Made the All-Youth Sports Network Second Team for the North Bay after averaging 9 points, 5 rebounds and 2 assists for the Crushers, who finished 13-2 overall and first in the Vine Valley Athletic League at 10-1.

“Josh battled nagging injuries throughout the season but always found a way to compete and contribute,” head coach Ben Gongora said. “He played in pain many games but never complained, nor did he ask for any special treatment. A true team player who wanted nothing more than a W.

“Josh did so much more than what appeared in the box score. He didn’t need to score a lot for us to be successful. He sacrificed his own stats and put team first. He contributed in other ways, including defense and maintaining an offensive flow with great ball movement. Moreover, his leadership skills really blossomed this season.”

The third-year varsity player averaged 17.0 points, 5.1 rebounds, 3.3 assists and 4.0 steals per game for the Wolves, who went 5-1 in Vine Valley Athletic League play and 6-2 overall. Patrick had one of his best overall games in a 70-54 win at Sonoma Valley on May 4, when he racked up 19 points, 8 rebounds, 5 steals and 5 assists. He also scored 19 in a season-opening 57-53 loss at Vintage on April 15. He made the Youth Sports Network All-YSN First Team for the North Bay.

He would score 10 points when a teammate had the hot hand, but Corley caught fire himself with team-high outputs such as 36 points in a victory at Casa Grande or 19 and 21 in Big Game wins over Napa. A transfer from Prolific Prep of Napa Christian, Jackson shot a staggering 63% on 2-pointers (48 for 76). Overall, he averaged 13 points, 4.6 rebounds and 2 steals a game and made the All-Youth Sports Network First Team for North Bay players.

“One of the best pure shooters I’ve ever coached, Jackson is a great kid with a solid family support system in place,” head coach Ben Gongora said. “It was impressive how he eased into things. He didn’t start the first few games as he was getting acclimated to Crusher basketball. He didn’t let that have a negative impact, which is a testament to his character. Jackson trains constantly. He is a total gym rat. I can’t wait to see him really blossom his senior year.”

The guard had nine points and nine rebounds in a 44-40 loss to eventual first-place finisher Vintage at home in April.

“His hustle is second to none,” head coach David Granucci told the Napa Sports News website after the game. “That’s been his M.O. since he’s been here, and he makes great hustle plays and is physical and tough and competes.”

After a 51-45 home loss to American Canyon in April, Granucci told NSN “Keith is solid. He knows exactly what we want, so I trust him.”

The 6-foot-6 junior averaged 7.5 points, 6 rebounds a game in a very solid first varsity season, one that saw him come into his own with a season-high 26 points in a double-overtime win at Sonoma Valley.

“Cole definitely showed flashes of dominance,” head coach Ben Gongora said. “He’s been working hard lifting at CTS (Fitness and Performance) and is working on being more aggressive at both ends of the court. He was great when he looked to score, making 40 of 65 shots from inside the arc, good for an impressive 61%.”

Capitani was selected to the All-Youth Sports Network Second Team for the North Bay.

“Cole is going to have to a much bigger role this season. I know he’s up for the challenge,” added Gongora. “This past season he had solid games, but he also got into foul trouble a few times. We are going to ask a lot of him. I’m excited to see his journey continue.”

The varsity rookie averaged 10.1 points per game with 51% shooting accuracy. The Braves’ most consistent 3-point threat, he shot 36% from downtown with an average of 2 made per game. He scored a season-high 19 points in a road win over Casa Grande.

A deadly 3-point shooter, he averaged 12.3 points, 2.7 rebounds, 1.2 assists and 1.8 steals per game in his second varsity season for the Wolves, who went 5-1 in Vine Valley Athletic League play and 6-2 overall.

Schnaible was not only the best defender on a team that gave up an average of just 56 points per game, head coach Ben Gongora said, but “the heart and soul” of Vintage’s defense.

“Owen won the toughest Crusher award this past season for frequently sacrificing his body in pursuit of the ball,” Gongora said. “His energy and relentless charge helped us set the tone this past season.”

Gongora said Schnaible was responsible for other VVAL head coaches telling media outlets they were “out of sync” or “just couldn’t get it together” against the Crushers, or that their star player “battled through intense defensive pressure,” or “they just kind of took the ball from us.”

Schnaible, who averaged 6 points and 4 rebounds a game, got in the paper for stats like those. But those aren’t what stood out for his head coach.

“Owen always drew the assignment of guarding the other team’s best player. As a result his energy was spent on the defensive end, not the offensive end,” said Gongora said. “Owen sacrificed individual stats for the betterment of the team. Owen not only accepted his role, he owned his role. He relished being our go-to stopper. Owen is one tough competitor. He could take a hit and keep going. He was our defensive quarterback, leading the charge on our pressure D and halfcourt trap. We don’t win league this past season without Owen.”

On the varsity since he was a freshman, Curry averaged 7.1 points, 3.3 rebounds, 3.3 assists and 4.0 steals per game this spring and made the Youth Sports Network All-YSN Second Team.

In his fourth season of basketball, Gorman could be counted on to bring energy and relentless effort in every game. He had 10 points and 6 rebounds in a 71-62 Big Game loss to Vintage down the stretch.

Mitchell averaged 5.3 points and 3.5 rebounds, tallying 10 points and five rebounds in 44-40 win over Justin-Siena. Head coach Ben Gongora said two summers ago that the 6-foot-3 forward-center learned as a junior to “play tougher and really take pride in owning the paint. To his credit, he’s risen to the challenge. He has a soft touch from 10 feet and in, which is a nice weapon to have from the post position.”

Ryan was voted the Braves’ defensive player of the year by teammates after anchoring their defense. Head coach David Granucci said Ryan was the Braves’ “most sound defender -- excellent on-ball defender on the perimeter, great instincts as a helper, an elite communicator and led us in 50/50 balls leading to second-chance opportunities.”

The three-sport athlete helped lead the Braves to a 49-47 win over visiting Napa in April with seven points and three rebounds. Since missing his entire freshman year of sports because of a knee injury from summer football practice, he’s been on the varsity in football, basketball and baseball.

He averaged 5.5 points and 7.2 rebounds per game for the Grizzlies, who went 2-9 in a Vine Valley Athletic League-only season but lost five games by single digits.

“Miles executed shots and provided second-chance opportunities,” head coach Joel Garcia said. “Overall, he had a solid season for a newcomer and showed leadership through example at practices and games.”

He averaged 6.3 points and 6.3 rebounds for the Wolves, who went 5-1 in Vine Valley Athletic League play and 6-2 overall.

He averaged 8 points and 20 minutes per game for the Braves and often drew the other team's best player as a defensive assignment. He scored in double figures five times, all in victories, and logged a season-high 26 points in a 58-54 win over second-place Petaluma in the Braves’ penultimate game.

He spent most of the season recovering from a significant leg injury, head coach Ben Gongora said, but stayed positive. Thanks to his parents and doctor, he played in the Crushers’ last four games and started in two, averaging nearly 6 points a game.

“Ben is a big guard. He is a slasher who can continue after contact and finish,” Gongora added. “He also possesses a smooth pull-up jumper and can hit from beyond the arc. He’s learning the Crusher way in terms of our defensive intensity and assignments.”

He averaged 6.0 points and 2.4 rebounds for the Wolves, who went 5-1 in Vine Valley Athletic League play and 6-2 overall.

He averaged 8 rebounds and 1.2 blocks per game for the Grizzlies, who went 2-9 in a Vine Valley Athletic League-only season but lost five games by single digits.

“Andrew is an agile and lengthy build,” head coach Joel Garcia said. “He’s takes advantage of his build and makes it difficult for people to shoot over him or drive the lane against them. He altered players’ shots and made an impact on the defensive end, quickly adjusting to other teams’ offenses and disrupting plays.” 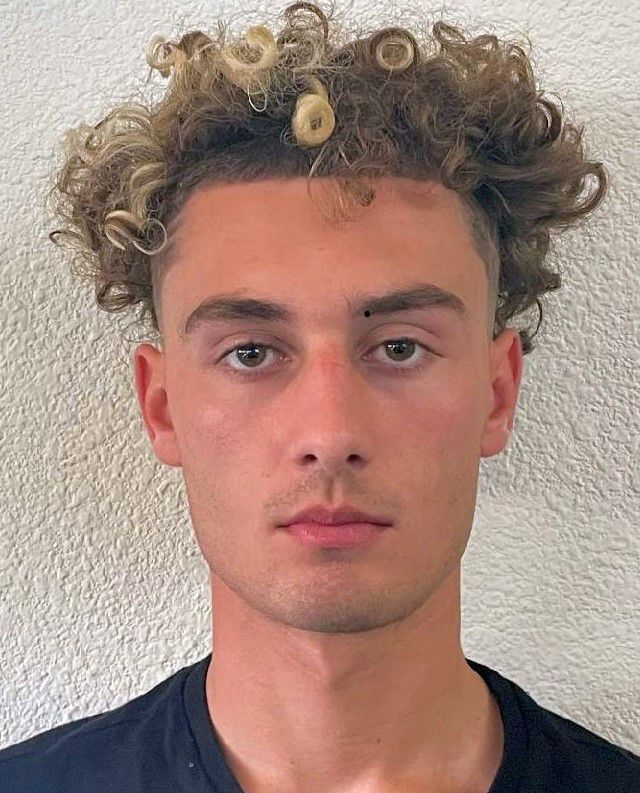 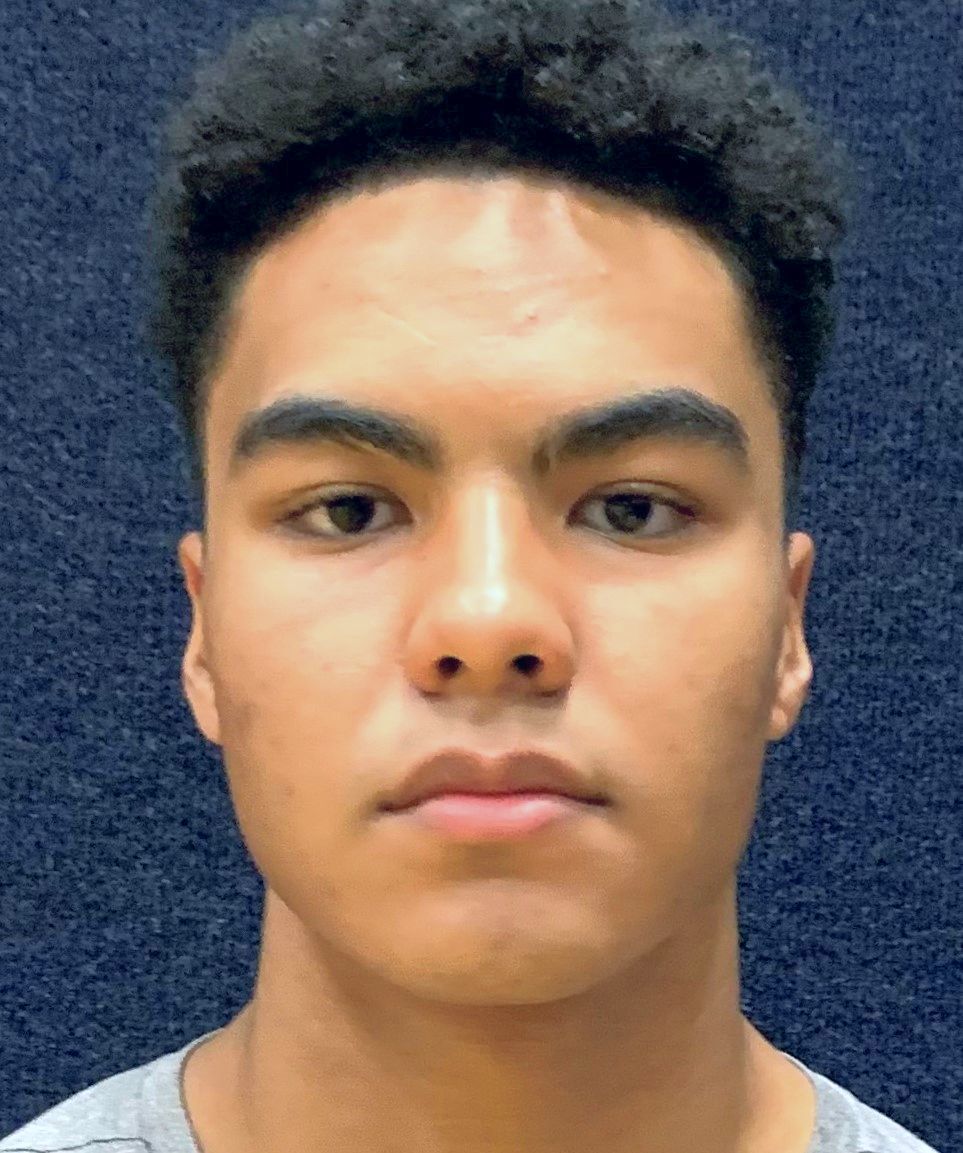 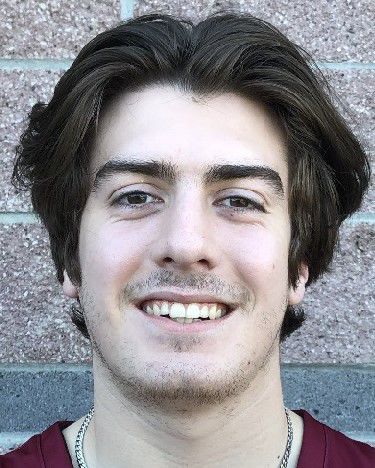 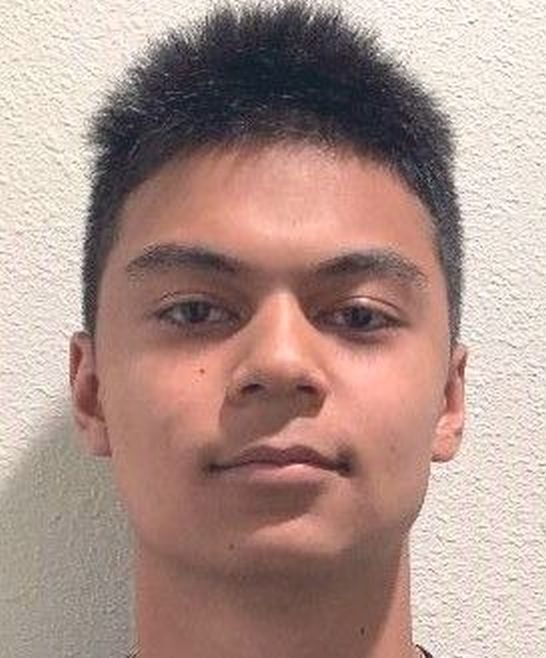 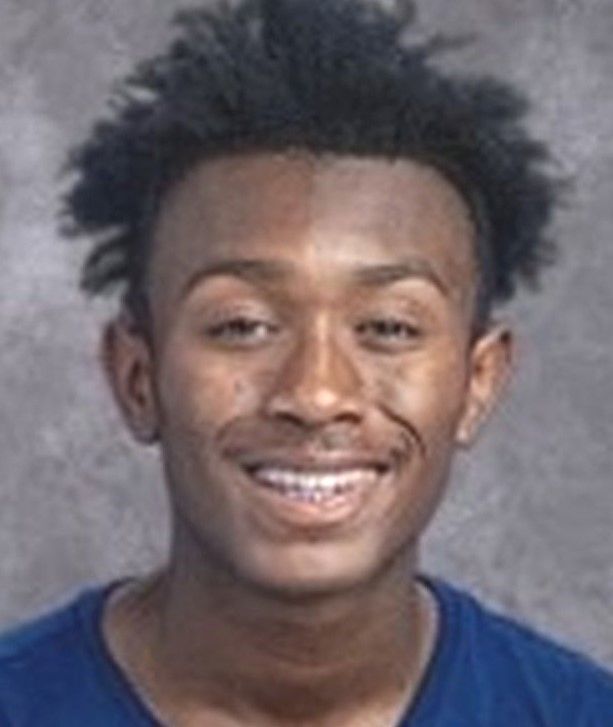