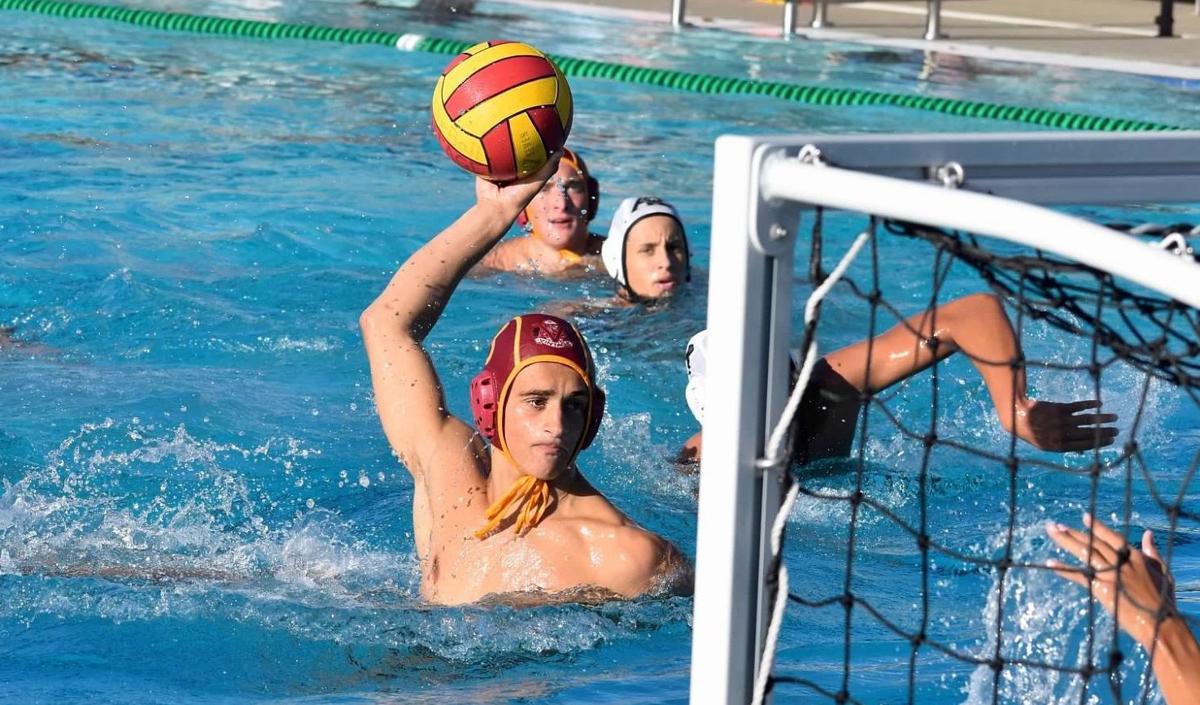 Vintage High junior Nico D'Angelo was named the Crushers' Offensive Player of the Year after scoring 99 goals in his third varsity season. 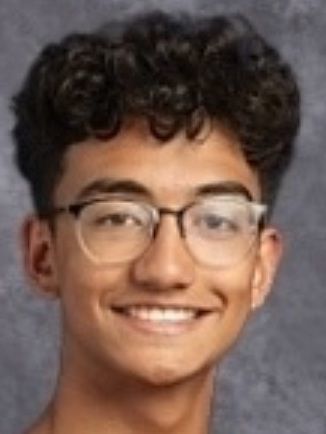 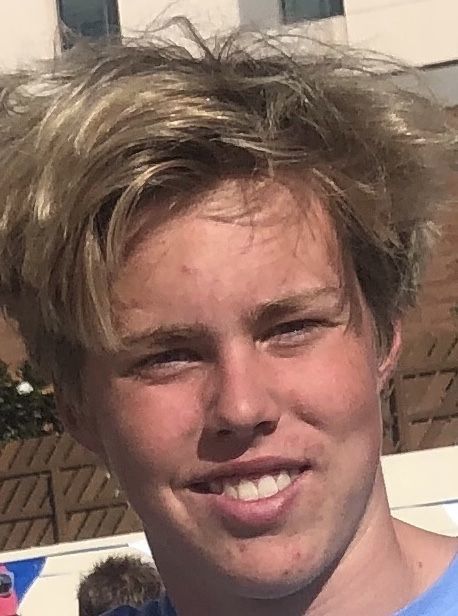 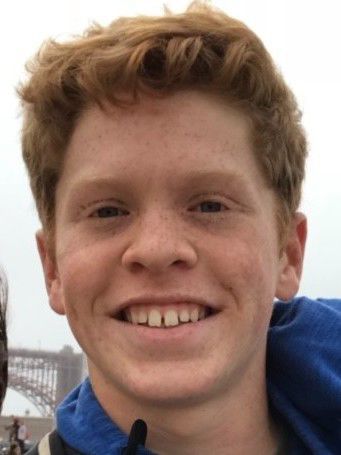 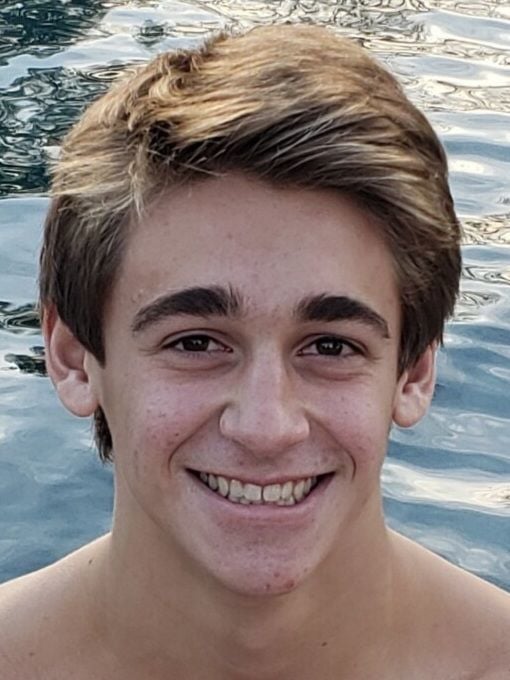 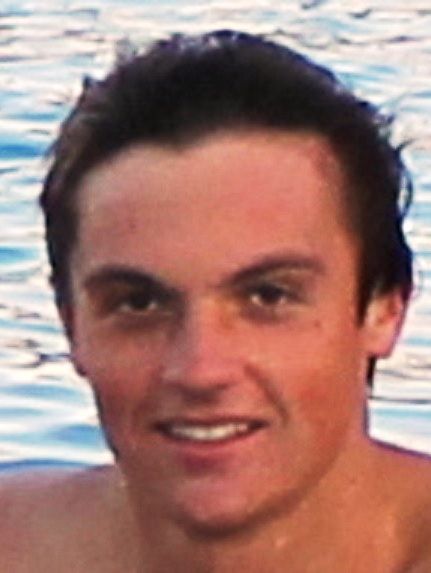 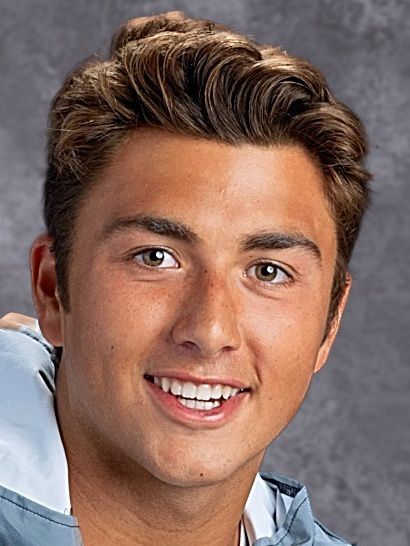 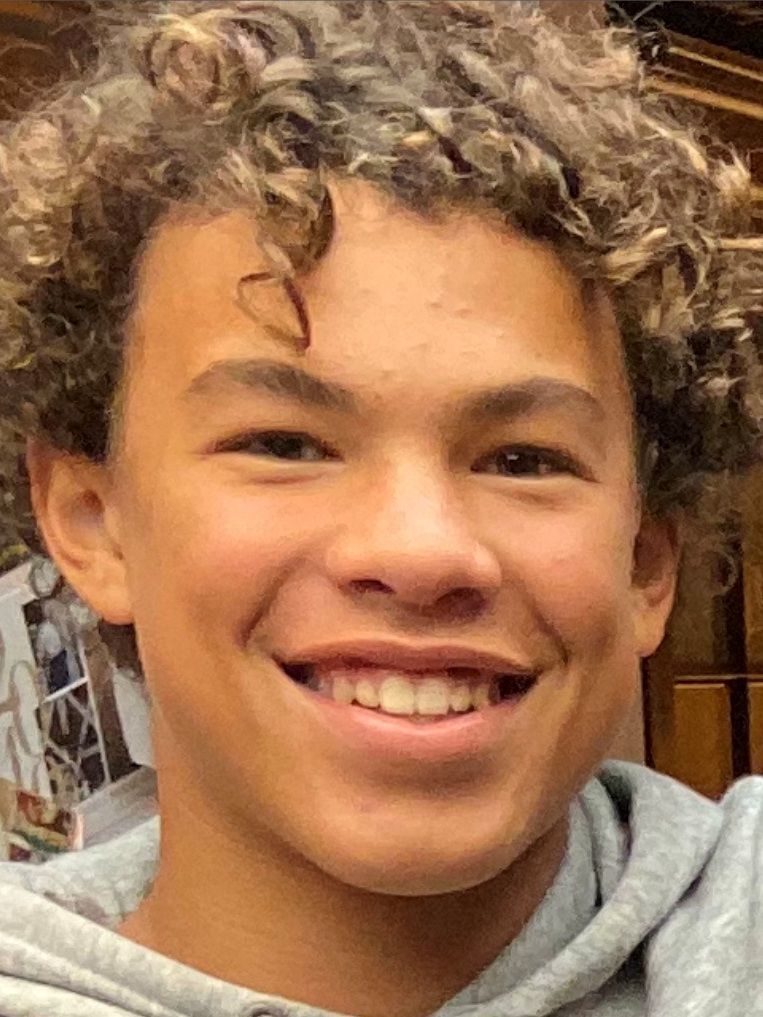 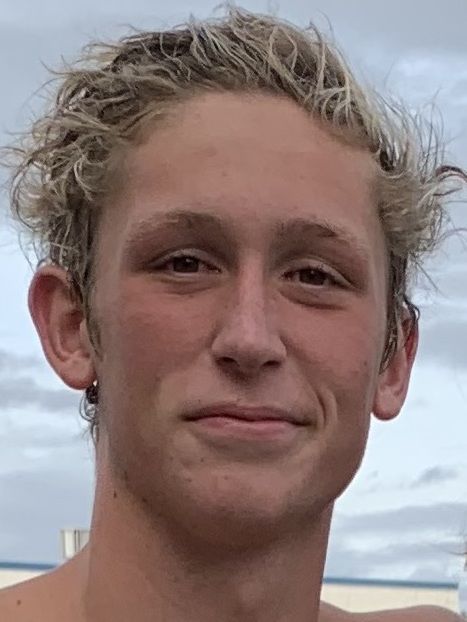 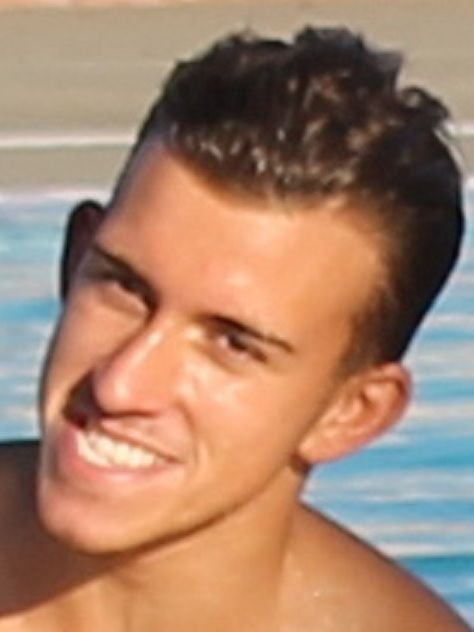 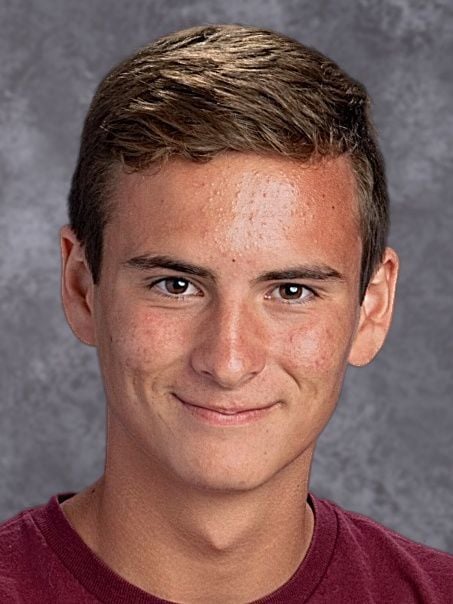 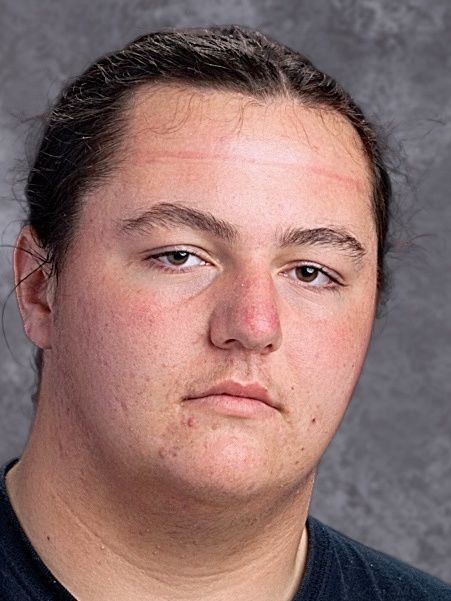 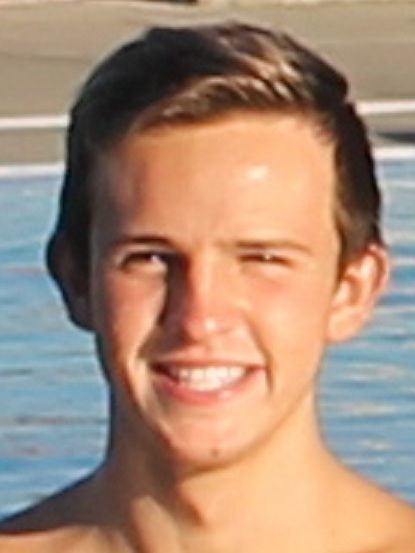 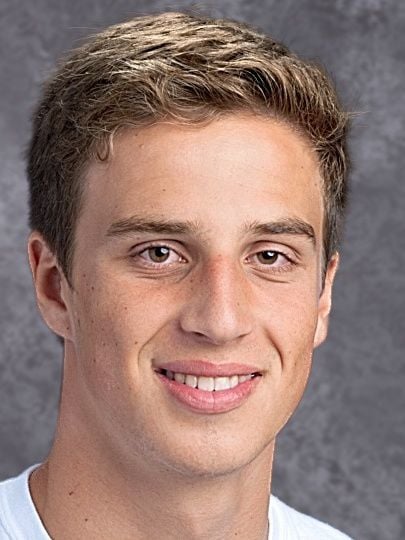 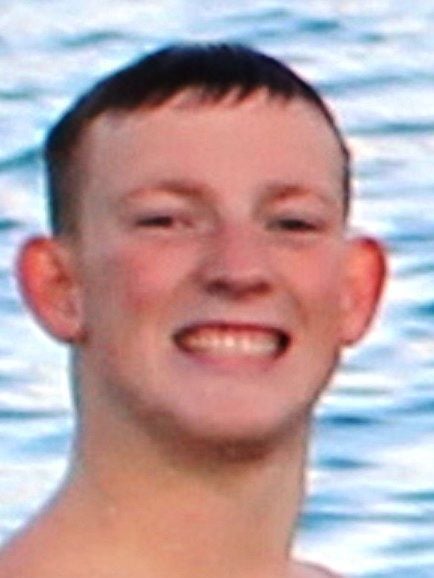 The Crushers finished 16-7 overall and second to Cardinal Newman in the Vine Valley Athletic League at 10-2 after sharing the title with the Cardinals (12-0 VVAL) a year before.

The players are nominated by the valley’s four head coaches.

In his first varsity season, Bacci contributed 23 goals, 28 assists and 37 steals. “Carson never stops hustling and has shown that he was more than ready for the transition from JV to varsity,” said head coach Mackenzie Anderson. “I expect Carson’s impact to only increase.”

The three-time All-County honoree helped the Braves average 8.4 goals per game this season. “Andrew is a standout player in and out of the pool,” said head coach Jordan Williams. “He is a true definition of a student athlete. He upholds a high GPA and a stellar scoring record as well.”

The offensive powerhouse led the Grizzlies with 59 goals and 34 assists this season, grabbing All-VVAL First Team honors and being chosen as Napa’s Most Outstanding Player. “When we talk about an all-around player, Lucas sets our definition,” said head coach Ashiq Khan. “Drawing 25 ejections as a secondary center, he was just as powerful on the other end. As a defensive field player, he made an impressive 36 blocks. The pressure and attention that Lucas drew throughout every game allowed us to get everyone involved. Look out for Lucas next year.”

Kleis brought tenacity to the Braves, working hard in practice and even harder in the games. "He was a key player for our team this year and gave us leadership and a voice in the pool," head coach Jordan Williams said.

D’Angelo led Vintage with 99 goals, 30% of the team’s season total, a 63% shooting average. He also contributed 53 assists, 91 steals and 21 drawn ejections. He made the All-VVAL First Team and was named Vintage’s Offensive Player of the Year in his third varsity season. “Nico has a very high water polo IQ and drive to succeed,” said head coach Mackenzie Anderson. “He truly loves this game and his commitment to the sport is at another level.”

Davis blocked 62% of the shots at his goal this season, finishing his varsity career with 347 saves and 67 steals. One of the Crushers’ captains, he was selected as the All-VVAL Second Team Goalkeeper. “Aidan is exceptionally smart and always does what is best for the team,” said head coach Mackenzie Anderson. “His intensity and aggressiveness, evidenced by his saves and steals from the cage, will be missed.”

Head coach Ashiq Khan said the team captain was the glue of the Grizzlies this year, saying “his commitment and dedication were immeasurable.” Earning a spot on the All-VVAL First Team for the second time, he scored 42 goals and picked up 22 steals. “Those weren’t his biggest accomplishments,” Khan said. “His communication with teammates orchestrated a team focus that will last for years. We rely on each other and, and I think the respect and responsibility that we learn from each other is something that molds a program. We are indebted to Kadel for providing that leadership to all of us. Napa will need a new opponent scout with his departure. “

Khan was selected to All-VVAL Second Team after playing a true utility position for the Grizzlies, amassing 37 goals, 22 steals and 13 ejections drawn. “Kaliq played everywhere in the pool,” head coach Ashiq Khan said of his son. “Our squad took benefit in Kaliq filling positions and rolls as he saw that we needed them. We were really lucky that his versatility matched strengths of our other talented players. Napa will be lucky to have Kaliq around for another three seasons.”

An exceptional swimmer, Kortie racked up 19 goals, 26 assists and 31 steals in his second varsity season. “Tyler’s speed is an incredible asset,” said head coach Mackenzie Anderson. “His desire to learn and the increase in his aggressiveness have only made him a greater threat.”

Another second-year varsity player, Llewelyn tallied 31 goals, 26 assists and 33 steals and was named to the All-VVAL Second Team. “Theo has shown a lot of growth and is emerging as a true leader,” said head coach Mackenzie Anderson. “He is a competitor to his core and should play a pivotal role next season as well.”

The team captain broke out this year with an aggressive determination and added speed to the Grizzlies’ attack. Selected to the All-VVAL First Team, he led Napa with 33 takeaways and had 24 goals and 21 assists. “It’s players like Jake that we look for to make the difference,” head coach Ashiq Khan said. “He made some great plays for us with precision shooting in key situations.”

Opp was a solid fixture as Napa’s 2-meter player, scoring 40 goals from set and garnering a lot of attention from defenders. “We had a big strong guy in Lukas, who our opponents had to match and double (team),” head coach Ashiq Khan said. “He had a quick backhand that left goalies looking in the back of the net for the ball. He helped us set deeper on offense than we were able to without him in at center.”

The Crushers’ captain, Pratt led Vintage in drawn ejections and was second second in goals, assists and steals. For his three-year varsity career, he tallied 81 goals, 81 assists, 100 steals,and 42 drawn ejections. He was was named the Crushers’ Most Valuable Player and made the All-VVAL First Team. “Sean is a rare combination of heart and strength,” said head coach Mackenzie Anderson. “He was the undisputed leader of this years’ team, always constantly striving to perform at his best and encouraging his teammates to do so as well. Sean is the kind of leader that inspires others.”

Ramblas was selected to the All-VVAL Second Team after playing a consistent role for the Grizzlies, contributing in every category they tracked. “Aidan added speed to our line and was the outlet for the offense,” said head coach Ashiq Khan. “We definitely relied on him to get the ball down the pool and in to our center position. Through that play, he was able to attack goalies with surprise shots.”

The team captain was the Crushers’ third-leading scorer this season and was named to the All-VVAL First Team. For his two varsity seasons combined, he amassed 58 goals, 50 assists and 64 steals. “Philip has come unbelievably far in a short water polo career,” head coach Mackenzie Anderson said. “He has truly spent the time to learn and help communicate the intricacies of the game to his teammates while continually pushing himself. Philip’s work ethic and character shine.”