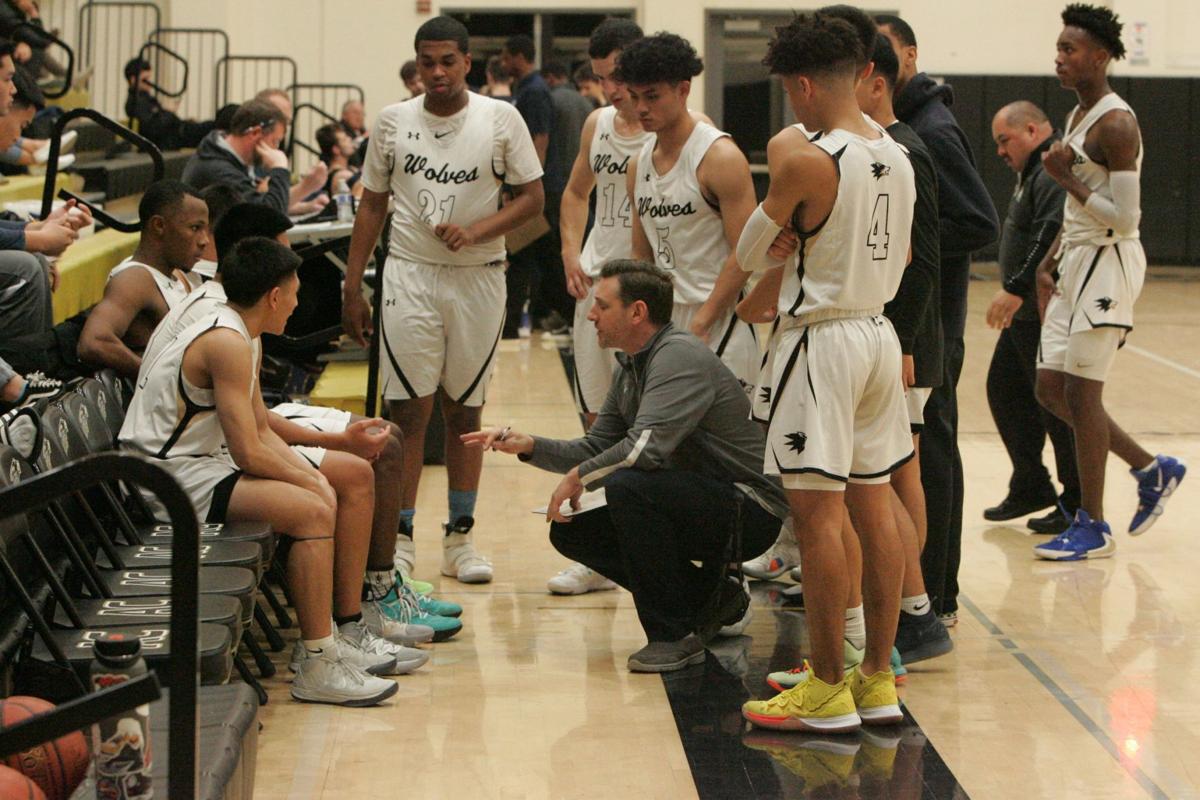 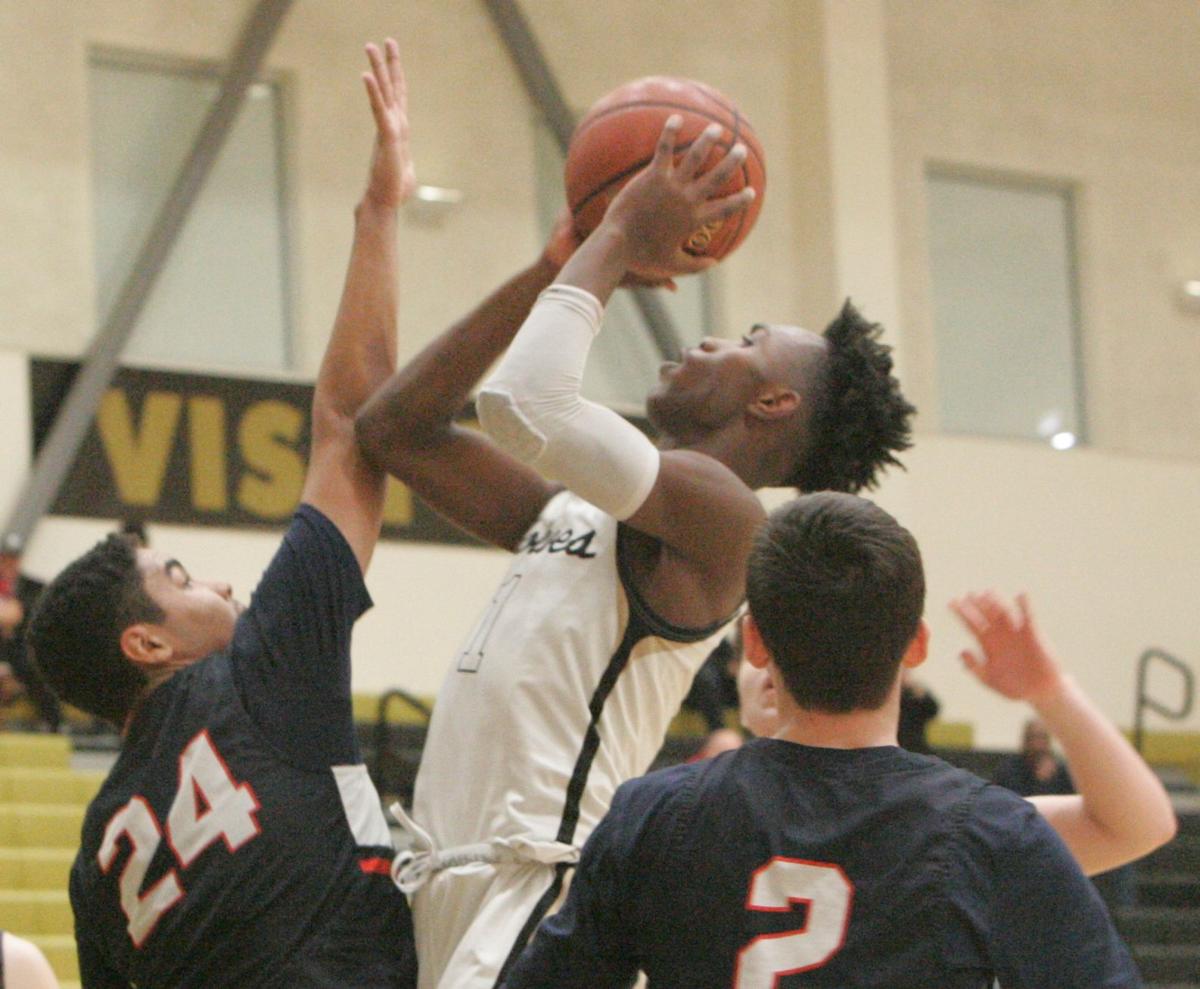 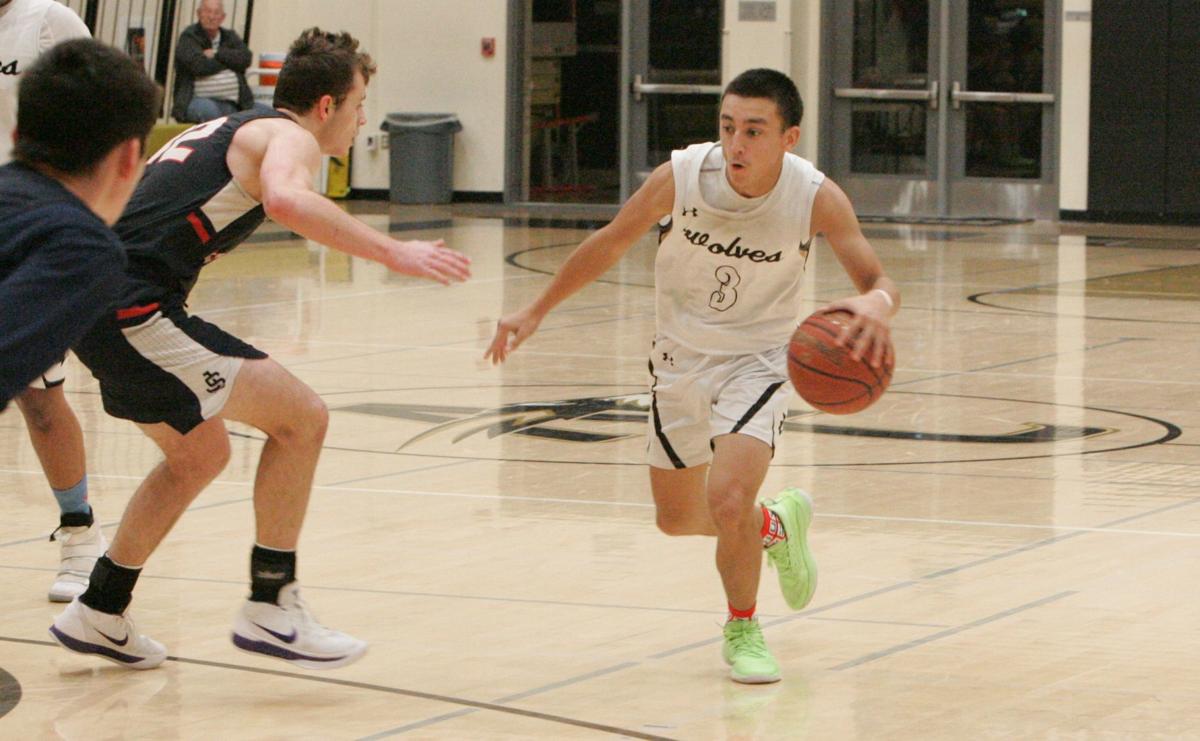 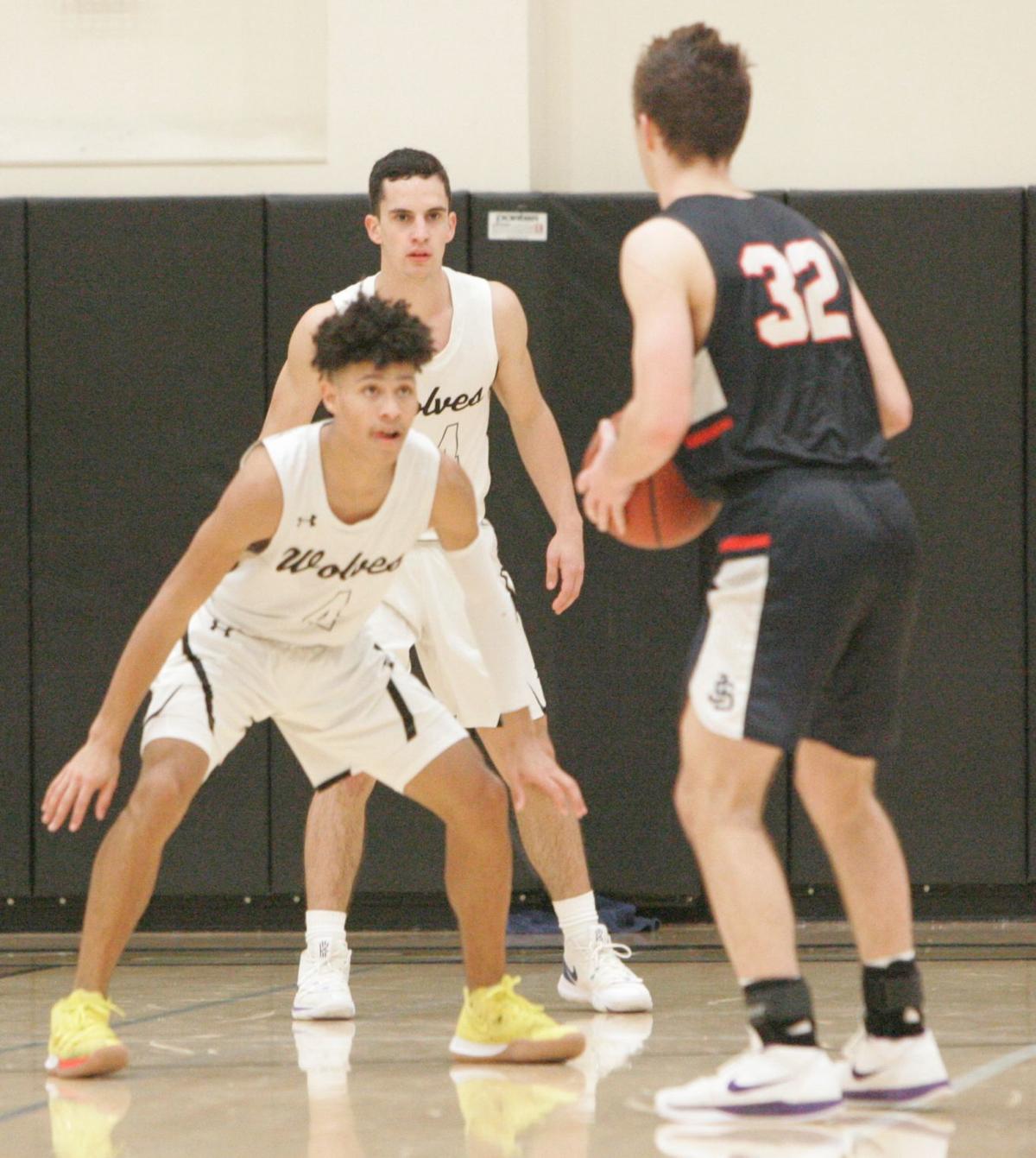 The rest are like American Canyon (5-6, 1-0 VVAL), with losing or .500 records after playing the toughest preseason schedules they could muster.

Through their first seven games, the Wolves were led by senior Oliver Aandahl with 17 points and 2.9 assists per game. The guard had also collected 3.3 rebounds and 2.6 steals.

Aandahl discussed strategy while on the court with Rapacon in the closing minutes of Friday’s 54-49 VVAL-opening home win over Justin-Siena.

“We have a good rapport,” Rapacon said of him and Aandahl, a third-year varsity starter. “We can bounce things off each other and I can get him to have the other guys run the play the right way and get the ball in the right hands.

“He’s learning how to become a good leader. That’s the main thing I told him this year: ‘Hey, we know you can score, but can you get us the win by getting everybody else around you to score, and to buy in on the defensive side. That’s the thing. Everybody has their little niche, but Ollie’s the one that we pretty much need to go to where everybody will sit there and listen because he knows. He’s been through a lot and he knows what it takes to try and fight through things.”

“He’s a monster, one of the best weight-room guys we’ve had this year, and he’s always in the gym. He’s a gym rat,” Rapacon said of Patrick. “Ollie and Gabe are really good friends and practice against each other on their own time, so it’s only going to get better for them. We gotta get more of these guys to do that.”

“Khai is our defensive stopper, him and Gabe,” Rapacon said.

Noah Simmons, a junior small forward, had to wait until the first round of the Fairfield tournament on Dec. 26 to make his season debut because he transferred in from another school. He had 14 points, 9 rebounds and 2 assists in helping the Wolves edge Rio Linda, 59-57. Simmons also scored the winning basket and made the All-Tournament team.

Hayburn, who coached the JV the last three years and other levels for four years before that, was pleased to see the Wolves to show against Rio Linda that they could win a close game.

“Five of our first seven games have come down to a single possession and this was the first one we came out on top,” he said. “It feels good to celebrate for a change but we can’t let the result distract us from the process and the things we need to address. We have to be better at protecting leads and we have to take care of the ball in the fourth quarter. It felt really good to win a slower, low scoring game because it proves we can play any style of basketball effectively.”

After losing by 40 points to Elk Grove in the semifinals, the Wolves beat former Solano County Athletic Conference rival Vallejo 51-43 to finish third at Fairfield.

“It feels like the season is starting to turn around as we establish who we are as a program,” Hayburn said after that game.

Five days later, American Canyon visited another former SCAC rival, Benicia, and won 71-58. The Wolves had lost their first 10 meetings with the Panthers before earning SCAC splits with Benicia in 2017 and 2018. They’ve now won three straight over the Panthers.

“It always feels good to win a game, especially over a rival in their building,” Hayburn said after the big nonleague win. “We’re still looking for consistency in our execution and tonight was a good start.”

Rapacon said the team has jelled since Simmons came into the mix.

“Everybody goes and plays their own style somewhere else, then all of a sudden we get together and they’ve got to adapt to each other,” he said. “We’ve had these last two weeks to practice and we’re doing pretty good right now.”

Rapacon said the team is reaping the rewards of embracing the basketball weightlifting program.

“We were here three to five days a week over the summer and fall lifting weights and they kept calling me asking, ‘Coach, can we lift weights after practice?’ I’ve had to shut them down a few times just because I wanted to go home,” he said. “I used to shut it down because nobody would show up.

Asked if the Wolves had their sights set on a VVAL title this year, with seven players back from the team that finished second in the VVAL, Rapacon said it’s possible with their talent but not a good idea to focus on it so early in the season.

“We started talking about it weeks ago when we started playing our first few games against Division I schools and losing close games,” he said of the San Ramon Valley tournament, where American Canyon was blown out by Granada and had close losses to Pittsburg and Pitman. “I told everybody ‘You know what? It’s one game at a time. You can’t win league before you even play the first game.”

The Wolves opened VVAL play last Friday with a five-point win over Justin-Siena, a program they beat by 7 and 21 points last season.

“We didn’t imagine these (Justin-Siena) guys being at the top of our league, but we almost got beat,” Rapacon added. “I don’t know if it was overlooking them a little bit, but yesterday we played an intense game and that wasn’t even a league game and they were clawing and scratching each other until somebody won. They know those (Benicia) kids, but they don’t know these Justin-Siena kids. That’s what we’ve come to now. You gotta be able to turn that switch on and say ‘You know what? You’ve got the wrong jersey on, so I’m going to lock you down.’”

A look at one of the Napa Valley's high school boys basketball teams, Justin-Siena.