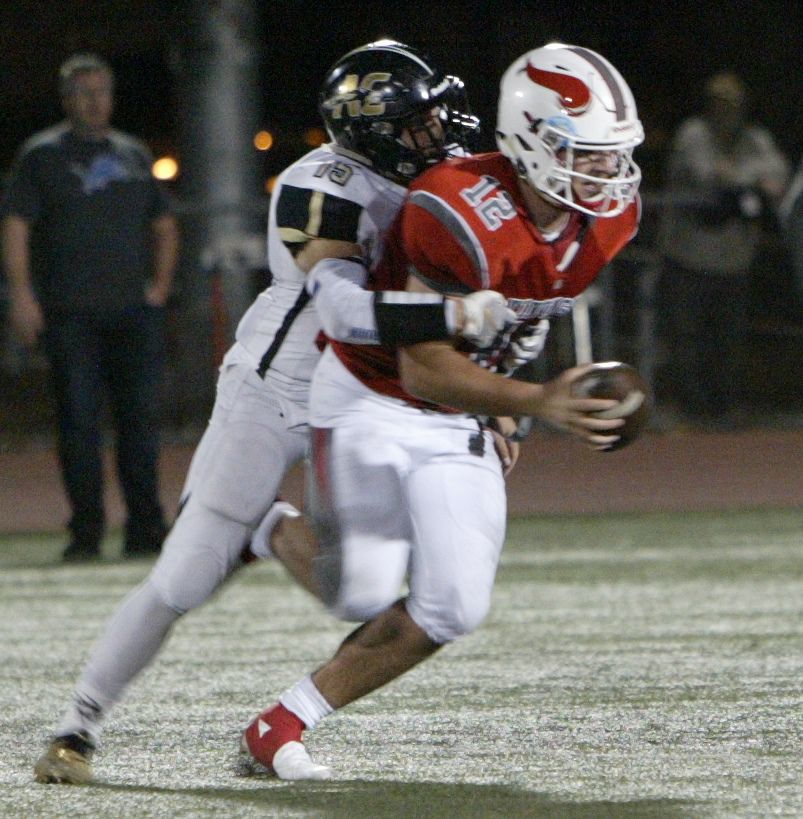 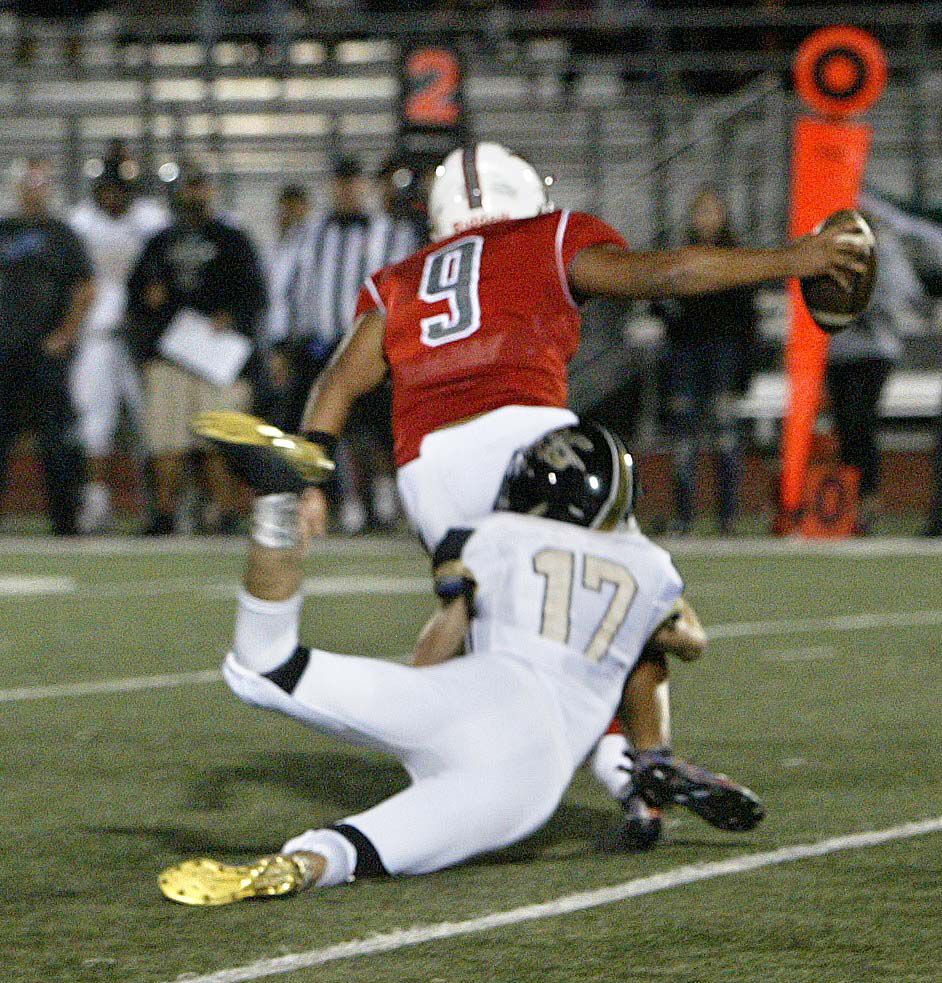 The Wolves got four touchdown runs from Eddie Byrdsong. The other running backs ran hard as well. The offensive line took over with its run blocking. The defense was stellar, applying consistent pressure and forcing turnovers.

The result was the best 12-minute quarter of the season, head coach John Montante said, looking back on the Wolves’ 43-29 win over Montgomery at Santa Rosa High’s Nevers Field.

“We just kept at it,” Montante said Tuesday night. “It’s not like we were calling different plays. We just ended up executing better and better and the momentum continued to snowball. Eddie got to be the focal point of it.”

Byrdsong broke his own school record by rushing for 356 yards on 45 carries as American Canyon won its third game in a row and advanced to the quarterfinals of the playoffs. Byrdsong’s previous school record was the 267 yards rushing that he accounted for in a 34-14 Vine Valley Athletic League win over Casa Grande-Petaluma last month,

For the season, Byrdsong has 1,399 yards rushing and 10 touchdowns.

The Cougars, who finished in second place in the North Bay-Oak League, began the playoffs by beating No. 16 seed Casa Grande, 55-7.

Rancho Cotate is on a five-game winning streak. The Cougars’ only loss was to Cardinal Newman-Santa Rosa, 42-21. The Cougars are No. 6 in the MaxPreps.com North Coast Section Rankings, No. 12 in the San Francisco Chronicle Top 25, and No. 17 in the Sport Stars Magazine’s NorCal Top 20 Rankings.

“They’re the No. 1 seed for a reason. They’re a good team, a formidable team for sure. They’ve got good athleticism, good size, well coached, they execute very well, they play a clean game. They do what they do very well,” said Montante.

Jared Stocker leads the offense for Rancho Cotate, having passed for 2,372 yards and 23 touchdowns.

In this week’s other Division 2 playoff games:

American Canyon was very productive with its rush offense against Montgomery, generating 482 yards.

“The offensive line plowed the road,” said Montante. “(Byrdsong) did his job and nobody wanted to get in front of him. It was fun to watch.

“We started a little bit slower than we wanted to, making little mistakes that ended up costing us. But I was really happy to see the resiliency of our guys. It’s a great credit to the kids.”

Byrdsong had fourth-quarter scoring runs of 1, 53, 14 and 51 yards, respectively.

Vance Eschenburg also played well, running for 62 yards on 12 carries and scoring two touchdowns, on runs of 11 and 2 yards, respectively.

A lot of the credit goes to the offensive line – a position group that consists of Jacob Mitchell (center), Joseph Mendoza and Jesus Sanchez (guards), and Ronald Hamilton, Davion Salanga and Liam Suspene (tackles).

“Our kids are in a good rhythm right now in terms of preparation and getting themselves ready to go,” said Montante. “The coaches are doing a good job of giving them the motivation that they need.

“We don’t try to over-blow it or over-hype it. It’s always about us. Rancho Cotate is going to put a pretty good challenge in front of us. It should be a pretty good test. I’m looking forward to a very good game Friday night. We just have to do what we do, and that’s what we’re preaching all season and what we’re doing this week.”