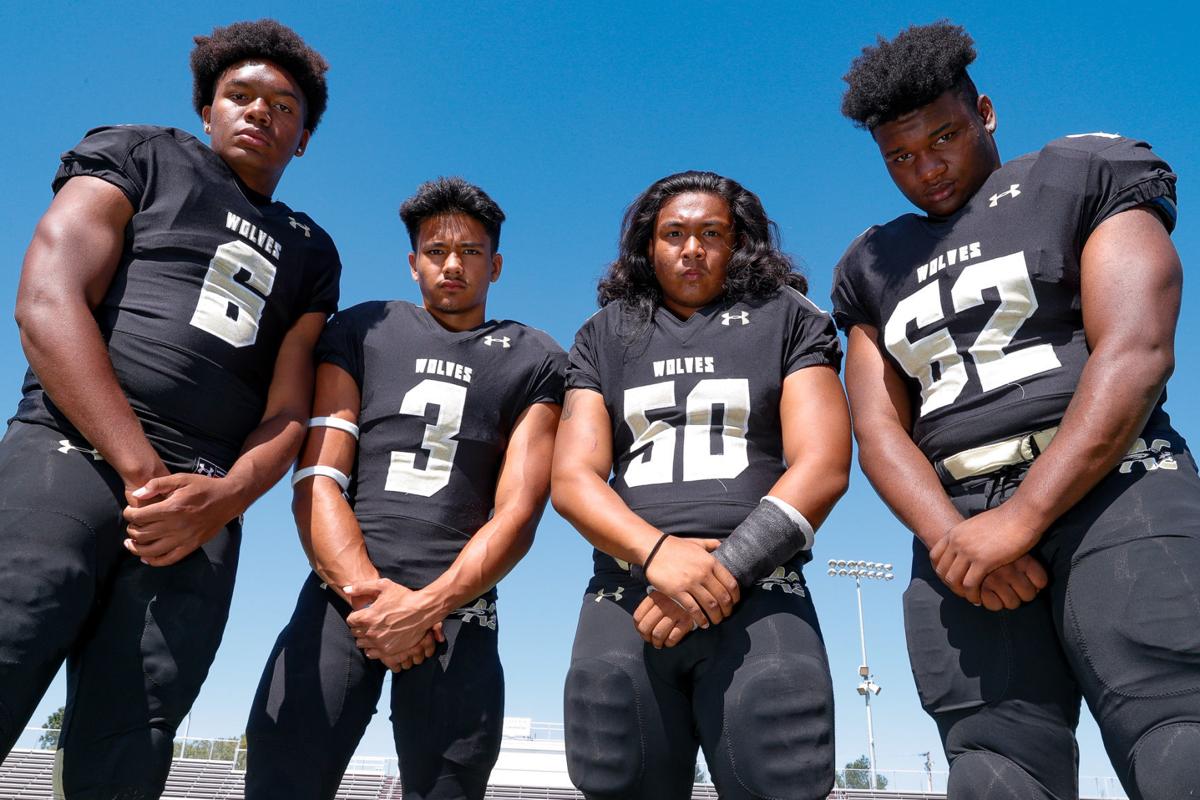 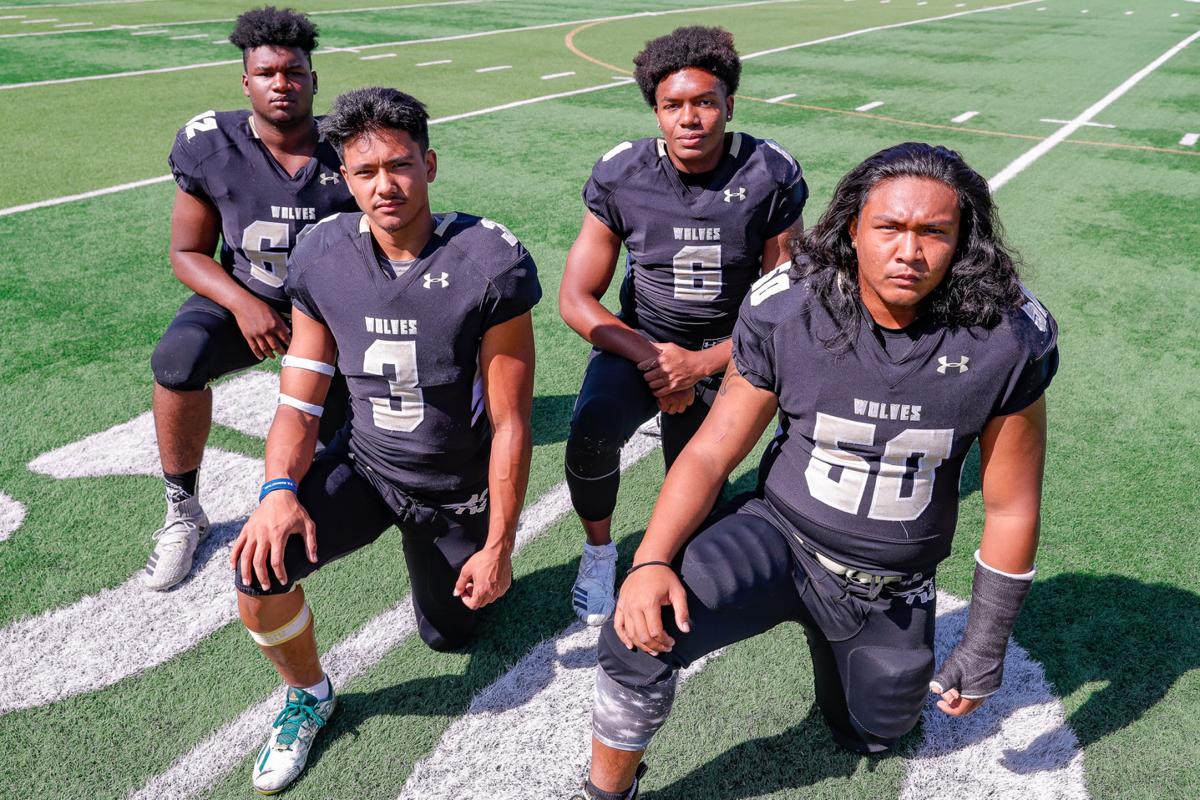 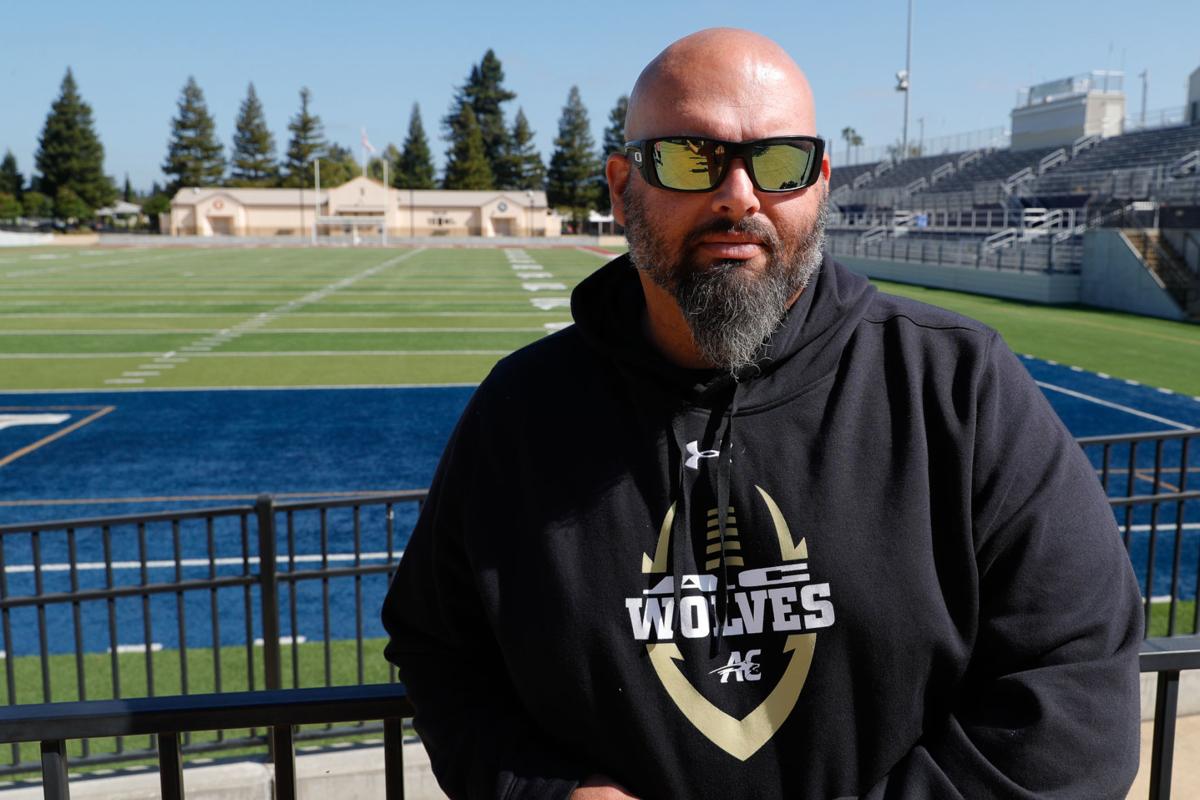 Returning a dynamic core of athletic players, American Canyon is ready to take the next step toward a Vine Valley Athletic League championship in its second year in the North Coast Section.

“We have a lot of guys that are hungry and want to contend,” second-year American Canyon head coach John Montante said during the Napa Valley Register’s annual prep football media day July 31 at Memorial Stadium. “We get better every day and play the best we can every Friday night.”

Returning senior quarterback Vance Eschenburg could be one of the most difficult signal-callers to game-plan for in the NCS.

“He can pass, he can throw, he is very intelligent, and when you have someone who is so experienced with our playbook, it is really comforting,” said senior wingback Kaave “KG” Gaviola said. “I feel we are going to be a pretty good team. We are pretty balanced, be it running or passing. I feel like we are really dynamic.”

Joining Eschenburg and Gaviola on the offensive side of the ball will be wingbacks Justin Del Rosario and Alec Tadlip, who also have the potential to give defenses fits in the VVAL.

“We had a really good core of juniors last year, especially when you look at Vance, Derrick (Conner), KG and Kekoa (Wilson). They had big contributions last year as juniors and they really have taken up a big role this offseason,” Montante said. “Looking at what last year’s leadership strengths and weaknesses were, this year’s team has been a self-policed group. They have taken over responsibility for a lot of things and have had a really strong offseason.”

American Canyon had won six straight Solano County Athletic Conference titles, three of them outright, before finishing behind Vintage in the new VVAL at 5-1.

The eighth-seeded Wolves won their first-ever NCS playoff game, 43-29 over No. 9 Montgomery at Santa Rosa High in a Division 2 opener, before falling 42-7 at No. 1 Rancho Cotate of Rohnert Park in the quarterfinals.

“Losing to Rancho was kinda heartbreaking,” Eschenburg said. “I felt we had the potential to beat them, but we didn’t have the execution then. But now I know the section and I feel more comfortable in it. I feel we are more deep and we could have a good playoff run this year.”

“There are some great football programs in the North Coast Section and Rancho Cotate was one of them,” Montante said. “When you make the playoffs, you got to bring your ‘A’ game.”

After going 0-4 in nonleague games last season, American Canyon has replaced two of those opponents with St. Patrick-St. Vincent of Vallejo in Week 2 and Montgomery in Week 3. Montgomery and league foe Casa Grande are now the lone NCS Division 3 teams on the Wolves’ schedule.

“We had a great game with Montgomery in the playoffs and both coaching staffs felt like that would be a great game to play during the regular season,” Montante said. “It should be a good litmus test for each team before heading into league play. St. Pat’s is a good proximity rivalry, so there should be a good number of bodies in the stands. A lot of the kids know each other, with the Vallejo-American Canyon connection.”

Conner, a noseguard and middle linebacker, is especially looking forward to the third game.

“I didn’t get to play against Montgomery last year because of an ACL injury, so I am really looking forward to that game. My team did good that game, but they (the Vikings) didn’t get a taste of big No. 62,” Conner said of himself. “When I get out there, I am going to hit them with something good.”

One major loss the Wolves will need to deal with is the graduation of 1,557-yard rusher Eddie Byrdsong, whom Montante said will be playing for San Francisco City College this fall. The power back was the main focus of the American Canyon offense last year, but the Wolves may have the depth to fill that production.

“I feel we have more threats on the field this year,” Eschenburg said. “Obviously we don’t have our running back from last year, Eddie Byrdsong. With him gone, the ball will be more spread out and we are going to be able to have more athletes for them to have to game-plan against.

“We are bringing back a lot of starters this year, with our core on offense and defense being juniors last season. Kaave Gaviola and Justin Del Rosario return as our wing players alongside last year’s backup wing Alec Tadlip, with myself returning at quarterback. We also have Derrick Conner and Kekoa Wilson on the defensive side of the ball, so I feel we are strong at our core.”

As much as the Wolves enjoyed having the unstoppable Byrdsong, who rolled up 356 rushing yards against Montgomery, others will now get some of the All-County Offensive Player of the Year’s 210 carries.

“Every year you more or less turnover half your roster, so every class has its strengths and weaknesses. You have to play to what you have,” Montante said. “You can’t replace Eddie, but there are other things this group can do that maybe last year’s group wasn’t so great at.”

The VVAL is expected to be competitive, with each game being key toward qualifying for the new NCS postseason formatting. This season there will be seven eight-team brackets spread over seven divisions. Struggle in your league, and there is a chance you won’t be selected for the postseason.

“I feel this is a pretty good league. There is definitely a spread of enrollment in the league,” Montante said. “You could debate if that is a good thing year in and out, but the coaches are a good bunch from top to bottom. The competition for the most part was really high and players were pretty skilled. Each team brought something that forced coaches to prepare differently and bring their best game each week. There is some potential for some really entertaining football in this league.”

Conner would like to see American Canyon dominate the league, perhaps like Vintage did last year in outscoring VVAL foes by a combined 294-47.

“My goal for this season and our goal as a team is to punch everyone in the mouth,” he said. “We are always fast, always physical, and we are always working in the weight room. The grind never stops for us. This league has some competition and it’s a good league. We finished second, which shows a lot, but this year we are going for first. We’re just looking forward to taking it game by game.