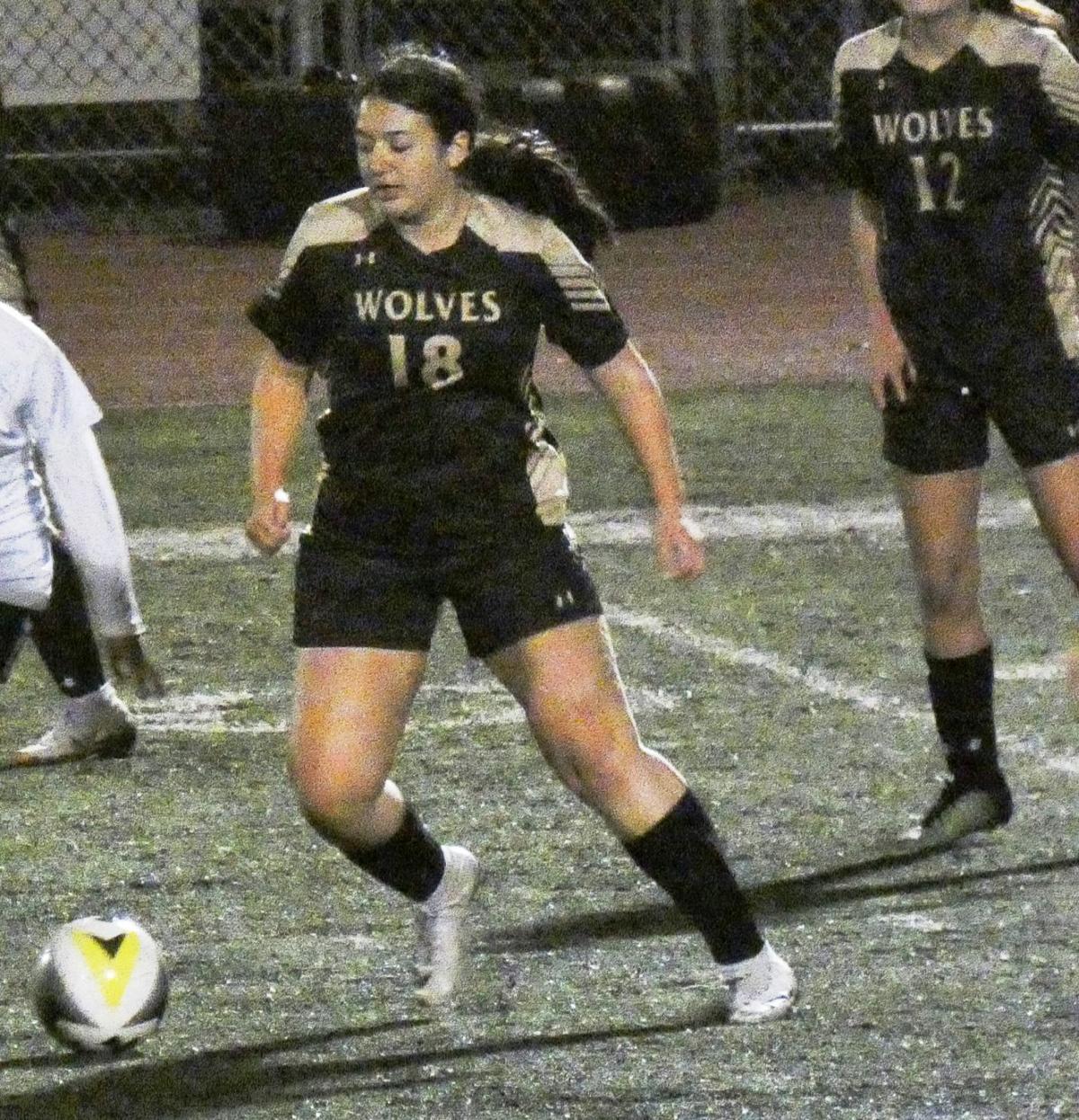 American Canyon's Kailea Moranda (18) plays the ball as midfielder Sheridan Inglish (12) looks on during a win over Bethel at Wolf Den Stadium on Dec. 13. 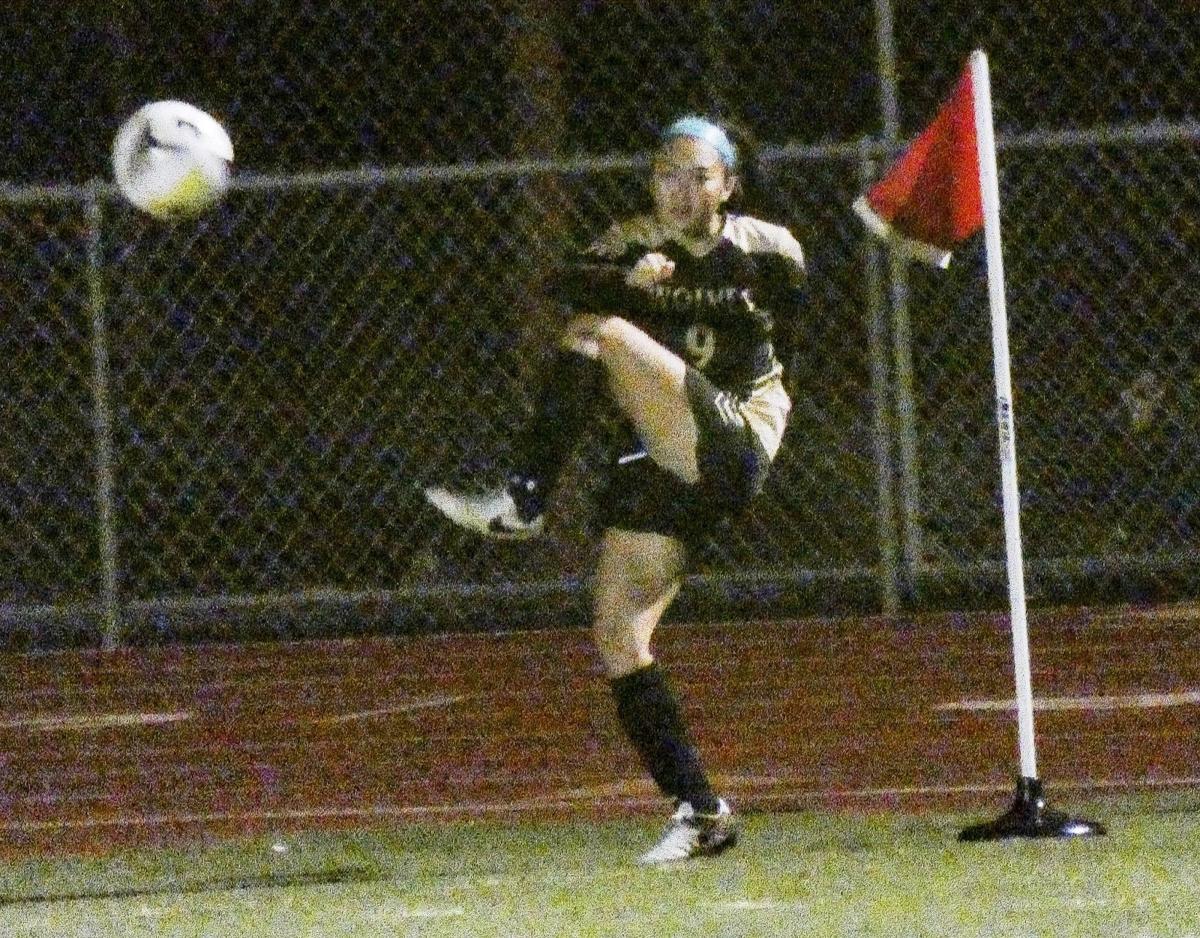 American Canyon's Christin Locke puts the ball back in play during a win over Bethel at Wolf Den Stadium on Dec. 13.

American Canyon's Kailea Moranda (18) plays the ball as midfielder Sheridan Inglish (12) looks on during a win over Bethel at Wolf Den Stadium on Dec. 13.

American Canyon's Christin Locke puts the ball back in play during a win over Bethel at Wolf Den Stadium on Dec. 13.

Behn coached at American Canyon Middle School before moving to the high school boys program when the high school opened in 2010-11. He coached the boys from 2010 to 2015, guiding them to a Solano County Athletic Conference title in the fall of 2014. After Gabriel Zepeda steered the girls to a SCAC crown in the spring of 2016, Behn took the girls’ helm in 2016-17 when the sport was moved to winter.

Behn, a real estate agent when not coaching soccer, grew up in the Seattle area and has been a big Seahawks football fan his whole life. Since moving to the Bay Area, however, he’s been an even bigger San Jose Sharks hockey fan and plans to go to more games when he stops coaching.

“I’ve been coaching for 10 years, and I’m the last remaining original coach at the high school besides Roger (Harris),” Behn said of the school’s softball head coach. “I used to go to Sharks games in the winter when soccer was in the fall and spring, so now I’ll start doing that again.”

But he’s got one of his most multi-faceted American Canyon High girls soccer teams and would like nothing more than to see the Wolves nab their first-ever North Coast Section playoff berth before he goes.

Behn said the girls program has typically had many players who are involved in other clubs and activities on campus during soccer season, and he’s had to adjust team goals to those priorities. But this year’s team (4-4-2) has already matched the win total of last year’s Wolves (4-12-2), who led Napa County with a fourth-place record of 4-6-2 in the new Vine Valley Athletic League.

“When I started out I wanted to win state and that was my focus, but it’s got to be their focus, too,” he said. “If all they want to do is compete and have fun, that’s fine. Last year we didn’t win too much but we had lost a lot of players from the year before, including all of our defensive starters. But the girls who were coming back this year went back to their serious club teams and continued to work and get better, so I know these girls want to win. I’ve got captains who want to make sure we put our best foot forward so they lead by example.”

“So we need to win two against Napa or Casa Grande and we get into the playoffs,” he said.

“This league is a lot tougher than the (SCAC), but we have some strong players – when they’re all here. We’ve played only one game with our full complement of players so far, because a lot of them have been playing for their (club) teams, visiting colleges or going on vacations. We probably won’t have our full complement of players until our third league game. So I’ve got to keep a large roster, so I can make more moves, and we have a nice-sized JV team as well.

Another goal for this year’s team is to improve on last year’s 3.68 team GPA, which ranked third in the section and earned that team a NCS Scholastic Award.

“We were just a hair off winning the (academic) championship,” he said. “It’s a culture the seniors this year hope to continue by winning that award again. They’re student-athletes, so this is how we’re going to win regardless of what our record is; we can push toward that. If people are having fun and we’re competitive and working together, everything else will take care of itself.”

“I’ve usually had a player who was head and shoulders above everybody else,” he said of former Napa County Players of the Year Julia Cummings and Ana Herrera, who went on to play for Stanislaus State and Dominican University, respectively. “This year, I’ve got a lot of girls who can score, have speed and can handle the ball, so we’re going to be pretty unpredictable once we have our full complement of players.

“Kyla has been our biggest threat so far,” he said of Martin, a recent JV call-up. “After she scored five goals in a JV game, I moved her up and she scored three goals in her first varsity game. She’s a young player who is learning, but she’s had so much growth since last season.”

With a 3-1-1 preseason, the Justin-Siena girls soccer team has already won more games than it did all of last season.