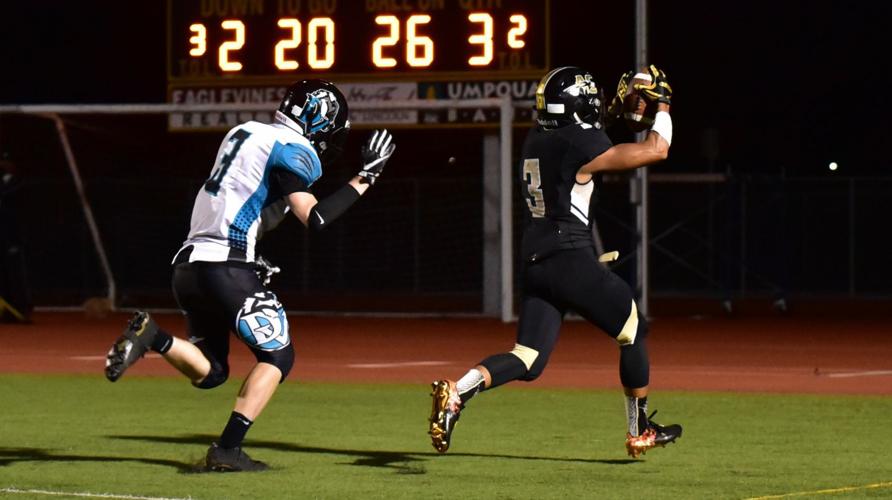 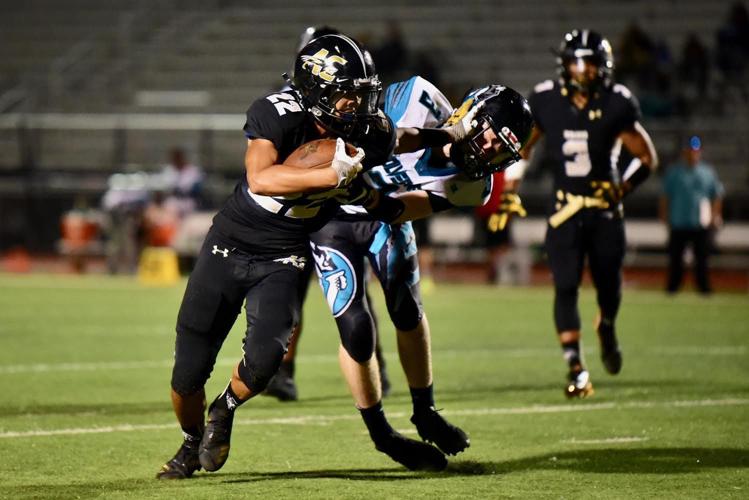 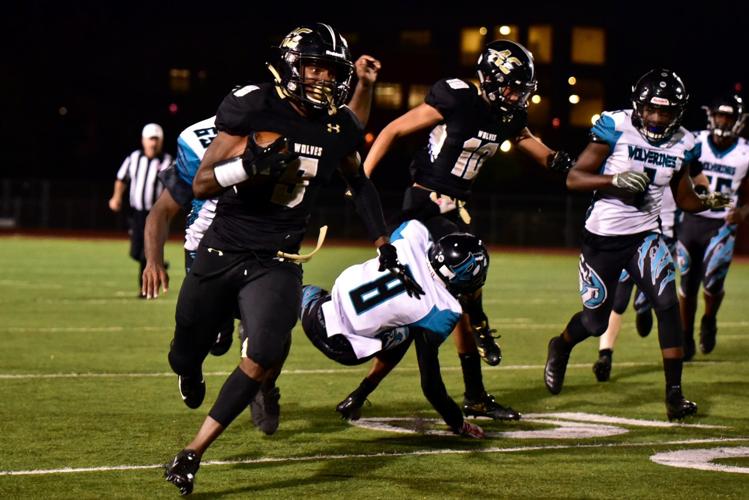 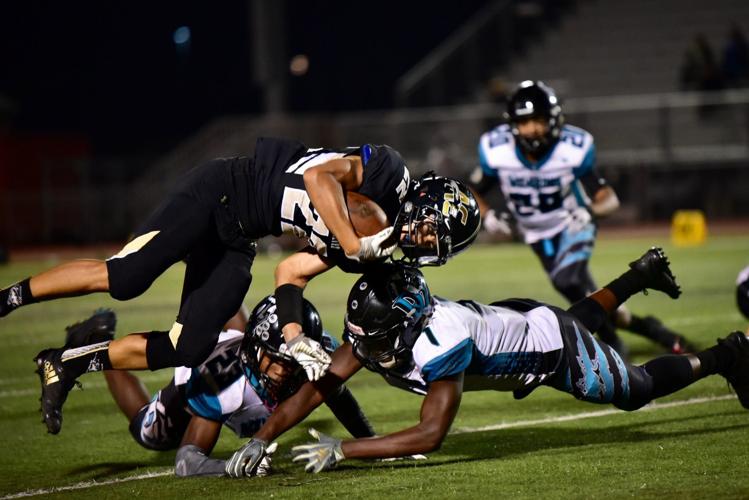 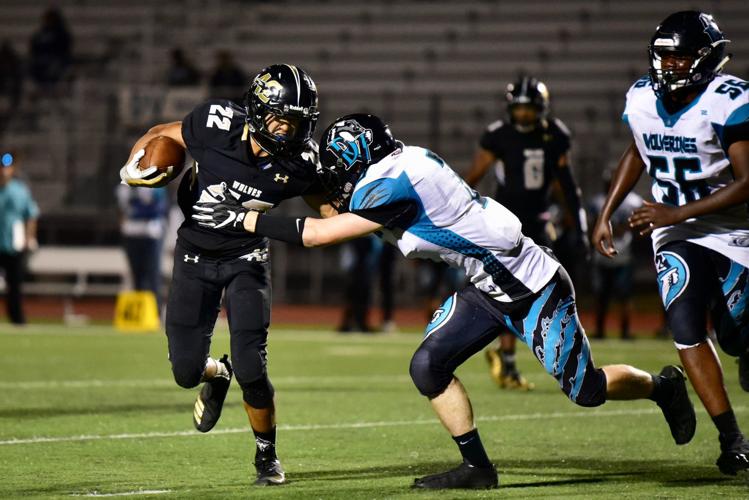 AMERICAN CANYON — The Deer Valley-Antioch High School football team was delayed getting to American Canyon because of its bus breaking down.

The game started 25 minutes late as a result.

The Wolves’ problems were rooted in turnovers and a slow starting defense that had little success slowing down the Deer Valley offense, especially in the first half. On the game’s opening possession, the Wolverines marched 14 plays and 80 yards to take a lead they wouldn’t relinquish.

American Canyon committed four turnovers, but it was essentially seven when one factored in three onside kicks recovered by the Wolverines. In the first quarter, Deer Valley ran 26 plays to American Canyon’s two.

“It’s hard to score when you never have the ball,” Montante said. “I give them credit. They did it better than we did, so we have to fix that.”

Once the Wolves got their hands on the ball, they moved it pretty solidly, generating 276 yards despite the lack of ball possession in the first quarter. Three untimely turnovers in the red zone (inside the 20) were another portion of the Wolves’ undoing.

“When we had the ball, we were moving it,” Montante said. “They didn’t really stop our offense, we stopped ourselves. It was turnovers and other mistakes that could have been avoided.”

The Wolves’ offense did not have one player putting up gaudy numbers. Rather, it was a mixture of Justin Del Rosario (seven carries, 53 yards), Eddie Byrdsong (11 carries, 46 yards), Darius Thomas (nine carries, 44 yards) and Vance Eschenburg (nine carries, 32 yards). Eschenburg completed 3 of 4 passes for 71 yards.

For Deer Valley, it was a mixture of Joshua Scott running quarterback power and running back Patrick Robinson out of the pistol. The former carried 29 times for 216 yards and the latter amassed 150 yards on 24 carries.

“We had guys in position and it didn’t happen,” Montante said. “The key was there and it wasn’t triggered, but that’s on me because there was a disconnect where we thought we had it covered in practice and it didn’t produce.”

For American Canyon, Thomas scored on a 2-yard run, DelRosario crossed the goal-line from 5 yards out, and Eschenburg connected with Kaave Gaviola on a 26-yard touchdown pass.

Defensively for the Wolves, Derrick Conner had three tackles for losses, and Billy Biondini, Alec Hoover, Alec Tadlip and Ronald Hamilton each had one. Hamilton and Thomas each had two impact tackles (gains resulting in 0-3 yards), and Brandon Seay and Conner each had one.

The road gets no easier for the Wolves this Friday, when they travel to perennial powerhouse Inderkum-Sacramento.

When asked what he hopes to find out about his team, Montante answered with, “How resilient they are.”

NOTE: There was no JV game based on Deer Valley not having enough players to field a team.

The Justin-Siena boys basketball team improved to 20-2 overall and 9-0 in the Vine Valley Athletic League with a 69-46 win at Napa High on Friday night, erasing a 6-2 Grizzlies lead on their home floor.

The Justin-Siena boys basketball team tightened its grip on first place in the Vine Valley Athletic League by completing a season sweep of second-place American Canyon with a 72-51 victory at home Monday night.

Since getting handed its first loss of the season three weeks ago, the Justin-Siena junior varsity girls basketball team has tried to not look…

Kaniya Bryant's putback as time expired gave the American Canyon High girls basketball team a 50-49 win at Vintage after the hosting Crushers erased a five-point halftime lead and led three times in the second half.

John Montante, who was head coach of the American Canyon High School football program two years longer than Ian MacMillan or Larry Singer, has stepped down for family reasons.

The American Canyon High boys basketball team erased a halftime deficit with a big second half to rally past host Vintage in a Vine Valley Athletic League contest on Friday night.

The Vintage High boys soccer program hasn’t lost to Napa High in 13 Big Games since the fall of 2015, but the games have gotten closer in bunches.