Commentary: Saint girls dominated on courts in 2007-11
Share this
× 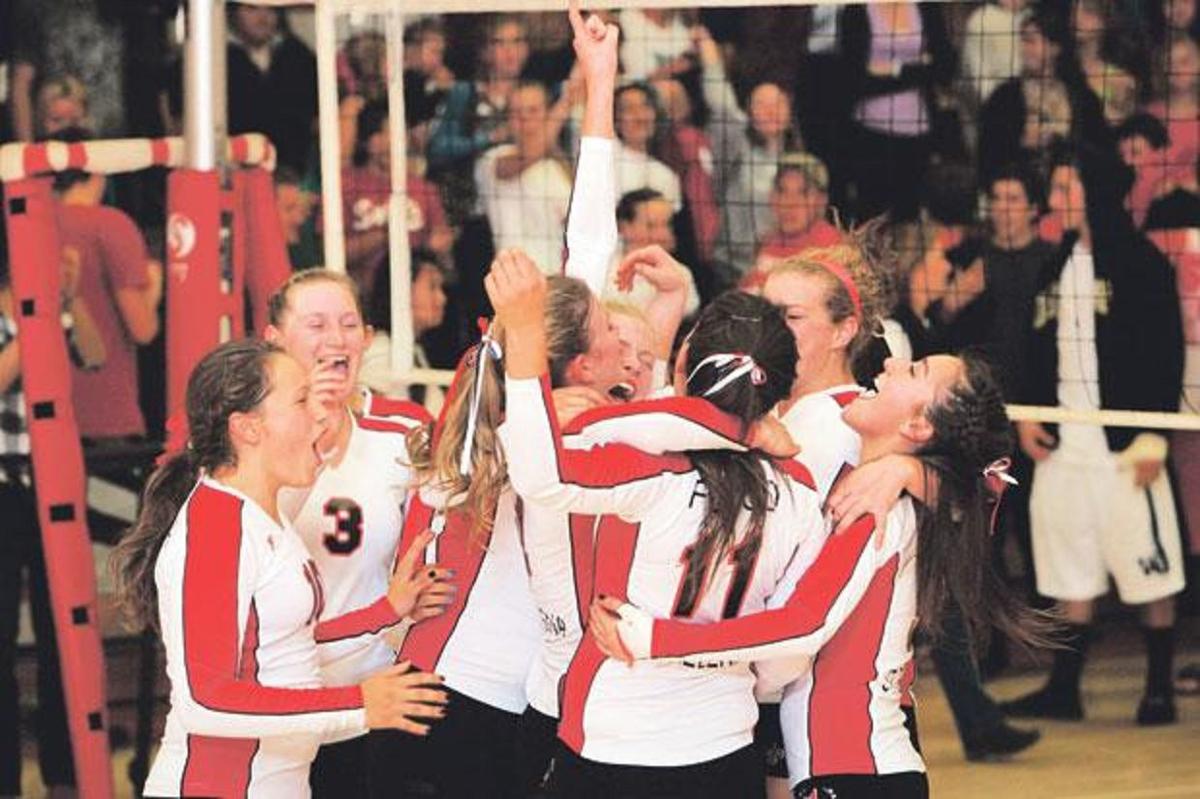 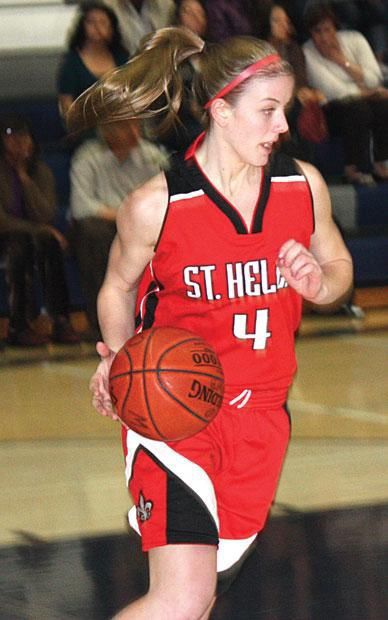 Maddy Densberger closed out her Saints athletic career with 19 points and 13 rebounds in a loss to Marin Catholic in the CIF North Coast Section Division IV basketball playoffs on Feb. 23, 2011.

I covered Upvalley athletics from 2004-2014 and though I have been in a different career the last five years, I still remember events and people from that decade to this day.

Of the many that come to mind are the St. Helena High athletes who played volleyball and girls basketball from 2007 to 2011.

The Saints have a rich coaching history in volleyball, from Donna McCornack to Ouvidio Gomes to Herschel Sandler to Benny Rabanal.

McCornack is a member of the first class of the St. Helena High Athletic Hall of Fame, established in 2013, and for good reason. She coached St. Helena volleyball to state championships in 1982 and 1984, seven league titles, five section championships and two more state runner-up finishes.

She retired after 39 years of teaching at St. Helena High after the 2010-2011 school year. Her impact, however, goes far beyond the fact that she led the volleyball program to a 252-55 overall record in her 17 seasons.

Besides her successful coaching career, McCornack was instrumental in leading the charge for equality in girls sports. She fought vigorously for the inclusion of all-girls teams in the North Central League I.

Besides various brief spikes thereafter, most Saints volleyball seasons — with the exception of 1994 and 2003 — were very similar: reach the postseason and possibly win a league title, followed by winning a postseason match as a mid-bracket seed before losing to a high-end seed.

For girls basketball, with the exception the mid-1990s under co-coaches Frank Bozzini and Gomes, St. Helena mostly struggled. That was until 2007, when 1977 St. Helena graduate Will Densberger returned to his hometown by way of Oregon and turned the program around.

To set the stage, Adrianna “Missy” Particelli, Maddy Densberger, Jamie Marshall and Shelby Zumwalt each made significant impacts for the Saints at both sports.

Densberger scored more than 1,500 career points in basketball and had more than 1,000 career kills in volleyball before going on to have an accomplished volleyball career at Sonoma State. I could do a Time Machine post on Densberger alone, which may come at some point. But for now, we’ll focus on team achievements.

The Saints went 19-13 in 2007, tying Clear Lake for the NCL I title and going 1-1 in the North Coast Section Division 4 playoffs. In 2008, the Saints went 19-13 and, as the No. 9 seed in the playoffs, beat No. 8 Kelseyville in four sets before losing to top seed and eventual champion Marin Catholic.

The next two seasons, the Saints ran roughshod over competition. In 2009, St. Helena went 27-6 and as the No. 6 seed beat No. 11 Kelseyville and No. 3 St. Patrick-St. Vincent at home in the playoffs before losing to No. 2 seed Salesian in Richmond. Salesian beat Marin Catholic for the NCS Div. IV title.

The 2010 season, however, was truly a crowning jewel as the Saints went 29-5 after reaching the NorCal playoffs for the first time since 2003. In the NCS Div. IV playoffs as the No. 7 seed, St. Helena beat No. 10 Healdsburg, No. 2 Berean Christian of Walnut Creek, and No. 3 Salesian before falling to Marin Catholic in the finals. By virtue of reaching the section championship match, the Saints earned a spot in the NorCal tournament. St. Helena shocked the world by beating top-seeded Ripon before losing to Notre Dame of Belmont.

The basketball team’s supporting cast contributions came from Kate Wignall, Holle DePina, Noemi Sanchez and Zumwalt to go along with the lead efforts of Densberger, Marshall and Particelli.

From 2007-2011, the Saints amassed a 76-34 record with three NCS Div. IV playoff appearances despite not having a player to speak of that called basketball her No. 1 sport. While the Saints were unable to get a postseason victory during that span, losing to St. Pat’s, Ursuline and Marin Catholic in first-round section playoff matches they established a legacy in school history that will long be remembered. In 2007-2008, the Saints went 14-14 for their first non-losing season since 1997-1998.

If I had to point to a game that represented a moment when a new day had dawned, it was a 49-46 loss to eventual NCL I champion Cloverdale; the Eagles needed a Lorraine Villa 3-pointer with 7.5 seconds remaining to subdue St. Helena. Though I would never use the term “moral victory,” this game was a turning point because the Eagles had beaten St. Helena like a rug for several years prior.

I could fill enough space for a novel in rattling off the team and individual accomplishments. Reporters are told to be impartial, but covering sports at the high school level is different. You can’t cover the St. Helena Saints like you cover the New Orleans Saints.

I strive to report on bad teams with sensitivity, but I don’t unprofessionally gush over the very good teams. However, when you see a team work diligently to achieve so much, you can’t help but celebrate their success.

What I enjoyed most about covering these teams — and this is part of doing it in a small town of under 6,000 people — was getting to know their families. Though I have changed careers and my life has taken me to Contra Costa and Solano counties rather than the northern Napa Valley, I still have semi-regular contact with the Rabanal, Particelli, Densberger and Marshall families.

Upvalley sports historian and 1962 St. Helena High graduate Jim Hunt was instrumental in establishing the St. Helena High Athletic Hall of Fame, and I have no doubt Maddy Densberger will there — if not possibly a couple other aforementioned Saints, as well.

Commentary: Napa-Vallejo football rivalry hasn't been the same since 2002

Maddy Densberger closed out her Saints athletic career with 19 points and 13 rebounds in a loss to Marin Catholic in the CIF North Coast Section Division IV basketball playoffs on Feb. 23, 2011.