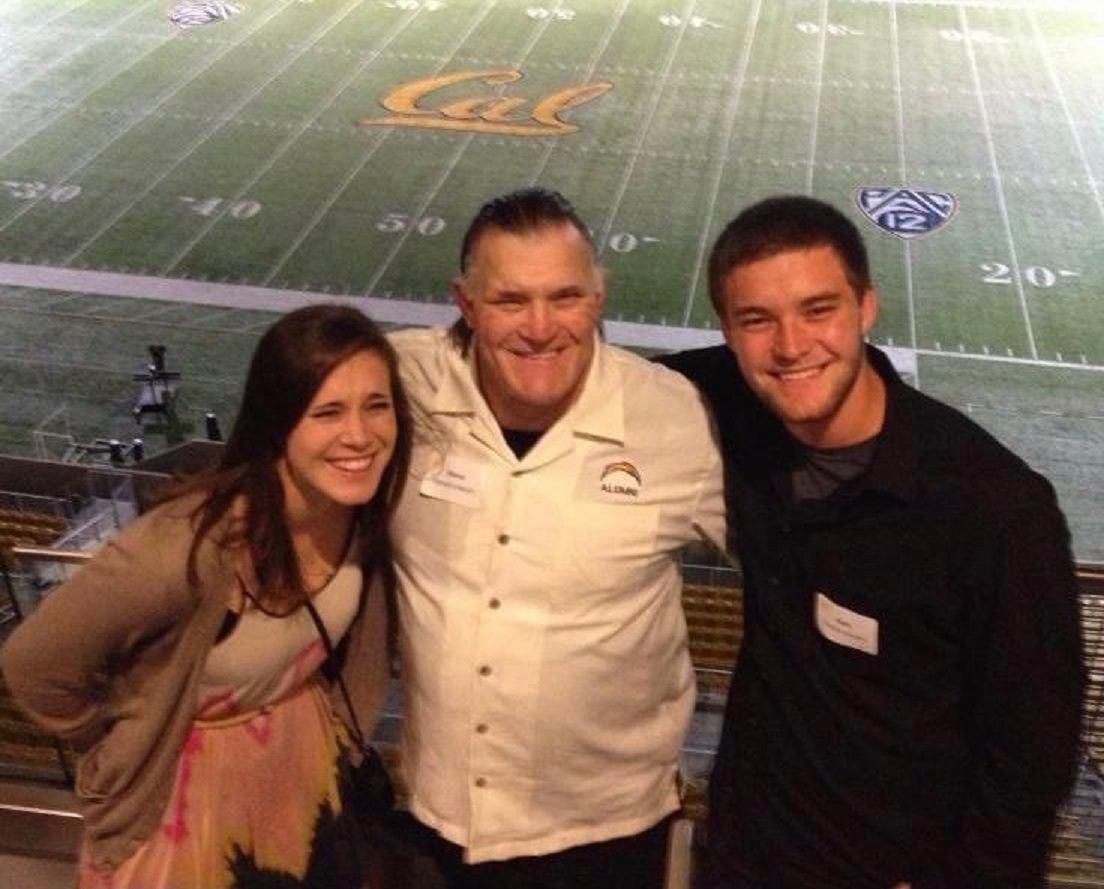 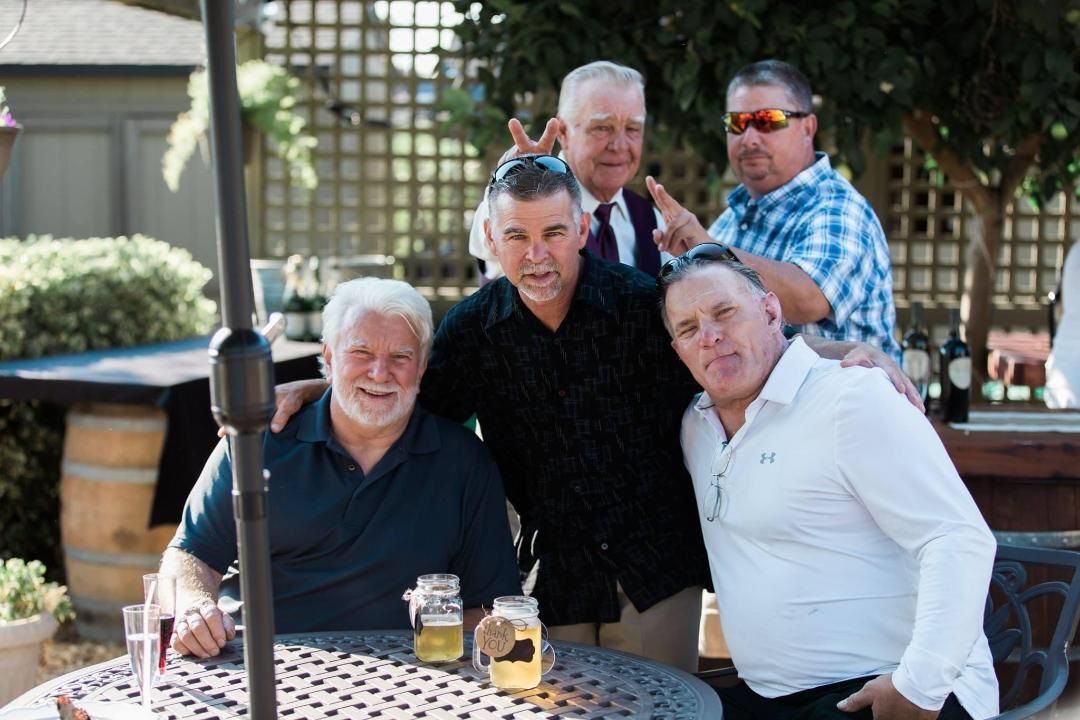 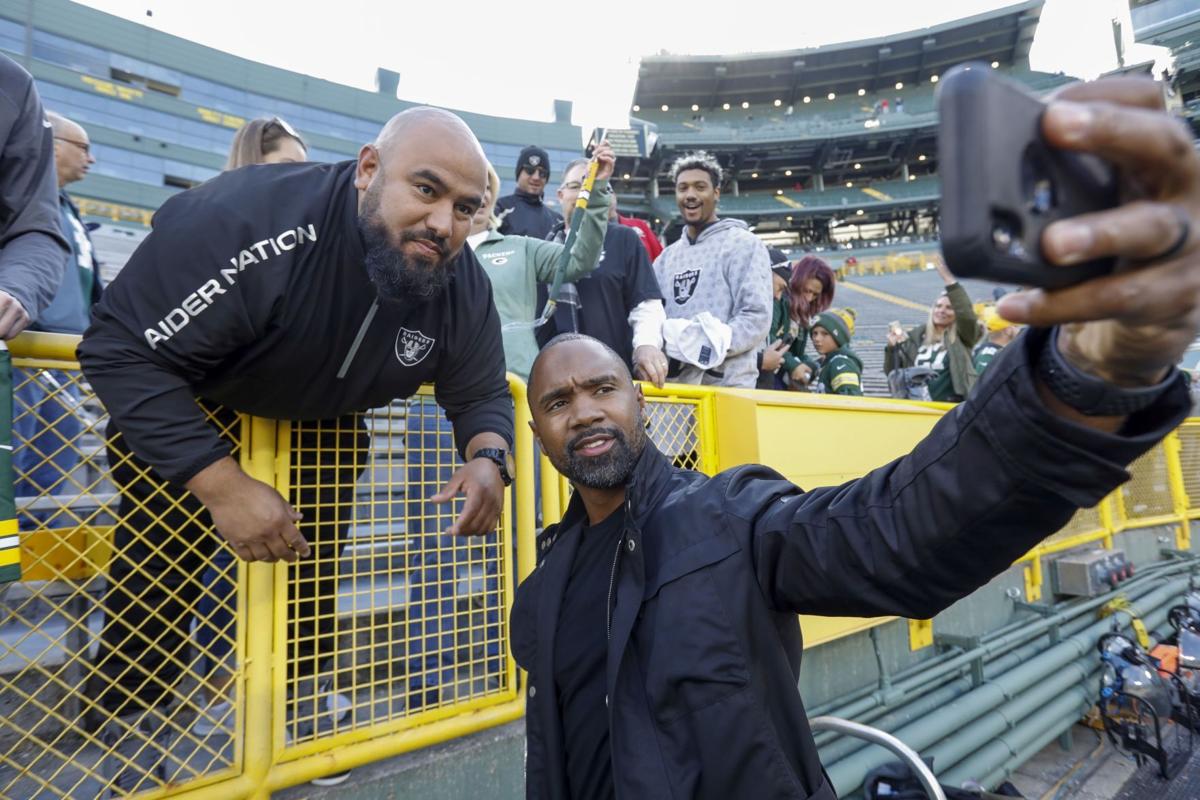 Former Green Bay Packers and Oakland Raiders defensive back Charles Woodson takes a selfie for a fan before a Packers game on Oct. 20, 2019 in Green Bay, Wis.

The San Francisco 49ers reacted Tuesday to the passing of Napa High graduate Steve Hendrickson, a rookie linebacker who was on their 1990 Super Bowl-winning team, on Jan. 8 in Nampa, Idaho. He was 54.

“The #49ers are saddened to learn of the passing of LB Steve Hendrickson. A 6th-round pick in the 1989 NFL Draft, Hendrickson was a member of the Super Bowl XXIV Championship Team during his only season with the 49ers. We send our prayers and condolences to his family and friends,” the 49ers announced on Twitter, @49ers, on Jan. 12.

After graduating from Napa High School in 1985 as a star fullback-linebacker, he went to UC Berkeley and played linebacker, from 1985-88.

He played for five teams over seven seasons in the NFL.

Three players from Pittsburg High School, a member of the CIF North Coast Section, have been recognized in a report by 247sports.com as top “prospects” from Northern California from the 2023 class.

Quarterback Jaden Rashada and wide receivers Israel Polk and Rashid Williams, who are all from Pittsburg, are on the list of elite players from Northern California and the Pacific Northwest.

“Rashada ranks as the top dual-threat prospect nationally in the 2023 class,” 247sports.com reported on Dec. 31.

The website added: “The 2023 class in the Northwest and Northern California is once again strong, with elite quarterbacks and defensive backs dotting the region.”

De La Salle-Concord, which went 12-2 and lost to St. John Bosco-Bellflower in the CIF State Open Division Bowl Championship Game last year, 49-28, is No. 1 in the Northern California preseason rankings, prep2prep.com announced in a report on Jan. 1.

“There will be no New Year’s surprise in the Northern California preseason high school football rankings.

As has been the case for almost 30 years, the No. 1 high school football team in Northern California will not change. The bottom line is until someone from north of Fresno puts a chink in the armor of De La Salle, the Spartans will top every Northern California rankings with no debate, period,” prep2prep.com reported.

The “Football Schools of Century (So Far),” reported by CalHiSports.com on Jan. 5, is led by No. 1 De La Salle-Concord.

“Going by a points system based on final state top 20 rankings since the 1999-2000 school year … here’s the list for football,” CalHiSports.com reported. “With no 2020 season counted, the No. 1 position for De La Salle of Concord should be obvious since the Spartans have been No. 1 in California a remarkable 11 times in the last 20 years.”

De La Salle is followed by No. 2 Centennial-Corona, No. 3 Mission Viejo, No. 4 Mater Dei-Santa Ana, No. 5 Long Beach Poly, No. 6 St. John Bosco-Bellflower, No. 7 Folsom, No. 8 St. Bonaventure-Ventura, and No. 9 Oaks Christian-Westlake Village.

There is a three-way tie at No. 10, with Grant-Sacramento, Hart-Newhall, and Serra Gardena.

They are followed by No. 13 Servite-Anaheim and No. 14 Oceanside.

Among the next schools listed are St. Mary’s-Stockton, Del Oro-Loomis and Elk Grove.

The “Class of ’22 Updated Hot 100,” compiled by CalHiSports.com and announced by the website on Jan. 9, includes four players from CIF North Coast Section schools in the player ranking charts.

“With no games played so far during the 2020-21 school year and no ability for anyone to emerge, the only way to adjust the Hot 100 player football rankings for California’s leading Class of 2022 prospects is by looking at those players who’ve landed D1 or Power 5 scholarship offers in the last few months,” CalHiSports.com said in the report.

Harris Barton and Carson Palmer, two players with ties to Bay Area teams, were selected for the 2021 College Football Hall of Fame, the National Football Foundation & College Hall of Fame announced on Jan. 11.

The 2021 Class will be inducted at the 63rd NFF Annual Awards Dinner on Dec. 7, alongside the 2020 Hall of Fame Class (the 2020 event was canceled due to the COVID-19 pandemic), it was announced in a press release.

Barton is an offensive lineman who played at the University of North Carolina from 1983-86.

Barton was selected by the San Francisco 49ers in the first round of the 1987 NFL Draft and played on three Super Bowl-winning teams. He played with the 49ers from 1987-98.

Charles Woodson, a cornerback/safety who played 18 seasons in the NFL and is a member of the NFL’s All-Decade Team of the 1990s, has been named as one of 15 Modern-Era Player Finalists for the 2021 Pro Football Hall of Fame, it was announced in a report on Jan. 5 at profootballhof.com.

This is Woodson’s first year of eligibility. A vote of the Hall’s Selection Committee determined the Modern-Era Player Finalists, which also includes John Lynch, a safety who played 15 seasons in the NFL and is currently the San Francisco 49ers’ general manager.

“The 15 Modern-Era Player Finalists will be considered for election to the Hall of Fame when the Hall’s Selection Committee meets virtually January 19, 2021,” it was reported by the Hall of Fame at profootballhof.com. “The full committee will elect up to five Modern-Era Players, who must receive a minimum positive vote of 80 percent for election. Three others — Tom Flores, Bill Nunn and Drew Pearson, the finalists in the Coach, Contributor and Senior categories, respectively — also are candidates for the Class of 2021.”

Woodson has ties to the Napa Valley. He is the owner of Twenty Four by Charles Woodson, a Napa Valley Cabernet Sauvignon that is available direct to consumer, exclusively for its wine club members.

Woodson is one of only two players (along with Hall of Famer Marcus Allen) to win the Heisman Trophy, Associated Press Rookie of the Year, AP Player of the Year and a Super Bowl title during his career. He was First-Team All-Pro three times and was elected to nine Pro Bowls.

Lynch played for the Tampa Bay Buccaneers from 1993-2003 and the Denver Broncos from 2004-07. He was voted to nine Pro Bowls and received All-Pro honors three straight years.

The 2021 Pro Football Hall of Fame Class will be announced on Feb. 6.

January 15 recap: Napa Valley news you may have missed today

The 79th edition of the Napa Valley Register's Up & Comers series, which highlights rising stars and players to watch for when their long waits are finally over, features Napa High's Keoni Cisco, American Canyon's Angelia Rodriguez, and Vintage's Everett Mitchell.

Former Green Bay Packers and Oakland Raiders defensive back Charles Woodson takes a selfie for a fan before a Packers game on Oct. 20, 2019 in Green Bay, Wis.