Become a Member
Read Today's E-edition
Share This
Justin-Siena Athletics: Nessman back at Braves boys basketball helm
Share this
1 of 3 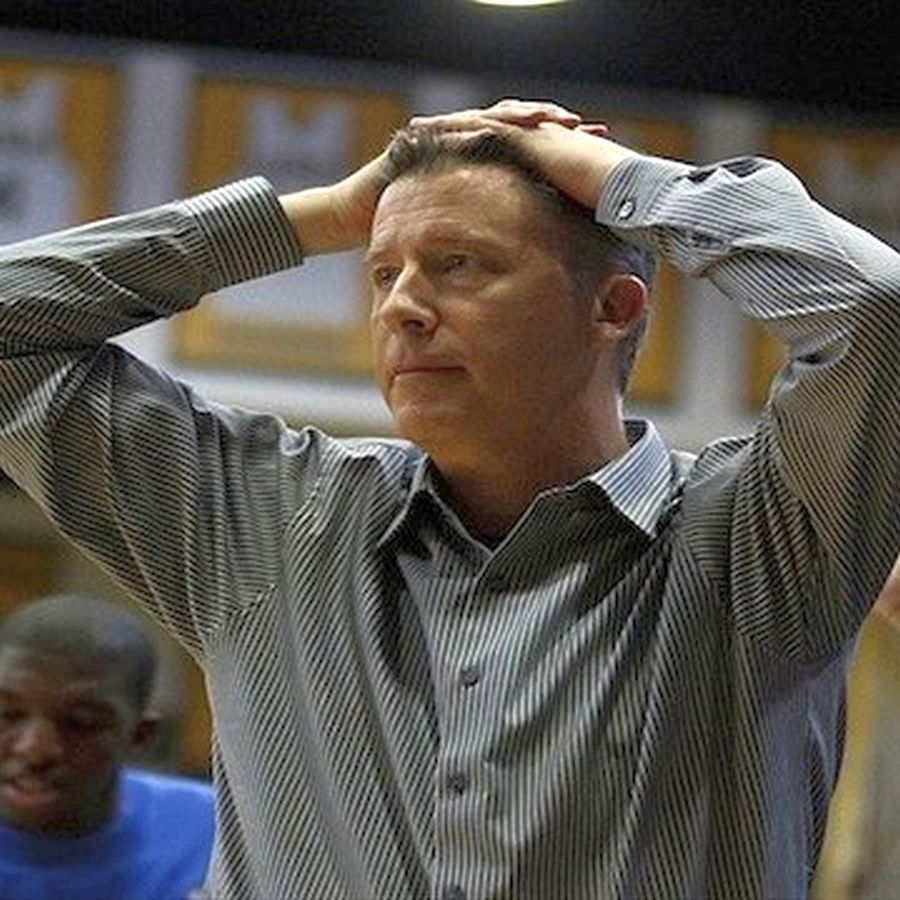 Justin-Siena Athletic Director George Nessman, shown when he was the men's basketball head coach at San Jose State, will return to the Justin-Siena boys helm this winter. 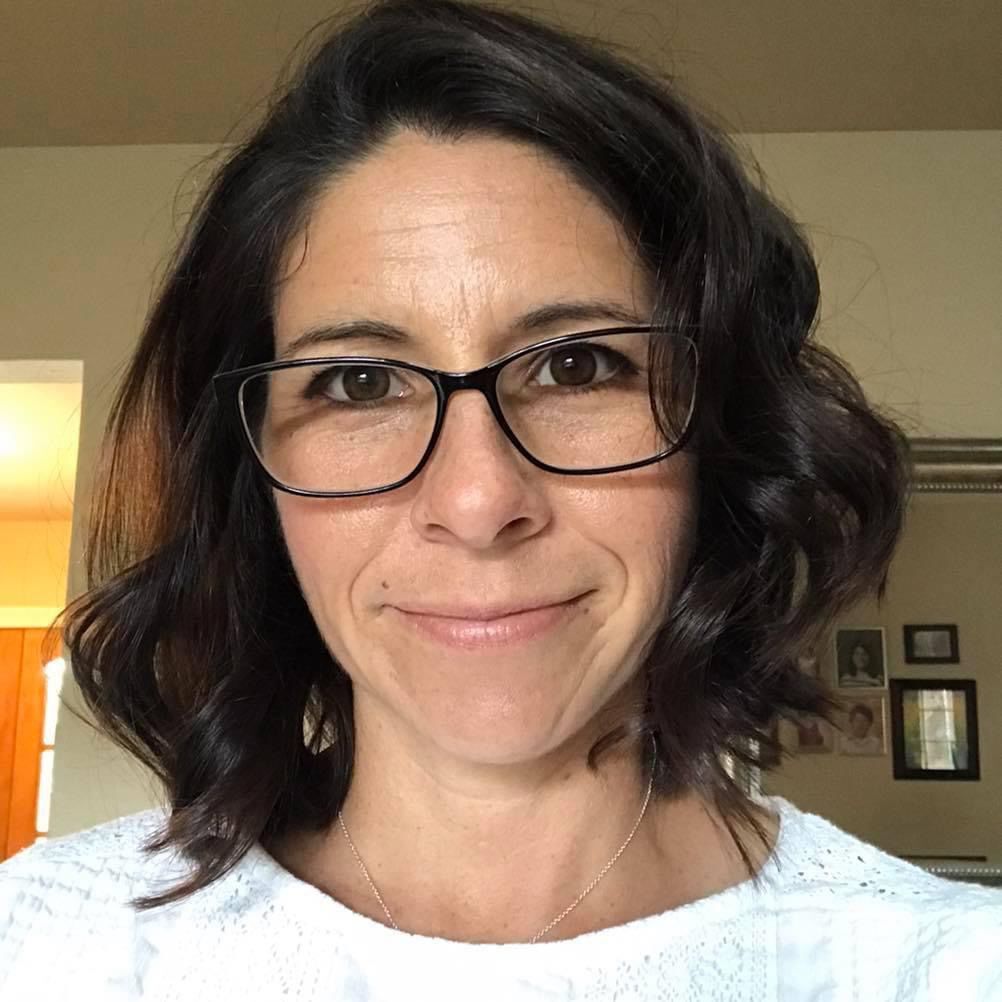 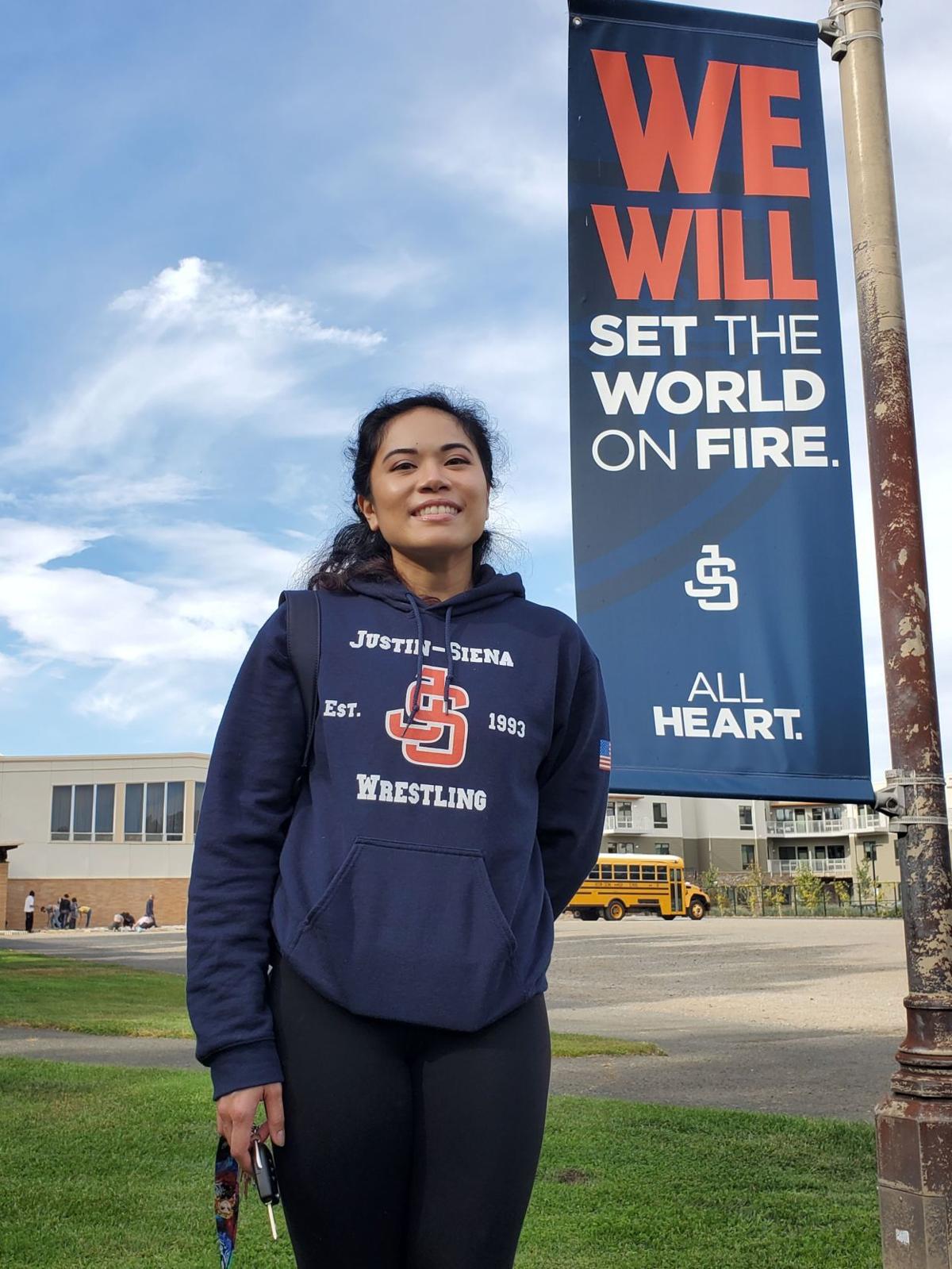 Former American Canyon High wrestler Nilla Marie Mercado was introduced to the sport by Justin-Siena co-coach Jason Guiducci, whose staff she will be on this winter.

After three seasons that brought competitive continuity and measured growth to Justin-Siena boys basketball, Dave Granucci has returned to the college ranks as an assistant coach at Sonoma State University.

“Dave did an outstanding job building a strong foundation for the Justin-Siena boys basketball program,” Nessman said. “We wish him well in his new coaching opportunity at Sonoma State.”

Granucci came to Justin-Siena after two seasons as the associate head coach at Division II St. Martin’s University near Olympia, Wash. In his time at the helm for the Braves, Granucci led the program to a postseason berth in 2020, re-established a freshman program and, after winning five of six down the stretch in the pandemic shortened season, has the program poised for playoff success in the coming seasons.

“I am proud of what we accomplished at Justin-Siena over the past three years,” Granucci said. “The commitment from the young men, families and community helped build a strong foundation that should see great success under Coach Nessman. I want to thank everyone at Justin-Siena for all their support and a great three years. Go Braves!”

Nessman coached the Braves on an interim basis over their last six games of the 2017-18 season after Jason Rockwell stepped down. It was the Justin-Siena’s last season in the Marin County Athletic League before moving into the Vine Valley Athletic League. The Braves finished ninth in the MCAL at 3-11 and 10-16 overall after falling to to Piedmont, 50-38, in their North Coast Section Division IV playoff opener.

Assistant Athletic Director Andrew Bettencourt, who is in his eighth season as Justin-Siena girls basketball head coach, expects the transition to be smooth.

“We are fortunate to have a coach with the experience, expertise and background of George Nessman to be able to fill in and move the program forward in a positive direction,” he said. “We are excited for the upcoming season as Coach Nessman and his staff take over.”

Justin-Siena has announced the hiring of Shaylene Maiden as its varsity softball head coach.

“I am excited to be leading the Justin-Siena softball program for the 2021-2022 school year and beyond,” she said. “There is a lot of talent and heart in the program, and I am anxious to begin working with the team.”

Maiden played for UC Santa Barbara and brings a wealth of knowledge and experience to the position.

“We were very impressed with Shay’s energy and positive spirit and expect her to provide strong leadership to our softball program,” Nessman said.

Maiden takes over for the retired Tim Garcia, who served as head coach for six seasons.

“We wish Tim well in retirement,” Nessman said, “and we will miss him on many levels at Justin-Siena, including his work as head softball coach.”

She started wrestling as a seventh-grader at Springstowne Middle School in Vallejo after being recruited in one of Guiducci’s P.E. classes there.

“Nilla had this hard-working and gritty drive that we love to see in our student-athletes,” Guiducci said. “She was very focused and task-oriented and didn’t let any of the pitfalls around her distract her from leaving a positive impact.”

Guiducci grew more impressed when he later found out she was a late-stage cancer survivor, having been diagnosed at age 10.

"She became one of my super heroes,” he said.

She became an integral part of the Springstowne program, which won middle school state titles in both her seventh- and eighth-grade seasons. Mercado also scored All-American status at the USAW Nationals in Oklahoma City.

Mercado went on to graduate from American Canyon High School, where she contributed to the Wolves’ 2013 Sac-Joaquin Section girls championship. Mercado is also very talented artist who was a finalist in a National Congressional Art Competition, where she met Congressman Mike Thompson.

Guiducci said the Justin-Siena coaches are avid supporters of the women's wrestling movement. But he said its growth at Justin-Siena has been slow, and that bringing on Mercado is the next step to having the girls program fully recognized on the north Napa campus.

Co-head coach Jesse Ward and Guiducci have had much success with their youth programs at Springstowne Wrestling Academy of Vallejo and the Napa Sheriiff's Activities League building programs inclusive to girls. Ward’s SAL program can boast of producing multiple female state champions and collegiate wrestlers — most notably two-time state champion Alyvia Fiske and three-time state placer Maggie Douma, who wrestled at Vintage and Napa, respectively, before going on to compete on scholarships for Simon Fraser and Oklahoma City universities.

Guiducci's program in Vallejo has also produced talents such as Shelly Avelino, RIcki Liang and Alyssa Wong, who were CIF state champs and wrestled collegiately.

"We both have really worked hard to bring women's wrestling to the forefront, even when we first started with Justin-Siena in 1993 when the program was founded,” Guiducci said. “It has been tough not seeing the girls program here match the wildfire growth we’ve seen in California.”

The Braves’ first female wrestler was Holly Aubry during the program's inaugural 1993-94 season, but Justin-Siena has seen only a trickle of female wrestlers in comparison to the boom seen in the Napa-Vallejo Area over the past quarter century. In 2014-15, when the duo of Guiducci and Ward took over the program from Roger Bubel, Victoria Su became the face of girls wrestling at Justin-Siena for the next four years.

“Victoria went at it alone and did her best each year to bring girls into the program and we believe her presence is why we are about to field our most impressive group of girls to date,” Guiducci said, “as she was on the welcoming committee at freshman orientation that greeted current seniors Yahaira ‘Ya-Ya’ Martinez and Estrellita ‘Star’ Gil.”

“With five experienced Lady Braves, we felt it was time to make the push to bring on a female coach and Nilla fit the bill,” said Guiducci.

Said Ward, “Very excited to have Nilla onboard as a coach this season. We have a few girls on the team, but the draw for girls wrestling has been scarce on this campus. I think Nilla will add some comfort and reduce the intimidation factor. Plus our current squad of girls are doing a great job in introducing new kids to the sport. And the addition of another coach will give our girls more opportunity to attend female-only tournaments.”

Mercado, a certified fitness instructor, has coached at St. Patrick's-St. Vincent in Vallejo since 2016 and was approached by Guiducci in the late the summer after the Braves’ staff got clearance from Nessman to bring on a girls coach.

According to story published in the Vallejo Times-Herald in June 2009, Mercado lost 38 pounds over four months and doctors told her family she had two months to live because they thought she had untreatable stage four cancer. When she met Guiducci about a year later, he had no idea she had grappled with cancer and survived before age 11.

“There was no sign,” he told the newspaper. “She’s a humble kid who didn’t really want any attention. Wrestling is one of the toughest things you’ll ever do, and for Nilla to come back from cancer to do this is amazing.”

Her mother, Marilou Mercado, didn’t want her to wrestle because she though Nilla would get injured competing in a “boys sport” — not long after recovering from months of intense chemotherapy for what turned out to be a treatable stage three cancer.

Justin-Siena Athletic Director George Nessman, shown when he was the men's basketball head coach at San Jose State, will return to the Justin-Siena boys helm this winter.

Former American Canyon High wrestler Nilla Marie Mercado was introduced to the sport by Justin-Siena co-coach Jason Guiducci, whose staff she will be on this winter. 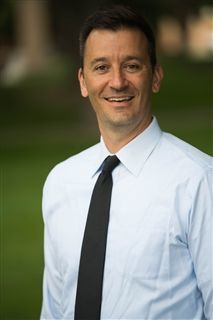