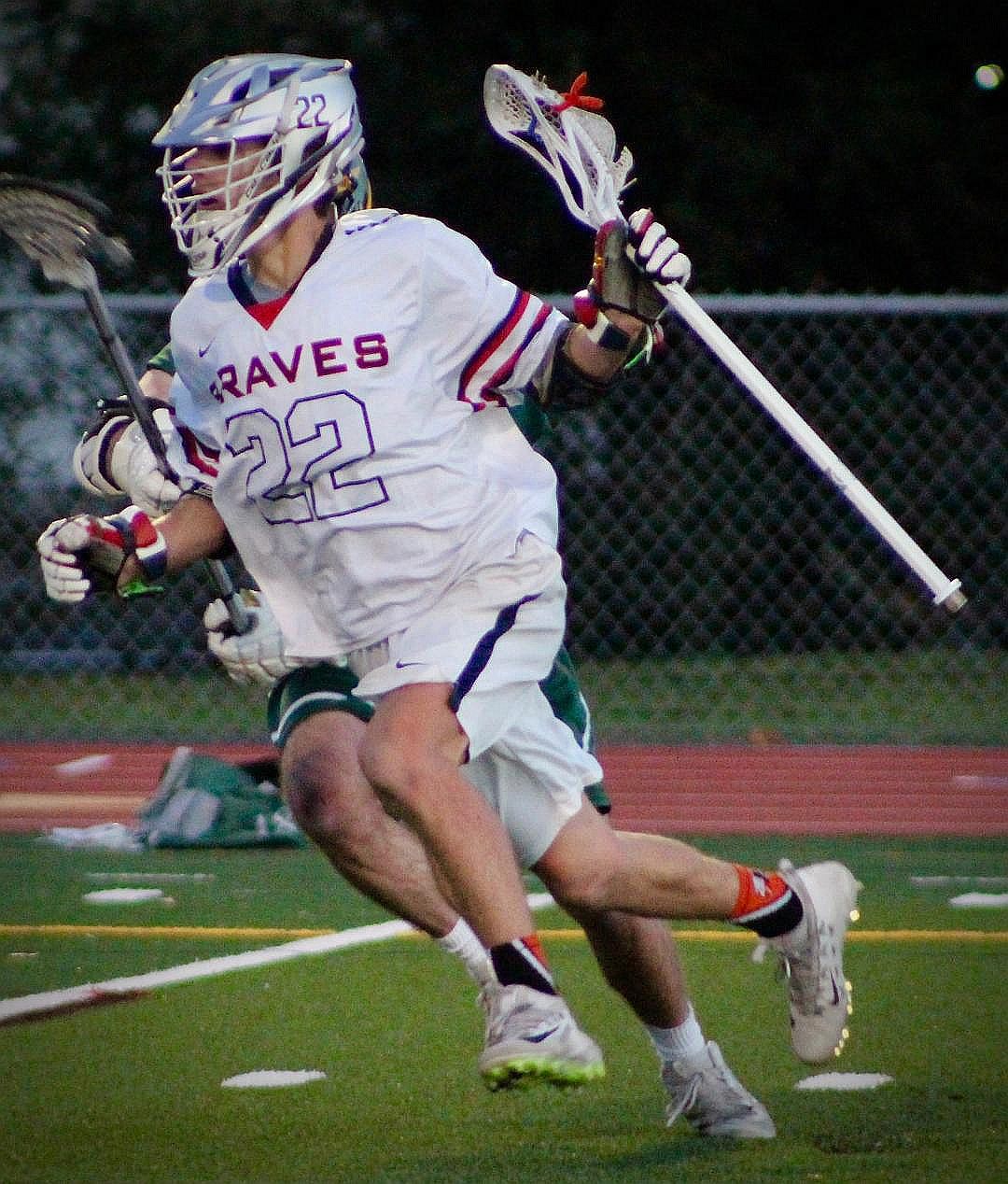 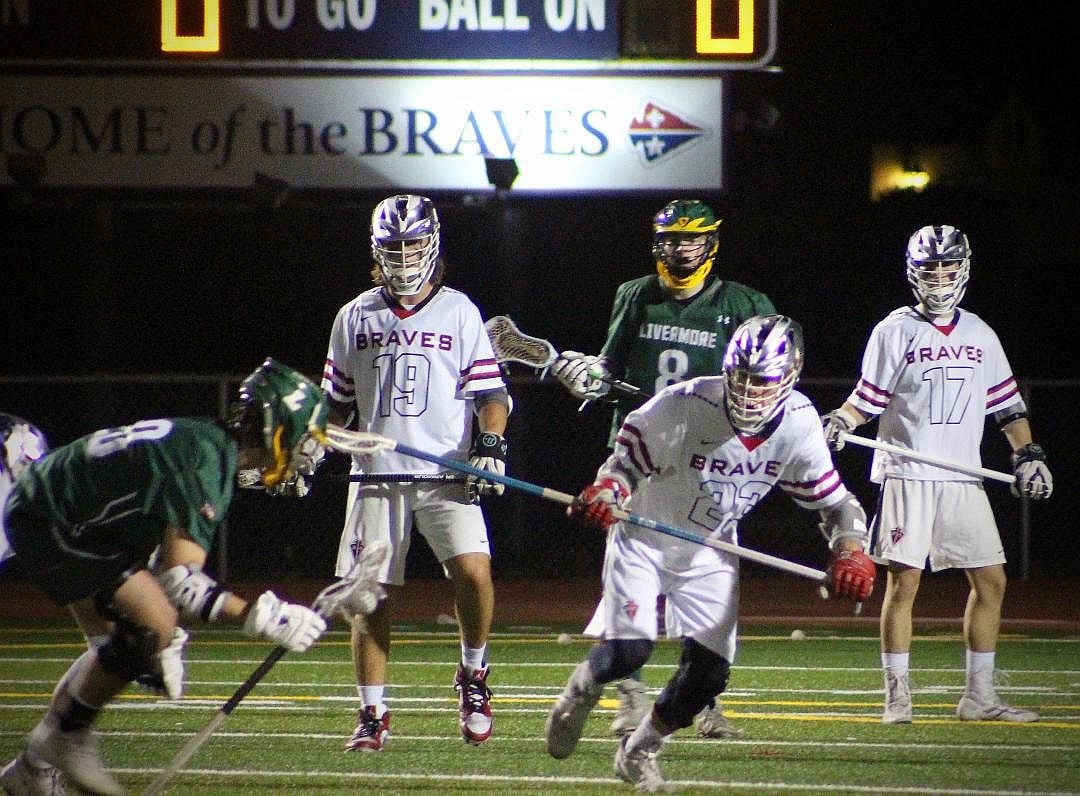 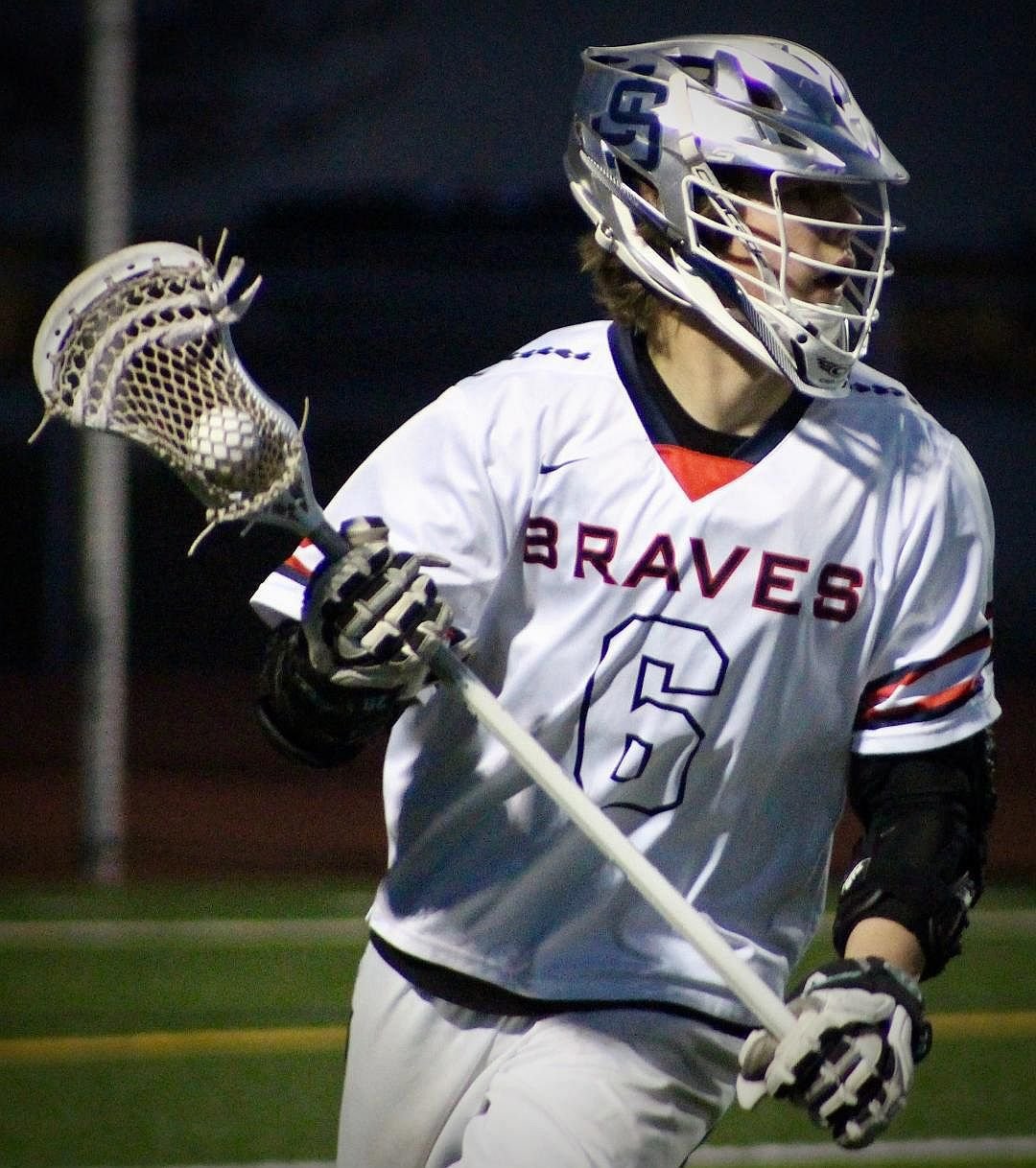 Justin-Siena's Tommy Crist looks to score against Livermore on March 7 in what ended up bring the Braves' season finale. 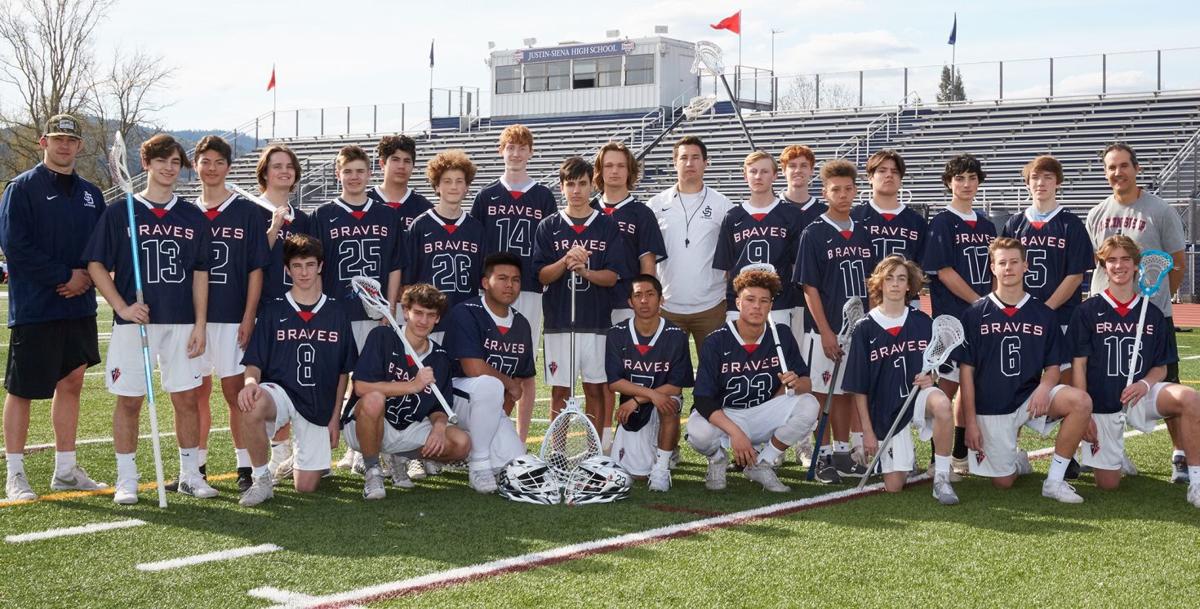 A lot of high school teams in the Napa Valley had high hopes before the COVID-19 pandemic wiped out their promising spring seasons.

The Justin-Siena boys lacrosse squad was definitely one of them.

The season had started with, along with a 16-3 rout of Northgate in Walnut Creek, a pair of 8-7 overtime wins at Campolindo and against visiting University that each saw junior captain Connor Machado score the winning goals.

Justin-Siena had enjoyed the best season of its nine-year existence in 2019. The Braves were seeded No. 5 but reached the North Coast Section Division 2 playoff semifinals with a 9-6 upset of No. 4 Bishop O’Dowd. They fell 13-6 in the semis to No. 1 seed Novato, the eventual runner-up.

This season, their fourth under head coach John Murray, would have likely found them opening the playoffs this week instead of being unable to even meet as a team due shelter-in-place orders.

“This season, we got off to our best start in program history,” Murray said, “not just from a total wins standpoint, but we had multiple quality wins early on.”

“We tried our best to schedule the top teams in Division 2 early on to really strengthen our schedule, and the team rose to the challenge,” Murray said.

The 2019 VVAL pennant race had seen the Braves finish in a second-place tie with Petaluma behind champion Casa Grande. That season had started with an 11-10 home loss to Campolindo, a result Justin-Siena was determined to avenge this February.

The Braves did that on Feb. 25, despite trailing 6-2 at halftime. While sophomores Tommy Crist and Aidan Cushing scored a combined 5 goals, the defense held its own. Impressive work by senior captains Miles Williams and Jonas Gonzales and sophomores Trevor Hummer, William Marino and Jack Ryan and sophomore goalie Jack Duffy, who had 6 saves, the Braves shut out Campolindo in the third quarter. With just 48 seconds left in the game, Crist tied the score 7-7 to force overtime before Machado scored the winner.

Two games later, University came to Dodd Stadium from San Francisco and grabbed leads of 3-0 after one quarter and 4-1 at halftime. A pair of Crist goals in the third quarter were answered by the Red Devils, who took a 6-3 lead into the fourth. But solid defense and excellent goaltending by Duffy – who made several one-on-one saves – allowed Justin-Siena to tie it 7-7 on freshman Dante Leonardi’s first high school goal, 2 more by Crist, and one by long pole Williams before Machado lifted the Braves to victory again.

“We came out super hot this season thanks to everyone on this team,” Machado said. “It was disappointing that we couldn’t continue. Our team was passionate and willing to put in the work in order to succeed, and I can’t wait to get back into it as soon as possible. I thank the seniors for their time in getting this team to where it is today and I will be forever humbled by the lessons they have taught me.”

Justin-Siena was ranked fifth out of the 22 teams in Division 2 of the NCS when the season was canceled, having given up the fewest goals of any of them.

“While the season was cut short, I want to encourage everyone to continue the grind and finish what we started,” said Gonzales. “We had some big goals that can be accomplished next year as long as everyone keeps going. They just need to remember that they don’t need to be a captain to lead. I had a great season with these guys and I can’t wait to see everyone get better.”

“Though the season was cut short, I am immensely proud of our guys. We fought hard and improved every day,” Murray said. “We put more work into this season than ever before, and it showed on the field.”

The shortened season saw the immense growth of a young team playing at the varsity level. Seventeen of the 23 Braves were freshmen or sophomores, competing against teams comprised mainly of juniors and seniors. The Braves also had several players new to lacrosse, awaiting the chance to grow with the leadership of their veteran teammates.

Williams, a four-year starter and third-year captain, had 26 ground balls this lacrosse season. He was a defensive powerhouse with steals, goals and an unparalleled mix of tenacity and energy.

“I want to thank Coach Murray and all my teammates for an amazing four years of a great program and an exciting start to our 2020 season,” said Williams, who recently signed with Marshall University in West Virginia to continue his football career. “It was on track to be our best season. I wish nothing but the best to every one of my teammates and I know all of them will continue to perform at their very best.”

Ryan transitioned into whatever position he was needed to play. With a history as a defensive long pole, he did face-offs and played long stick middle and midfield as well. He also excelled in winning ground balls and had several goals this season.

Crist, Cushing and Machado were a trifecta of strength, leading the team in goals and assists. Fischer, who was sidelined most of 2019 due to injury, also had several goals this season.

Arcia, meanwhile, showed his strength and speed as a midfielder.

“Playing lacrosse as both offense and defense middle for three years at Justin-Siena has been enjoyable,” Arcia said. “What would’ve been my last year playing as a senior and making captain is unfortunate because of the circumstances of COVID-19. I miss my team, the practices and the games. What I miss the most is the intensity of the games. I really was looking forward to playing and making more memories with my team. I wish my last year didn’t end this way, being sheltered in.”

As heartbreaking as it was for a team on the rise to have its season cut short, the Braves’ first six games exemplified Justin-Siena’s “All Heart” motto. The team displayed an excellent work ethic, a never-give-up attitude and optimism, intertwined with the ability to unfailingly support and make each team member stronger during even the most difficult games.

Without a doubt, the seniors will be immensely missed next year.

“The last four years at Justin-Siena we have been unable to field a JV team and that has led to the unique opportunity to coach an individual for four years,” Murray said. “This is my first class that I have coached from freshman year to senior year and it has been an absolute privilege to coach these outstanding players and people.

“It speaks volumes that all three of our seniors were captains this year. My heart breaks that the journey we started four years ago was cut short at our peak. The hard work and commitment these three have shown is reflected in the success we have had the last two years and success we will have in the future.”

Justin-Siena's Tommy Crist looks to score against Livermore on March 7 in what ended up bring the Braves' season finale.