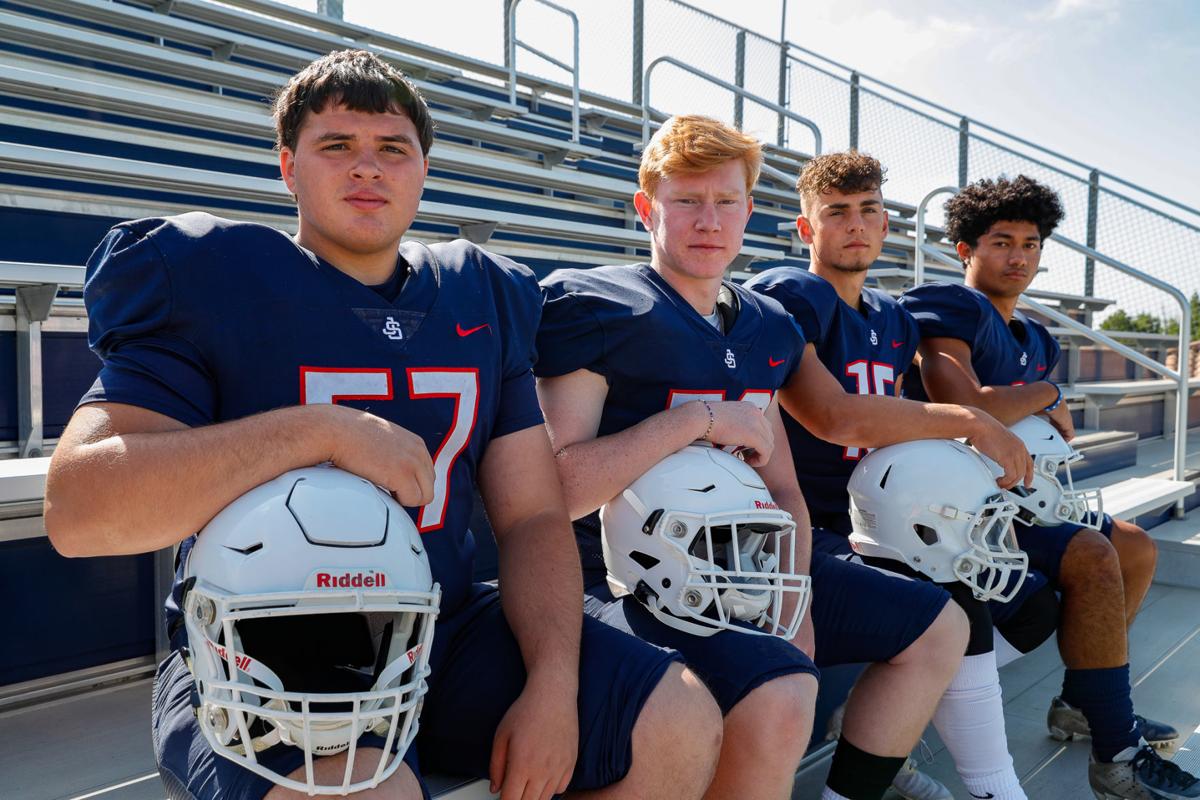 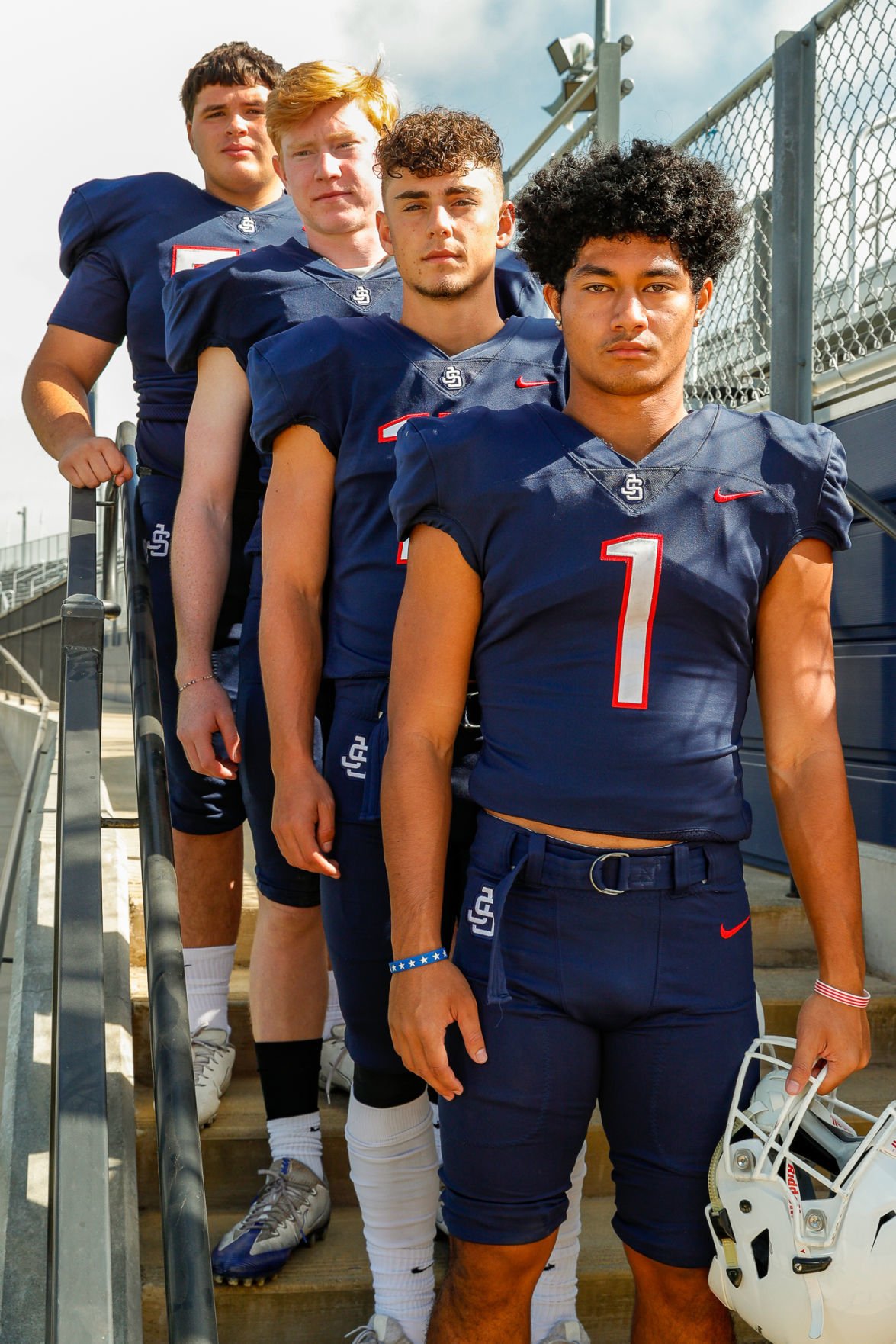 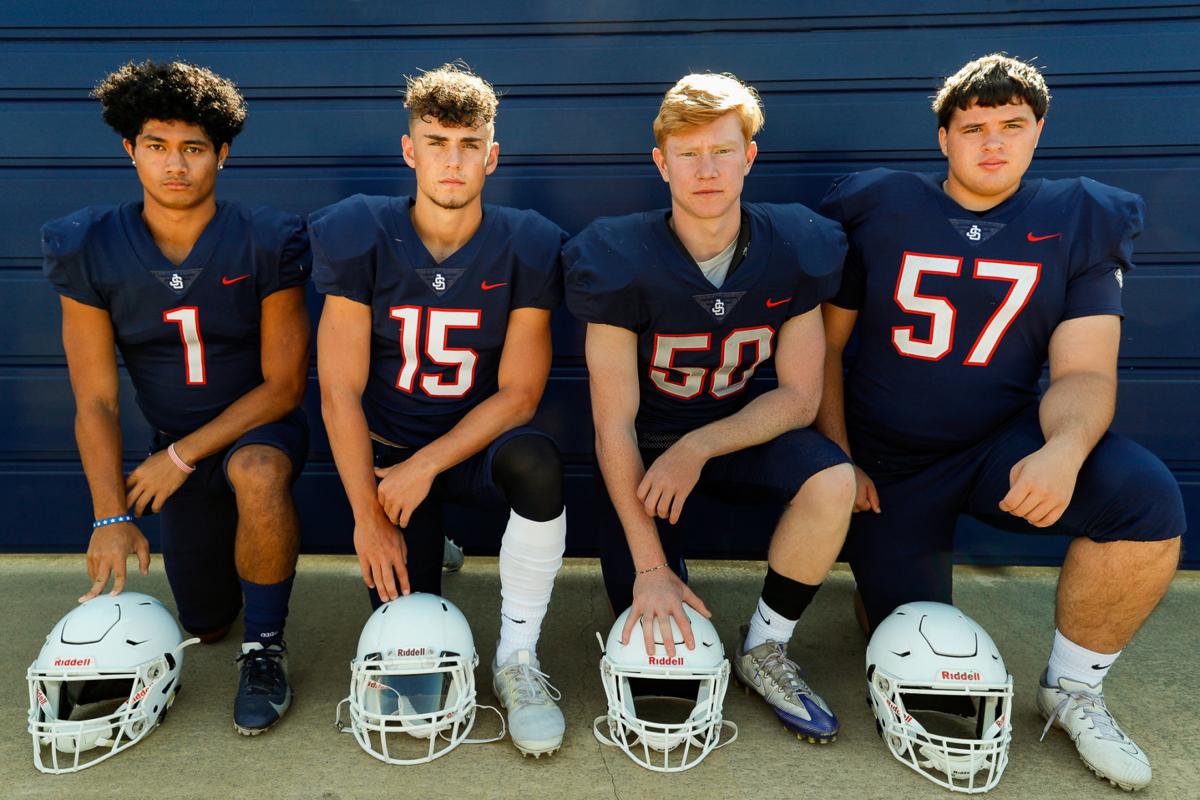 Up in Humboldt County last year, the Justin-Siena football team was a quarter away from upsetting the No. 2 seed in the North Coast Section Division 4 playoffs, Del Norte-Crescent City, before a 37-21 loss ended its season.

After the game, as players and coaches lined up to say goodbye to the Braves’ seniors, the building blocks of a strong foundation was being laid for the 2019 season.

Despite losing many key pieces from its solid 2018 squad, Justin-Siena is looking to return to the postseason for a third straight year.

“I think last season was a good thing for us (who were) juniors. We were able to experience a real brotherhood and show that to the sophomores,” said senior wide receiver-cornerback Blake Hoban. “I feel we have the potential to be as good or better this year, because of how close we are and how much work we put in.”

Brandon LaRocco returns for his fourth season at the Braves’ helm, the 1998 Justin-Siena alumnus having picked up his first postseason victory as a head coach last season. The Braves repeated history in their playoff opener, defeating de facto rival Piedmont 53-28 on the Highlanders’ hilly campus. In the past five years, Piedmont has won all five regular-season contests against the Braves, but Justin-Siena has won both postseason matchups between the teams.

“I think this team has more multi-sport athletes than any team that I have coached,” LaRocco said. “I think every one of our seniors, except for maybe one or two, were on a spring sport this year. A lot of them play basketball and wrestle as well. These kids have been competing all year long. They are a competitive group and a lot of the juniors had playing time last year. We don’t have a very large junior class, but there is some talent in that class.”

The rivalry with Piedmont recently had an unexpected wrinkle thrown into it when Piedmont head coach John Trotman Jr. resigned, three weeks before the season opener.

Also back on the Braves’ schedule are Healdsburg and Armijo. Justin-Siena routed the former 61-0 in their second game, after which the Greyhounds canceled their season due to a lack of enough healthy players.

For the Braves who commute from Fairfield, last year’s first-ever meeting with Armijo was not only a chance to play a Division I school but to also compete against childhood friends.

The Braves will wrap up their non-league schedule by welcoming Archbishop Riordan of San Francisco to Dodd Stadium. The Crusaders – who picked up their lone victory last season against Napa High – compete in one of the toughest leagues in all of California, the West Catholic Athletic League.

The preseason will be key for the Braves, as they have zero opponents on their schedule in the brand new NCS Division VI.

One league matchup that should have extra spice this season will be with budding rival Sonoma Valley, and not just because many of the Braves grew up in Sonoma with some of the Dragons. One of Justin-Siena’s top running backs last year, Sonoma resident Francisco Morales-Florentino, is now one of the Dragons.

“We have a pretty small margin of error, with us being the smallest school in the league by a pretty large chunk,” LaRocco said. “We don’t have a lot of places we can give ground and expect to maintain it and stay with these other teams.”

The Braves have had a strong string of quarterbacks recently, with Barrett Donohoe – the starter the last three years – following the likes of Aidan Willard and Marcus Armstrong-Brown, who went on to play for Oregon State and Hawaii, respectively. Looking to have similar success this year will be junior Hudson Beers.

“I don’t think we have a quarterback that has the exact same skill set of Barrett,” LaRocco said of Donohoe, who will play for Monterey Peninsula College this fall. “So we can’t replace Barrett, but we are retooling the offense to fit our new quarterback’s skill set.

“Hudson was the JV quarterback the last two years. He is a hard-working kid. I don’t know if there is a kid that has put in more time in this offseason learning his position and what it takes to be a varsity-level quarterback. I think that is what I am most impressed with him, that he just works and isn’t afraid to work. He wants to be good and he has the drive to make that possible.”

Like Donohoe, the 6-foot-1 Beers also plays basketball. But that may be where the similarities end.

“He is more of a pocket passer than Barrett was,” Justin-Siena offensive coordinator Tyler Streblow said. “Barrett, if the play broke down, would be able to scramble and make a big play. I think Hudson will be able to make those big plays, but it will come more from the pocket. He is a really pure thrower and has solid mechanics – probably one of the most ready junior quarterbacks that I have seen, so I am excited to see how he will do.

“He is ready. He has been playing quarterback for a long time, so I think he is ready to step into this position. I think he has been waiting for it for these past two years to get up to varsity.”

Justin-Siena also lost key offensive weapons to graduation in running back Conrad Say and wide receiver Luigi Albano-Dito. But the Braves returned one of the league’s top two-way players in senior Solomone Anitoni, who will be in his third season as a varsity starter.

There is a quiet confidence that the Braves may have something special in running back Noah Young, too. The junior speedster was on the junior varsity most of last season, as he had missed the summer football program while playing for Team USA’s 16-and-under baseball team.

“Looking at our team and looking at all the kids coming up, I think we have a pretty good chance,” said senior guard/middle linebacker Marcus Nunes. “I have 100-percent trust in everyone on this team and all the newcomers. We lost a lot of players, but we know the people that are going to fill those roles are going to be equally as good or even better sometimes.”

Other seniors looking to make an impact on the offensive side of the ball are running back Mav Heun and defensive end Miles Williams, who has potential as a wide receiver.

“Noah and Mav are basically our two-headed monster in the backfield,” LaRocco said. “Mav is more like a Darren Sproles scatback. He is pretty short, but incredibly quick and very shifty. He’s surprisingly tough for a guy his size, and he is going to shock people with the physicality he will show this year. Noah can move as well, but he is a downhill runner. So we have our little thunder and lightning.”

The Braves have many new faces on the defensive side of the ball, as well, with a massive hole being left by Colby Bates and 6-foot-5 defensive end Julio Lopez. Nunes and Williams have potential to fill those craters, with both players having had highlight moments last season.

Two other Braves to watch this season will be the lone sophomores on the team, Miles Martin and Caden Parlett, who both will be playing in the secondary this year. Anitoni will also be an anchor for the defense, continuing the Justin-Siena tradition of having at least one lockdown corner.

“This is probably the most confident I have ever been,” Anitoni said. “I have been working hard this offseason and I have a lot of experience. I have the most on the team and I feel like I can lead us in the right way. To be honest, I feel that we are doing a lot better in the offseason than we did last year. A lot of sophomores that are juniors this year, the whole offseason they were in the weight room and they were all working out. I have a lot of confidence in us, really. I feel we are a lot stronger this year.”

The Braves have bonded quickly this season, especially in the weight room. Justin-Siena doesn’t have the numbers of other programs in the section, but has been able to use those players effectively.

“I think the juniors that are coming up from JV last year have really stepped up in the weight room,” said senior center-defensive end Grant Koehler. “They have been working hard and we see that and appreciate that. They are trying to make us better.”

Justin-Siena finished sixth out of seven teams in the new Vine Valley Athletic League last year at 1-5, and 5-7 overall. The Braves came close to winning all but one of their league contests in 2018, losing four of them by a combined margin of only 23 points.

“I think last year was a good learning experience. We had so many close games, so it has been good preaching the little things and how important it is to finish,” Streblow said.

“Hopefully we can take those games that we lost by less than a touchdown and maybe flip those the other way. We have been preaching how thin the line between a win and a loss.” 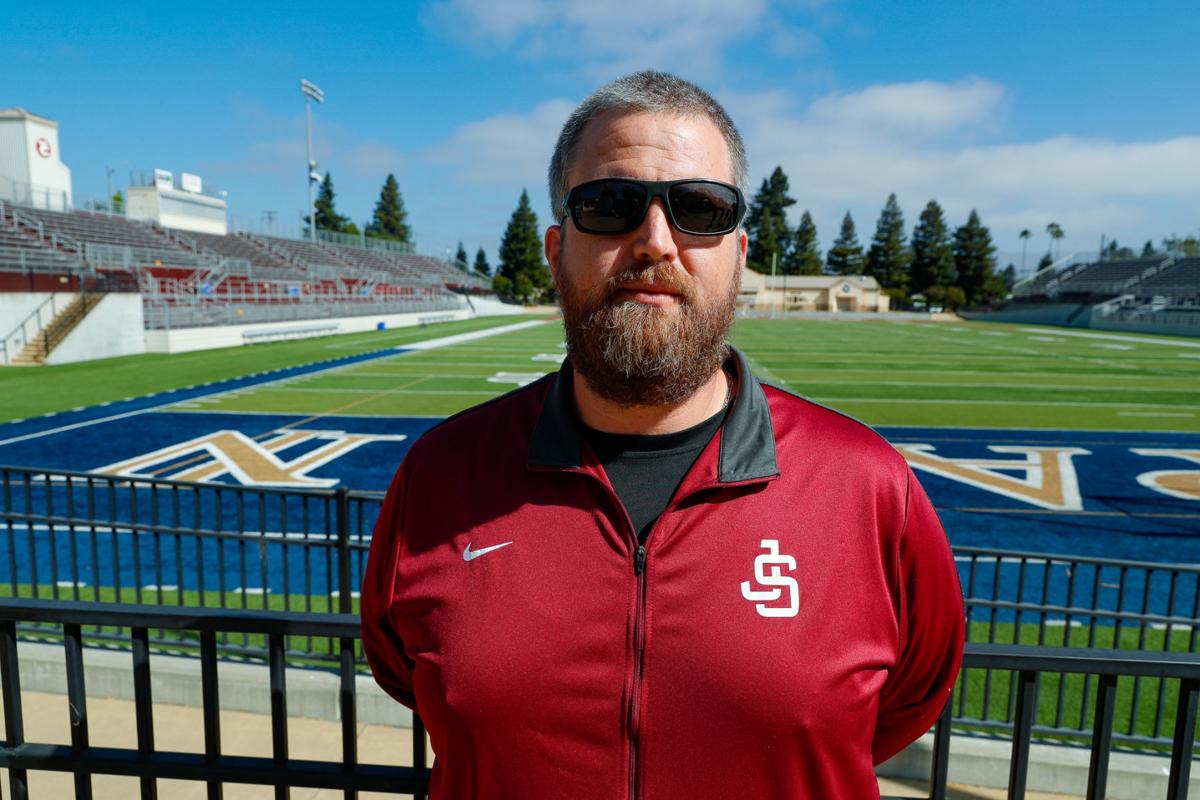