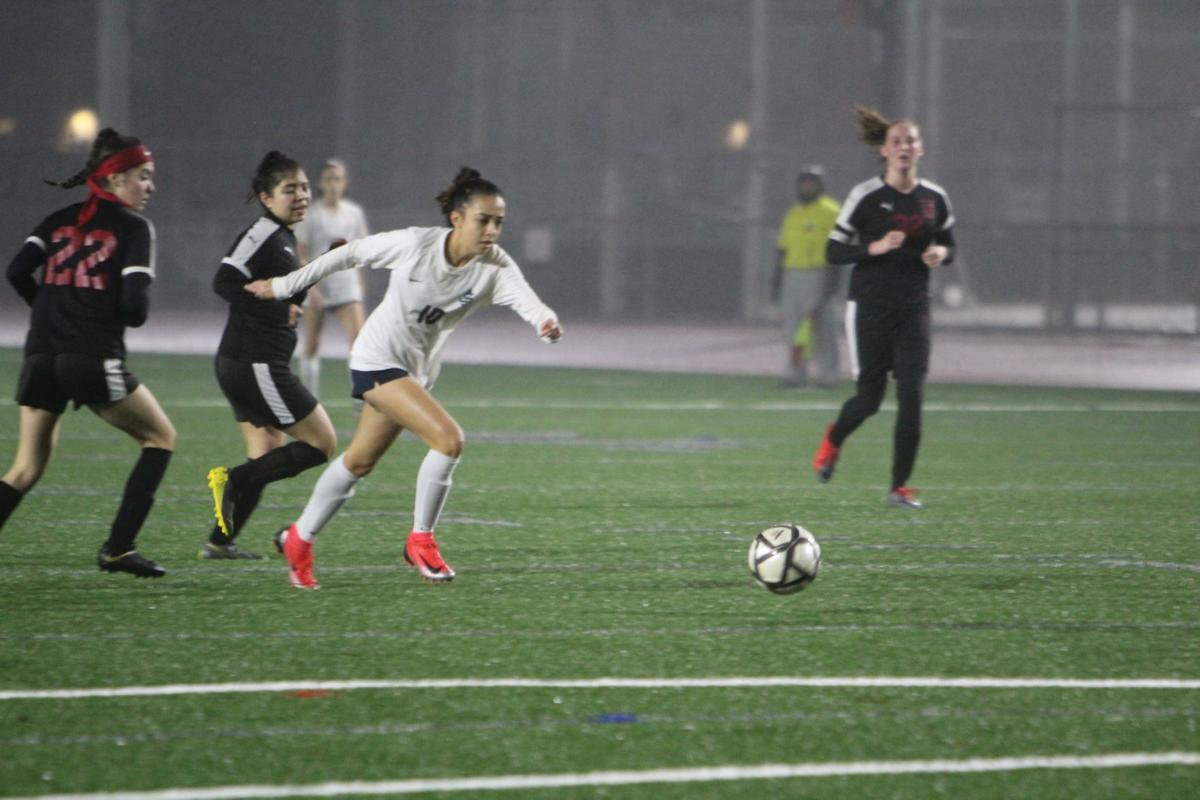 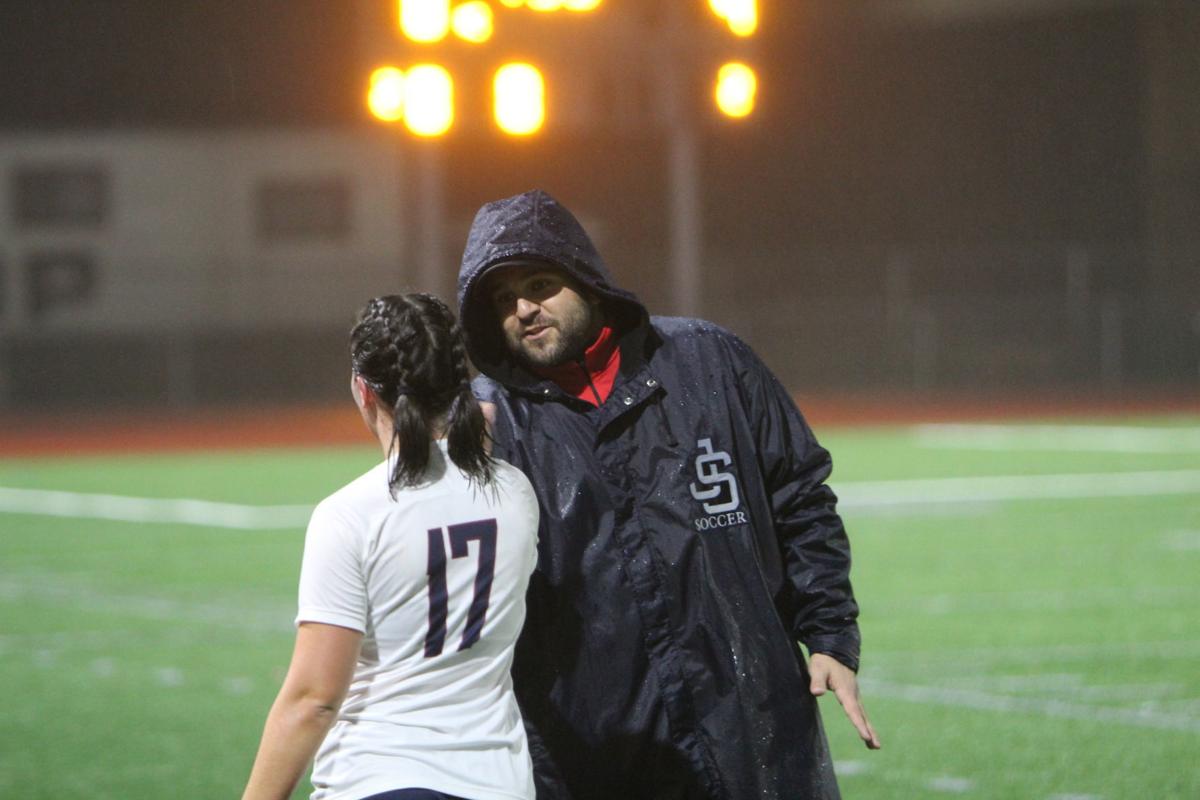 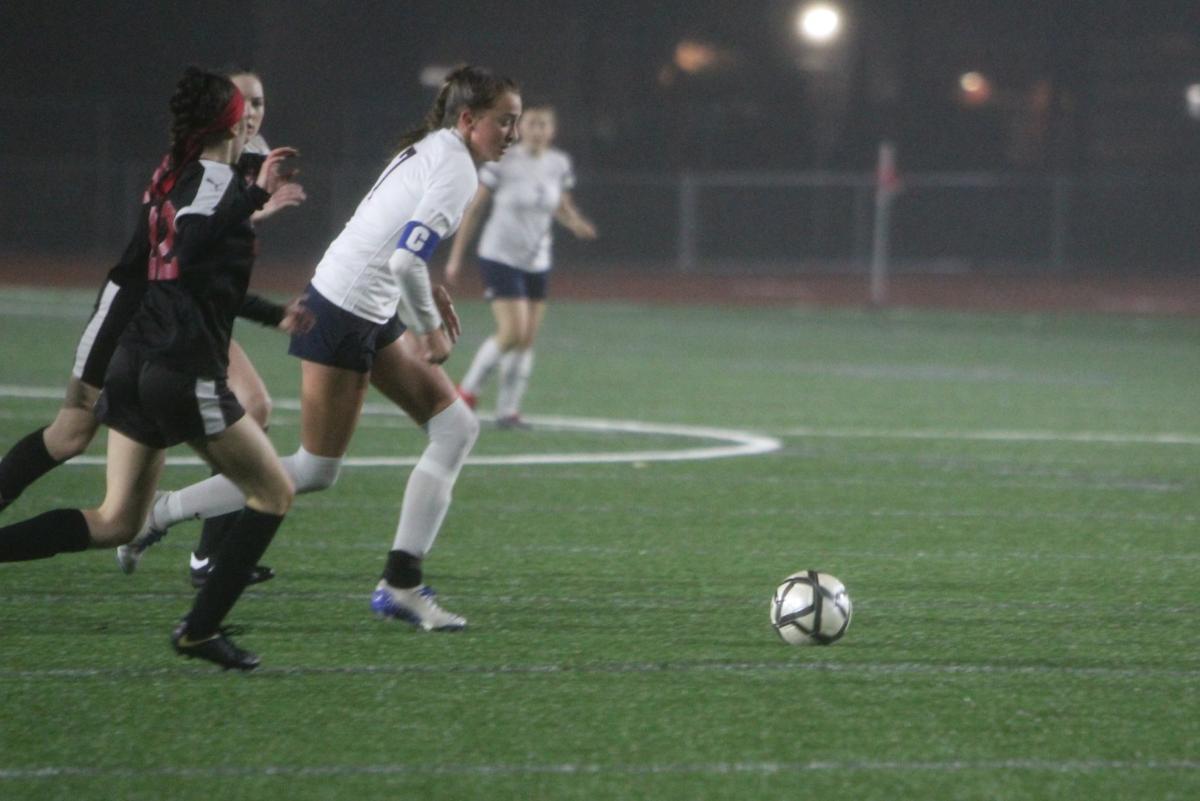 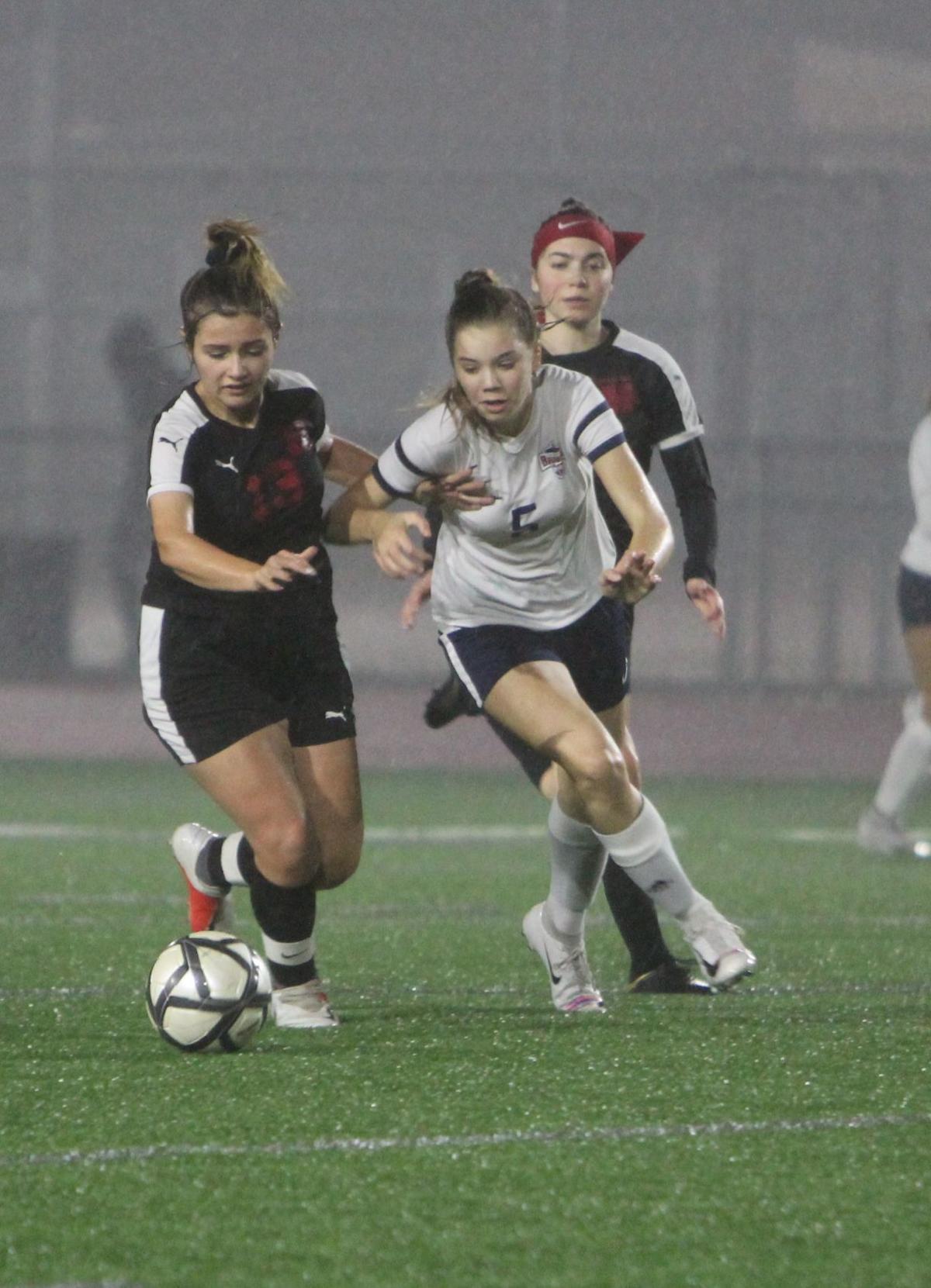 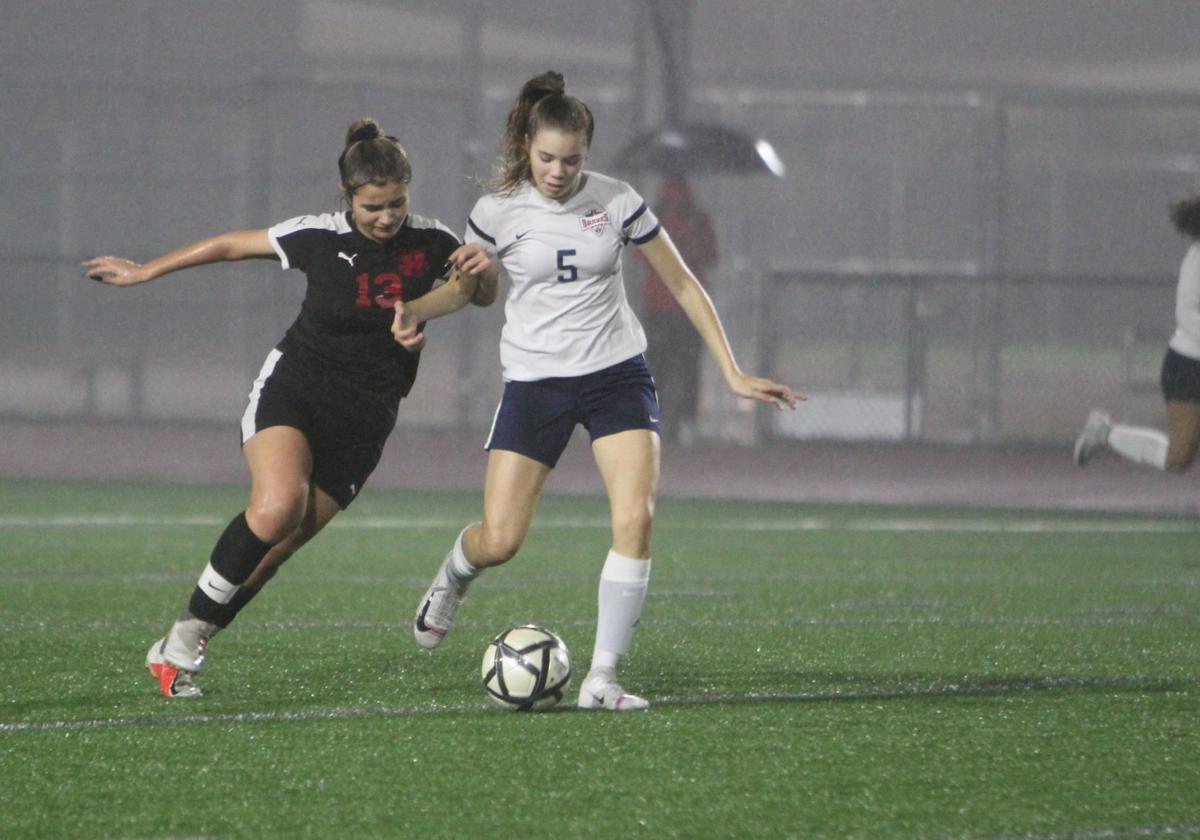 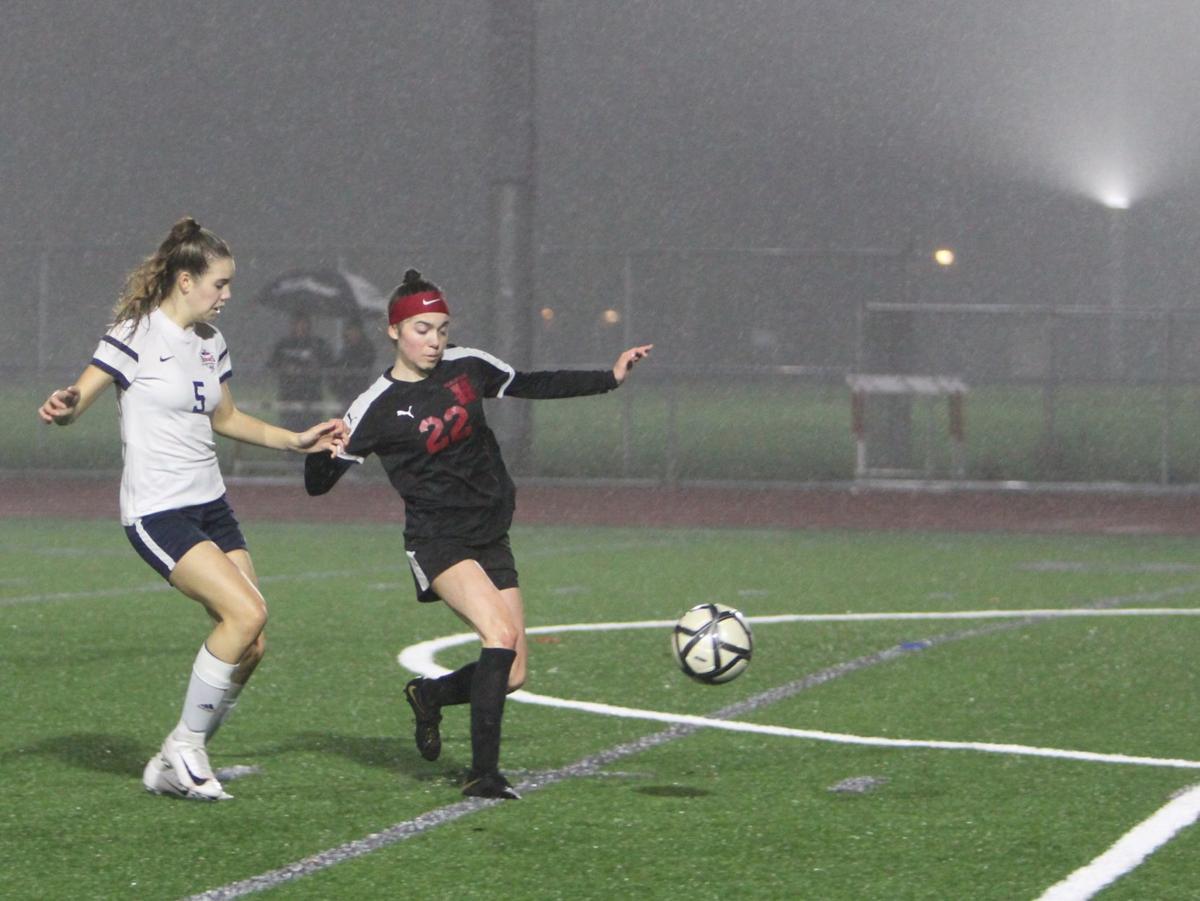 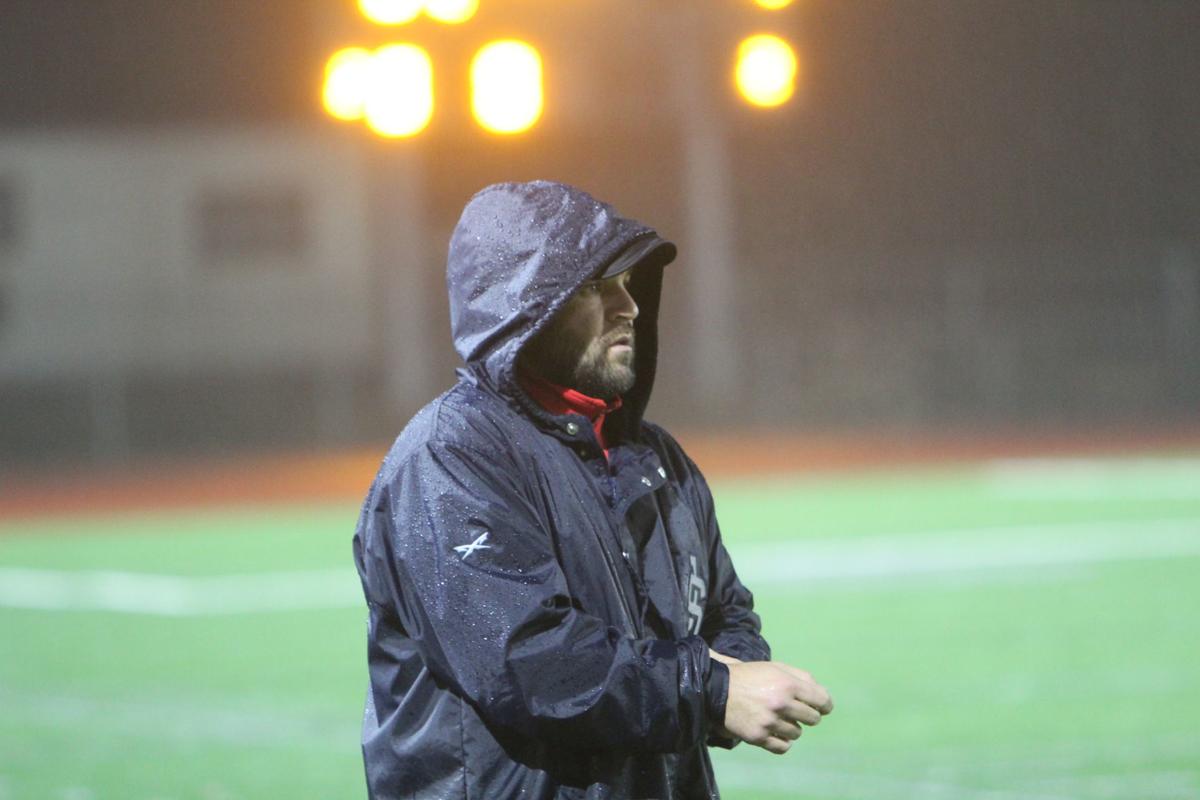 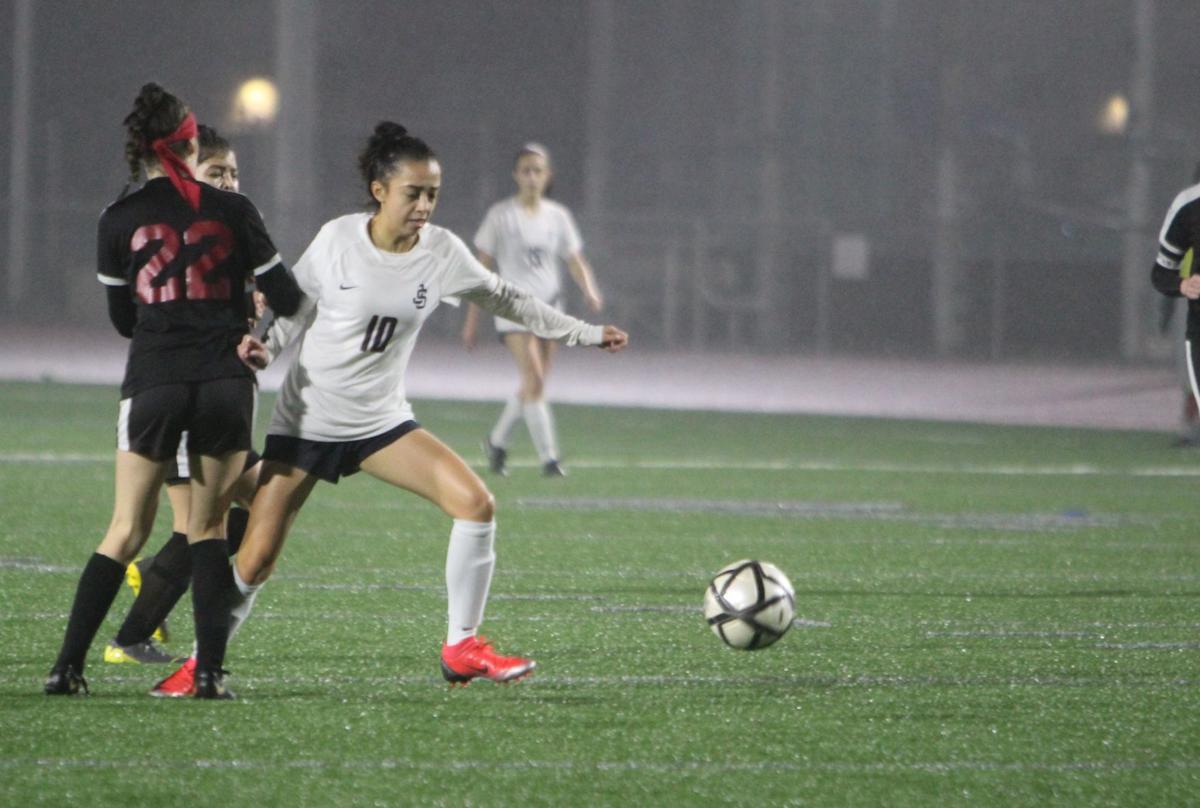 For the first time since spring 2015, the Justin-Siena girls soccer team will go into league play with a win – three of them actually – and probably can’t wait to start playing again after this three-week break from games.

“It feels great and I am very pleased with the focus and the commitment that girls have given from the start this year,” said fourth-year head coach Eric Branagan-Franco, whose Braves (3-1-1) will visit American Canyon for their Vine Valley Athletic League opener Jan. 3. “I think it was important for the girls to gain confidence prior to going into a tough VVAL schedule.”

Sophomore striker Tessa Salvestrin, after scoring 15 of Justin-Siena’s 19 goals last season, has scored 12 of its 26 so far this year and added 2 assists.

“Tessa has continued to play club for Santa Rosa United and continued to stay motivated internally to get better as a player,” the coach said. “She has started off well this year. However, she knows that she will need to be prepared for some changes once league starts and will need to adapt her game if she wants to continue to have the success she has had so far this season.”

“Anjali has come back more confident and focused this season, which is why she has had breakout start to her season,” Branagan-Franco said. “She has really stepped up and taken ownership of the striker position and is continuing to grow confidence with each game.

“Olivia has been a nice surprise because she has blended in nicely with the varsity group and has shown tremendous potential in her capabilities as a player. Being a young player on varsity can be daunting, but she has stepped up to that challenge. She is determined to grow and improve and I think we’ll continue to see her success this year.”

The rest of Justin-Siena’s goals and assists have come from a mix of seniors and underclassmen. Despite the wide range of ages on the squad, Branagan-Franco said the team has strong chemistry.

“The girls have gotten along great thus far and I think this has a lot to do with accepting each other for their differences and their capabilities,” he said. “I feel that the girls are starting to embrace their roles on the field and starting to understand the strengths and weaknesses of their teammates. There is a good level of camaraderie with this group, which will be an important key if we want to have success this year in VVAL. The girls need to stay united, continue to build their sisterhood, and fight for one another on the field.”

Among the team’s nine seniors, Presley Schultz (2 assists) and Natalie Schiefferly (2 goals) are in their fourth varsity seasons and goalkeeper Sophia Van Duzer is in her third.

“My seniors are truly the key to this season because we do have an eclectic group of players,” Branagan-Franco said. “They know and understand their roles on the team and what is expected of them. They will need to be the leaders on the field and also the pulse of our team to make sure we keep our composure in tights moments this year.

“Natalie is a natural leader. She is determined to keep the team united and has a great voice both on and off of the field. Presley has shown a lot of growth since last season and has brought a strong attitude to the team that the others feed off of. Van Duzer has grown into her role on the field. This year we really need her to be a leader on the field and she has shown focus and resolve to be that for us.

“Sophia Smith, Jocelyn, Esmerelda and Isabel have been playing big roles in our defense,” the coach said. “Last season, our defense was mainly seniors, and these players have really stepped up to fill those positions. Fernanda plays both the wing and striker. She has shown great improvement over the years and now has a goal to show for it. Jocelyn continues to show great development and focus as a striker and I truly enjoy watching her energy on the field. She gives the girls a real boost of energy coming off the bench and her hard work has paid off with a goal thus far this year.”

“Jillian plays a pivotal role in our squad,” Branagan-Franco said. “She has shown a great understanding of her position and determination and strength. I think that she will continue to have success and I am excited to watch her development over this season.”

Although the Braves’ spring 2013 team had 10 wins and likely would have made the North Coast Section playoffs had a former athletic director turned in their application on time, they haven’t officially been to the playoffs in 19 years.

“I know for a fact that the seniors would like to leave this year on a high note. Making the playoffs would for sure be a great achievement for these ladies after the past few years,” Branagan-Franco said. “It will not be an easy feat playing in a tough VVAL league.

“The seniors this year are the key to our entire season. Their ability to accept their roles and play consistently will be extremely important. They have been asked to, and will, step-up in key moments this year. I know they can do it because I have seen it in moments this season, but it will need to be more consistent and at a higher level once we begin VVAL if we want to be able to make the playoffs and be successful.”

Many of the Braves play two or three sports for the school, not year-round soccer.

“I am excited for this season because it is the first season where I felt the girls have begun to realize their potential and capabilities as a team,” the coach added. “Even though I may not have tons of club players on this team, I do have a group willing to fight and eager to be successful. I just hope we can keep that passion and eagerness throughout the season. That will be my job as the coach: keeping them focused on their goals as a team, as well as their willingness to battle each and every day at training and especially on game day.”