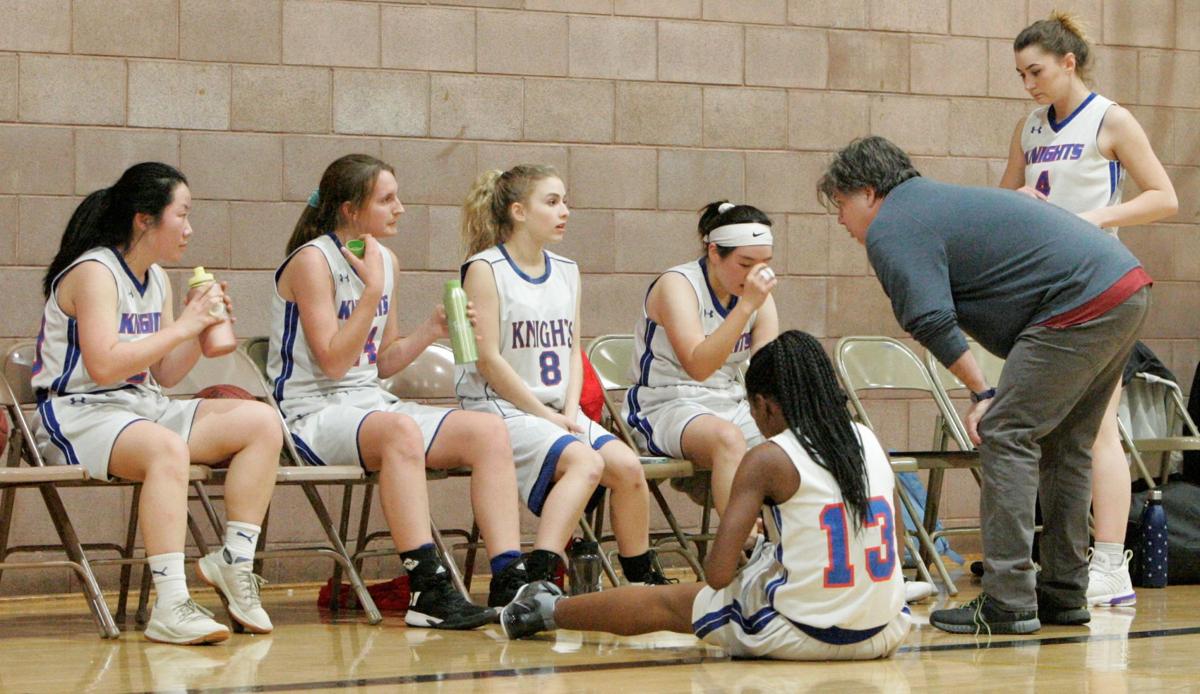 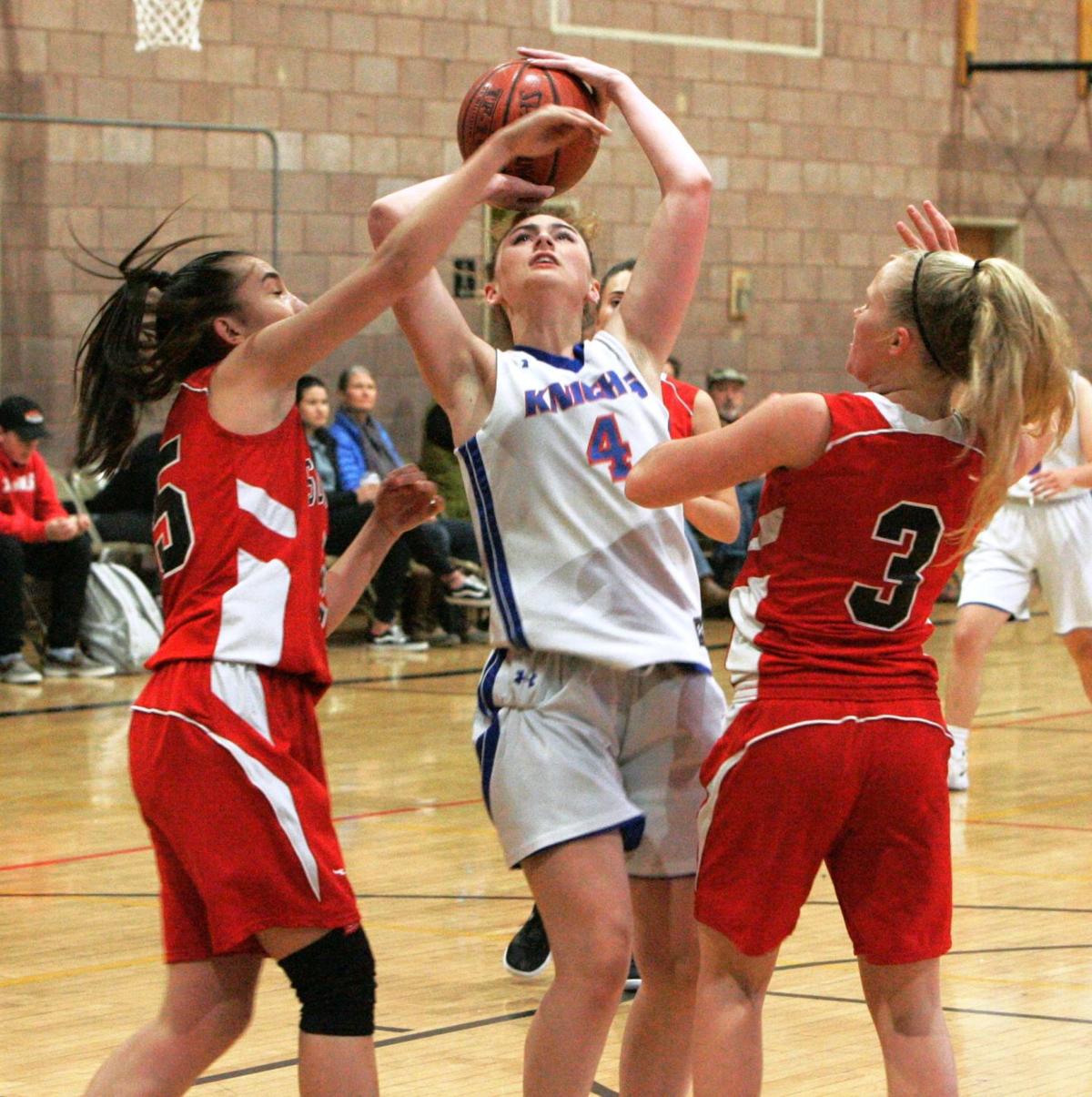 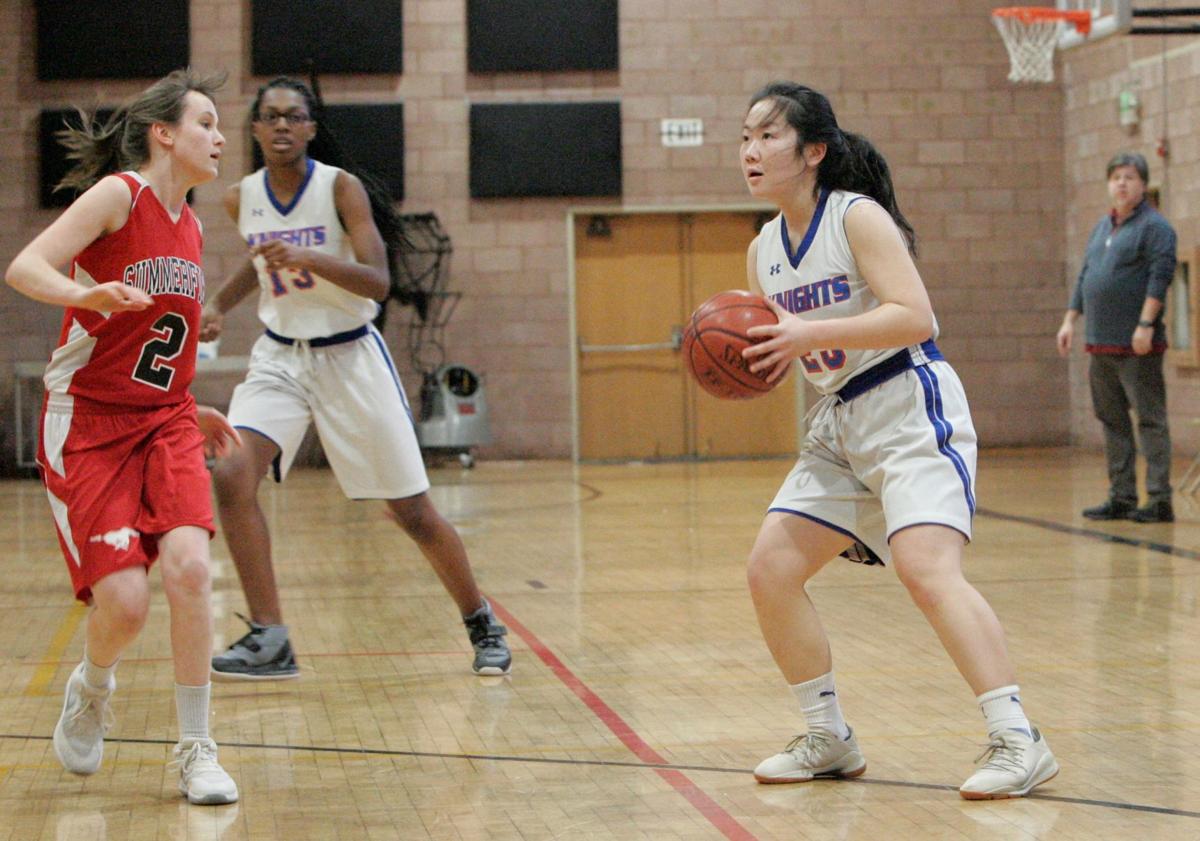 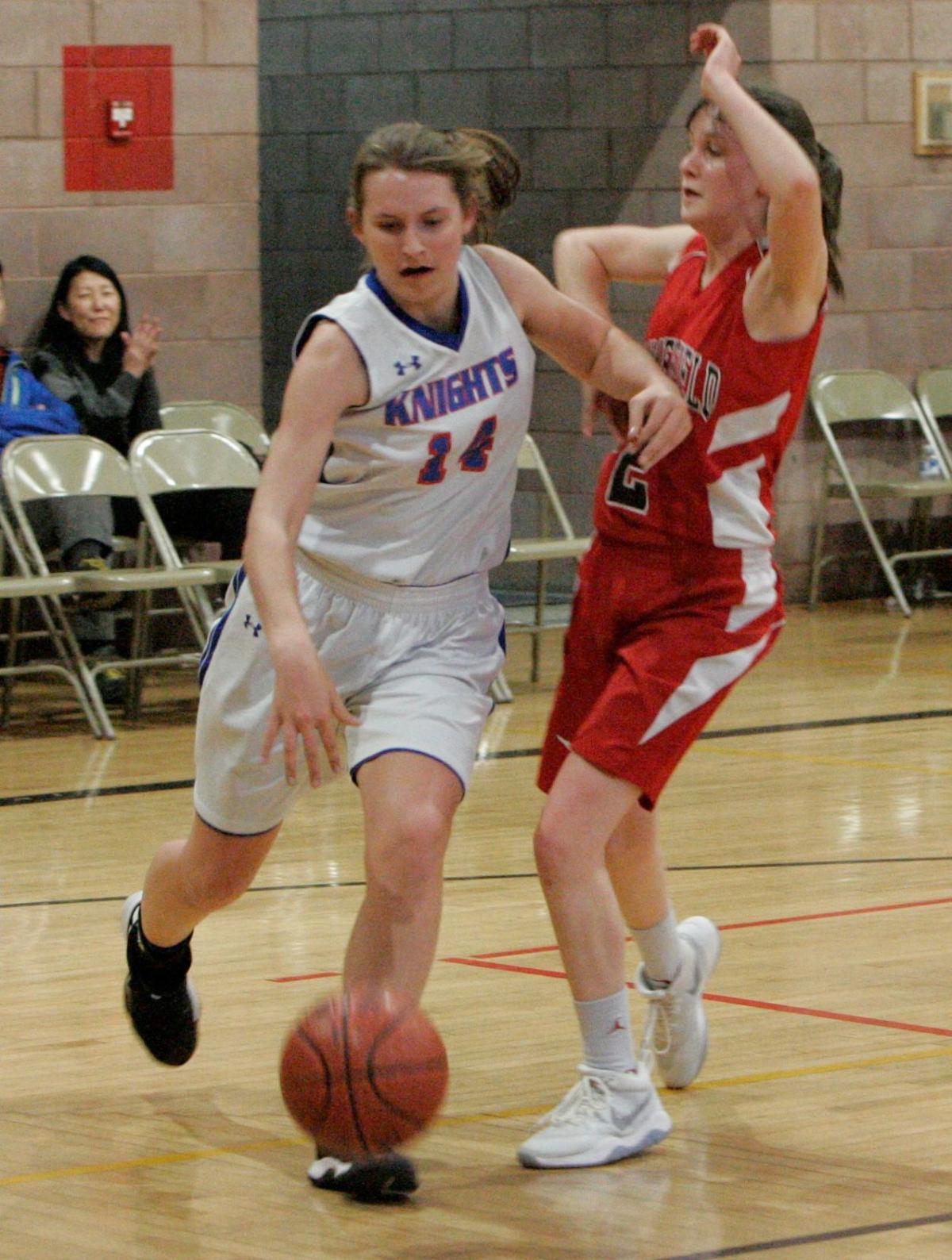 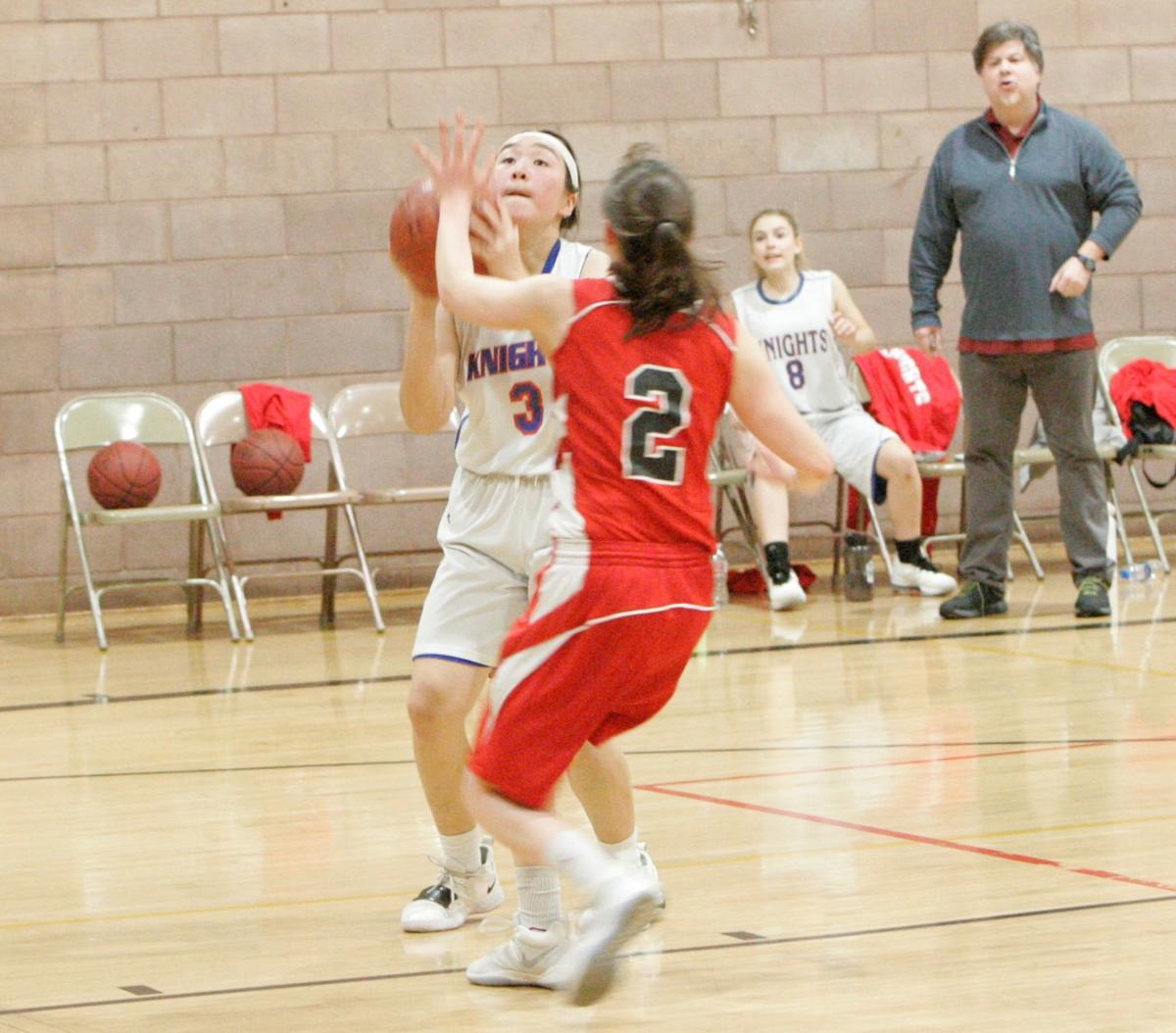 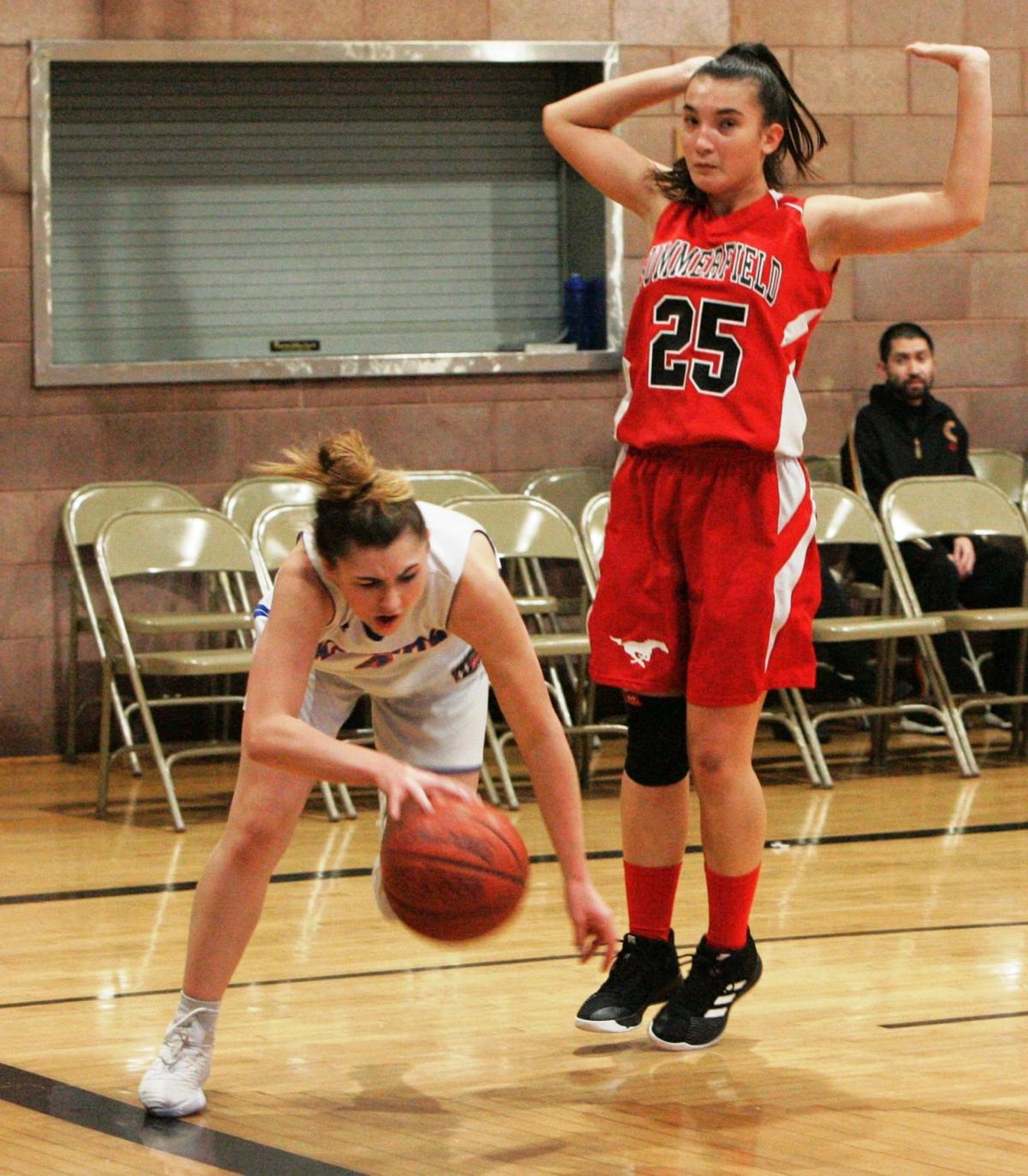 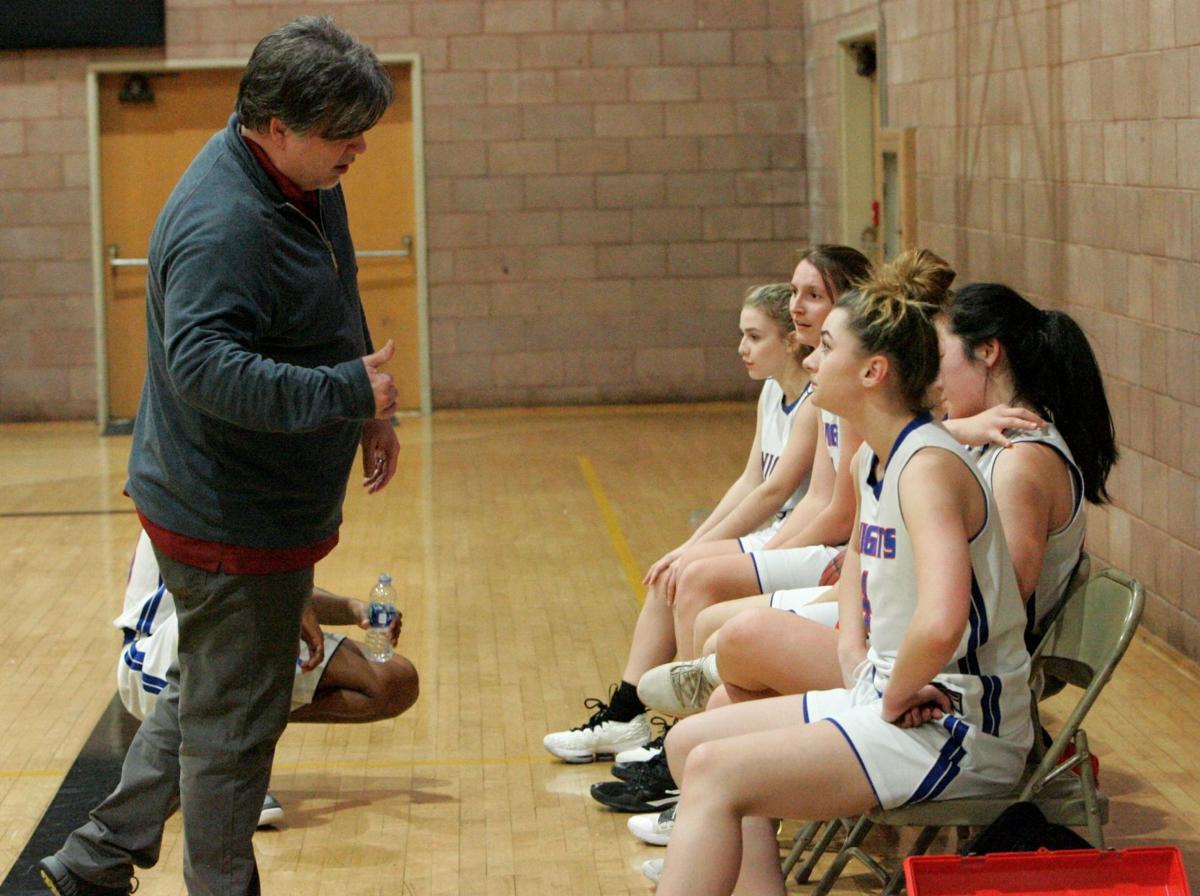 It was the first time in eight years one of his girls teams had posted more than four wins.

The Knights have usually had one player who stood out among her teammates, and this year and last it’s been Napa High transfer Breck Hearn. The senior had 28 points in Napa Christian’s 45-44 loss on Thursday to visiting Summerfield Waldorf, a Santa Rosa school that’s usually in top tier of the league.

It was a tough loss, decided when the Knights missed a last-second shot and putback, but Smith saw a silver lining.

“Our league has a top echelon and a definite drop to the lower one and we’re one of the top teams, so we needed a game where we get challenged like this,” the coach said after the game. “My girls never quit, whatever the score is.

“We were really young last year and there were a couple of losses where the mercy rule kicked in with a running clock in the fourth quarter. The girls got together and said they didn’t want that to ever happen again. So over the summer, we have open gyms Tuesday and Thursday nights and almost all of them were here.”

“The biggest improvement has come from Elana,” Smith said of Pang, who co-captains the team with Hearn. “She kind of had an off night tonight, but she’s usually a really good shooter. Last year, teams could just focus on taking out Breck, and there was nobody else that they had to worry about. This year, they have to worry about Elana. They also have to worry about Maggie, and Sissi and Bella have picked up their games.”

Smith reminds his players that they need to work together and not worry if they’re not scoring.

“They’re still really young and really raw, but they’re making the right play now,” he said. “They may not be finishing it yet, but they’re making the right play. So if Bella takes that shot, even if she misses it, she’s drawn the defense down, so we can get a weak-side rebound and we can get a layup. Even thought she may not have made the basket herself, she set up her teammates to be successful.”

“Victory is really tenacious on defense. She’s just runs with the ball and gets in your face,” he said. “Everybody accepts their roles. Tonight I had to get on them because Elana, since she was feeling a little off, she was giving the ball up to Breck too soon and not trusting her own game. That’s easy to do when you’re young and you’re not playing as well as you know you should be playing and you have a really good teammate – just feed her the ball. But that plays into the other team’s strengths if they’re double- or triple-teaming; we can’t force that. So I think that was part of the key to us coming back (from a 26-18 halftime deficit) in the second half – we went back to being a team. It can’t just be Breck. It has to be all five players.”

Pang has scored in the 20s multiple times this season, Smith said, adding that he keeps reminding her to use visualization.

“She’s usually a pretty good 3-point shooter, but it just wasn’t there tonight. And that’s tough, so as a coach I have to keep telling her ‘I want you to shoot; you’re my shooter. You have to tell yourself “It’s money, it’s money” and shoot through (the slump).’”

As the second-leading scorer this year, Pang will be counted on to lead the Knights after Hearn – who recently signed with Pacific Union College for volleyball – graduates this year.

“That’s what I told Elana last year, ‘I need you to take that leadership role,’ because I knew she and Breck would be leaders together this year and next year I’d have the leaders in place, Elana and Maggie,” Smith said. “Breck will be a huge loss, but it’ll still only be a loss of one player.

“Last year was painful but it was a good teaching year, a good preparation year for what we have this year and next year.”

Smith was pleased with the Knights’ defensive effort on Thursday.

“Our rotations were good,” he said. “We were a little slow a couple of times, partly because we normally play a halfcourt press, but they had enough ball handlers to where they were setting the pick and getting to the wing for the 3-pointer and trying to drag Maggie or Bella out, so in the second half were trying to stay low.”

“It did the last time we played Rio Lindo (in Healdsburg on Dec. 4) and lost to them by 10. And that’s because (ninth-year Spartans head coach Brad Benson) has 10 girls he can run at them, and we didn’t have the legs in the fourth quarter to keep fighting. So they made a little run right at the end of the game.

“But then we went the next four games averaging like 55 points.”

The Knights won 57-20 at Pacific Union College Prep, 51-16 over visiting El Sobrante Christian, 53-33 in a nonleague game at Trinity Prep and, after forfeiting to host Cornerstone Christian of Antioch, won 64-32 at Pleasant Hill Adventist.

“They got ticked,” Smith said. “This team has responded really well to losses. It’s been a while since we had such a competitive group. It’s fun. But I keep telling them it’s only January. We play for February and the league tournament. In the past, we always opened against the 2 or 3 seed. I expect we’ll be the No. 2 or No. 3 seed this year.”

The American Canyon varsity girls basketball team is undergoing a youth movement this season. Out of the 12 players on the roster, only three are returners that played last year.

The Calistoga girls varsity basketball team returns every starter from last year's team that reached the NorCal playoffs for the first time in program history.

The Justin-Siena girls basketball team is young but tall, with two 6-footers and two 5-foot-10 players.