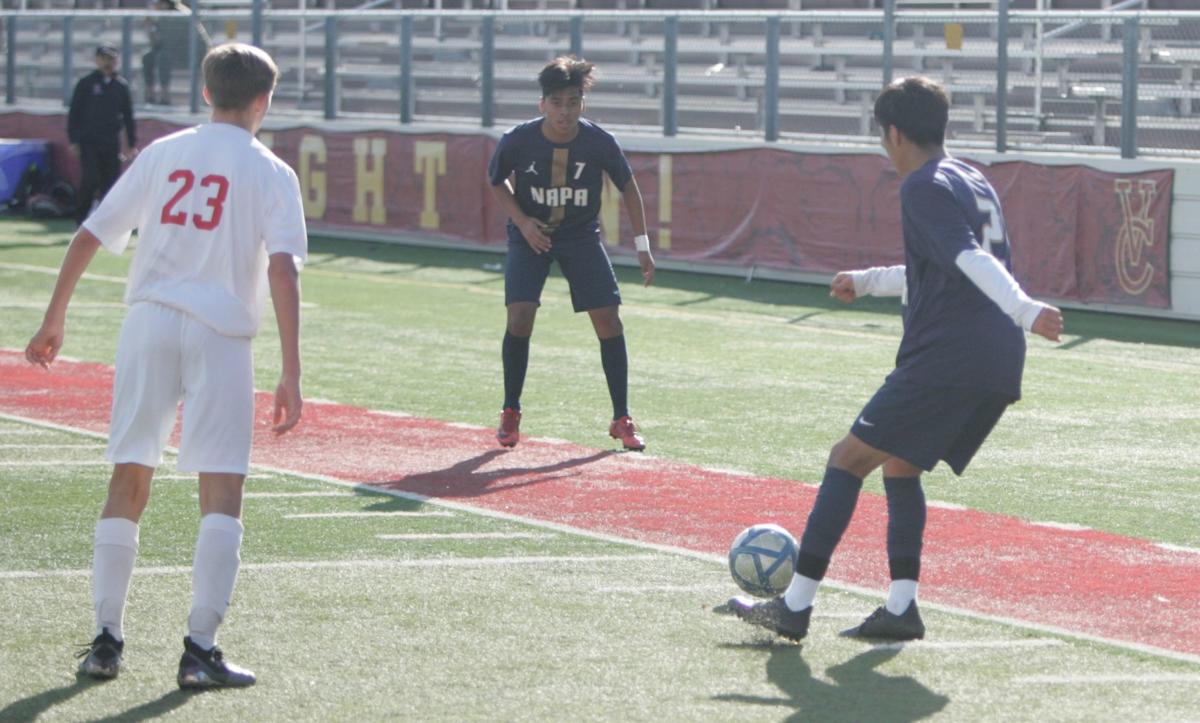 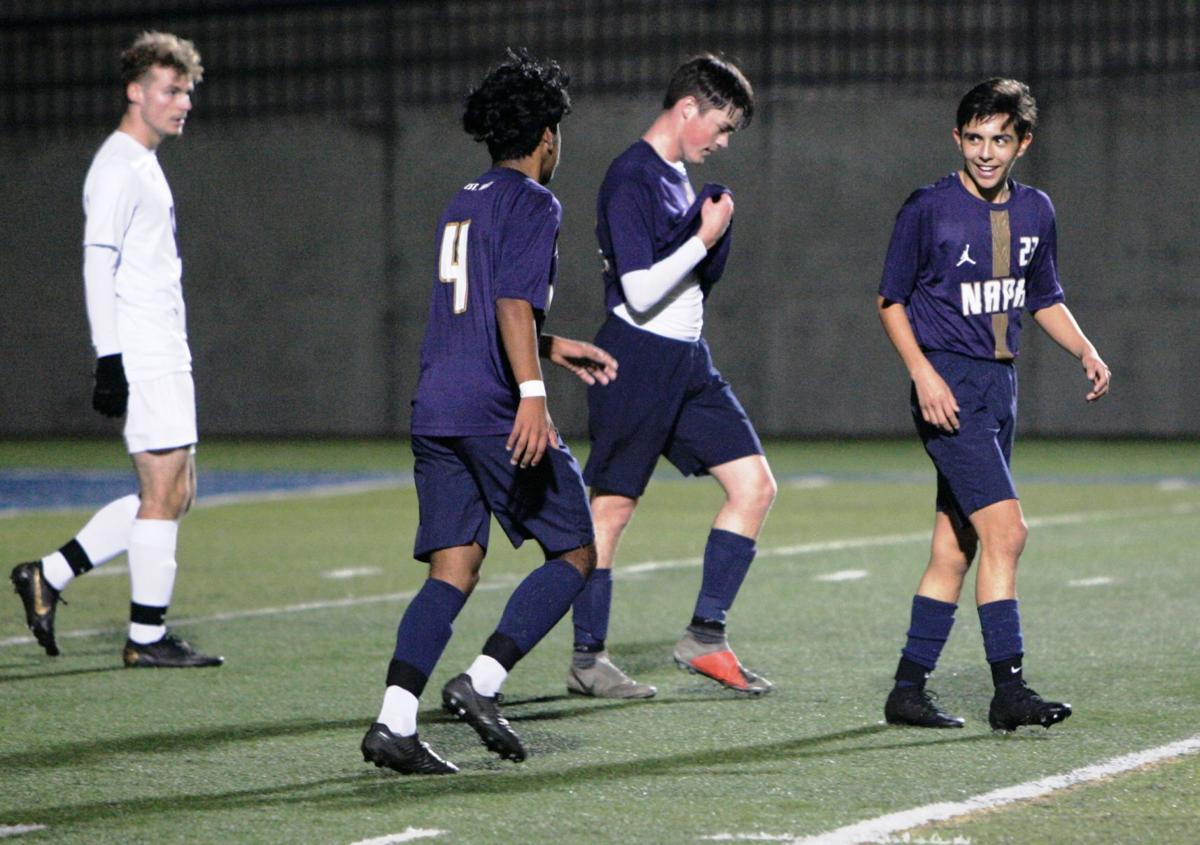 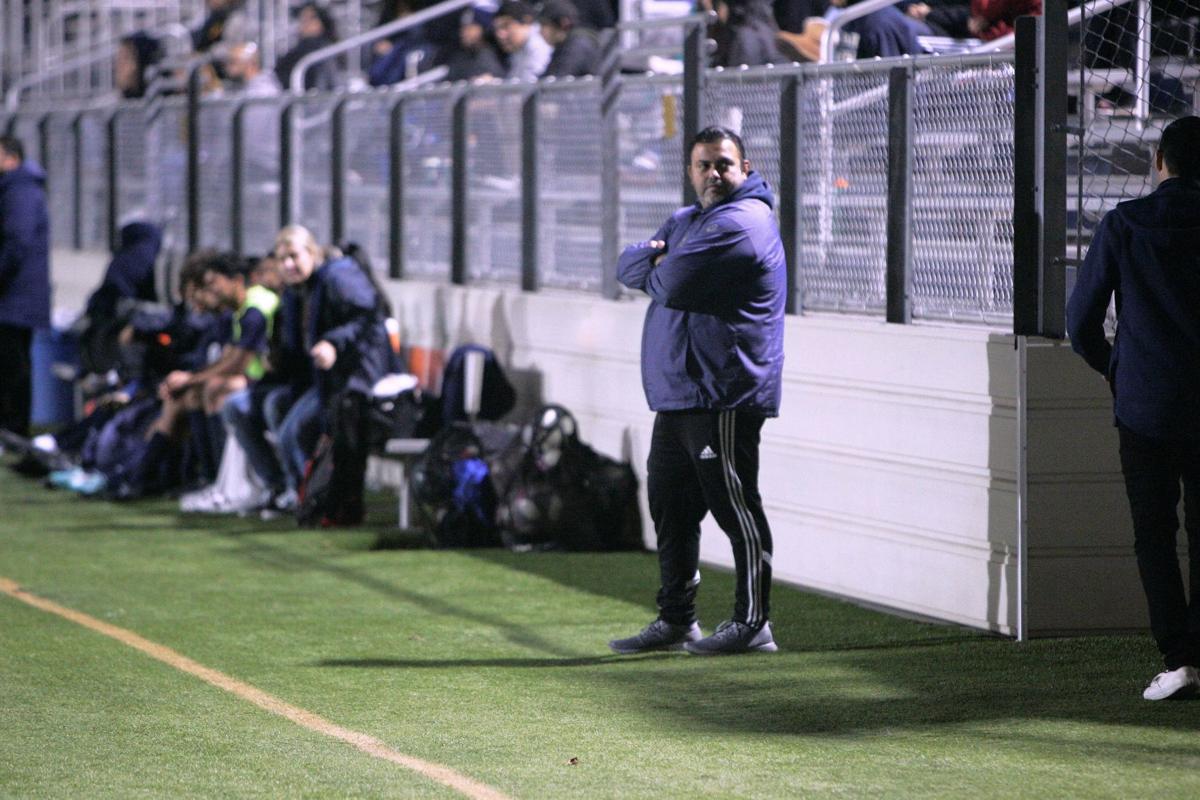 Napa High boys soccer head coach Rafael Ayala is just as proud of his team’s 0-2-1 faring against private schools this season as he is of its 3-0 start against fellow public schools.

After blanking Wood 1-0 in a scrimmage, the Grizzlies (3-2-1) were edged 3-2 by Saint Francis, a member of the high-caliber West Catholic Athletic League, in Mountain View. They then fashioned a 2-2 tie against WCAL member St. Ignatius, before routing former Monticello Empire League nemesis Vacaville 10-1.

Saint Mary’s of Albany then visited Memorial Stadium and stunned the Grizzlies 3-2, scoring the winning goal during injury time. But Napa bounced back with 4-0 shutouts of Heritage and MEL member Armijo.

Playing the private schools close “helps with our strength of schedule because the preseason is equally as important as league,” Ayala said.

The North Coast Section does not pre-determine how many playoff berths the Vine Valley Athletic League will have like the Sac-Joaquin Section did for the MEL. League strength is also a huge factor.

“The WCAL is like the VVAL in that you have teams from Division I, like Bellarmine Prep, to Division III small schools, like Sacred Heart Cathedral Prep, where the preseason is super important and also strength of schedule,” Ayala said. “When our kids and the kids from Justin, Vintage and American Canyon play those teams under the spotlights of the De La Salle, St. Ignatius field or Bellarmine Prep fields, it opens doors because for the longest time we (in Napa County) were always hidden. It gives us a chance to surprise those teams and let them know that we have great kids here, too.

A year after four-year varsity starters Julio Alonzo and Juan Leon graduated, this team is one led by several emerging stars.

“It’s totally different now, which I think is healthy for the program because a lot of these kids can grow from what Julio and Juan left behind,” Ayala said.

“Jason’s twin brother, Edwin, and I were helping Rogelio (Ochoa),” Ayala said of the former Napa High head coach and current Napa Valley College skipper, “and Edwin had to leave. So I told Edwin, ‘Hey, I need an assistant coach that loves the game and a good role models for these young boys.’ He said ‘Take my brother.’ Jason tore both of his ACLs and he was a little down and I brought him over. Their father played for El Farolito.”

Ayala is a guidance counselor at Napa High and admits he leave the X’s and O’s to his assistant coaches.

“I want the players to have a great experience. W’s aren’t what we’re looking for. What we’re really looking for when they leave our walls is for them to become great citizens in our community, they go out and they change the world for the better,” he said. “I’ll trade wins for these kids to go to college and become professionals so they can come and take my job.”

The Grizzlies, who have scored 25 goals and allowed just nine, will host Sonoma Valley in their VVAL opener at 6 p.m. next Thursday at Memorial Stadium.

Even with only four seniors, the Vintage boys soccer team is off to a 5-1 start and has its eyes set on returning to the North Coast Section playoffs.