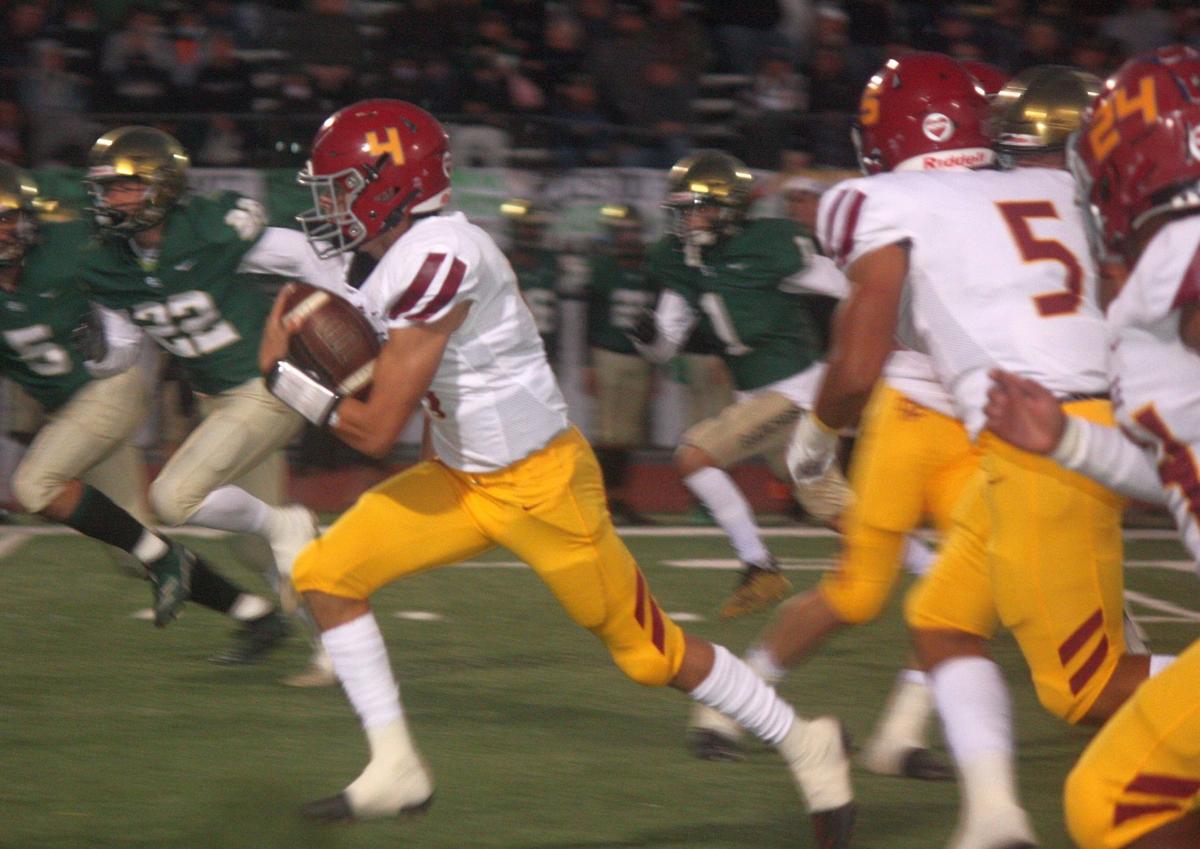 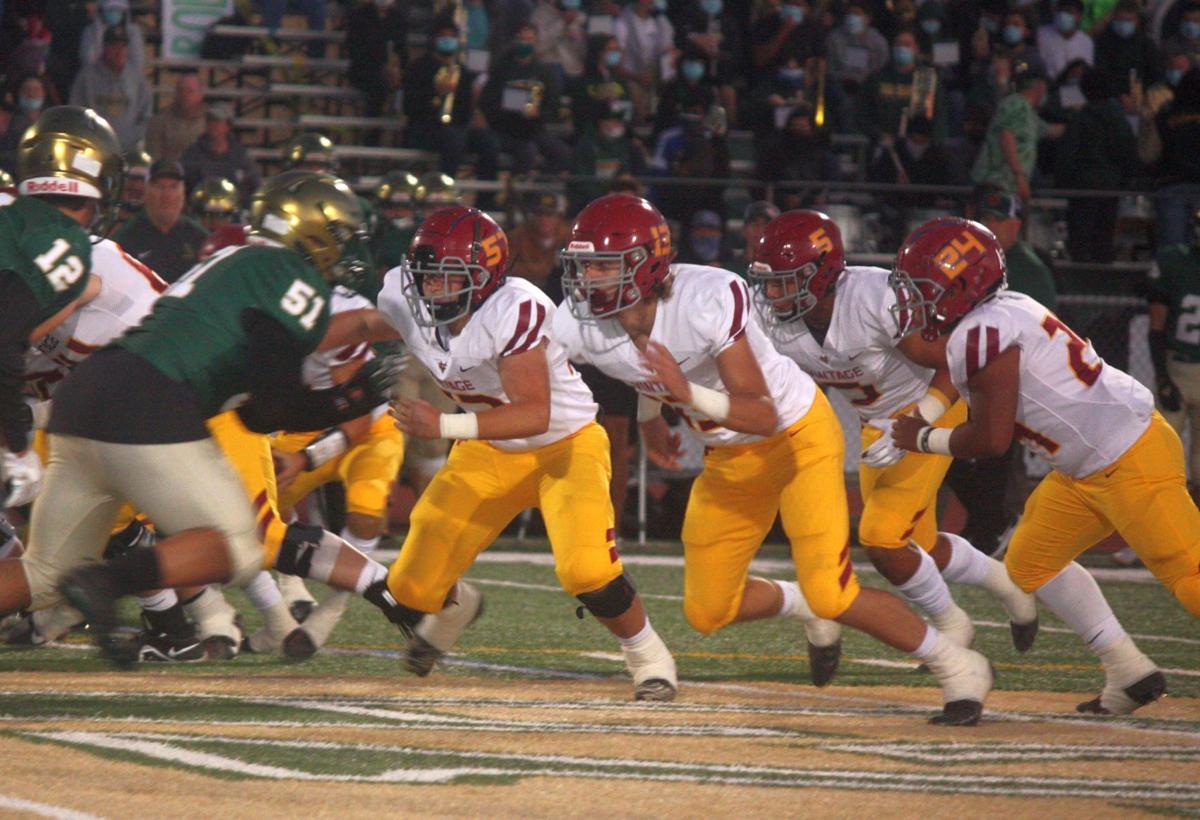 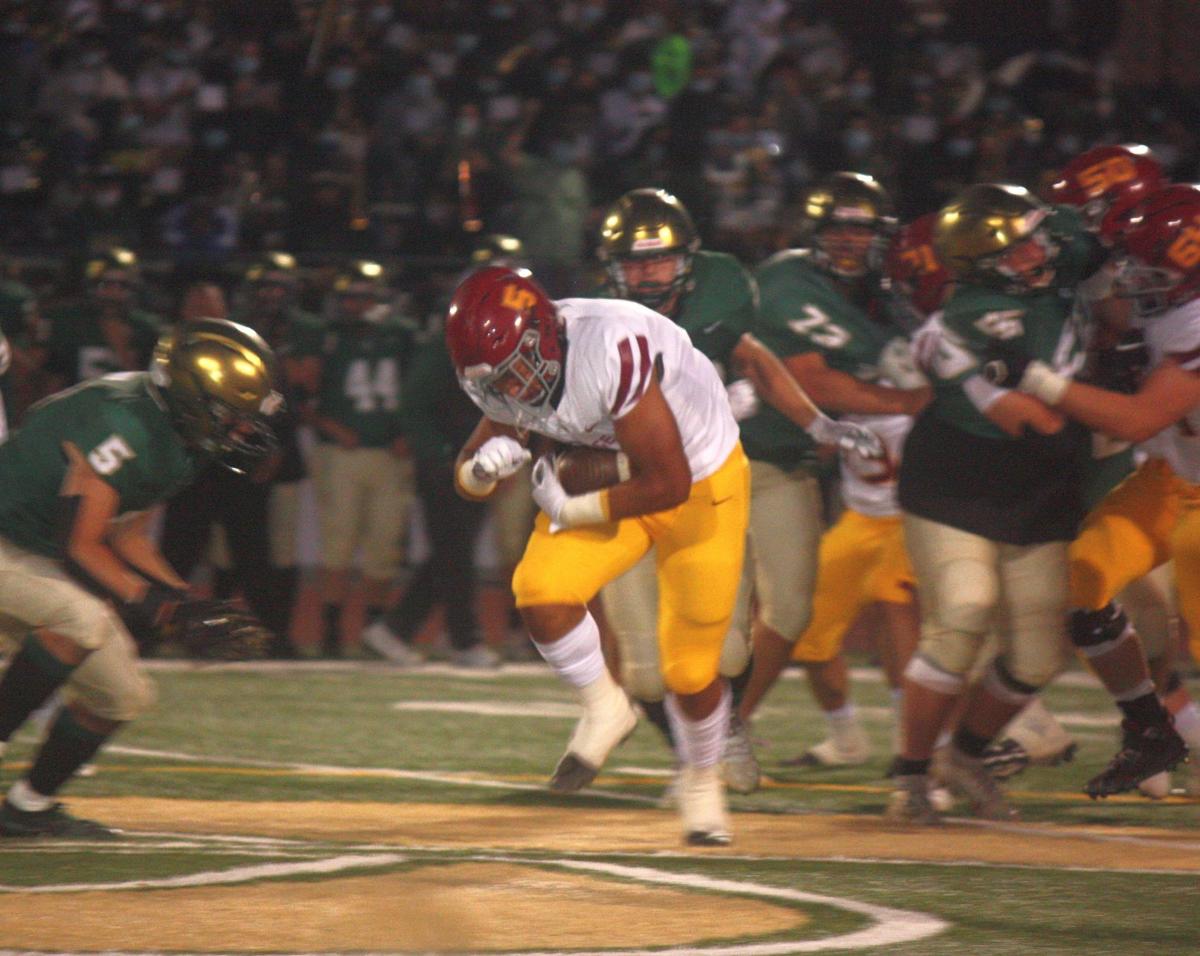 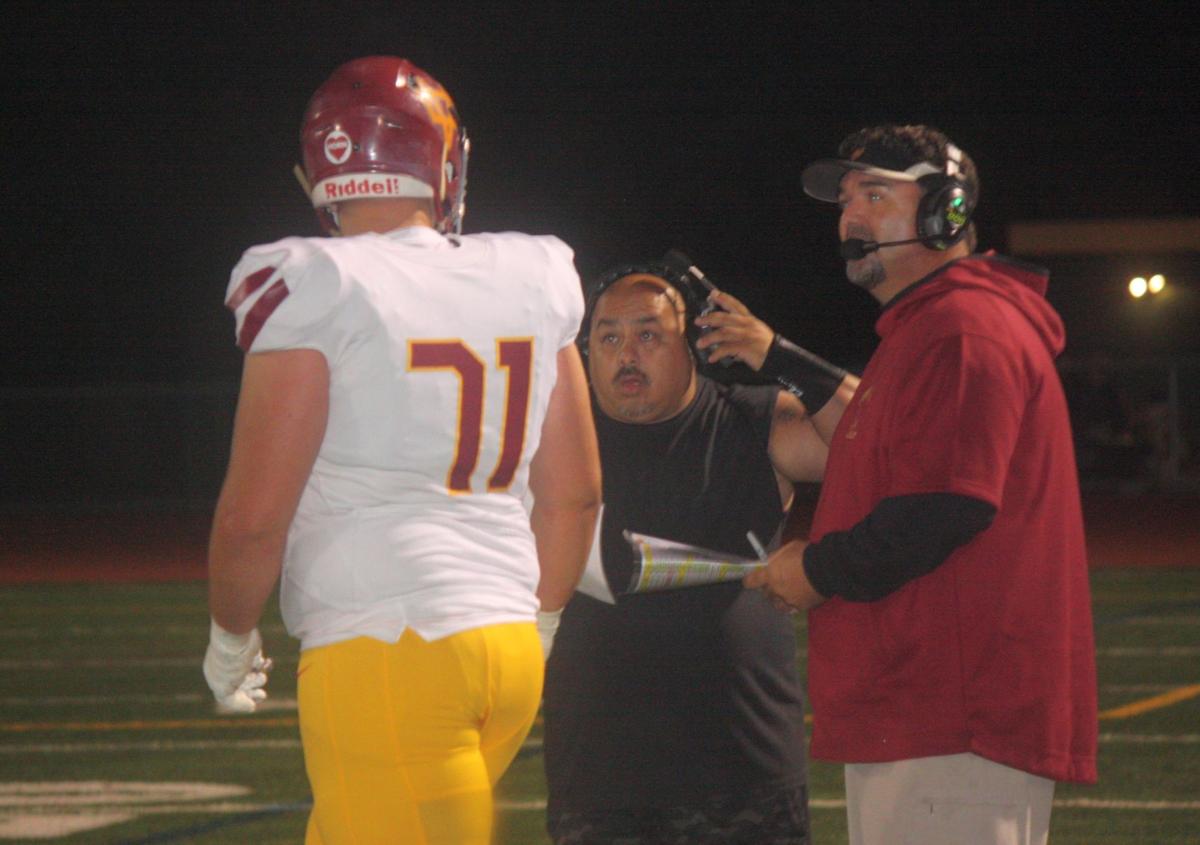 Casa Grande, which passes enough to be a high school version of Air Coryell, made fewer mistakes in the finer points to prevail 46-44 Friday night over a Vintage team that bludgeons opponents with its running game Friday night.

The loss for the Crushers (1-3) in their VVAL opener marks its first league defeat since the VVAL was formed in 2018, snapping an 18-game winning streak against league foes. The Crushers’ stranglehold on the VVAL has been humbled as they get ready to host undefeated Petaluma (5-0) next Friday night.

While the Gauchos (3-1) are in a position that finds them controlling their fate to win the VVAL, Vintage head coach Dylan Leach is in a position to try to convince his team that there are still matters left to achieve.

“I’ll show up in the film room. It’s a matter of who else is going to show up. I’ll be there and so will our staff. We’ll see what kind of kids show up,” Leach said. “This is when adversity hits. Now it’s about, what is your character? Who is going to come back out and do what they are supposed to do? I won’t tell them anything except that I firmly believe that the execution on the field stems from what we do at practice and at school. Until we fix those things, this will continue to happen.”

Casa Grande’s aerial assault struck the entire game, with quarterback Jacob Porteous connecting on 25 of 39 passes for 274 yards, three touchdowns and one interception. Porteous was seldom pressured, in part because he released the ball long before the Crushers’ pass rush could arrive. The Vintage pass rush came mostly in the four-man variety, with seven dropping into coverage. But with Porteous’ quick release, little mattered. Gauchos receivers also gained ample real estate after catches. Rysean Samandwa caught 10 passes for 100 yards and a touchdown, and Shane Runyeon hauled in six passes for 64 yards and a touchdown. Running back Ryder Jacobson had 41 yards on 11 carries and two scores and caught four more passes for 29 yards and a touchdown.

Vintage, enjoyed success of its own on offense, rushing for 328 yards, with quarterback Tytan Bradley tallying 123 yards on 12 carries for three scores. Dylan Smith added 92 yards on 21 carries along with a touchdown. Diego Davis added seven carries for 83 yards and a touchdown.

The game was a back-and-forth affair that featured five lead changes and five ties. The Crushers, however, looked to get the first big break with the game tied 30-30 at halftime. Riley Anderson pressured Porteous on a blitz and forced him to throw into the arms of Vintage’s Ali Johnson, who returned the interception 41 yards to paydirt. Davis added the two-point conversion run, putting the Crushers ahead 38-30 with 10:52 left in the game.

Vintage’s defense forced a Gauchos punt and the Crushers later advanced the ball to the Casa Grande 37. Seemingly in a position to control the game, however, Vintage turned the ball over. The Gauchos answered with the first of two Jacobson touchdowns. He also added the two-point conversions to put the Gauchos in front 46-38. Vintage pulled to within 46-44 on a 1-yard Bradley keeper with 7:19 left, but the two-point conversion run came up short and the Crushers got no closer.

“Let’s give credit to them,” Leach said. “They had a great game plan. We liked our game plan, too, but the end result was in their favor. All of the mistakes that we made and the injuries that we were battling through, it’s hard to come back from that. But the next guy has got to show up. I’m obviously frustrated now, but I’m going to give credit where it is due — to Casa Grande.”

Leach was referring to Smith, Davis and Mosaati Schaumkel leaving the game with injuries, thus limiting Vintage’s offense — and defense to an extent.

The disturbing point to the loss for Vintage was special teams. The Crushers made their life difficult by giving up two returns that set up Casa Grande scores. Those advances put the ball at the Vintage 27- and 30-yard lines. The Gauchos also scored on a 41-yard blocked punt return by Ryan Kasper. The Crushers also had a botched snap on a two-point conversion attempt that failed.

“You just can’t kick it to certain guys,” Leach said. “We seem to kick it to the guys that make a difference. We have to get better and stay in our lanes.”

Defensively, Vintage had no tackles for losses and just one takeaway. Elias Alvarez and Johnson had two impact tackles (gains for 1-3 yards). Nate Materne added one. Davis, Bryce Powers and Jacob Gualberto each had one.

“This game has never changed,” Leach said. “It comes down to running, blocking and tackling. We did not tackle. We had guys in position, they just didn’t tackle.”

Defensively, Esteban Valencia and Mattheson each had a tackles for lost yardage. Carson DeGarmo had two impact tackles, while Matteson had one. DeGarmo also had a quarterback sack, and Trey Sanderlin intercepted a pass.

Who should take over at LSU?

Who should take over at LSU?