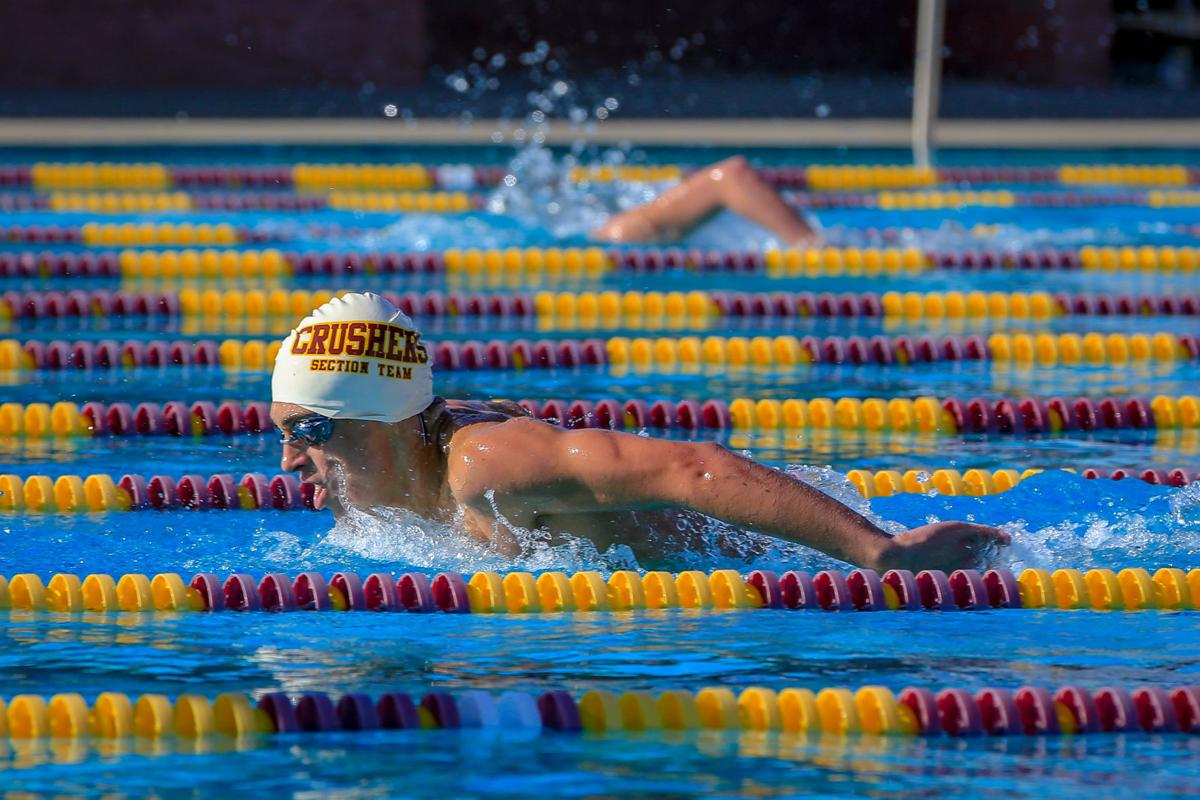 Vintage's Nico D'Angelo swims the 100 butterfly against visiting Napa High during his junior season on March 27, 2019. 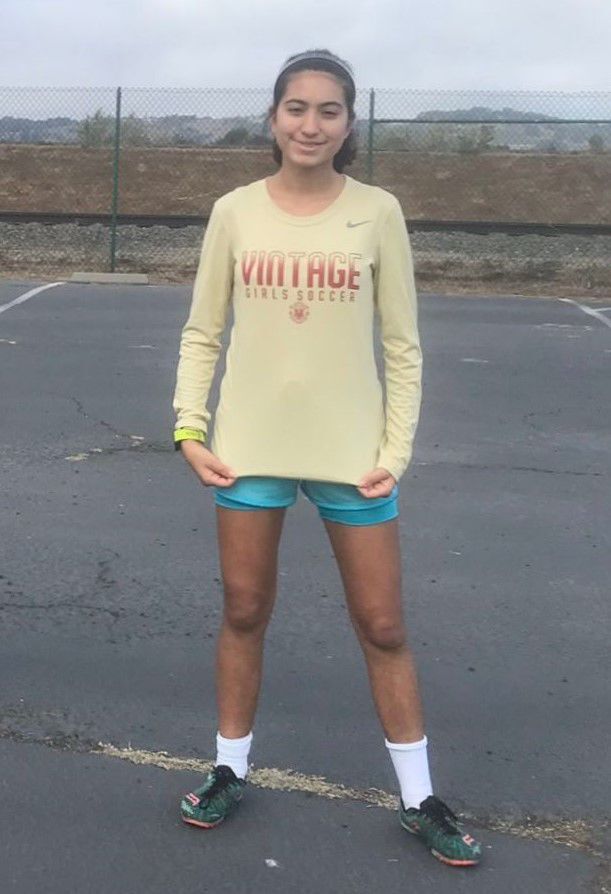 Vintage's Mary Deeik didn't get a chance to qualify for her fourth state meet in cross country, nor for her first state meet in track and field, but dominated the Vine Valley Athletic League.

D'Angelo competed in four seasons each of water polo, where he broke six school records, and swimming.

As a freshman in fall 2017, he helped the Crushers win the Monticello Empire League championship. In 2018, he led them to the Vine Valley Athletic League championship, getting selected to the All-VVAL and All-County teams and as Vintage’s Offensive Most Valuable Player.

In swimming, he competed in the 100 and 200 freestyles and the 100 butterfly in his fourth varsity season. He and the Crushers placed second in the VVAL in spring 2018 and first in 2019, when D’Angelo was named Most Inspirational by the team. Vintage was undefeated before its 2020 season was halted by the pandemic, but this year finished undefeated in the VVAL with D’Angelo as team captain.

Deeik was the first Crusher to qualify for three cross country state meets and would have likely qualified for her fourth this spring had it not been canceled because of the COVID-19 pandemic.

Her highest finish at state was 25th out of 203 girls in Division II when she was a sophomore in November 2018, when the Vintage girls qualified for state as a team for the first time. She was undefeated against VVAL competition the last three seasons, leading the Vintage girls to VVAL titles in fall 2019 and spring 2021.

Deeik also played four years of varsity soccer. The midfielder helped the Crushers improve their league standing by one place each of her first three seasons — from sixth in the MEL as a freshman, to fifth in the VVAL as a sophomore, and to fourth in the VVAL as a junior.

What players are not being talked about enough for the NBA Draft?

What players are not being talked about enough for the NBA Draft?

Napa Valley Teams Remembered: Napa's 1988 champions played for each other

Coaches and players from the 1988 Napa High baseball team look back on how they won their school's first-ever section championship in any sport.

Players and coaches from the Napa High's 1988 Sac-Joaquin Section Division I champion squad remember the late Scott Ruggiero and how he was a role model on and off the field.

Vintage's Nico D'Angelo swims the 100 butterfly against visiting Napa High during his junior season on March 27, 2019.

Vintage's Mary Deeik didn't get a chance to qualify for her fourth state meet in cross country, nor for her first state meet in track and field, but dominated the Vine Valley Athletic League.