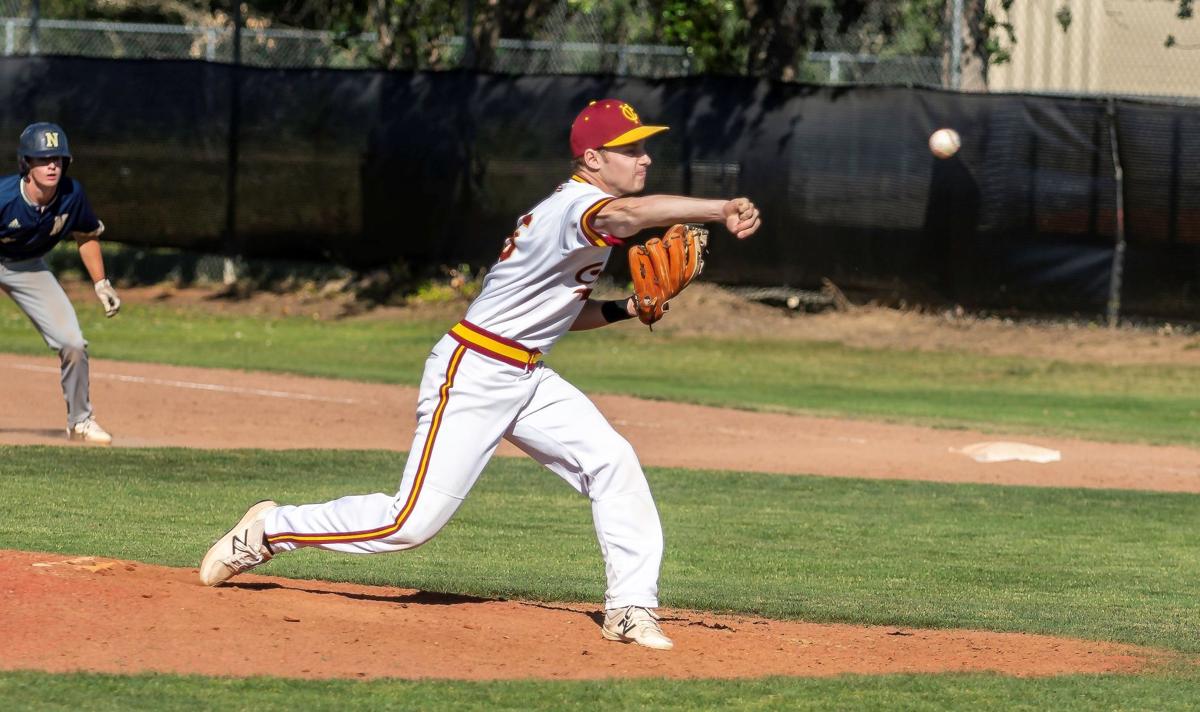 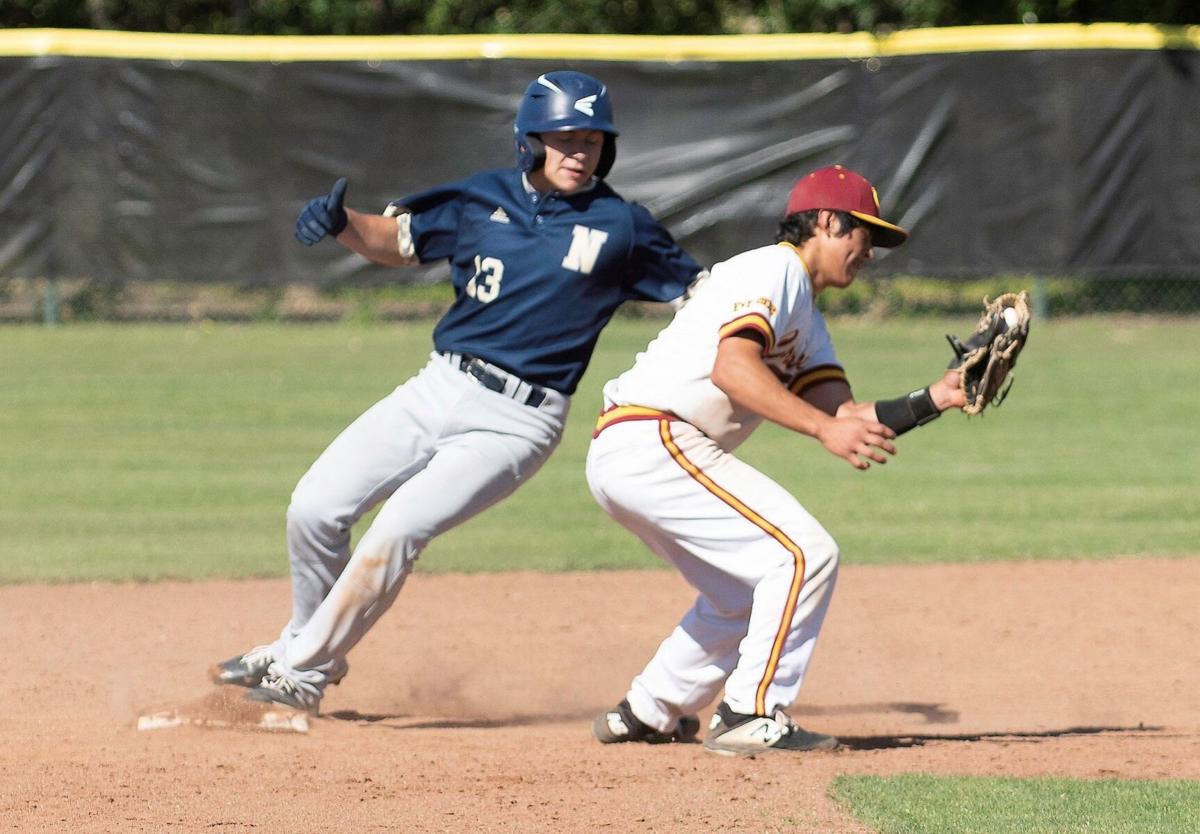 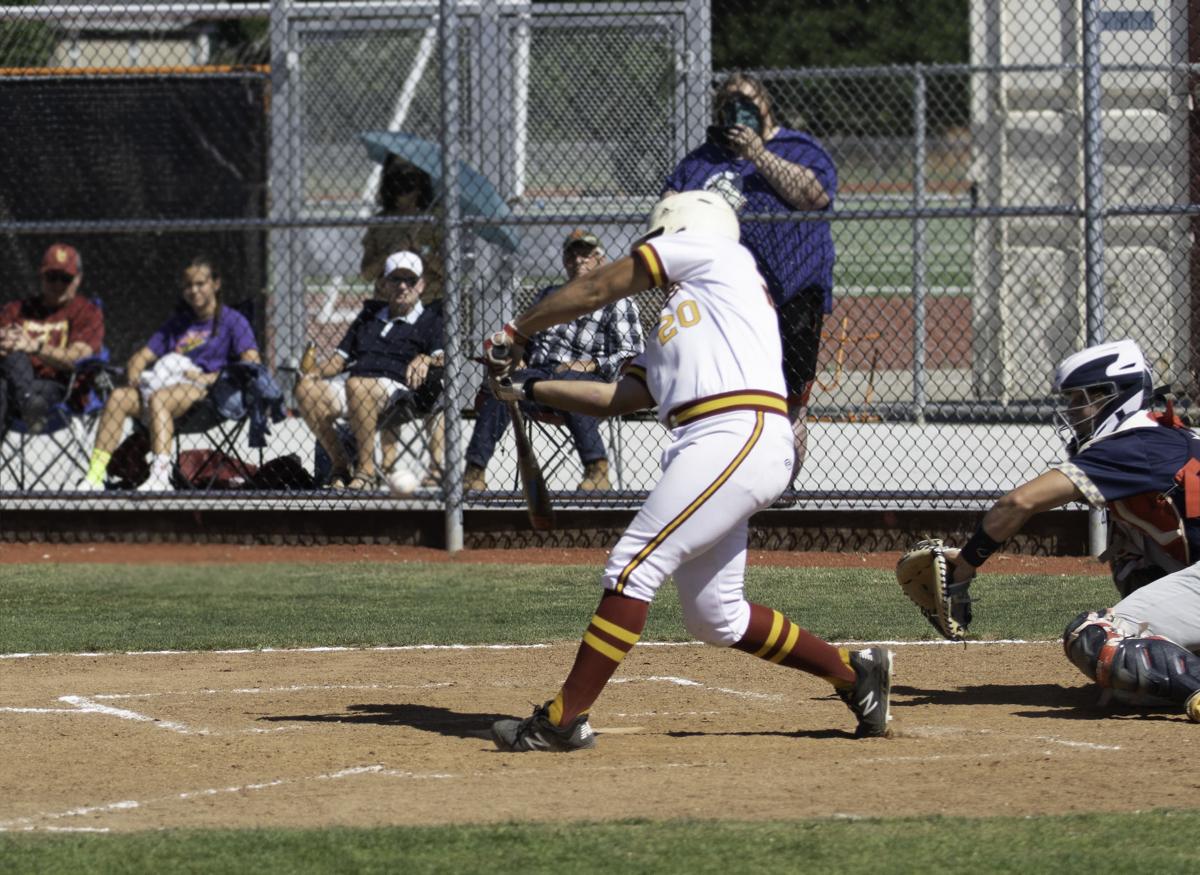 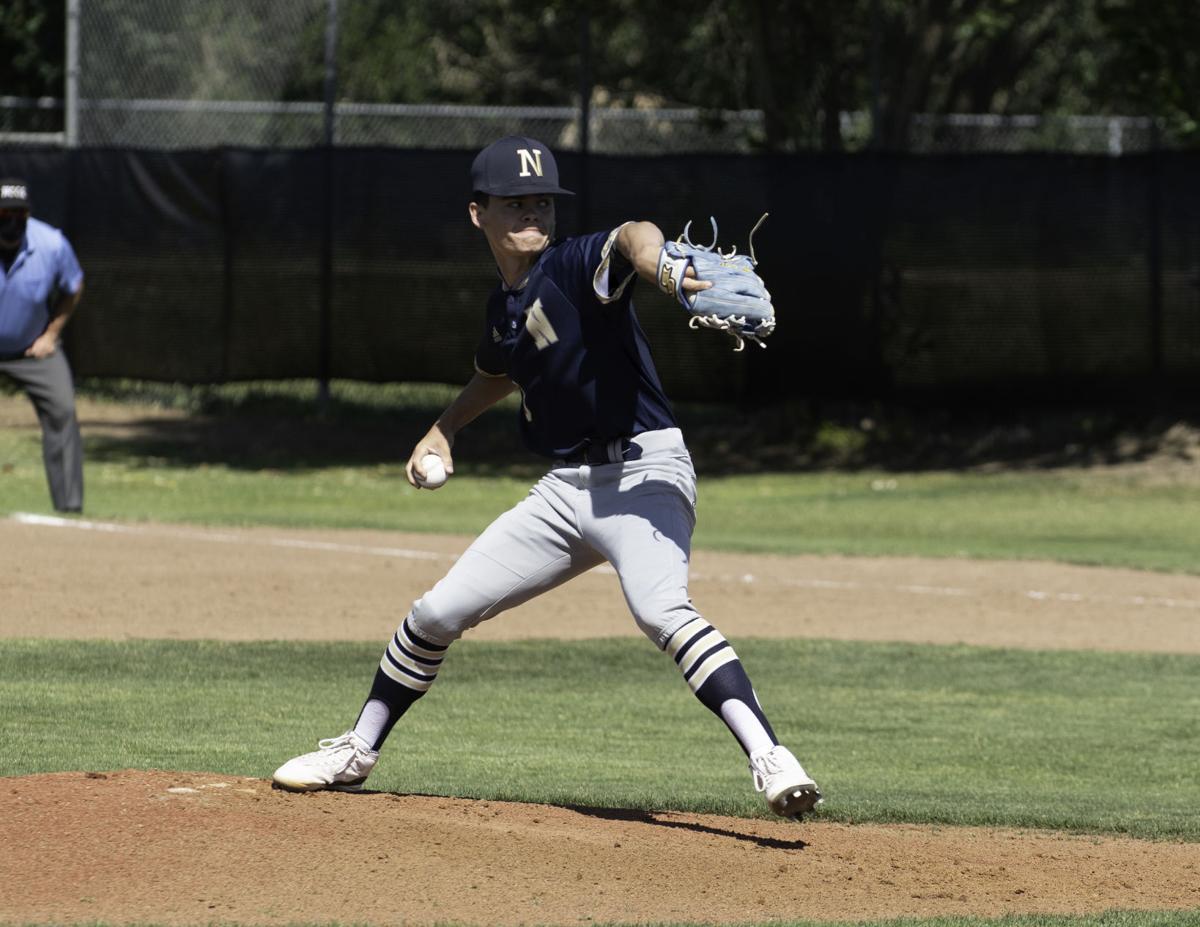 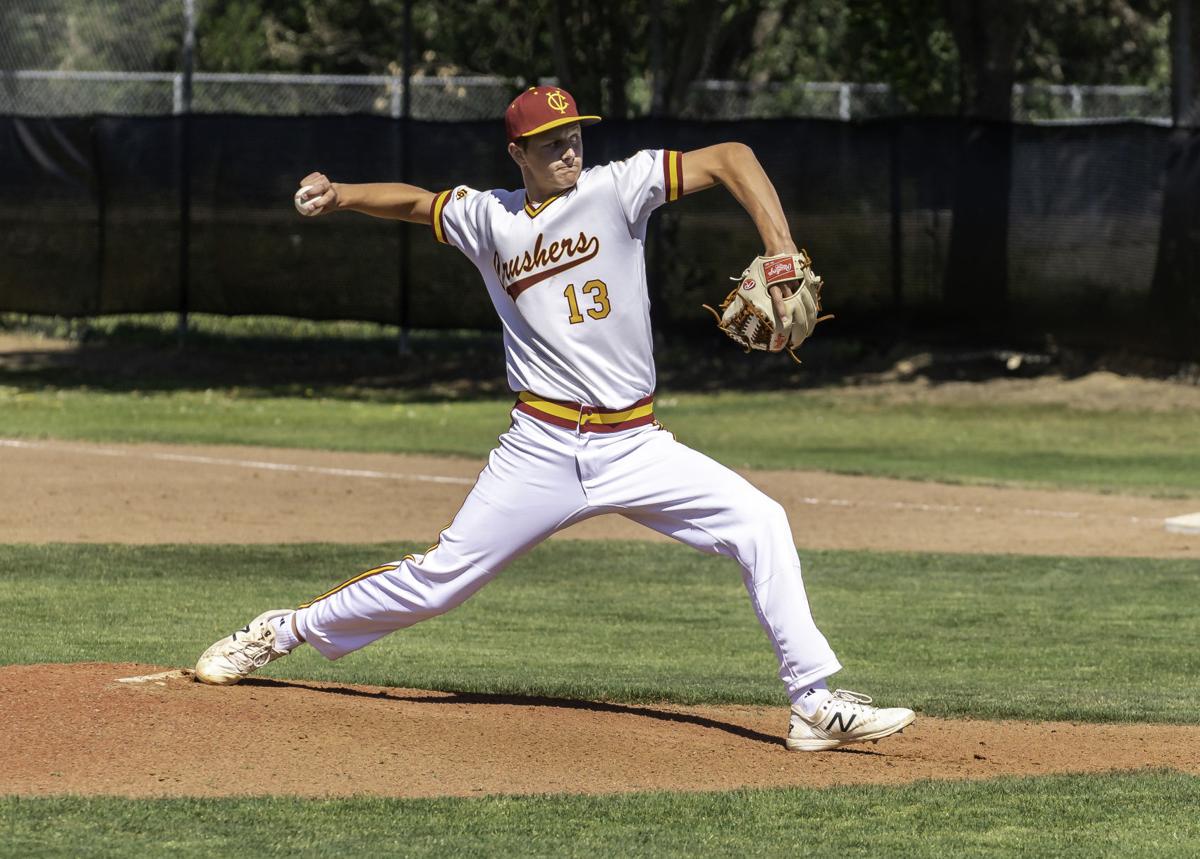 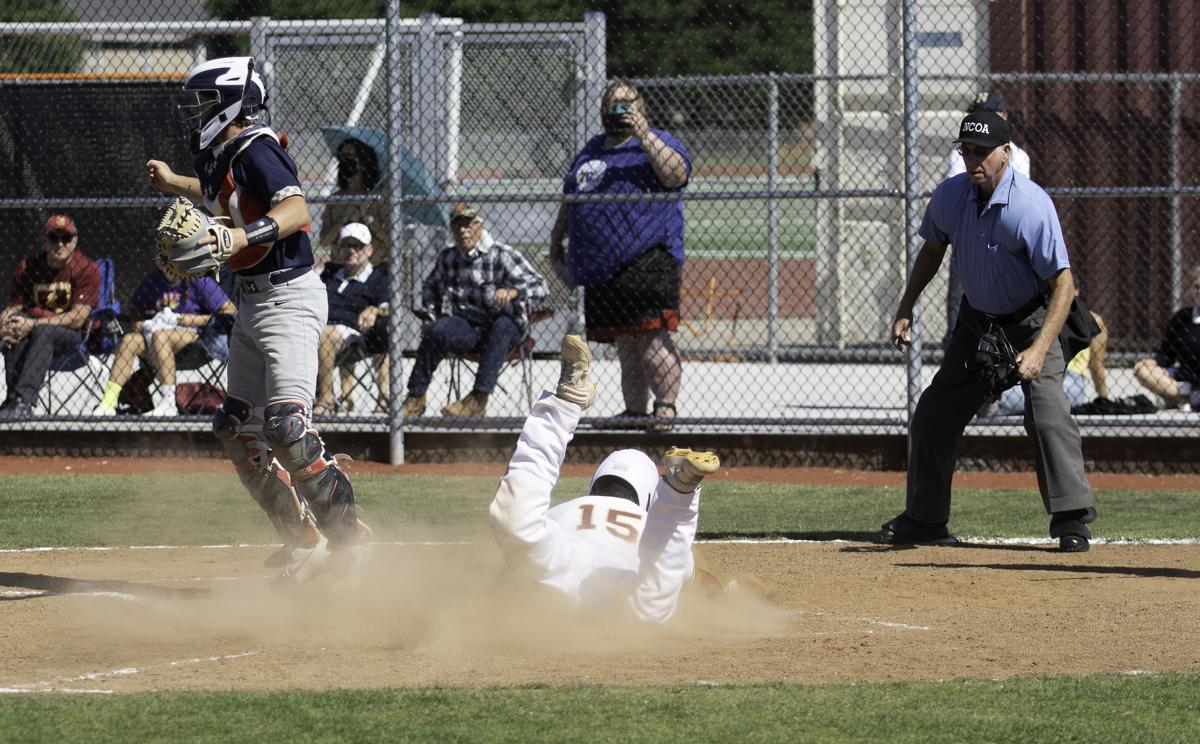 After defeating Vine Valley Athletic League-leading Casa Grande on Saturday afternoon in a nonleague baseball showdown, second-place Vintage only had one team standing between it and a legitimate rematch with the Gauchos on Friday for a share of the unofficial VVAL title.

Napa High gave the Crushers a scare on Wednesday in the second Big Game of the season, but Vintage used Gavin Rabanal’s inside-the-park-home run and some insurance runs to pull away for the 8-3 victory.

“Just is just how we've been all year,” Vintage head coach Billy Smith said. “We got up early, they came back — which we knew they would — and they put the ball in play and made things happen. When you have to face our lineup, pitchers get tired and hopefully we get a couple good at-bats. Like today, Gavin's at bat. Best joy in my life, to watch him as a total team player get rewarded with that kind of a hit.”

The Crushers started the game as well as they could have hoped, as Alex Dehzad blasted a double to center field off Napa starting pitcher Elliott “EZ” Zuidema. Rabanal drew a walk to put two runners on and Davide Migotto sliced a single into right field to score Dehzad. Ian Avalos hit a hard-struck ball that Grizzlies shortstop Connor Ross picked up and threw to second base for a force out, but Rabanal scored from third to make it 2-0.

Vintage was poised to do more damage in the opening frame, but Connor Smith hit into a double play as Cameron Taylor snagged Smith’s line drive and doubled off Avalos at first.

Erik Kvidahl was dealing on the mound for the hosts, however, as the junior racked up multiple strikeouts each inning.

“Erik was awesome. He did exactly what we wanted him to do. He went out and handled them,” Coach Smith said. “He has a heavy ball and you can tell. He had the heavy ball today and we just made a couple bad errors behind him.”

It took until the top of the fourth inning for the Napa High hitters to do any real damage against Vintage’s starting hurler, who finished with 6 strikeouts in four-plus innings of action. After a quick popup to left field, Taylor beat out an infield single and quickly stole second base.

Kvidahl picked up the second out of the inning with another strikeout, but Kaleb Matulich helped the Grizzlies push across their first run. The junior battled Kvidahl and was close to striking out when an unintentional check-swing bunt rolled down the first-base line. Kvidahl rushed toward the slow-roller and swung 180 degrees to attempt a sidearm throw to first base. Matulich beat out the throw and the ball went into the outfield, which allowed Taylor to score from second base to pull Napa High to within 2-1.

As was the case against Casa Grande on Saturday and for most of the season, Vintage had an answer. Avalos opened the bottom half of the fourth with the furthest hit of the afternoon, a ground-rule double 395 feet to the deepest part of the yard. Anywhere else in the park the ball would have found itself on the other side of the fence. Smith hit a single to left center to push Avalos over to third base, before Jorge Lopez-Rios hit a sacrifice fly deep enough into center field to score Avalos and make it 3-1.

Napa had its best inning in the fifth. With one out, Calvin Snider took first base after being hit by a pitch. Zuidema then helped his own cause by slapping a single to right field and stealing second base. Dylan Snider then hit a ball at the Vintage shortstop, whose throwing error allowed both Snider and Zuidema to score and tie the game 3-3.

“Elliott plays with us during the summertime and I know the heart he has and the way he competes,” Coach Smith said. “He got on a roll, he gave up the two early runs and then, I think he went six (strikeouts) in a row on us. EZ loves the game and that’s why it is so fun to coach that kid. He competed and kept the game close. That’s what his job was, to keep it close and he did that.”

Reid McCaffrey came into the contest for the Crushers in a tough situation and got them out of the jam for the second straight game. McCaffrey used a ground-ball fielder's choice and a popup to right to exit the inning.

“This is kind of our Groundhog Day,” Napa High head coach Jason Chatham said. “If you've seen the movie ‘Groundhog Day,’ where you're getting the same day after day and you know Bill Murray takes a few days to kind of figure it out and at some point starts to take advantage of Groundhog Day.

“We haven't gotten to the point where we're starting to take advantage of it, because we know what this day looks like and we've seen it for the past 2½ weeks. The story is, we're getting good pitching and our pitching is competitive, and we're making key errors in key spots that lead to runs, and we're just not getting those hits.”

After Napa tied the game in the top of the fifth, the bottom half was about the wind and the Crushers’ smashing bats. Dehzad led off the inning with a blast to deep center that dropped in front of the outfielder, but the ball was bobbled and Dehzad reached second.

The wild was gusting heavily in the inning and Rabanal used it to his advantage, as the senior launched a deep fly to almost the fence. The Napa outfielder raced for the ball and barely missed the ball as it rolled around near the wall. Rabanal rushed around the bases for his inside-the-park homer that made it 5-3.

“Then there's a couple pop-ups and ground balls that we just didn't ... we just didn't make the play,” Chatham said. “It's tough because, obviously, we practice stuff and our kids work so hard and they're not making mistakes out of lack of effort or lack of knowing what to do. I think we're just going at 110% and we're on that line between being overly aggressive at times. I think we just made a few mistakes and that we overran those pop-ups. Then, offensively, we just got to swing it. I mean, we did a really good job of getting aggressive on the bases for the most part. We got guys in the scoring position, but we have to just drive them in.”

Vintage would add three insurance runs in the bottom of the sixth from the bottom third of its batting order to slowly push its lead to 8-3. Austin Whitehead took the ball from McCaffrey in the seventh frame. After allowing a leadoff single to Calvin Snider, the junior punched out the next three Grizzlies hitters to secure the victory.

The Crushers head to Petaluma on Friday to take on Casa Grande. Napa was to welcome Windsor on Thursday for a nonleague game, and then visit Sonoma Valley at Arnold Field at 7 p.m. Monday.