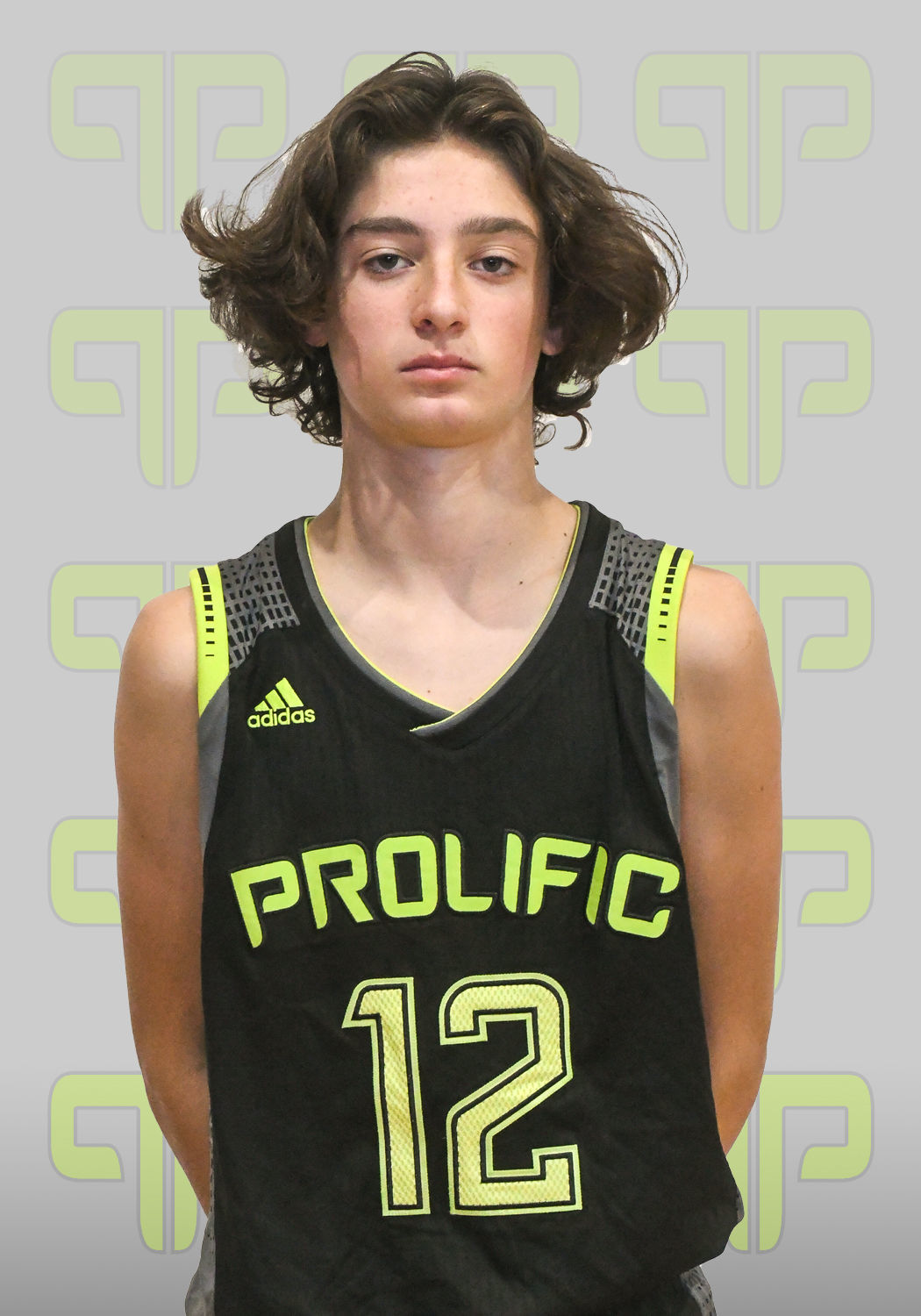 About four months ago, Jackson Corley was hooping with St. Helena High at summer league at Napa Valley College. The 6-foot-1 guard weighing in at around 135 pounds was one of the stars of the Saints JV team as a freshman last winter and was working over summer to carve out a role for himself on the varsity team as he entered his sophomore year.

But about a month ago, Corley traded in his red and white colors for the black and neon green of Prolific Prep, transferring to the nationally-ranked basketball academy in Napa in hopes of chasing his dream of becoming a Division I college basketball player. Local players from the Napa have suited up for The Crew in the past but Corley is the first from the Upvalley.

“I love St. Helena,” said Corley at Prolific Preps media day at Napa Christian last Monday. “I love all the people and all the coaches but I definitely felt like coming here would help me get further in basketball and get where I wanted to be. No knock against St. Helena, it’s a great school and has great teams but I just knew that I couldn’t pass up this opportunity.”

The opportunity arose over the summer when Corley was actually weighing transferring to another prep school on the East Coast. He wanted to pursue his basketball dream but the prospect of going across the country to do so was daunting. Luckily for him, his family is close with Prolific Prep co-founder and director Jeremy Russotti since Corley has been attending the program’s summer camps the last few years.

“They mentioned that he was going to be transferring out of town to another prep school and they asked me some advice and I said, ‘Well, does he want to leave?’ They said no, and I said ‘Well, hey we’re family. I know you guys,’” Russotti said at media day. “But only if he’s really leaving – I would never want to take a player from the community and take him away from his town. But they assured me that he was going to another prep school on the East Coast and I said ‘Well, if that’s the case and he wants to stay home, we’d love to have him.’”

Corley has been with the program for just about a month. It’s a world of difference going from playing North Central League I JV competition to matching up with some of the top high school players in the country, but Corley is sticking tough and learning all he can.

Prior to breaking off for interviews at media day, Corley actually got to run with some of The Crew’s starters, nearly all of whom are older and tower over the still growing sophomore, during a team scrimmage. Corley held his own.

“Today I threw him on the starting group,” said first-year Prolific Prep head coach Joey Fuca. “I subbed him in for one of our five-star kids and he knocked down a couple threes. Jackson has really proved a lot of us that he can play. So we’re really excited about him.”

While the staff at Prolific see his potential, Corley still has a ways to go before he’s ready to compete in games with The Crew. Corley said that the staff has discussed with him taking this season as a redshirt year to get stronger and more comfortable with the skill level. Even if he doesn’t see much or any playing time this year, that’s alright with him.

“That would be a lot better than trying to throw myself in there,” he said. “I’m definitely glad that I have that option.”

At this point, he’s still taking in being around the caliber of talent he finds himself surrounded by daily.

“When I first came in and I saw, like, Saba (Gigiberia), he’s 7-1 and I’ve never been around someone that tall," he said. "I was just amazed. Then seeing (five-star prospects) Jalen (Green) and Nimari (Burnett) walk in, because I’ve been idolizing these guys for so long, and then just being able to see them and be on the same team as they are is crazy.”

Burnett, a senior, also arrived at Prolific as an unranked and undersized sophomore but has developed into a top-25 player in the country over the last several years in Napa. He knows firsthand the kind of growth that one can find playing in the program and said he thinks Corley transferring was the best thing for him if he’s truly committed to becoming the best player he can be.

That likely won’t happen right away and Corley said he understands that, but the more time spent in the program playing against upper echelon competition even in practice will help him improve in all facets of his game.

“We’ve had kids like him that have grown in the program,” Russotti said. “You look at some of them when they’re young and then a couple years alter they’re just huge and they put on all this muscle. When you’re around guys like this, good things will happen. If somebody wants to maximize who they are, then this is the place to be. Now, that doesn’t mean that they’re going to become an NBA star and it doesn’t mean Jackson is going to become a Division 1 player, but he’s going to be in any environment that’s going to maximize what he’s going to be.”