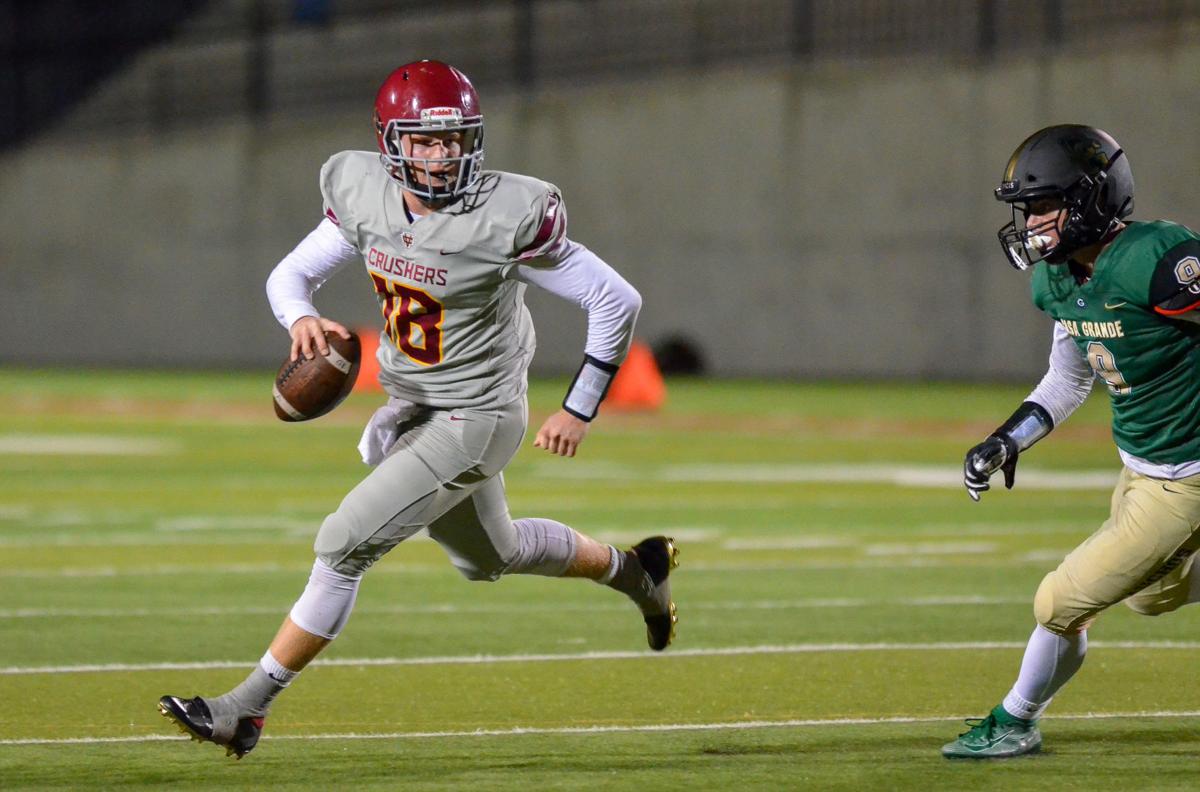 Vintage quarterback Jacob Aaron scrambles away from Casa Grande's Aaron Junnila during a game in Sept. 2019. 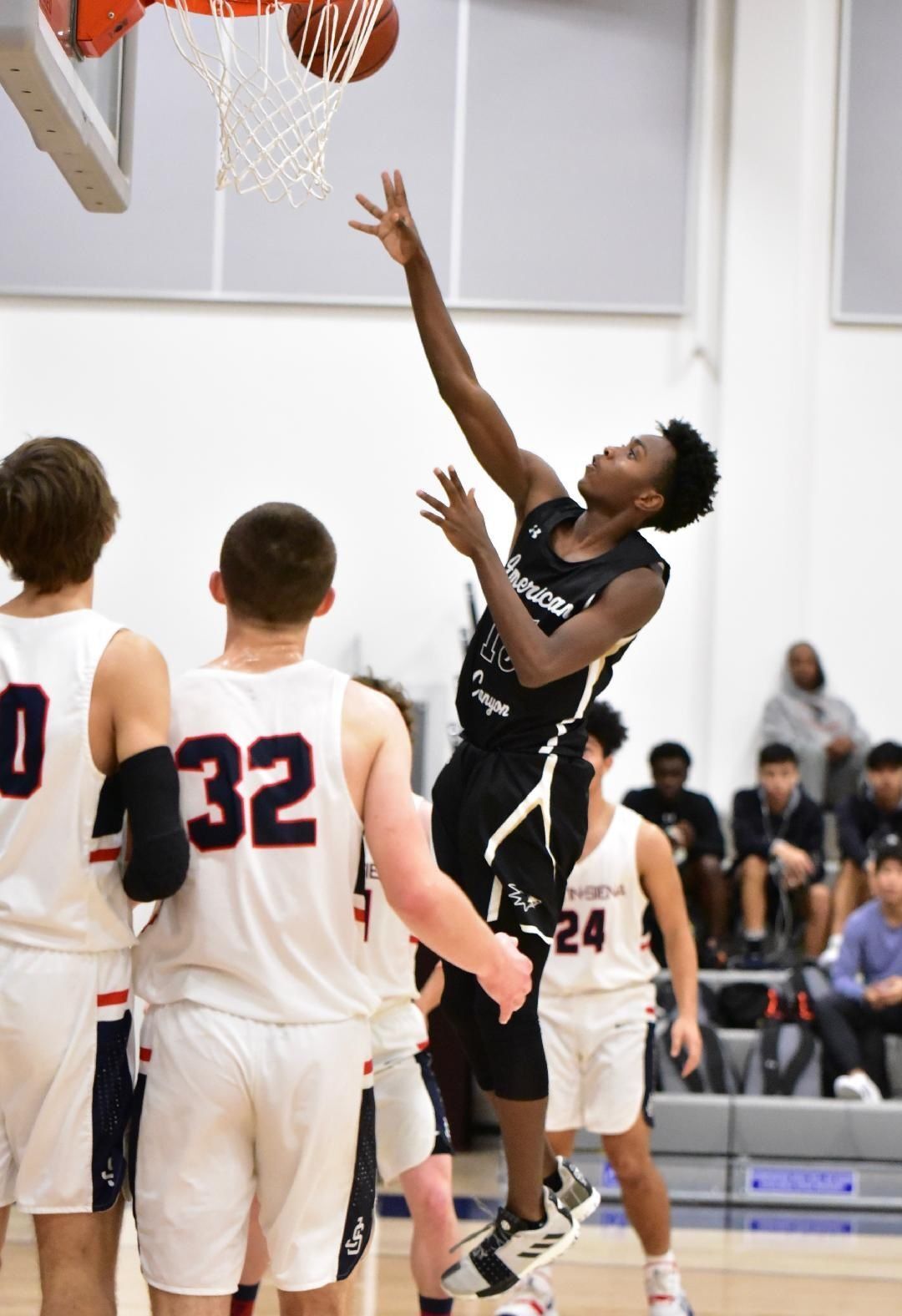 American Canyon's Gabe Patrick scores with a spin move against Justin-Siena in Dec. 2018. 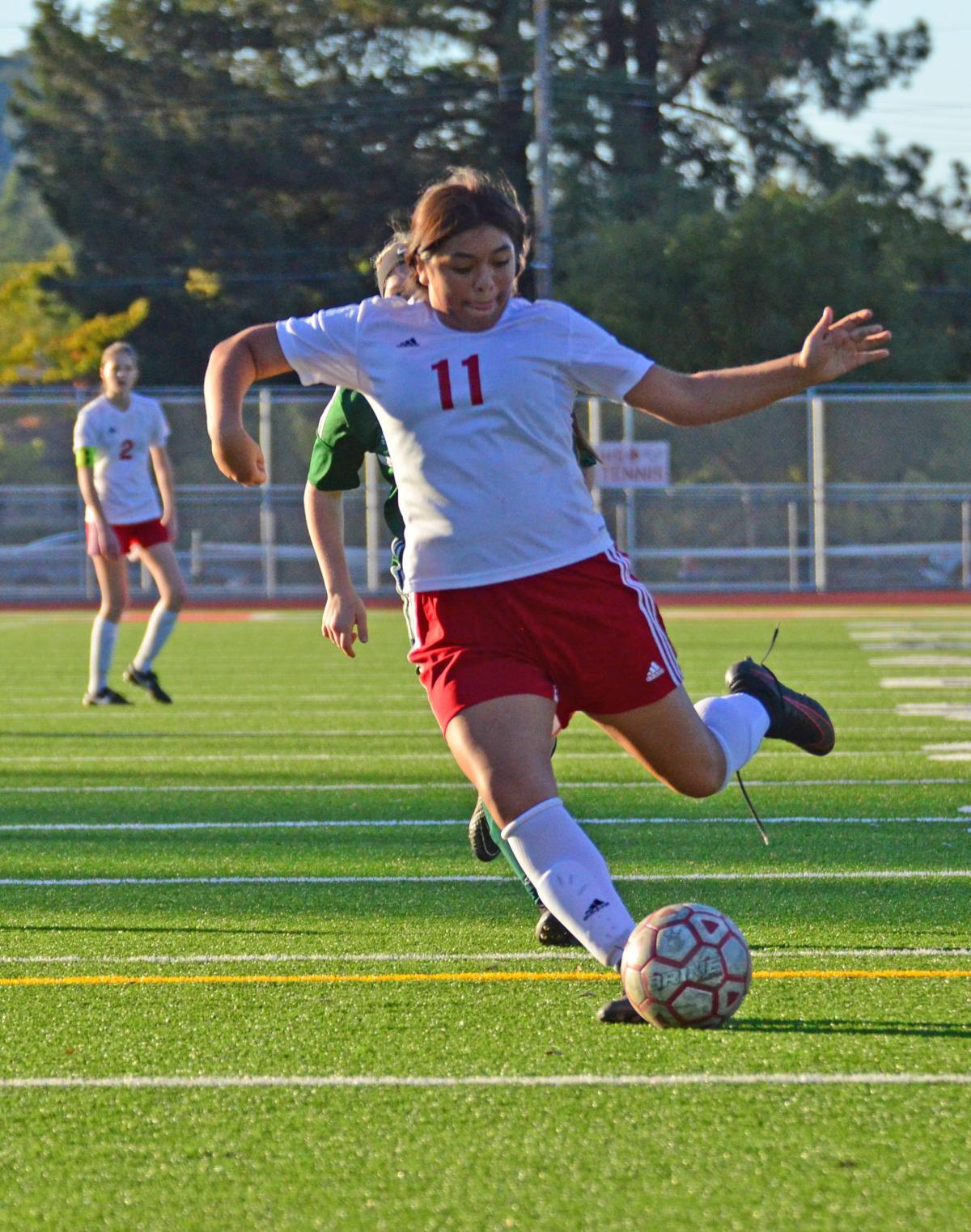 Heading into his senior year, Aaron has already had a prep career for the ages.

The dual-sport star has led the Crushers to new heights on the gridiron and the golf course for the past several years.

When the football season begins again, Aaron will be entering his third year as the Crushers starting quarterback. Vintage has done nothing but win with the 6-foot-1, 195-pound quarterback leading its offense, compiling an overall record of 20-5 in the last two seasons, highlighted by consecutive undefeated league title runs in the Vine Valley Athletic League.

Aaron’s junior golf season was cut short this past spring before he got a real chance to build on his elite sophomore season in which he was named the VVAL Player of the Year and qualified for the NorCal Tournament after winning the North Coast Section Division I Tournament.

Months before his stellar sophomore golf season, Aaron was a second-team offense selection for football in the VVAL when he finished the year with 689 passing yards with 9 touchdowns and 371 rushing yards on 69 carries with 3 more touchdowns, leading the Crushers in a 6-0 league record in the VVAL’s inaugural season. The Register named him the County Male Athlete of the Year for the 2018-19 school year.

His junior year was off to an even better start in 2019-20 as he once again led the Crusher to a 6-0 league title in the VVAL and another deep run in the NCS playoffs. As signal caller, Aaron completed 37 of 80 passes for 684 yards, 9 touchdowns and 4 interceptions – in an offense that ran three times as much as it passed – and ran 61 times for 359 yards and 10 touchdowns. He was also a standout on the defensive side of the ball, where, as a safety, he had 20 solo tackles and 7 assists, and was tied with two others with a team-high 2 interceptions.

Aaron is also starting to garner some well-deserved attention in football after flying under the radar for the past two seasons. MaxPreps recently listed him in their article titled “West high school coaches select most overlooked 2021 football recruits.”

Patrick, who will be entering his third varsity season with the Wolves, is in line to be one of the better players in the VVAL this upcoming season.

The 6-foot-3, 160-pound wing has primarily played a supporting role behind players like Oliver Aandahl and Sam Johannessen for his first two years with the Wolves, but he’ll likely step into a larger role as a senior with the aforementioned players now graduated.

Patrick was not only one of American Canyon’s top scorers as a junior but also emerged as a top defensive stopper. In six games of recorded stats, he averaged 12.5 points and a team-high 5.2 rebounds with 1.5 steals and 1.3 blocks per game. For his efforts, the Register chose him as a finalist for the County Boys Basketball Offensive Player of the Year.

More recently, Patrick was recognized by prephoops.com as a prospect to watch from Napa County for the 2020-21 season.

The Wolves finished last year with an overall record of 12-11 with a fourth-place finish in the VVAL at 7-5 and missed the playoffs in the extremely competitive NCS Division II. While still without an NCS playoff appearance in the two years since switching over from the Sac-Joaquin Section, the Wolves have been in the mix for a postseason the past two years and will likely be in the running for a spot again this upcoming season.

Almanza has been a consistent contributor for the Saints varsity soccer teams since her freshman year.

In her first prep season, she scored 2 goals and dished out 3 assists for the Saints who went 11-3 overall and were one of the top teams in the North Central League I, earning her honors as a finalist for the County Girls Soccer Newcomer of the Year award.

As a sophomore, she scored 6 goals, third-most on the team, and had 2 assists for the Saints who went 10-4-4 overall and once again finished in the top half of NCL I teams.

While stats weren’t available from her junior season last fall, Almanza scored a key second-half goal for the Saints in their penalty-kick shootout win in the NCS playoffs. She was also an all-league honorable mention selection for the NCL I as the Saints went 12-6 overall and 10-4 in league.

The Saints will return a deep and talented team this upcoming season and Almanza should once again play a big role, especially as a senior.

Watch now: How to properly wear and wash your cloth face mask

Reopening in person school is up to all of us

Letters: Follow the rules, bring the virus under control.

Vintage quarterback Jacob Aaron scrambles away from Casa Grande's Aaron Junnila during a game in Sept. 2019.

American Canyon's Gabe Patrick scores with a spin move against Justin-Siena in Dec. 2018.