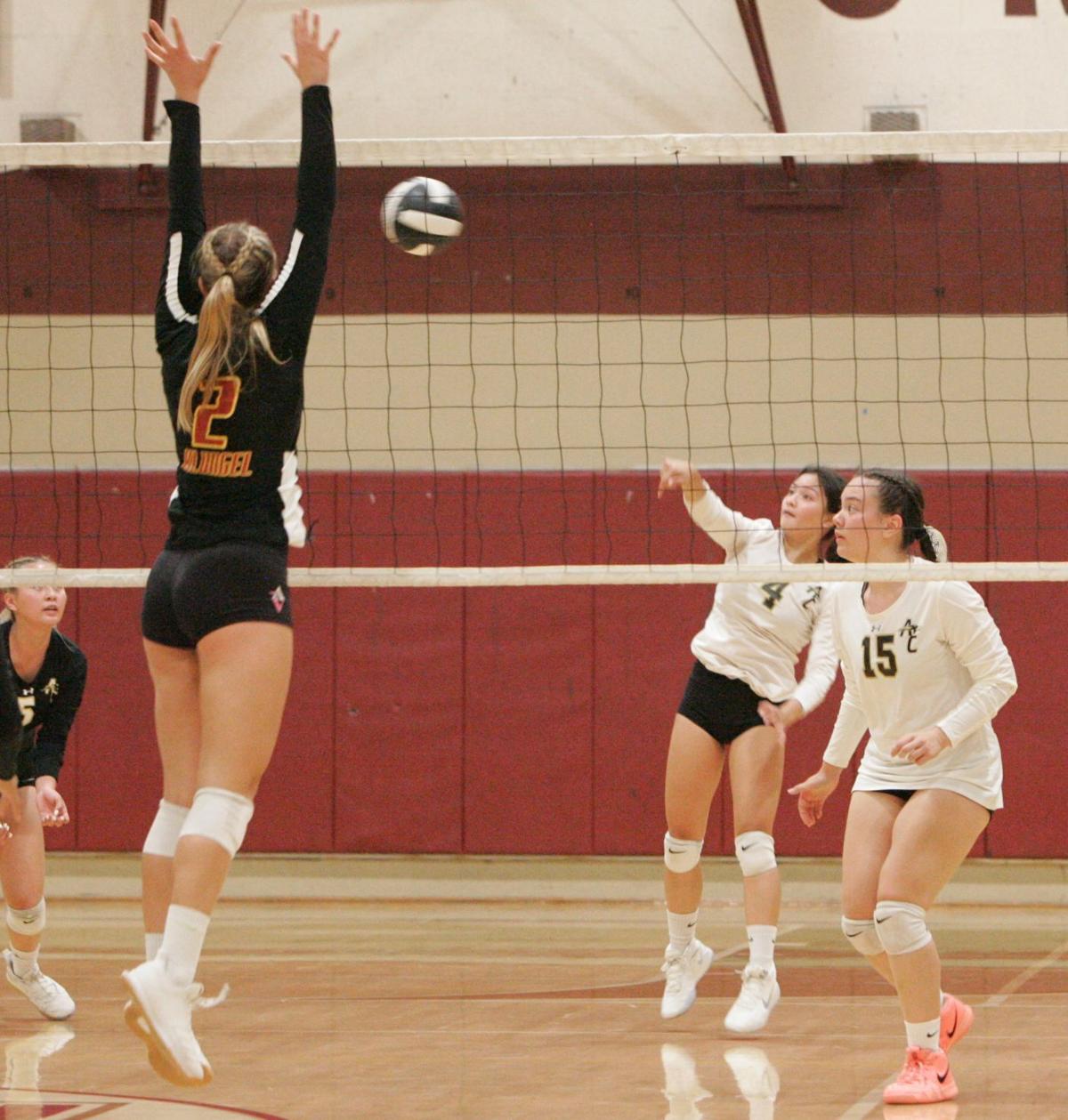 American Canyon's Caytlin Capulong (4) hits from the back row in a Vine Valley Athletic League match at eventual league champion Vintage on Sept. 26, 2019. 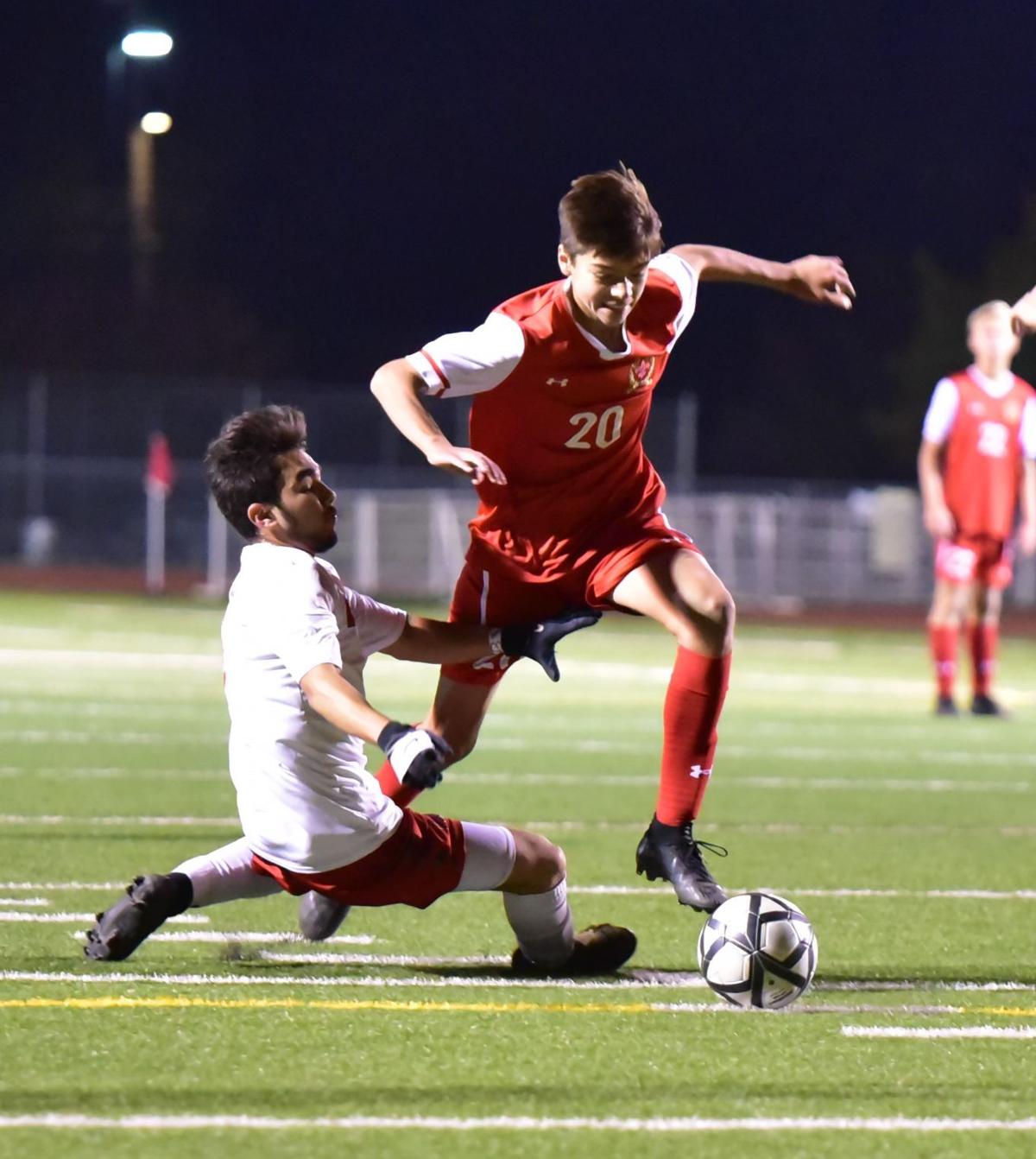 St. Helena's Raphael Nadalie hurdles a visiting Eureka defender during the Saints 4-1 win over the Loggers in the North Coast Section Division 1 playoffs in November 2019. 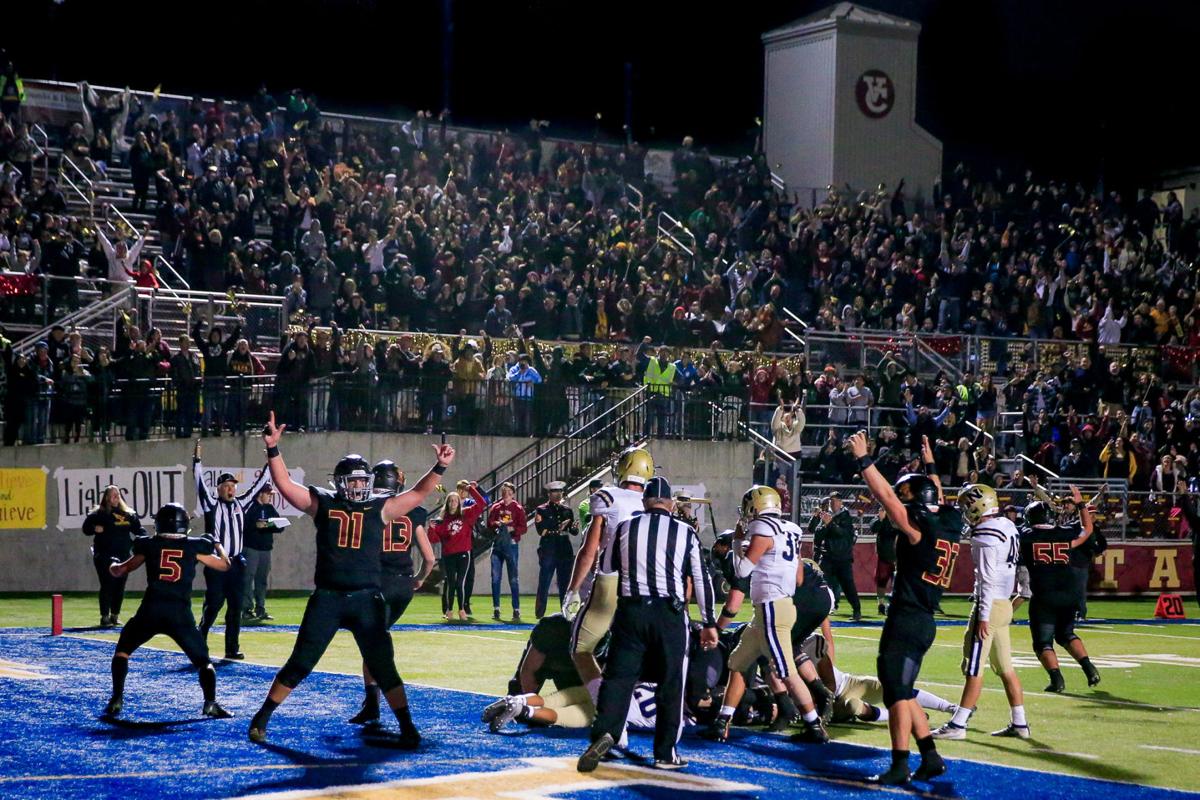 The outside hitter was one of five All-County Player of the Year finalists for the second year in a row after making the All-Vine Valley Athletic League Second Team.

“Caytlin is an all-around player and a driving force on our team,” head coach Katy O’Brien said. “She would have been our libero had she not contributed to offense strongly as well.”

Capulong and American Canyon finished 0-12 in the VVAL for the second year in a row, but played hard down to their very last point.

The Saints had a resurgent 2019 season in large part due to the play of its talented and experienced junior class.

The Saints won 14 games, their most in season since 2007, and went 10-4 in the NCL I, snapping a 10-year playoff drought. Out of their five all-league players, the three selected to the first and second team were juniors. That group was Nadalie (first team), Fabio Perez (second team) and Napa County Boys Soccer Player of the Year Diego Moya (first team). They’ll make up a formidable core whenever the Saints return to game action next season.

Nadalie was a center midfielder and led the team with 8 assists while adding 10 goals, including the game-winner in a 3-2 victory over Lower Lake in the middle of a six-game win streak in league

“Rafa was our team Most Valuable Player this year,” head coach Ozzie Gallegos said. “He was our most complete player and our true center mid. If he goes, the team goes. If there was a quarterback in soccer he was our guy. He by far had the most awareness on the field and always made sure all players were in play and in the right spot. This is a true midfielder who could start for any team in our county.”

Canepa, a 6-foot-4, 295-pound tackle, was named to the All-Vine Valley Athletic League First Team after helping the Crushers smash-mouth their way to a second straight league title last fall.

After helping many a Vintage football teammate get into the end zone, Canepa showed he could score as well — as a member of the Optimist Youth Basketball league’s 9th-10th Grade Boys Division runner-up, Long Electric.

The league’s leading scorer, he led Long with 26 points and 13 rebounds in the championship game. He scored Long’s last points and had the ball in the final seconds, trying to set up the trying trey, before General Equipment Maintenance pulled out a 52-49 win.

Watch Now: Grilling dangers you may not know about.

American Canyon's Caytlin Capulong (4) hits from the back row in a Vine Valley Athletic League match at eventual league champion Vintage on Sept. 26, 2019.

St. Helena's Raphael Nadalie hurdles a visiting Eureka defender during the Saints 4-1 win over the Loggers in the North Coast Section Division 1 playoffs in November 2019.