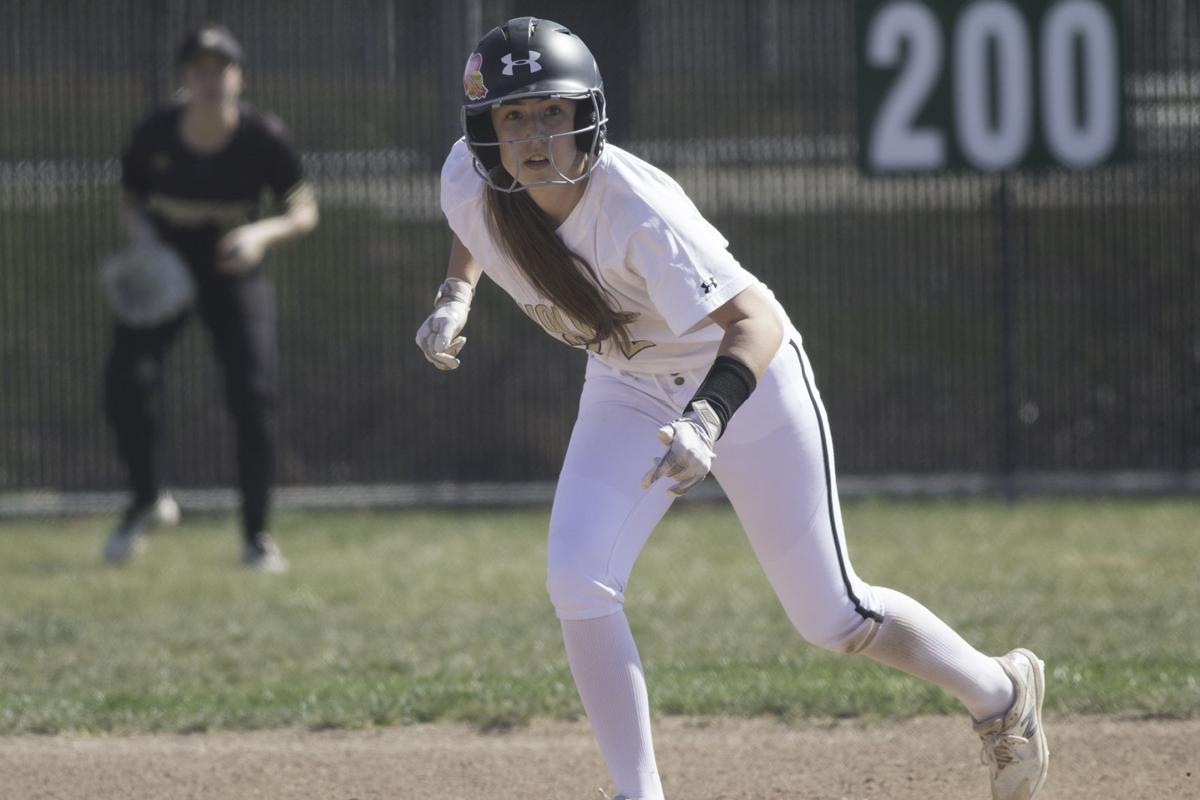 American Canyon High School's Maddy Chambers looks to advance on the bases during a home game against Windsor High in February. 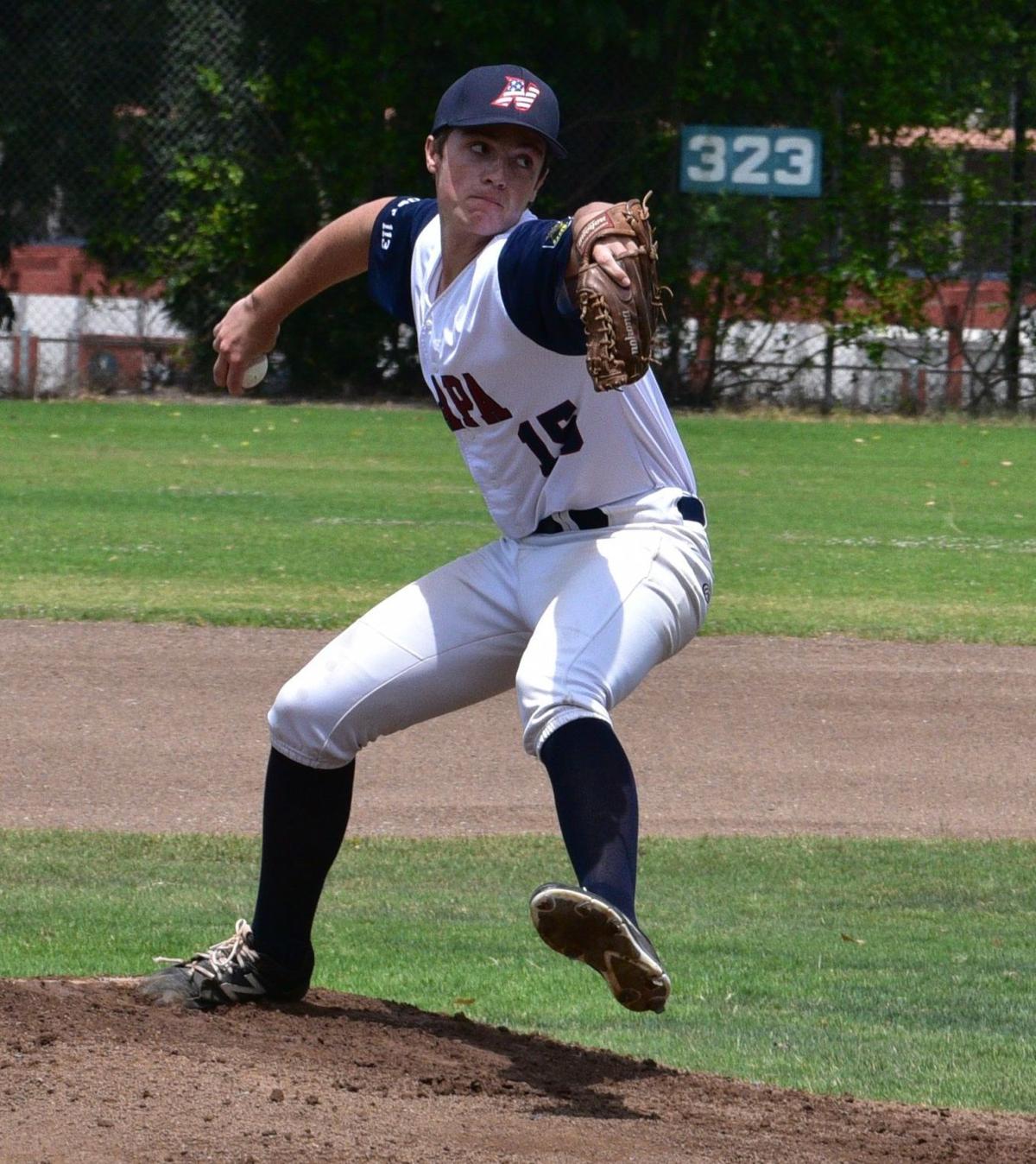 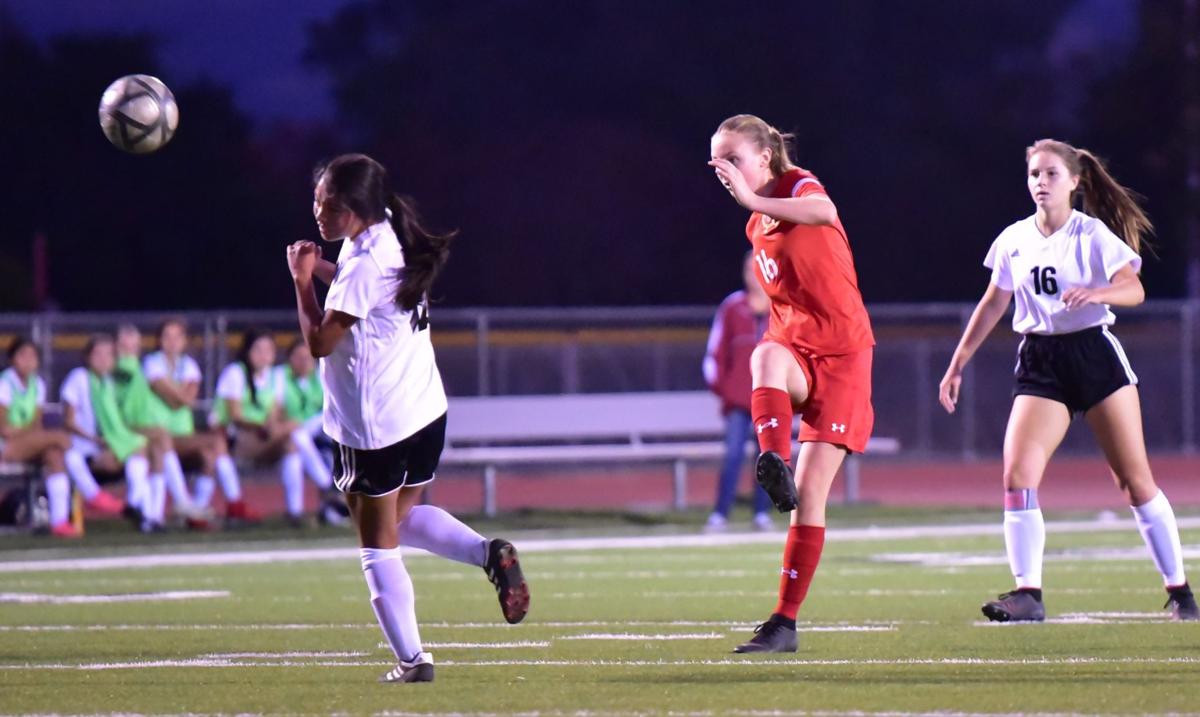 Chambers and her American Canyon High softball team had a 2-1 record when the COVID-19 pandemic shut things down in mid-March.

In her third varsity season, she had a double, 3 singles and a team-high 3 RBIs in the three games. With more nonleague games coming up against Inderkum, Rancho Cotate, Pittsburg, St. Patrick-St. Vincent, El Cerrito and Tamalpais, Chambers was hoping to stay on a roll and enjoy the kind of season she had as a freshman.

The Wolves needed all three years of her varsity experience after Kat Montuya, the starter at third base and one of only two seniors on this year’s team, was injured in an 8-1 win at San Rafael on March 5 and was expected to miss several games.

“We weren’t probably going to have Kat a lot this past spring,” head coach Roger Harris said, “but I really think we could have done some pretty special things with the team that we had. We were young, but all the young players got varsity experience as freshmen, and Maddy definitely was one that was standing out for us because she started off so quick in those three games. Plus, she had a home run in a scrimmage game against Marysville (at an annual Yuba City tournament where games don’t count as contacts because they’re played with 75-minute time limits). We were looking at her to bounce back because she had such a great freshman year and then kinda had the sophomore jinx, which really set her back.”

“She’s taken care of herself and it was good to see her bounce back, especially in the first part of the spring this year,” the coach said.

She was named All-Napa County Newcomer of the Year in 2018 after playing in 24 varsity games, starting at third base, and leading the Wolves with 35 RBIs. She was second for that team with 24 hits, eight doubles and five triples, third with 21 runs scored, and fifth with a .338 batting clip, and even hit a grand slam.

But she had a rough sophomore season, which saw her have to sit out five games and parts of others due to concussion protocol. She ended up playing in 18 of the Wolves’ 23 games, but hit just .234 with just 9 singles, a home run, a double and 6 RBIs in 47 at-bats.

Back at her normal position this year, who knows what she could have accomplished? We’ll see when she leads the program as a senior in spring 2021.

“Maddy’s natural position is left or center field,” Harris said after that season, “but she played third base to help the team, saying ‘Whatever I can do to help us out.’”

A second-year varsity player in the pool last fall, Llewelyn tallied 31 goals, 26 assists and 33 steals and was named to the All-Vine Valley Athletic League Second Team and the All-Napa County Team.

“Theo has shown a lot of growth and is emerging as a true leader,” said head coach Mackenzie Anderson. “He is a competitor to his core and should play a pivotal role next season as well.”

In baseball, Llewelyn was asked to get the Crushers out of a jam in his first-ever varsity pitching appearance. In the season-opening, 1-0 win at Analy in Sebastopol on Feb. 26, he entered in the sixth with two runners on and no outs and kept the Tigers from scoring.

Llewelyn went on to give up 2 hits and 1 run in 1 inning of an 8-2 win over Santa Rosa, and on March 5, he pitched the sixth and allowed a home run and single in a 7-4 win over Redwood that upped Vintage’s record to 4-0. The Crushers were 5-1 before the pandemic shut down their season and Llewelyn could get his first varsity at-bat.

“Kaylee is one of our most vocal players and the center of our defense,” Saints head coach Milton Gallegos said Thursday. “She reads the game very well and is our ‘quarterback’ on defense. With losing our starting center back, Marilyn Wilms, to graduation, Kaylee will have a new starting center back with her this year. She has a young core with her and will need to be a solid defender and leader, but will have to add a more offensive mind to her game as she needs to be the start of our attack this year. She is an excellent passer and has a soft long ball that playing out of the back line and getting involved in the offense is a priority this year.”

Moura was one of six sophomores on St. Helena’s young 19-player roster, which also had seven freshmen and only three juniors and three seniors. But Gallegos said early in the season he saw a foundation he could build not just over the coming years, but right away.

Moura, a three-sport athlete, also went out for junior varsity basketball and track and field.

American Canyon High School's Maddy Chambers looks to advance on the bases during a home game against Windsor High in February.