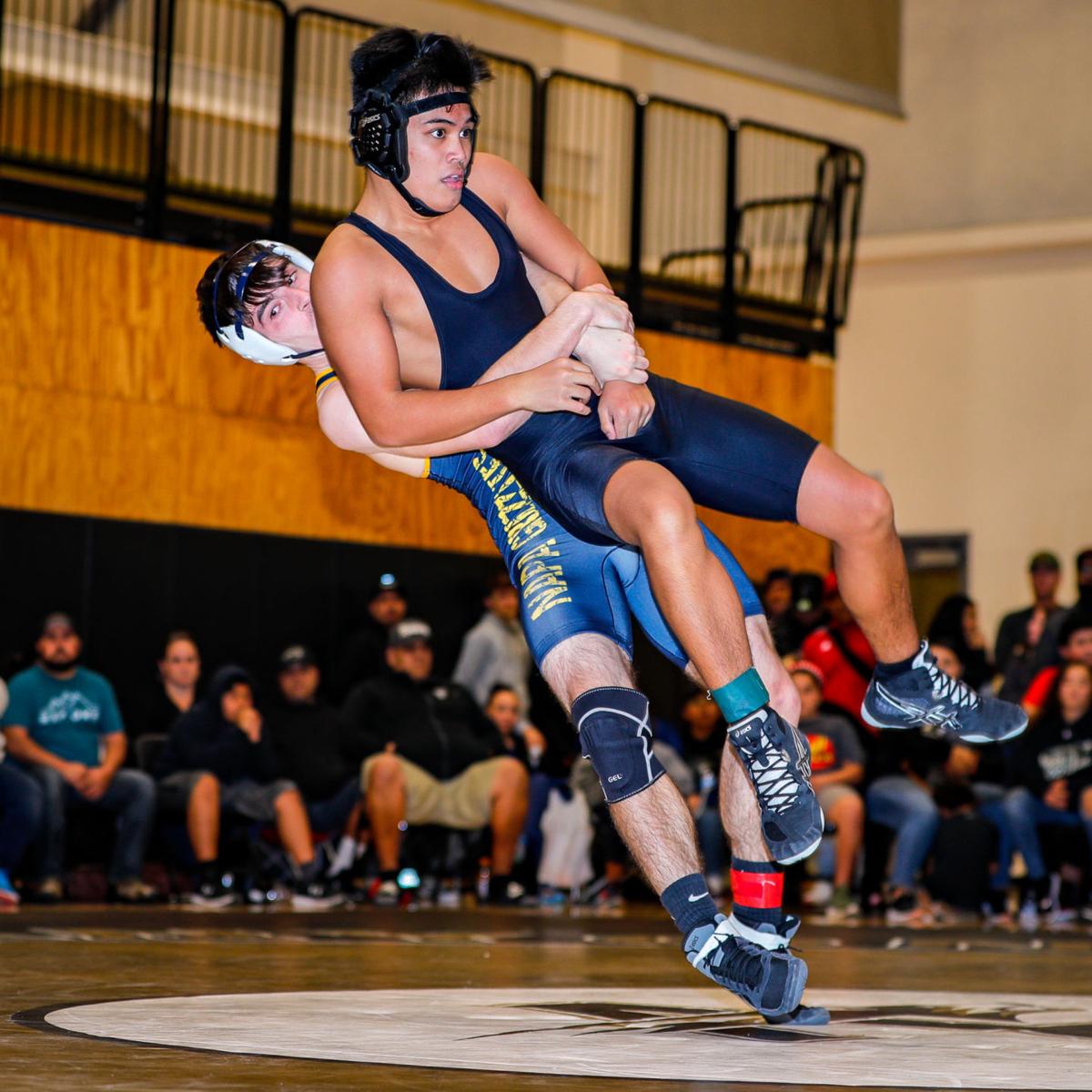 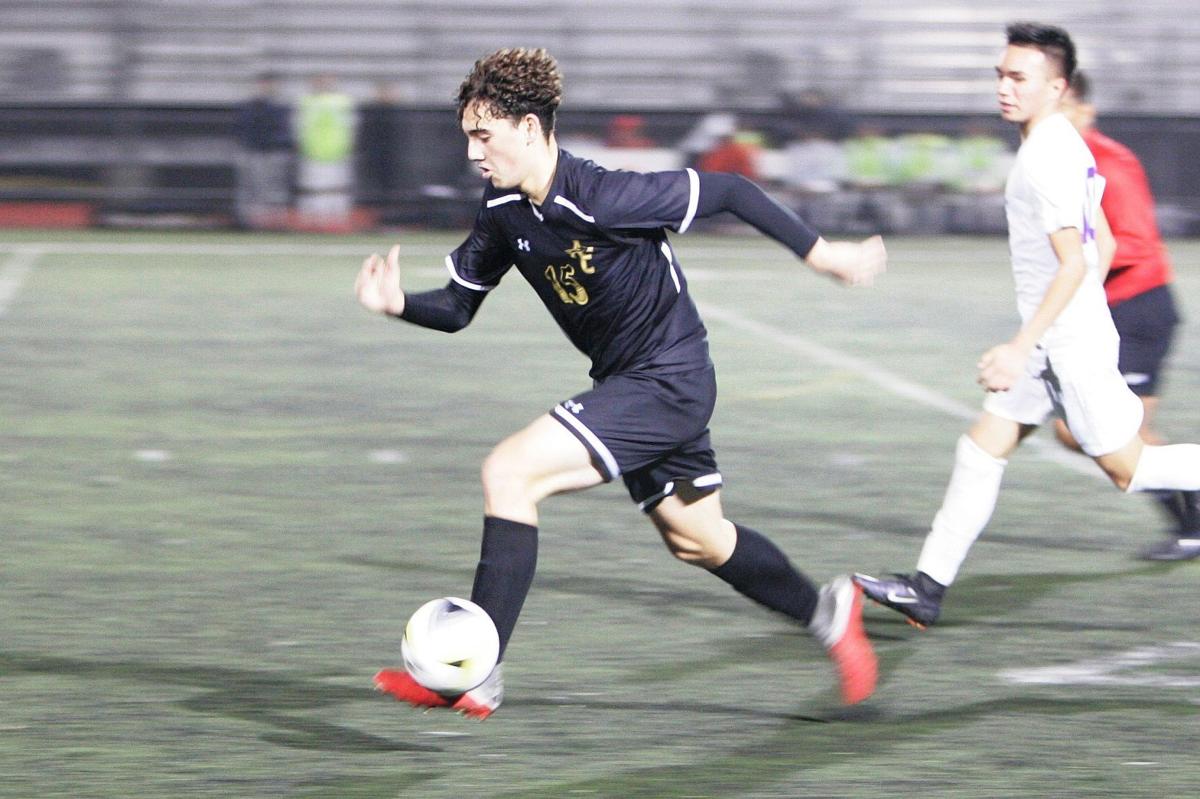 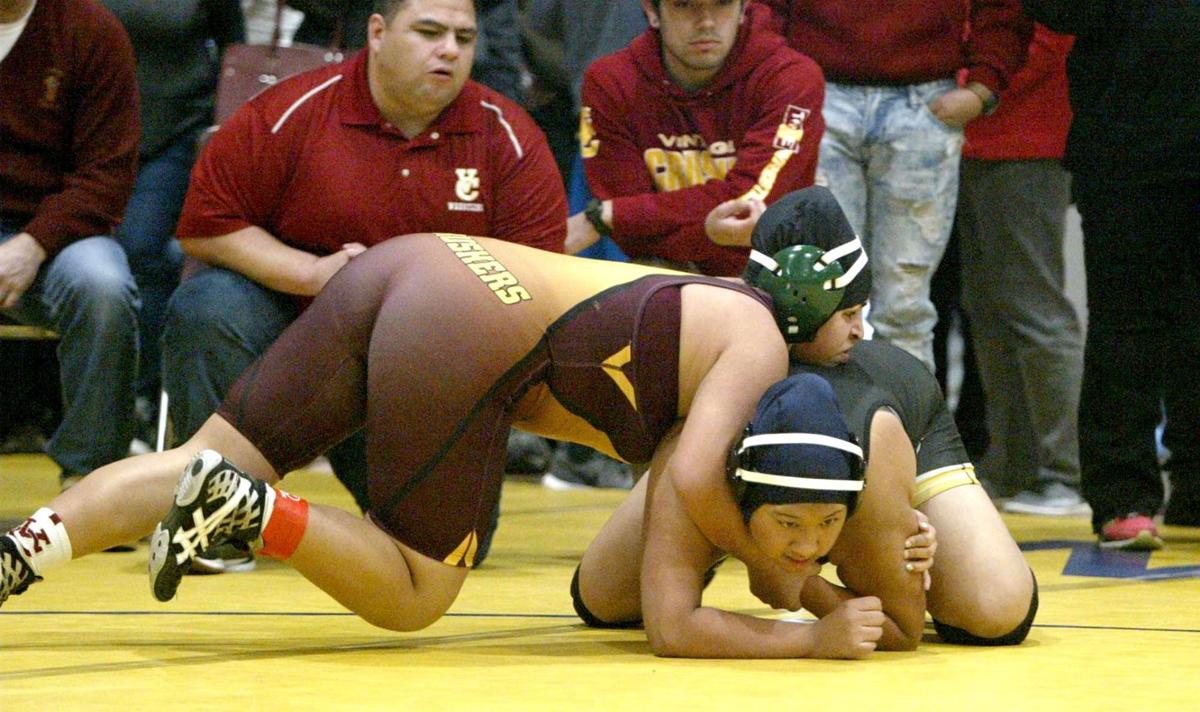 Vintage's Jessica Mendieta (170) works toward an eventual pin of Terra Nova's Alyssa Zipagan on Jan. 4, 2019 during the Napa Valley Girls Classic at Vintage.

Maybe it was first-match-at-first-section-meet jitters in February, when Gomez got pinned with one second left in the first period of his opener at 145 pounds during the North Coast Section Championships at James Logan High in Union City.

Gomez came back with a fury, winning a 7-5 decision and pinning two foes in the second round, before getting eliminated with a 9-1 loss to the seventh-placer.

Any underclassman who goes 3-2 at the section wrestling meet is bound to feel more confident and hungry as ever going into the next season. Gomez should be just that, especially after overcoming injuries to get that far.

Head coach Nacho Franco was impressed after Gomez defeated his Vintage opponent to help the Grizzlies win the Big Game match this year.

“He’s been consistently positive after being banged up all year,” the coach said. ”It’s just good to see that mental and physical attitude from a guy who’s banged up.”

Gamorras returned to the varsity last winter after helping the Wolves reach the 2018-19 North Coast Section Division II playoffs, where they had lost their opener in double-overtime, 2-1, at No. 5 seed Redwood in Larkspur.

But Gamorras, a team captain, always played like a championship was on the line. The center defender made the All-VVAL First Team and was chosen by the Napa Valley Register as one of five finalists for All-Napa County Defensive Player of the Year.

“Graeson is great. You always see him running up and down the field, putting pressure on teams,” said first-year American Canyon head coach Antonio Orozco.

He’s been making sure he’s ready for this spring’s junior season by training with his Napa Soccer Academy squad at Napa Christian Campus of Education in Napa, abiding by health guidelines in the middle of the COVID-19 pandemic.

Mendieta is looking to reach her first state meet after placing fifth at the North Coast Section Championships as a freshman, and sixth last winter. A team captain, she won her first three matches before losing her last three at this year’s section meet.

She received the Alyvia Fiske Award at the season-ending banquet.

“Jessica has been working hard and preparing herself for the next level, which is competing at state,” head coach Maika Watanabe said. “She puts forth the effort in practice and throughout last season she proved to be towards the top of her weight class. She is now working on refining her technique to pair with her aggression to be more successful.”

Watch Now: These activities can help you live longer.

Jim Klaczak has resigned as head coach of the Calistoga High football program, citing frustration with California's earthquakes and fires, and is moving to Scottsdale, Ariz., possibly to coach high school football there.

With so many Napa County homes destroyed in the Glass Fire, there’s a good chance anyone who’s lived here a few years knows someone who’s lost one.

The Register's 52nd edition of Up & Comers features Max Gilsenan of Justin-Siena, Luis Rodriguez of Napa High, and Delani Stiles-Warner of Vintage.

Vintage's Jessica Mendieta (170) works toward an eventual pin of Terra Nova's Alyssa Zipagan on Jan. 4, 2019 during the Napa Valley Girls Classic at Vintage.