Here's how we got to 1 million global coronavirus deaths, with the US leading the world

Napa Valley Up & Comers: Greenlee, Andrews and Wood ready to return
Share this
{{featured_button_text}}
1 of 3 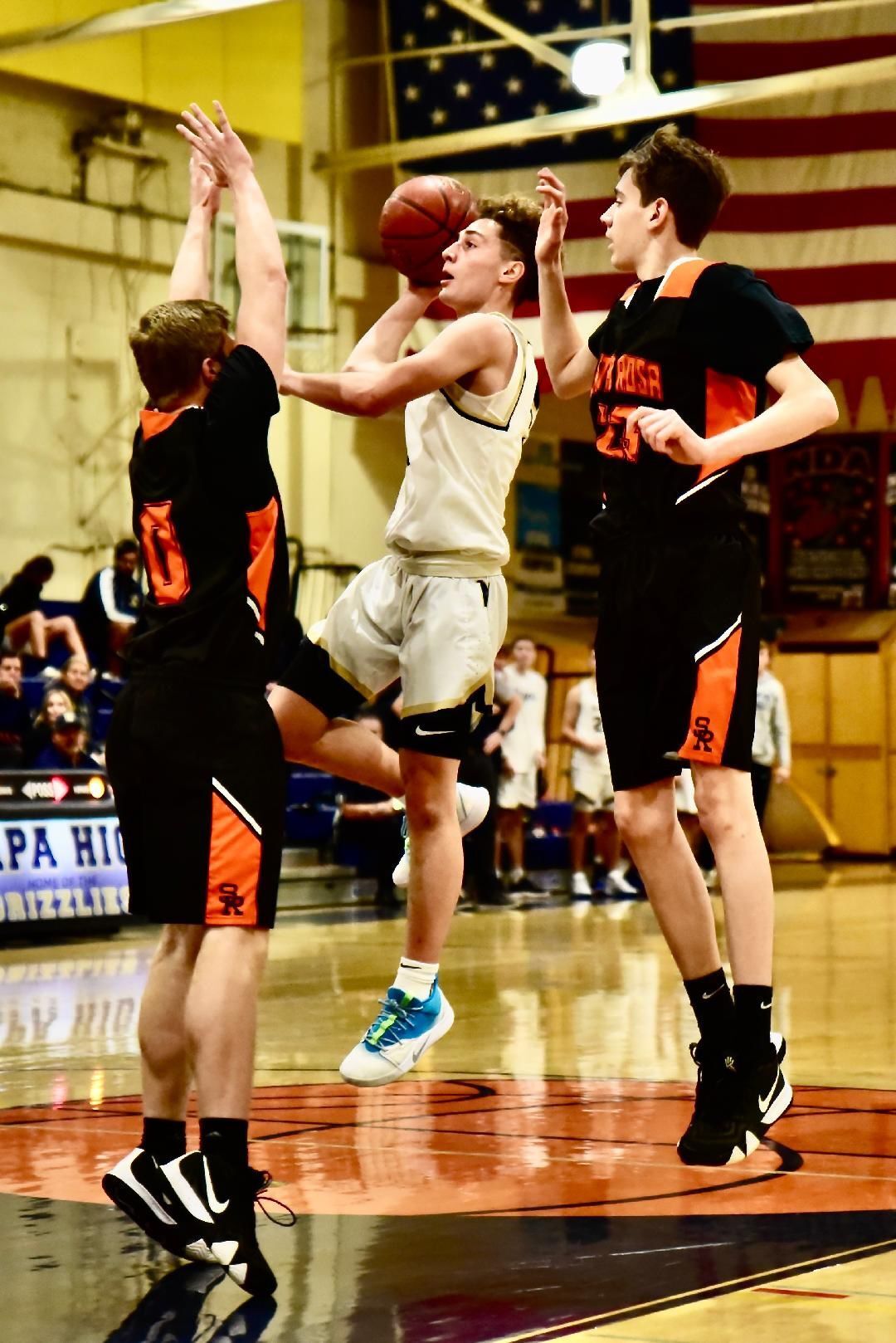 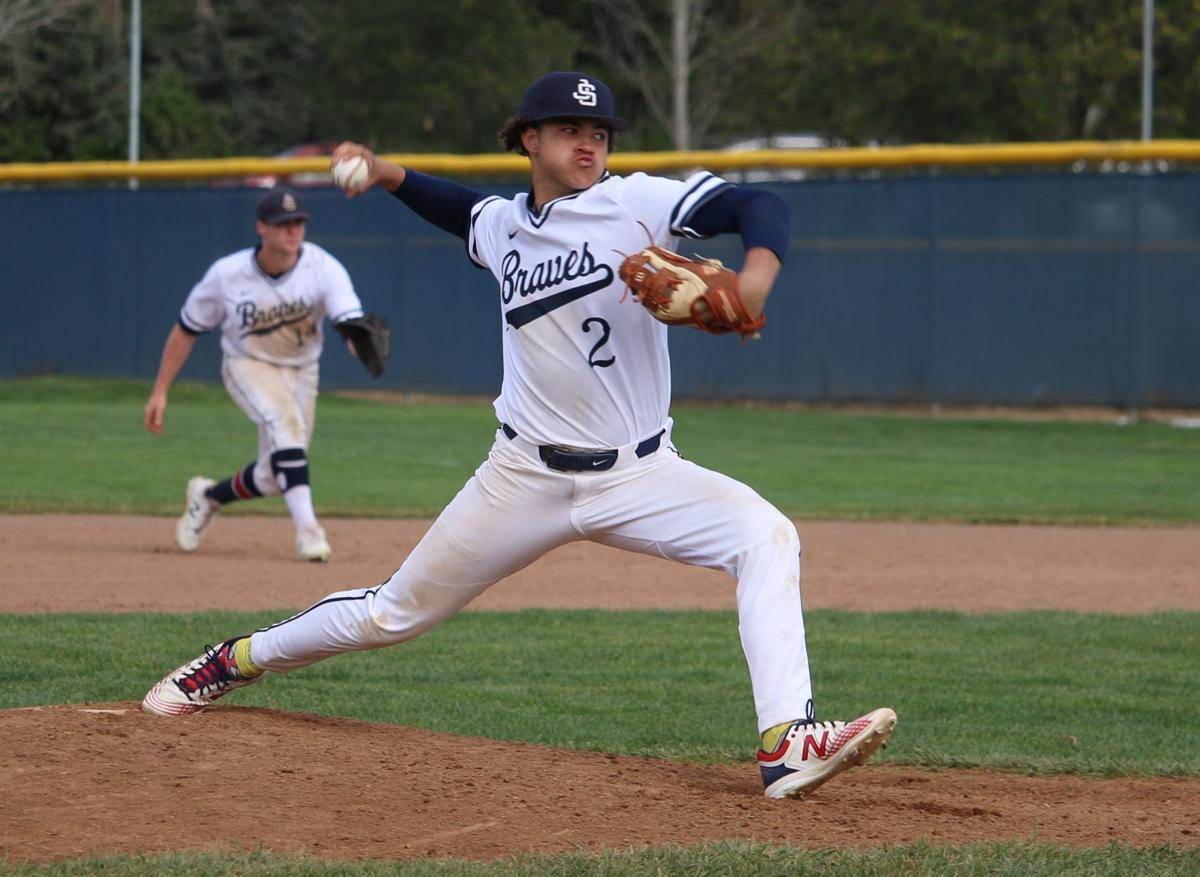 Justin-Siena sophomore Nick Andrews closes on the mound to get the home-opening win against Kelseyville on Feb. 29. 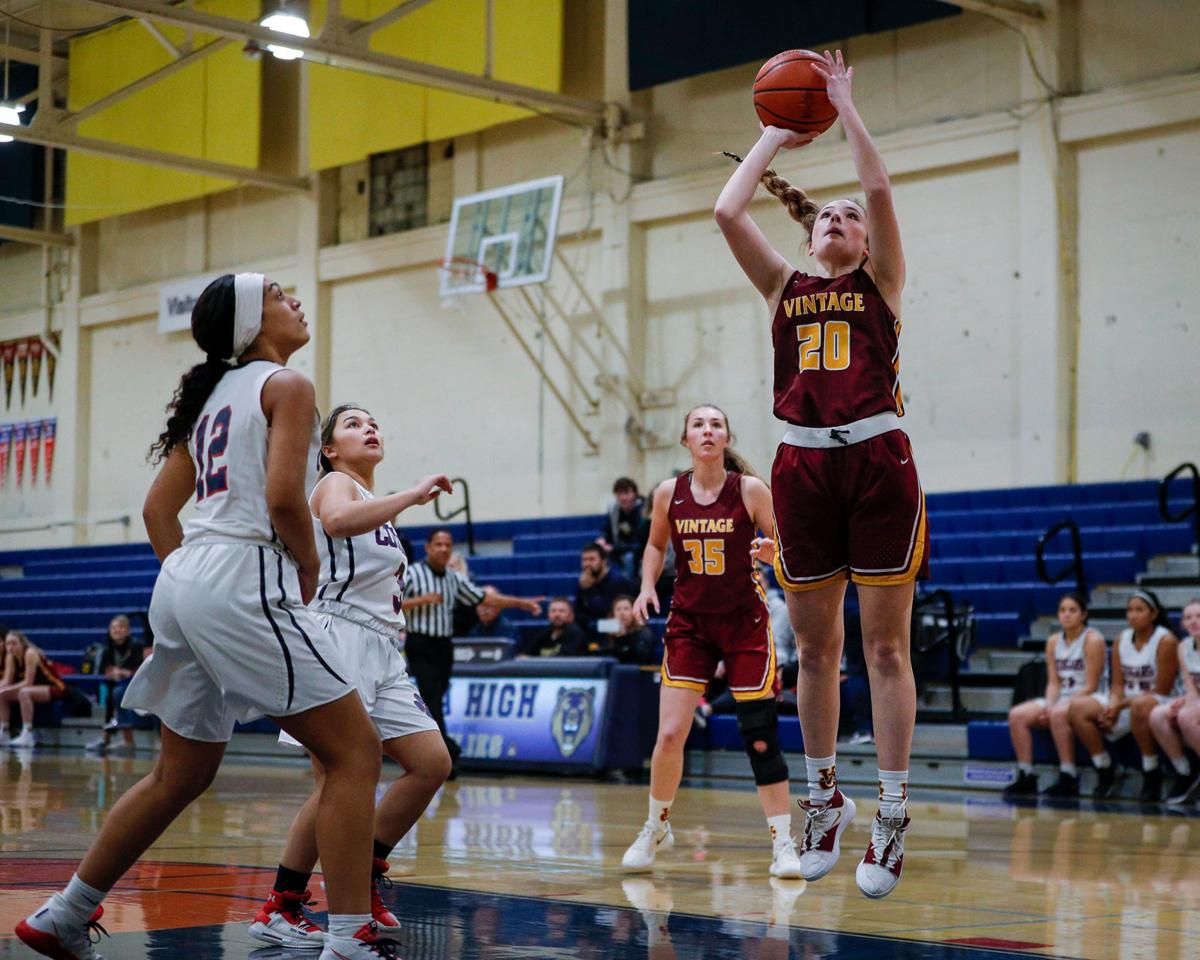 The Napa guard, who has reportedly garnered some interest from some NCAA Division 1 colleges, will likely be the county’s top returning hooper this upcoming season.

After being a reserve as a sophomore for the Grizzlies team that won 23 games and the Vine Valley Athletic League title, Greenlee became Napa’s No. 1 option as a junior and flourished in the role. He averaged 19.7 points, 4.3 rebounds, 2.1 assists and 2.4 steals per game for the season and led all VVAL scorers with a clip of 21 points per game, earning him a spot on the All-VVAL First Team as well as the County Boys Basketball Offensive Player of the Year award.

Greenlee scored over 20 points in nine of the 18 games of reported stats on MaxPreps last year. Undoubtedly his best performance came in a 39-point outburst in a narrow loss to Petaluma late in the year where he went 19-for-19 on free throws.

While the Grizzlies had some good talent around Greenlee, the team lacked the potent inside presence of forward Brock Bowers who missed his own junior season on the court due to injury.

“Brayden had a lot on his shoulders this season with Brock out,” said former Napa High head coach Zack Cook said. “He was required to score, rebound, create shots for others, as well as defend the other team’s best guard or wing at times.”

On the year, the Grizzlies went 7-19 overall and finished 3-9 in league, but appeared poised to bounce back in the 2020-21 season. Returning alongside Greenlee are guard Tyler Oda and forward Spencer Gorman, two players who had strong years. They’ll be even more dangerous if Bowers returns as well.

“Tyler and Brayden led us all year on both ends of the court,” Cook said. “With the both of them returning, along with Brock coming back to the mix, I think we have a good chance at bouncing back next season. Hopefully we can once again be competitive in the VVAL and qualify for a NCS-D1 playoff berth.”

Andrews was another Napa Valley athlete who made an impact from the moment he first stepped on campus.

While not an everyday starter his freshman year, Andrews stepped up whenever his number was called. He appeared as a batter in 17 of the Braves’ 23 games in 2019, batting .250 with a pair of doubles and six RBIs. He was also a key pitcher and mainly came on in relief. In nine appearances he was 0-1 but boasted a 1.78 earned run average with a save, 13 strikeouts and five walks in 19 2/3 innings.

The work he put in over the offseason was evident when he returned for his sophomore season. He stepped into a larger role for the Braves at the plate and on the mound. Before the season was cut short in March, Andrews was batting .375 with two RBIs, including a walk-off single in the Braves 10-9 comeback win over Kelseyville. He was also the game’s winning pitcher having gone three innings in relief.

He totaled eight innings in his three appearances on the mound this spring with a record of 1-1 and an 3.50 ERA to go with five strikeouts and three walks.

“Nick has made tremendous leaps from a part-time varsity player as a freshman to a mainstay all-league caliber player as a sophomore,” the coach said. “He can’t be rattled. He is just so tough and mature. He is a baseball rat and whether he’s steadying the game on the mound, making plays on the left side of the infield, or setting the table as our leadoff batter, when the spotlight is on him you know he is going to get the job done.”

Just a sophomore but in her second varsity season, the co-captain averaged 9.4 points, 9.1 rebounds, 1.3 assists and 2.5 steals, posting seven double-doubles as she helped the rebuilding Crushers notch 10 wins.

“Eden has earned the right to be a team captain this year by her consistent work ethic in practice and her determination on the court," head coach Joe Donohoe said at the outset of the season. "Her tenacity on the defensive end particularly sets the tone for this group.”

Wood would receive All-Vine Valley Athletic League honorable mention and become one of five finalists picked by the Register for Napa County Offensive Player of the Year.

She led the Crushers with 14 points and 14 rebounds in each of two VVAL games down the stretch — a 51-39 home loss to eventual league champion Casa Grande, and a 58-56 win on American Canyon's Senior Night.

After an earlier home win over American Canyon, Donohoe said Wood was “relentless all game, her effort contagious” in piling up 12 points and 13 rebounds. She also had a double-double, 12 points and 10 boards, in an earlier loss at Casa Grande.

“Eden is a grinder,” Donohoe said after the season. “She works extremely hard on both ends of the floor. She improved immensely week to week and did an amazing job setting the tone of relentless effort for her teammates.”

Napa Valley Up & Comers: Keep an eye on Mendoza, Jackson, Larson next season

Calistoga's Ignacio Mendoza, Justin-Siena's Vincent Jackson and Napa's Mia Larson are featured in our 23rd edition of our Up & Comers series.

Justin-Siena sophomore Nick Andrews closes on the mound to get the home-opening win against Kelseyville on Feb. 29.