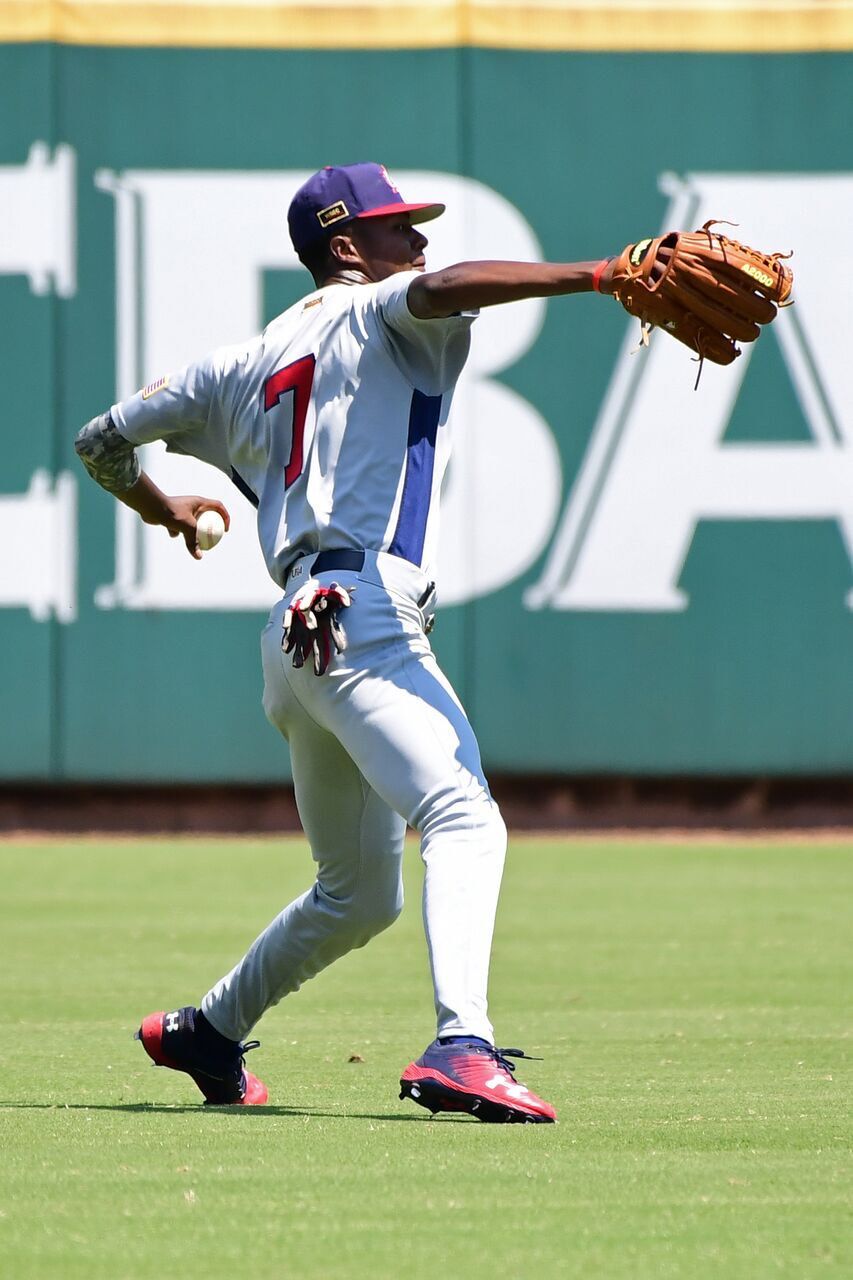 Tyree Reed, who has played for Team USA, makes a play in the outfield for the under-15 national squad in North Carolina a few years ago. 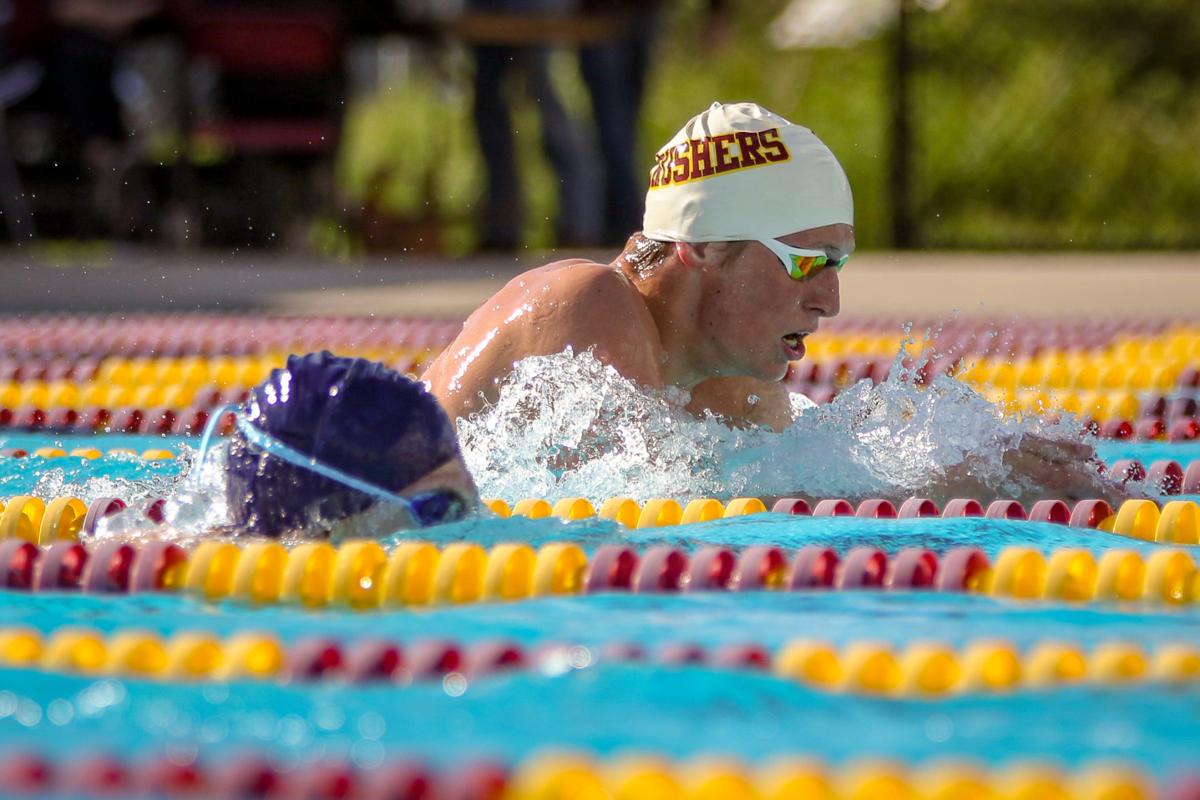 Vintage's Tyler Kortie, right, does the breaststroke leg of the 200 individual medley against visiting Napa High on March 27, 2019. 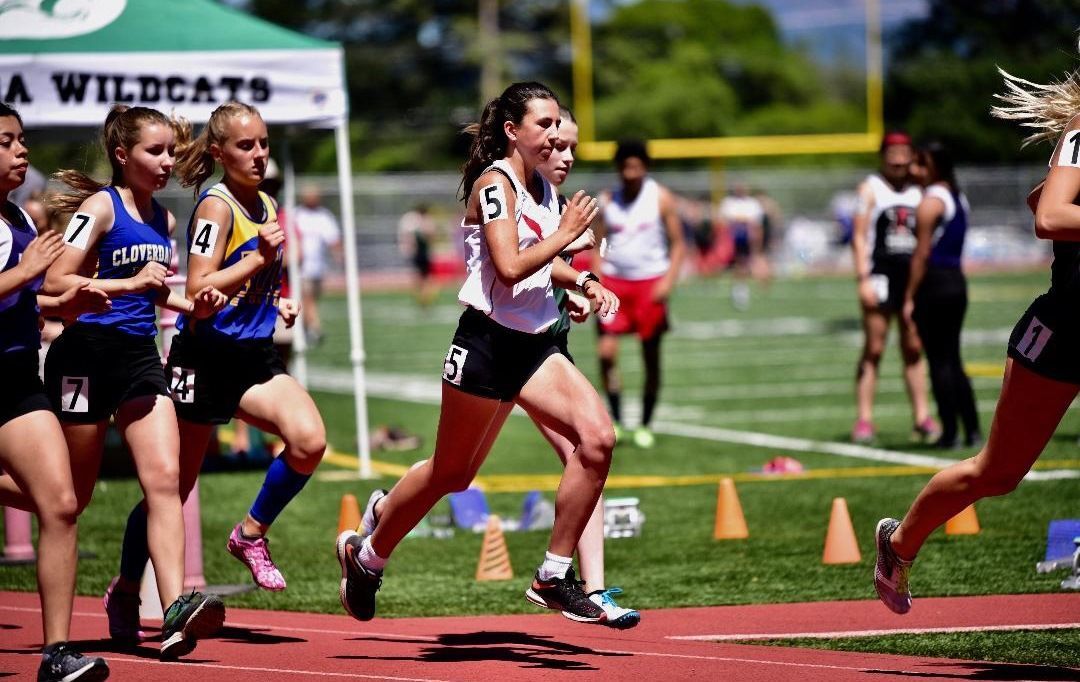 St. Helena High's Jade Schlatter, middle, runs to a third-place finish in the 1,600-meters at the 2018 Coastal Mountain Conference Championship.

The American Canyon High baseball program was lucky to have Tyree Reed transfer in as a sophomore – and not just because Prep Baseball Report named him as the No. 1 junior in the country this past spring. After this junior season was wiped out by the coronavirus, the Wolves get him back one more year.

Reed had to sit out the first half of his 2019 season due to his move from Wood, but still ended up as Most Valuable Player of the Vine Valley Athletic League after hitting .481 with 25 hits, 19 RBIs, 8 stolen bases, 5 doubles and 4 triples in league play.

The former East Vallejo Little League player, who helped Team USA’s Under-15 squad earn a gold medal at the WBSC U15 World Baseball Cup in Panama, has already committed to Oregon State.

“I would put his work ethic up there with anybody,” American Canyon head coach Matt Brown said. “It’s been fun for me to watch him and just have him be a part of our program.”

“When you see a player like Tyree, they just don’t come along that often,” Rolling said. “They’re kind of unicorns. A five-tool guy is very hard to find at a young age.”

Reed hit .462 in four games before the COVID-19 shutdown this spring, with 5 singles, 3 RBIs and the Wolves’ only home run.

Brown said Reed told him he was going to hit this year’s home run while conferring with him moments before the bash tied up a game against former league rival Benicia.

“He knows how good he is, but he is also coachable,” Brown said. “He genuinely listens, and if it’s something that he can apply to his game and get better, he wants to do it and is eager to do it. His work ethic is tremendous.”

Added Reed, “I like to take things day by day and just continue to focus on myself and prepare myself for whatever the next step may be,” he said. “At this point, all we do know is that I have a college scholarship and I’ve decided where I want to go. So I’m just focusing on being prepared for Oregon State and just kind of blocking out the noise.”

Kortie racked up 19 goals, 26 assists and 31 steals in his second varsity season for the Crushers, who finished second in the Vine Valley Athletic League after winning five straight league titles.

“Tyler’s speed is an incredible asset,” said Vintage water polo head coach Mackenzie Anderson. “His desire to learn and the increase in his aggressiveness have only made him a greater threat.”

After making the All-Napa County Boys Water Polo Team, Kortie helped lead the Vintage swim and dive team to victory in each of its first two VVAL meets.

He notched second-place finishes in the 200 IM and 100 fly in a meet against Sonoma Valley.

Schlatter has put together an impressive resume in her three years of competition for the Saints cross country and track and field teams.

In her sophomore year of cross country she once again was the Saints’ top girl at the CMC Championships, placing 14th overall in 5000-meter race with a time of 24:30.7.

In her shortened junior year, in which Schlatter was able to compete in only cross country, she made her biggest leap yet. She finished ninth at the CMC Championships with a time of 22:21 that qualified her for the NCS Div. V Championships for the first time in her career. She went on to run a personal-best time of 22:20.1 in the three-mile race at Hayward High.

Watch Now: Could you be dealing with crisis fatigue?

Tyree Reed, who has played for Team USA, makes a play in the outfield for the under-15 national squad in North Carolina a few years ago.

Vintage's Tyler Kortie, right, does the breaststroke leg of the 200 individual medley against visiting Napa High on March 27, 2019.

St. Helena High's Jade Schlatter, middle, runs to a third-place finish in the 1,600-meters at the 2018 Coastal Mountain Conference Championship.