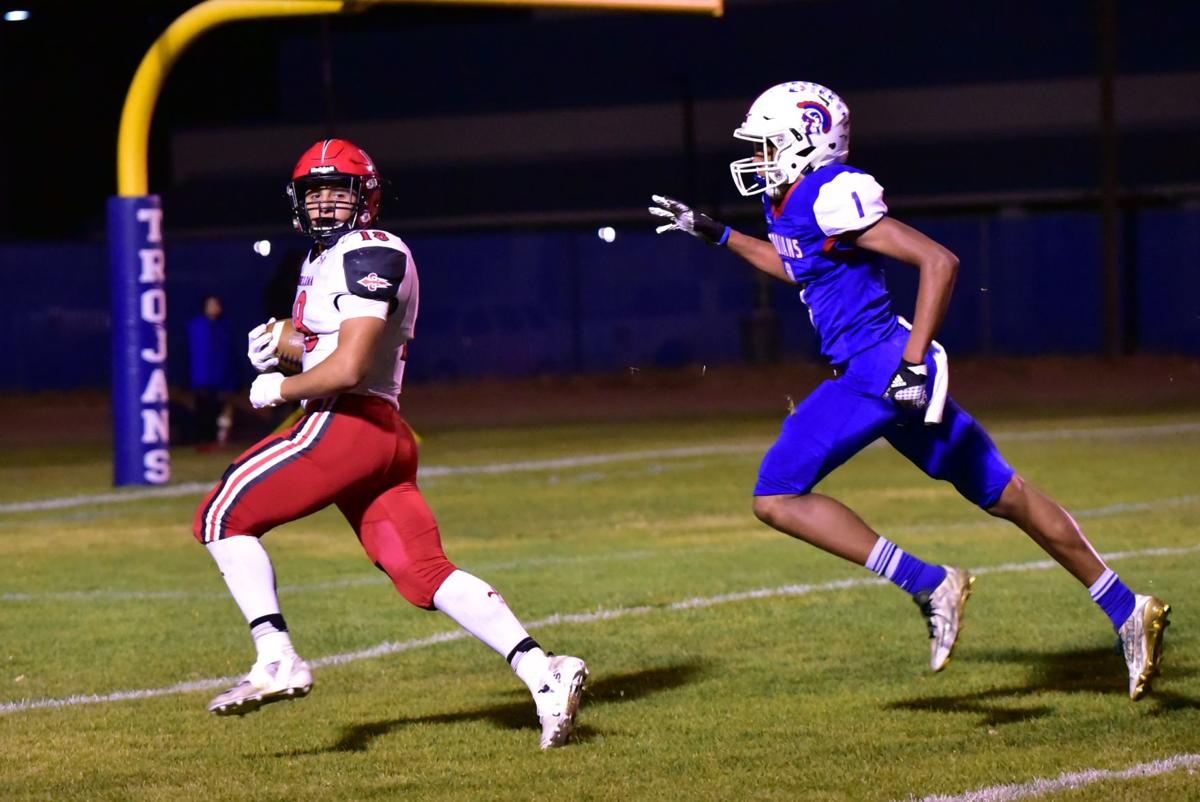 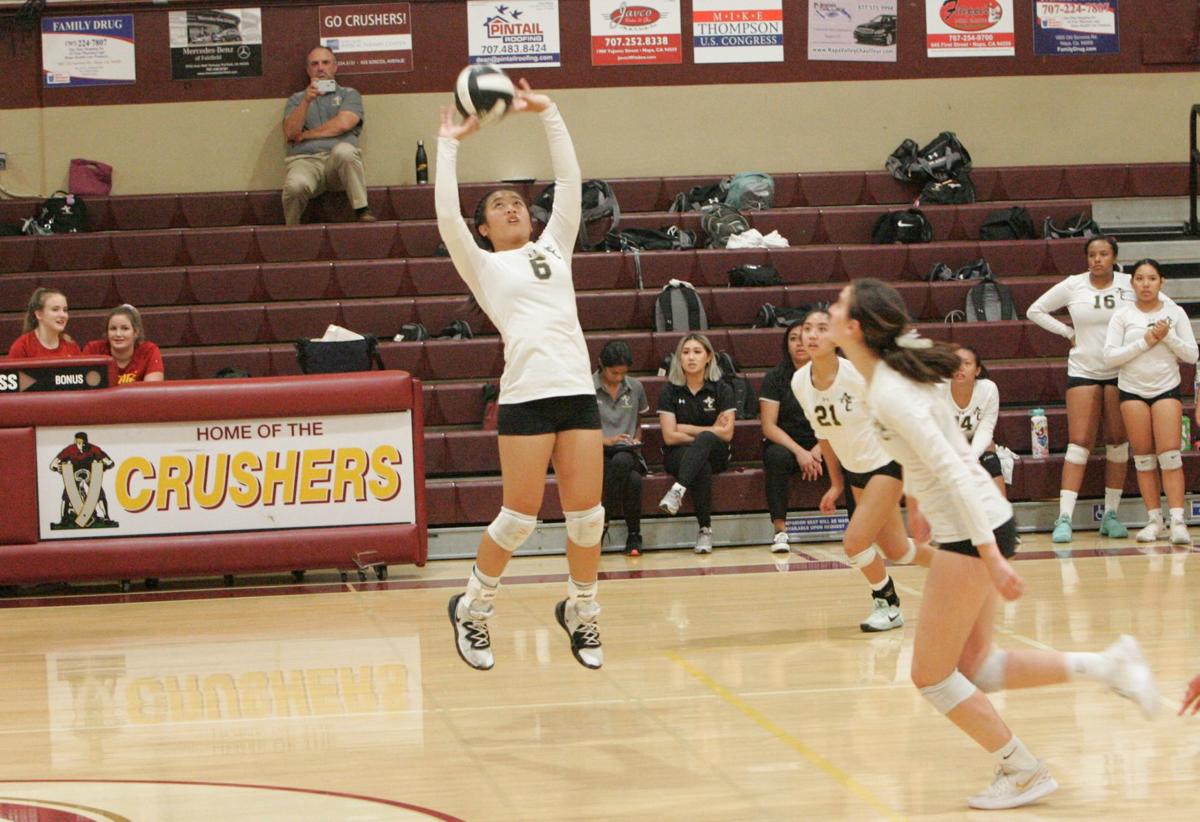 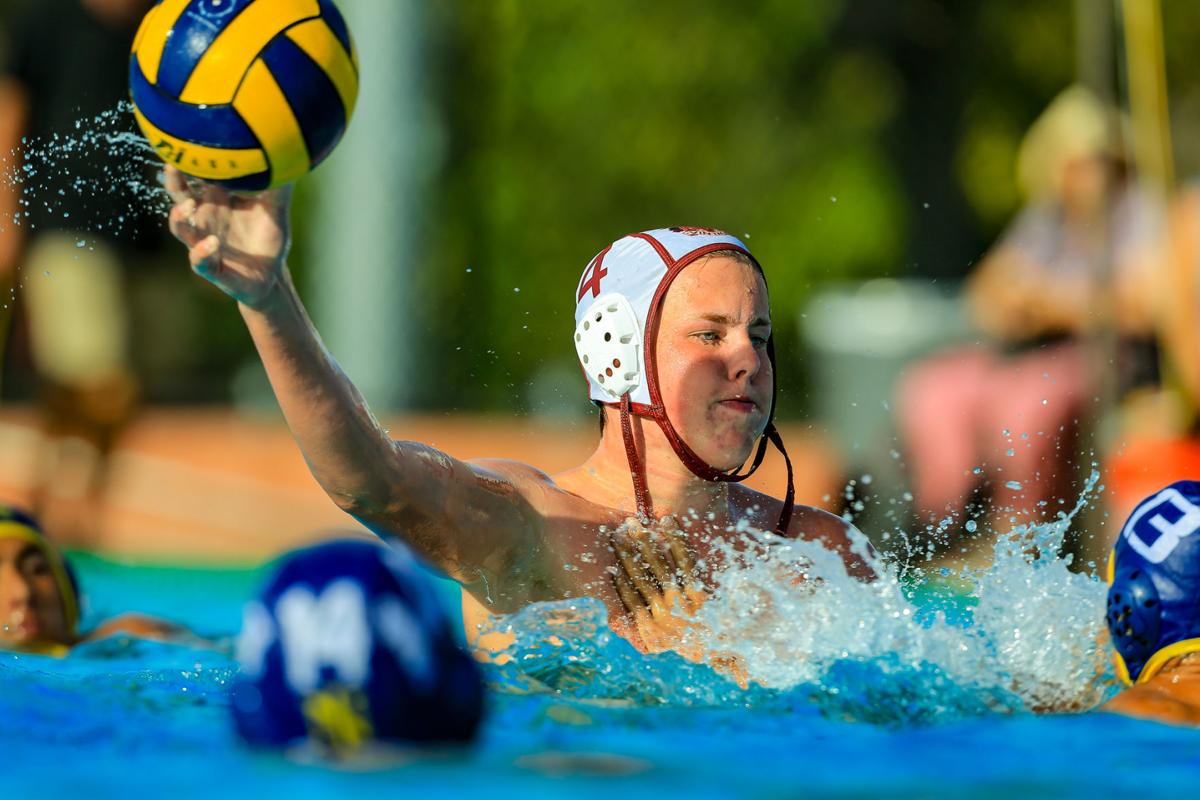 In fewer than two full varsity seasons, Robledo has already etched himself into the record books of St. Helena High football.

A mid-season JV call-up as a freshman, Robledo rushed for 783 yards and 11 touchdowns in the Saints final four games of the 2018 season. He followed that up with a monster 2019 campaign in which he rushed for 2,215 yards with 33 touchdowns, helping lead the Saints to a 9-3 record and a trip to the North Coast Section Division VII semifinals.

With just 16 varsity games under his belt, the 5-foot-11, 210-pound running back/linebacker already holds the school records for:

He’s also second in career rushing touchdowns with 44, two behind Charles Bertoli’s record of 46, is second for most single-game touchdowns scored with six, and has the second, third and fourth spots on the school’s single-game rushing yards list.

Robledo was a Napa County Football Newcomer of the Year finalist after his brief freshman season and was named a finalist for County Football Player of the Year after his record-shattering sophomore season, when he was also the only underclassman to make the North Central League I all-league first-team offense. He was also named the NCS Football Sophomore of the Year by Prep2Prep.com and was selected to Cal-Hi Sports All-State team as a second-team offensive selection in the small school category.

“Sometimes it’s hard to remember he’s only 15 years old, and you don’t usually make a 15-year-old run the ball, punt the ball, play middle linebacker, and be the focus of other teams’ game plans,” said St. Helena head football coach Brandon Farrell in January. “But Ivan never seemed like it bothered him, and simply wants to do what is best for the team to win. The best part is he has fun with his teammates and has already had an extraordinary high school football career – and it’s only half over.”

Robledo was also a sprinter for the track and field team as a freshman and was a member of the 4x100-meter relay team that set the school record in the spring of 2019.

While the Wolves have struggled in their first two seasons in the Vine Valley Athletic League, Torres’ play in her first varsity campaign should give them some reason to stay optimistic moving forward.

The setter and outside hitter brought intensity and consistency to the varsity squad in 2019. Even as a freshman, she hardly left the court due to her skill and her pivotal role to the team chemistry, reported American Canyon head coach Katy O’Brien.

Her offensive IQ led her to have a strong season at setter, where she tallied a team-high 291 assists. She also had 86 kills and was near the top on the team in aces, total points and digs. Not bad for a freshman.

American Canyon went 5-22 overall and 0-12 in the VVAL last season, so Torres wasn’t named to an all-league team, but she was a finalist for the Napa County Volleyball Newcomer of the Year award. Look for her to build on her varsity experience next season alongside classmate Arianna Pacheco and senior leader Caytlin Capulong as the Wolves remain on the hunt for their first-ever VVAL win.

In his first varsity season, Bacci was one of seven Crushers selected to the All-County Boys Water Polo team as he helped guide Vintage to another strong year in the pool.

Vintage went 16-7 overall and finished in second in the VVAL at 10-2 behind Cardinal Newman. On the year, Bacci had 23 goals, 28 assists and 37 steals. He’ll be one of four All-County returners for Vintage next season.

“Carson never stops hustling and has shown that he was more than ready for the transition from JV to varsity,” said head coach Mackenzie Anderson. “I expect Carson’s impact to only increase.”