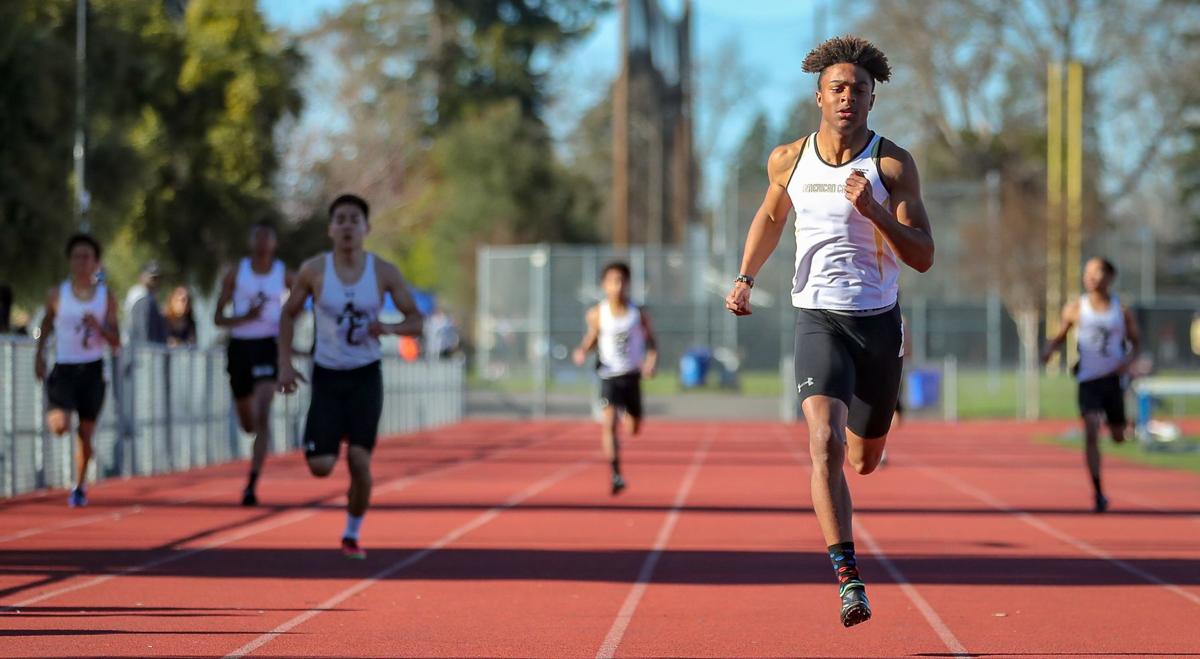 American Canyon freshman Croix Stewart leads the varsity boys 100 meters from start to finish during a meet at Napa High in 2019. 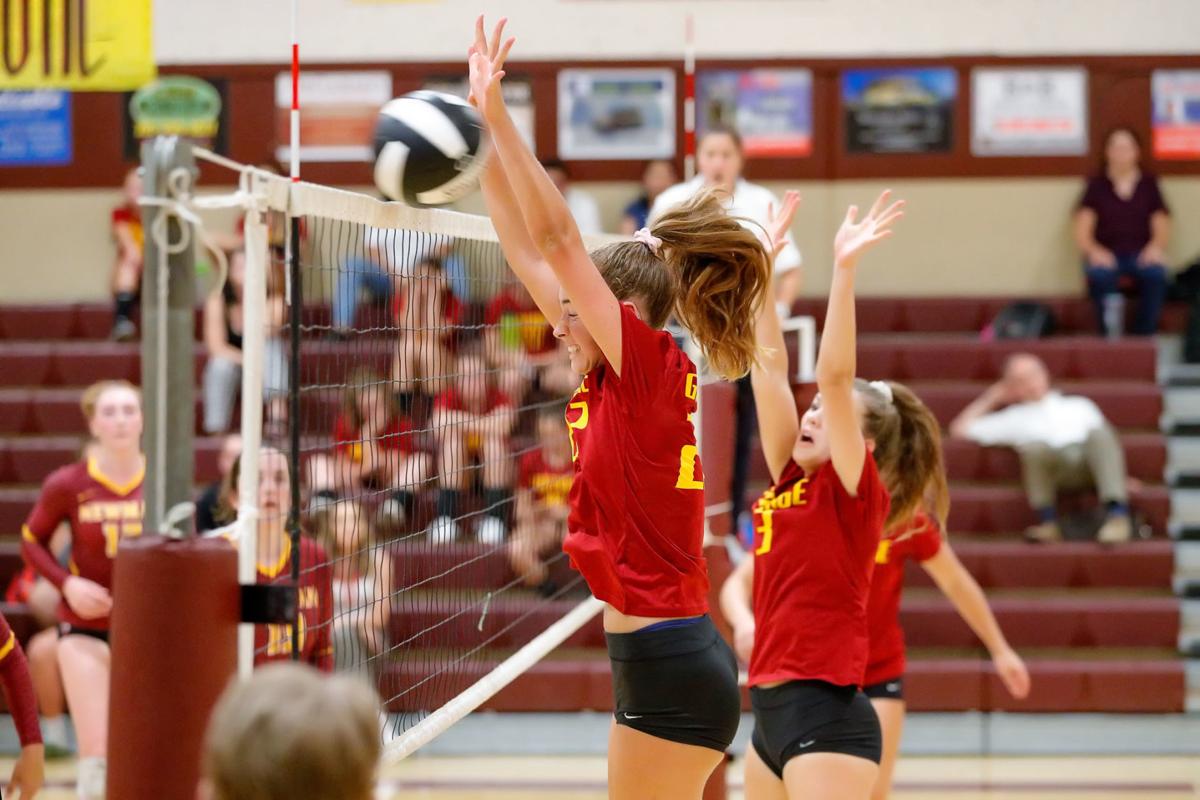 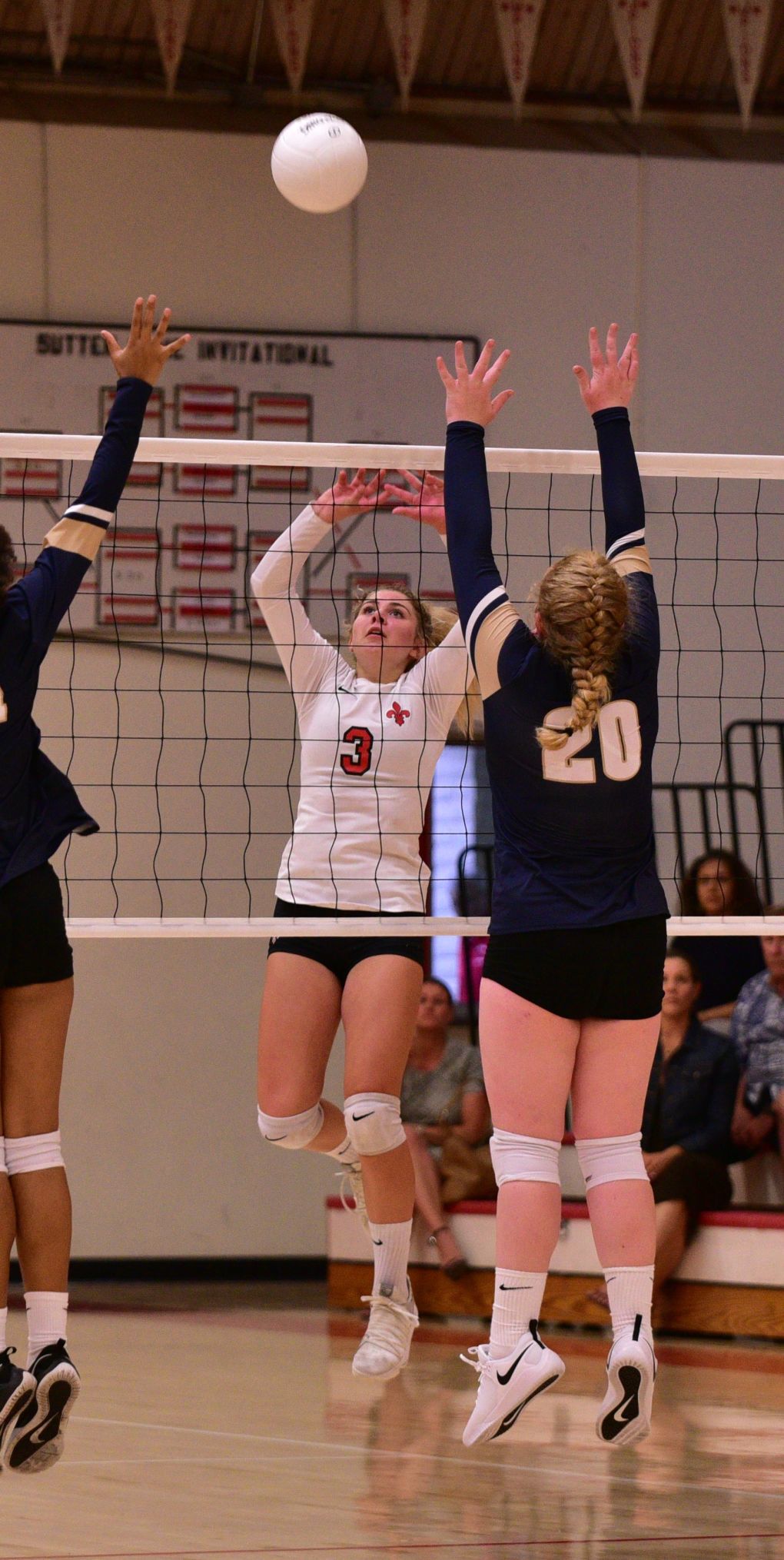 St. Helena High's Ashtlyn Taylor (3) sends the ball over the net as Napa High's Samantha Sowerby (20) and another Napa player try to defend the shot during a match in Aug. 2019.

With the 2019-2020 school year now in our rear-view mirror, The Register sports staff is turning its attention to the Napa County student-athletes that are returning to play sports in 2020-21.

With that in mind, we’re debuting today our new Up & Comers series, which will highlight rising stars and players to watch for whenever organized sports do return to the area.

Stewart only has one full year of high school track and field under his belt but has already established himself as one of the premier sprinters in Northern California.

He burst onto the scene as a freshman, winning both the 200- and 400-meter titles in the Vine Valley Athletic League on his way to making it all the way to the finals of the 100-meter dash at the North Coast Section Meet of Champions. There he ran the third-fastest time in prelims against a talented field of veteran runners and had a real shot at making the state meet but scratched before the finals due to a hamstring injury.

He tallied a few more strong performances at the onset of his sophomore campaign before it was cut short due to the Covid-19 pandemic. His season-best times in the 100 (11.05) and 200 (22.53) were ranked second and third, respectively, in the North Coast Section before the spring season was shut down.

If Stewart continues on his current trajectory he’ll likely be state-bound his final two years of high school before gracing a college program with his talents.

Stewart was also a standout receiver and kick returner for the Wolves JV football team last fall. He had at least 7 touchdown catches, snagged an interception and kicked a few extra points. Watch for him to bring his explosive speed and playmaking ability to the varsity level this upcoming season, whenever that may be.

“As with any potential (NCAA) Division I athlete, he has the drive and skill to push his boundaries and this stoppage will not slow him down,” Stefani Williams, American Canyon track and field head coach.

Gauger, an outside hitter for Vintage, has played with the Crushers varsity team since her freshman year.

As a sophomore she was a second-team all-VVAL player and helped lead the Crushers to a second-place finish in league. Overall, the Crushers went 17-9 overall and 10-2 in league, a record that earned them a bid to the North Coast Section Division 1 playoffs.

Her junior year, she was named a team captain and started as an outside hitter for the second straight year while also filling in at middle back as a defensive player. According to Vintage head coach Kelly Porter, Gauger consistently made great reads and led the team in digs. She was also third on the team in blocks and was named a first-team all-VVAL player and was a finalist for the Napa County Defensive Player of the Year award.

The Crushers improved on their runner-up season in 2018 by winning the VVAL title in 2019, going 10-2 in league and 18-10 overall to earn another playoff bid.

Now with three years of varsity under her belt, the 5-foot-11 Gauger will undoubtedly be a confident and capable leader for Vintage this upcoming season as the Crushers look to repeat as champions in the VVAL.

This past fall season was Taylor’s first on the varsity level, but she more than held her own for the Saints.

An outside hitter, Taylor was one of the the team leaders in kills and digs as just a sophomore. The Saints started slow in the fall but rallied in league and just missed out on securing a playoff bid with a record of 6-8 in the North Central League I and 11-19 overall.

In the 12 games of reported stats, Taylor had 86 kills, 128 digs and 37 aces in her first varsity campaign and was named to All-North Central League I Second Team. She was also named a finalist for the All-Napa County Volleyball Newcomer of the Year award.

As a varsity returner, she’ll be a key piece for the Saints this upcoming season as they look to return to the NCS playoffs in their second year under head coach Jessica McCornack.

If the Saints do make the postseason, Taylor will likely be a large reason why.

Justin-Siena football players are enjoying summer football workouts, even with all of the restrictions to prevent the spread of coronavirus.

After walking away from football after a series of injuries at Cal, Napa High grad Austin Aaron has taken up acting. He has an expanded role in the final season of Netflix's "13 Reasons Why," which was released on Friday.

Senior Day: Recognizing Napa County baseball and softball players from the Class of 2020

With the 2019-20 school year mercifully in the books, The Register wants to give one last shout out to the athletes of the Class of 2020. We start our new Senior Day series today with baseball and softball.

Senior Day: Track and Field: Napa County's 'Class of 2020 about as tough as it gets'

With the 2019-20 school year mercifully in the books, The Register wants to give one last shout out to the athletes of the Class of 2020. We continue our Senior Day series today with track and field.

With the 2019-20 school year mercifully in the books, The Register wants to give one last shout out to the athletes of the Class of 2020. We wrap up our Senior Day series today with boys tennis and coed badminton.

American Canyon freshman Croix Stewart leads the varsity boys 100 meters from start to finish during a meet at Napa High in 2019.

St. Helena High's Ashtlyn Taylor (3) sends the ball over the net as Napa High's Samantha Sowerby (20) and another Napa player try to defend the shot during a match in Aug. 2019.