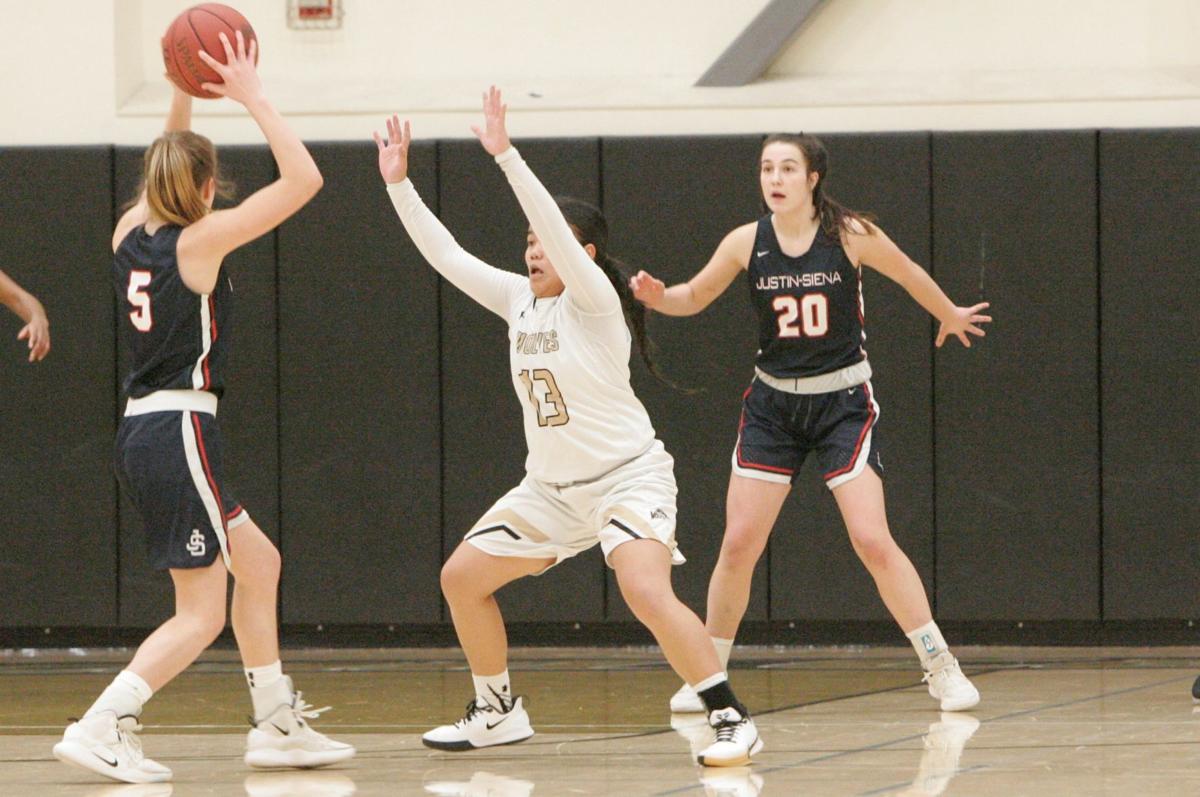 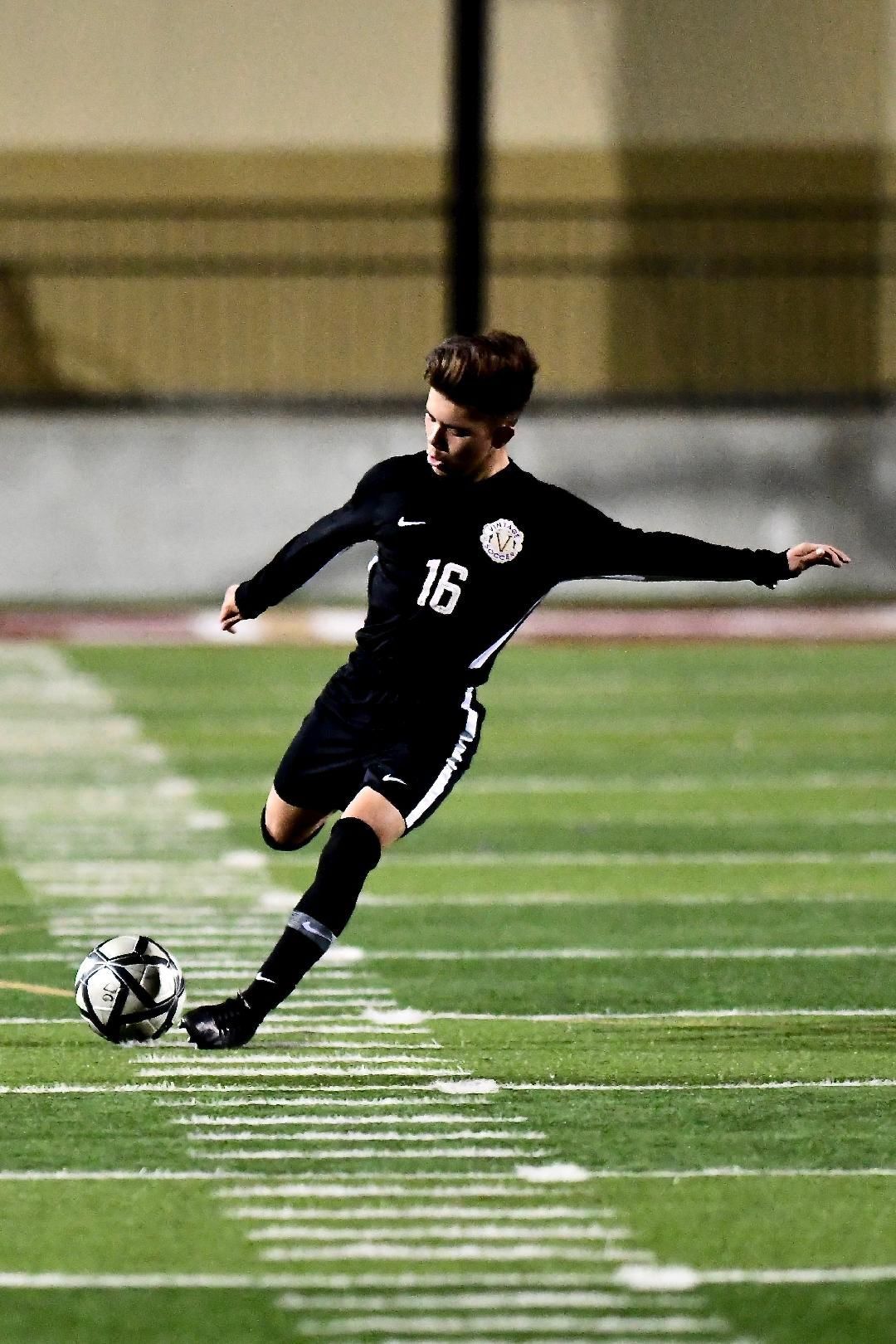 Vintage's Landon Leal Ruiz advances the ball against Dublin's during a game at Memorial Stadium. 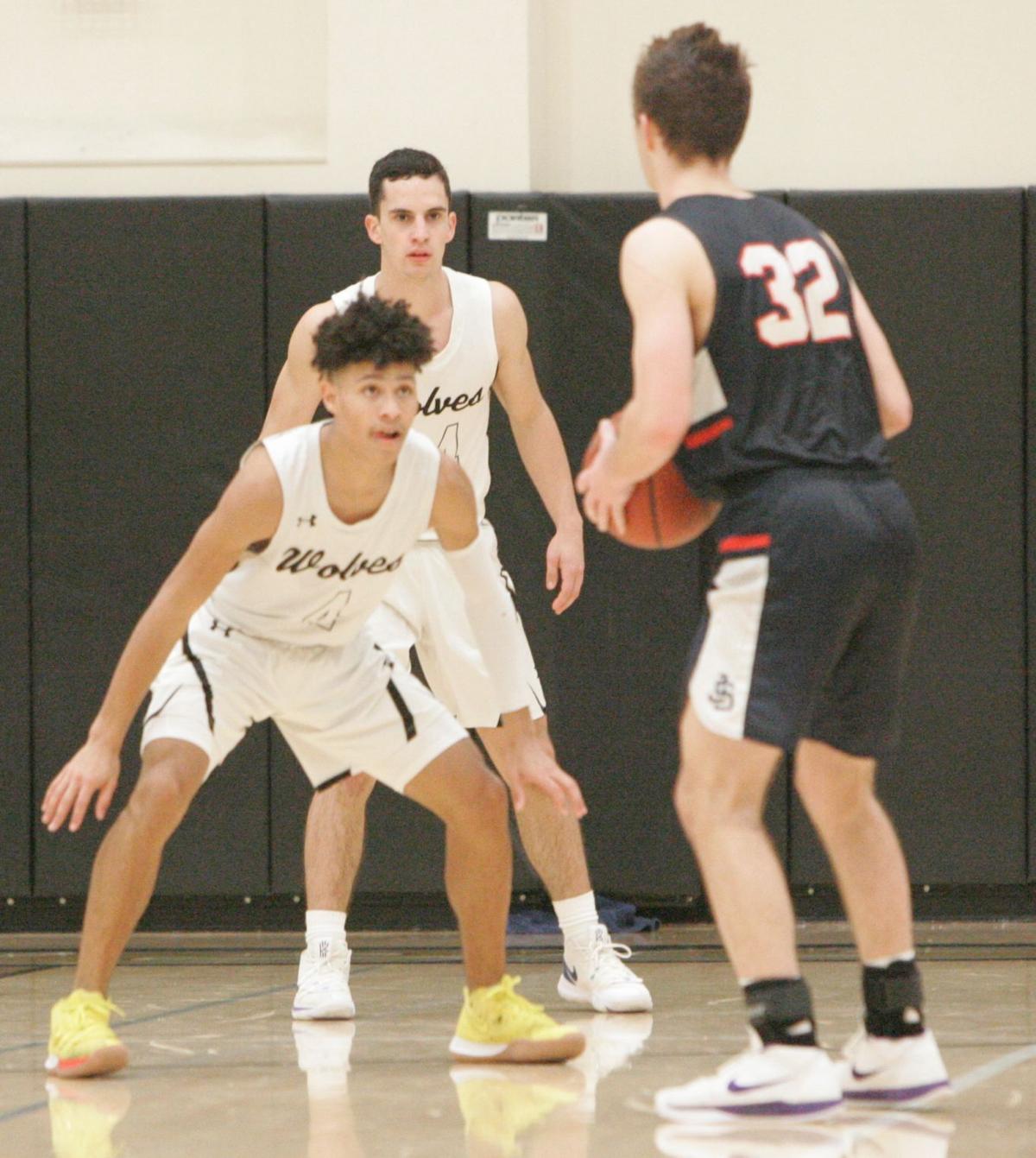 In just her second high school season, Wright was a leading force for the Braves varsity basketball team.

The 5-foot-10 sophomore averaged team-highs of 8.2 points and 7 rebounds per game for Justin-Siena, which went 7-19 overall and 3-9 in the Vine Valley Athletic League in a rebuilding year. Wright, who was a second-team All-VVAL selection and was named the County Girls Basketball Newcomer of the Year for the 2018-19 season, once again earned second-team honors and was one of five finalists for the County Girls Basketball Player of the Year award this past season.

Among her standout performances last winter, Wright had 16 points and 9 rebounds in an upset of second-place Petaluma. She also scored in double digits six times and recorded two double-doubles.

“Bella brings a great motor and effort to every single game,” head coach Andy Bettencourt said. “She rebounds at a high level and can score really well around the rim. We look forward to her continuing to improve as her career progresses.”

As Wright improves and continues to patrol the paint, the Braves should be a competitive team in the VVAL for the next couple years.

Wright also competed for the Braves swim and dive team her freshman year and swam in the 100 backstroke, 200 IM and 200 free relay.

After years of honing his skills with the Napa Soccer Academy, Leal Ruiz has successfully adapted to the high school varsity level in a short amount of time.

The center midfielder led the Crushers JV team in scoring his freshman year and was then an impact player for varsity this past season. He was second on the team in scoring with 12 goals and chipped in 6 assists for the league champion Crushers.

Vintage went 17-4 overall and 11-1 in the VVAL and advanced to the quarterfinals of the North Coast Section Division 1 playoffs as the No. 4 seed.

Individually, Leal Ruiz was also a first-team All-VVAL selection and was named the County Boys Soccer Newcomer of the Year for his efforts this past season. According to his coaches, he came up big in close games, scoring winning goals against San Ramon Valley, Casa Grande, Petaluma and Napa High.

“He was an expert on free kicks and set pieces and,” co-coach Javier Covarrubias said. “His vision, work rate, and tenacity in the middle of the field many times set the tone and control of the game.”

The incoming junior wing has been a key member of the Wolves varsity teams the past two years.

As a freshman, he brought energy, defense and shooting to the table as a role player primarily off the bench. He showed throughout the season he belonged at the varsity level and eventually helped lead the Wolves to a dramatic win over Casa Grande in the VVAL Tournament in the 2018-19 season.

Curry scored 9 points, all on three-pointers, in the fourth quarter of that game to spur American Canyon to the 67-57 win. For his efforts that season, Curry was a finalist for the County Boys Basketball Newcomer of the Year award.

This past year, Curry stepped into a larger role and handled it like a true veteran. As one of the team’s primary defenders, he would routinely match up against opponent’s best players. He was a finalist for the County Boys Basketball Defensive Player of the Year award and averaged 7.6 points, 5 rebounds, 2 assists and 2.9 steals per game in the seven games of recorded stats from the 2019-20 season.

With star guard Oliver Aandahl now graduated, players like Curry and Gabe Patrick will headline the Wolves teams this year and next.

Watch now: How to navigate flu season in light of the coronavirus pandemic

Vintage's Landon Leal Ruiz advances the ball against Dublin's during a game at Memorial Stadium.